The group's vinyl relaunch sees the revival of their '90s debut album It's All Fun and Games Til Someone Loses an Eye, joined by young punks, 50 Foot Woman.

The outfit are finally marking the 25th anniversary vinyl release of their 1997 debut album, It's All Fun and Games Til Someone Loses an Eye which is available now through the band's website.

The self-titled Limerick's "lost boys" have announced their intention to run another Fund:it campaign to similarly re-issue their second album For The Want Of Some Better TV, as well as their lost BBC sessions on 12" vinyl.

For The Want of Some Better TV was released to widespread critical acclaim in 1999 and spawned the singles 'I Can't Breath In Outer Space' and 'Liver'. In some ways it was a considerable departure from their debut, as it featured no guest musicians, few overdubs and was recorded in a fraction of the time as their debut, by a band who'd been honing their skills on the live circuits of Ireland and Britain.

The Hitchers' BBC sessions were long thought to be lost, but were recently unearthed in pristine condition. These include the bands John Peel Session recorded at BBC Maida Vale in July 1997 and their Lamacq Live In Concert Session recorded at Mandela Hall, Belfast, a month earlier, with both recordings capturing the band at the peak of their powers.

Check out to Fund:it video below.

The band also recently announced that up and coming Limerick punk-rockers, 50 Foot Woman, will be their special guests at Dolans on October 28.

In one final bit of news from the band, at their Dolans gig, the outfit intend to re-install their pop-up exhibition Pencil Drawn Punk. The exhibition, which had a run at The Lucky Lane during Culture Night, features all manner of Hitchers memorabilia.

The Hitchers' inclusion on Steve Lamacq's 'Lost Alternatives'; a double compilation album of acts he championed in the '90s, sparked talks of a possible silver anniversary re-release of their debut album. Their track, 'Strachan', was selected to close the album - setting them alongside Teenage Fanclub, Snuff, Sleeper, Travis, Compulsion, Cornershop, China Drum and Suede.

A crowdfunding campaign ensued to finance the reissue, which ended up surpassing its target and all expectations in half the time it was to run. Originally released on compact disc, the album was remastered for a vinyl release in Limerick at the renowned WavMastering studio by Richard Dowling. Throughout 2022, supporters have been receiving rewards like vinyl records, Hitchers-themed greeting cards, handmade glass coasters and even original photographs and artwork from the 1997 release.

The Limerick band came to the attention of legendary BBC DJ John Peel in the '90s after releasing two albums and a slew of EPs. Peel championed the bands debut UK release It's All Fun & Games Til Someone Loses An Eye, also asking the band to record a session for his show that still gets repeat broadcasts to the present day. 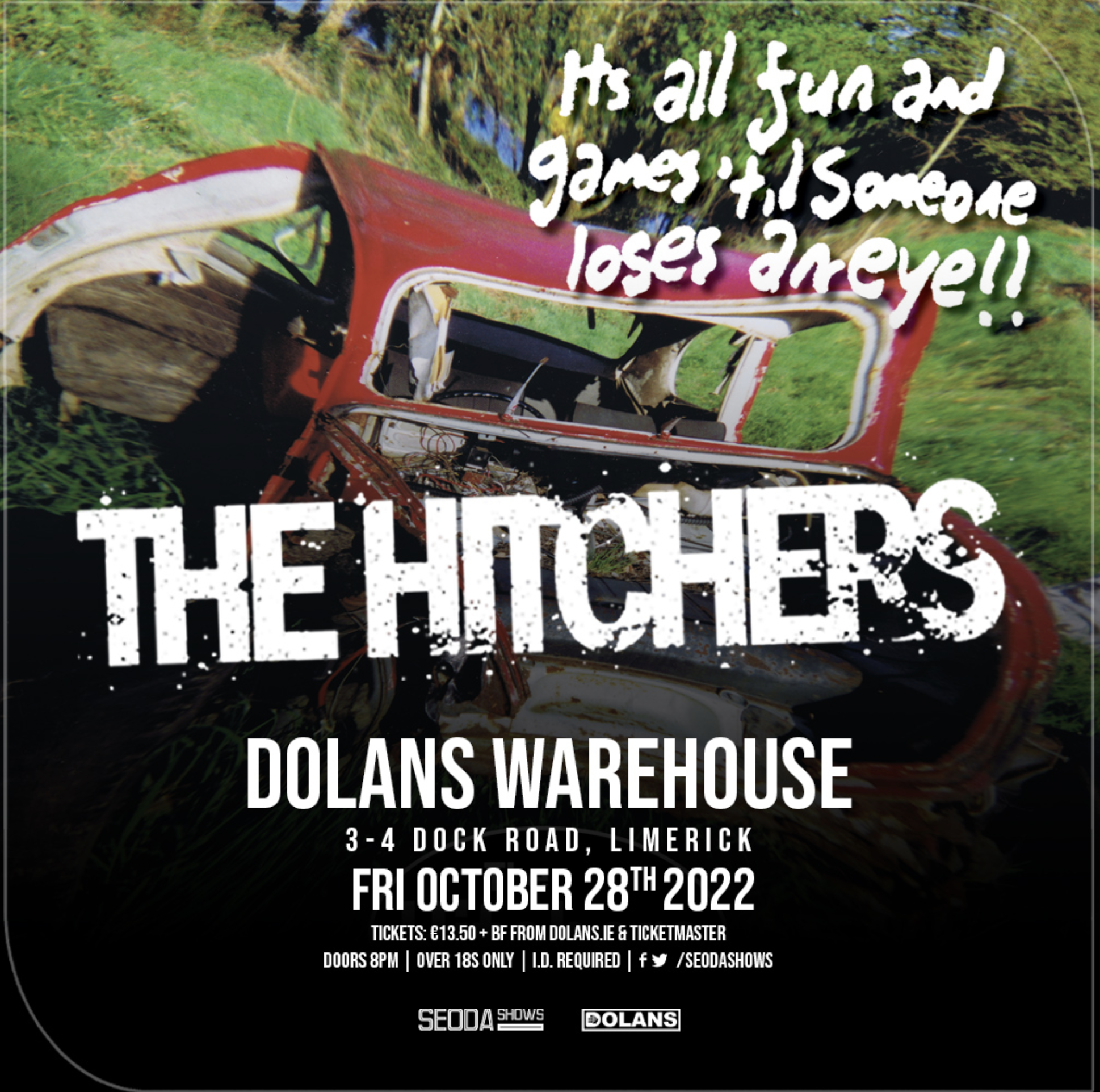 The 'Strachan/You Can Only Love Someone' double a-side single and follow up LP For The Want of Some Better TV gained The Hitchers attention domestically and internationally. The group were a permanent fixture on the gigging circuits of Ireland and the UK, earning a reputation for fiery punk-pop, witty lyricism, and energetic live performances.

Though The Hitchers officially de-mobbed in 2001, over the years they have regrouped for one-off shows and mini-tours, such as their upcoming Dolans show.

Warner Bros Germany approached The Hitchers for permission to use 'Strachan' on 11 Freunde, where the group would rub shoulders with Billy Bragg, The Wedding Present, The Proclaimers, New Order and Half Man Half Biscuit.

"In the UK it's fair to say The Hitchers are mainly remembered for Strachan," Niall Quinn explains. "That was the tune that got played most and still gets played and knocked about and that stirs up interest when the world cup or the Euros roll around. I tend to think of The Hitchers less like a band and more like Dallas. There's some characters who are integral to the story who are only in it for the first couple of seasons. But still the story runs..."

Check out the 25th anniversary re-master of It's All Fun & Games Til Someone Loses An Eye below.