Pride is back in full swing this month, celebrating Ireland’s thriving LGBTQ community. With Pride marches scheduled for cities all over Ireland, we remember the landmark moments in LGBTQ culture on the island of Ireland – starting with the 1861 ‘Offences Against The Persons’ Act

1861: Offences Against The Persons Act
Laws that policed and punished homosexuality date back to the 1800s, referring to sexual acts between men as “buggery”, which was punishable by the death penalty. In 1861, the Offences Against the Person Act was updated and the death penalty was abolished, but the illegality and potential imprisonment for such acts was reinstated. Under the section “Unnatural Offences”, the Act read: “Whosoever shall be convicted of the abominable crime of buggery, committed either with mankind or with any animal shall be liable … to be kept in penal servitude for life.”

1974: Irish Gay Rights Movement
During the 1970s, a number of Irish gay civil rights groups were established, including the Irish Gay Rights Movement chaired by David Norris. Norris spearheaded the Campaign for Homosexual Law Reform, which aimed to decriminalise homosexuality in the Republic of Ireland and Northern Ireland. In 1975, Norris became one of the first openly gay people to be interviewed on Irish television, speaking about the fight against homophobia. Two years after this interview, Norris began legal proceedings to decriminalise homosexuality.

1983: Ireland’s First Pride Parade
In 1983, as the legal battle for the decriminalisation of homosexuality raged, 30 year-old-gay man Declan Flynn was attacked by a group of men in Dublin’s Fairview Park, and died from his injuries. This was one of a series of violent attacks against gay men in Dublin between 1982 and 1983. Two of the men who attacked Flynn gave statements to the Gardaí admitting their part in the killing, stating, “We were part of the team to get rid of queers from Fairview Park.” In his statement which was read to court, he told Gardaí: “A few of us had been queer-bashing for about six weeks before and battered about 20 steamers. We used to grab them. If they hit back we gave it to them.”  The five men were given suspended sentences, with Mr. Justice Seán Gannon stating, “One thing that has come to my mind is that there is no element of correction that is required. All of you come from good homes and experienced care and affection.” This appalling decision was met with shock across the country, and the Dublin Gay Collective organised the largest gay rights march ever in Ireland, with 400 people marching through Dublin on March 19, 1983.  This march is recognised as Ireland’s first Pride parade, and highlights that Pride has always properly been a political protest and demand for rights and equality. 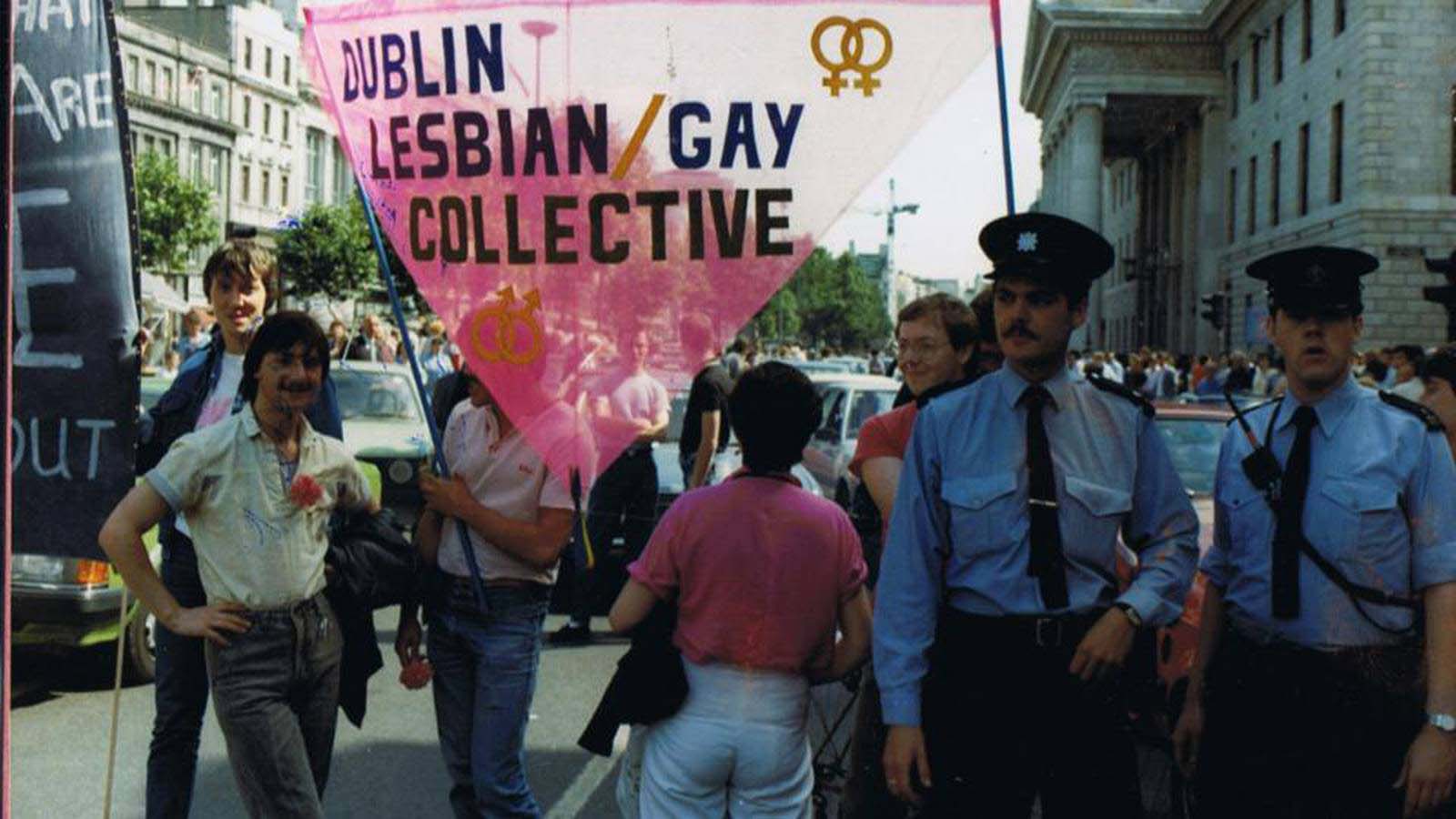 1988: Norris v Ireland
David Norris, now a Senator representing Trinity College, had seen his legal proceedings to decriminalise homosexuality defeated in Ireland’s High Court and Supreme Court. In 1988, Norris took his case to the European Court of Human Rights, where he would win a landmark judgement against the Irish state.

1992: GAZE Film Festival
Now held annually in Dublin, the GAZE International LGBT Film Festival was founded in 1992 by Yvonne O’Reilly and Kevin Sexton as the Lesbian and Gay Film Festival. The festival now runs for several days over the August bank holiday weekend, showcasing educational and entertaining LGBTQ cinema and short films, elevating the work of LGBTQ creatives, and holding events to acknowledge and celebrate the LGBTQ community.

1993: Decriminalisation of Homosexuality in Ireland
On June 24, 1993, lagging five years behuing the judgement of the European Court of Justice, Ireland passed legislation which finally decriminalised homosexuality. On June 25, David Norris wrote in The Irish Times: “When, next week, this Bill is passed by Seanad Éireann and sent to the President for signature I will, for the first time in my life, feel that I am at last a full and equal citizen in my own country.”

1996: First Gay Kiss on Irish Television
Airing on RTE since 1989, soap Fair City began as a modest series about four households; the O’Hanlons, the Kellys, the Clarkes and the Corcorans. Over the years, it has gone on to tackle many topical, complex and sometimes controversial topics, including domestic abuse, rape, suicide, drug addiction, sex work and mental health issues. But the moment that really got the nation talking came in 1996 when characters Eoghan and Liam almost kissed. Even though the characters were interrupted, the moment became the first representation of a gay relationship on Irish television. The first actual gay kiss occurred on Ros Na Rún that same year, when Tom and Owen shared a tender moment in Connemara. 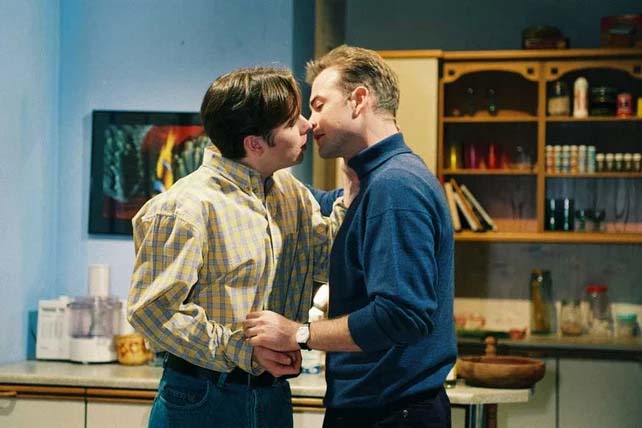 1997: Dr. Lydia Foy Challenges Ireland’s Official Recognition of Gender
In April 1997, trans woman Dr. Lydia Foy began legal proceedings in the High Court after being refused a new birth certificate and legal recognition of her female gender. Dr. Foy highlighted how the practice of using only biological indicators to determine gender ignored her lived experience and interfered with her constitutional rights, as she would be unable to legally marry a man. Dr. Foy’s legal actions would take years, but she brought vital attention to the oppression of trans people in Ireland.

2010: Civil Partnership Act
Seventeen years after homosexuality was decriminalised in Ireland, the Civil Partnership Act passed through the Dáil, giving gay couples more rights than they had held previously. The Act had severe limitations, as it did not change the law on issues relating to children, including issues around guardianship, adoption, custody, access or maintenance. But it was a start...

2014: Panti Bliss’ Noble Call
On January 11, 2014, drag performer and gay rights activist Rory O’Neill, also known as his stage name Panti Bliss, appeared on RTÉ’s The Saturday Night Show with Brendan O’Connor. O’Neill alleged that certain individuals within Irish journalism were homophobic. When the individuals mentioned threatened legal action, O’Connor issued a public apology on behalf of RTÉ – and RTE paid €85,000 to the named individuals.  A month later, Panti Bliss took to the stage of the Abbey Theatre and gave an impassioned speech about homophobia in Ireland and the nature of oppression, highlighting how homophobia is perpetuated by our reluctance to name it, even in the face of damning evidence. The speech became an international sensation, going viral and sparking off much-needed discourse around homophobia and gay rights in Ireland. 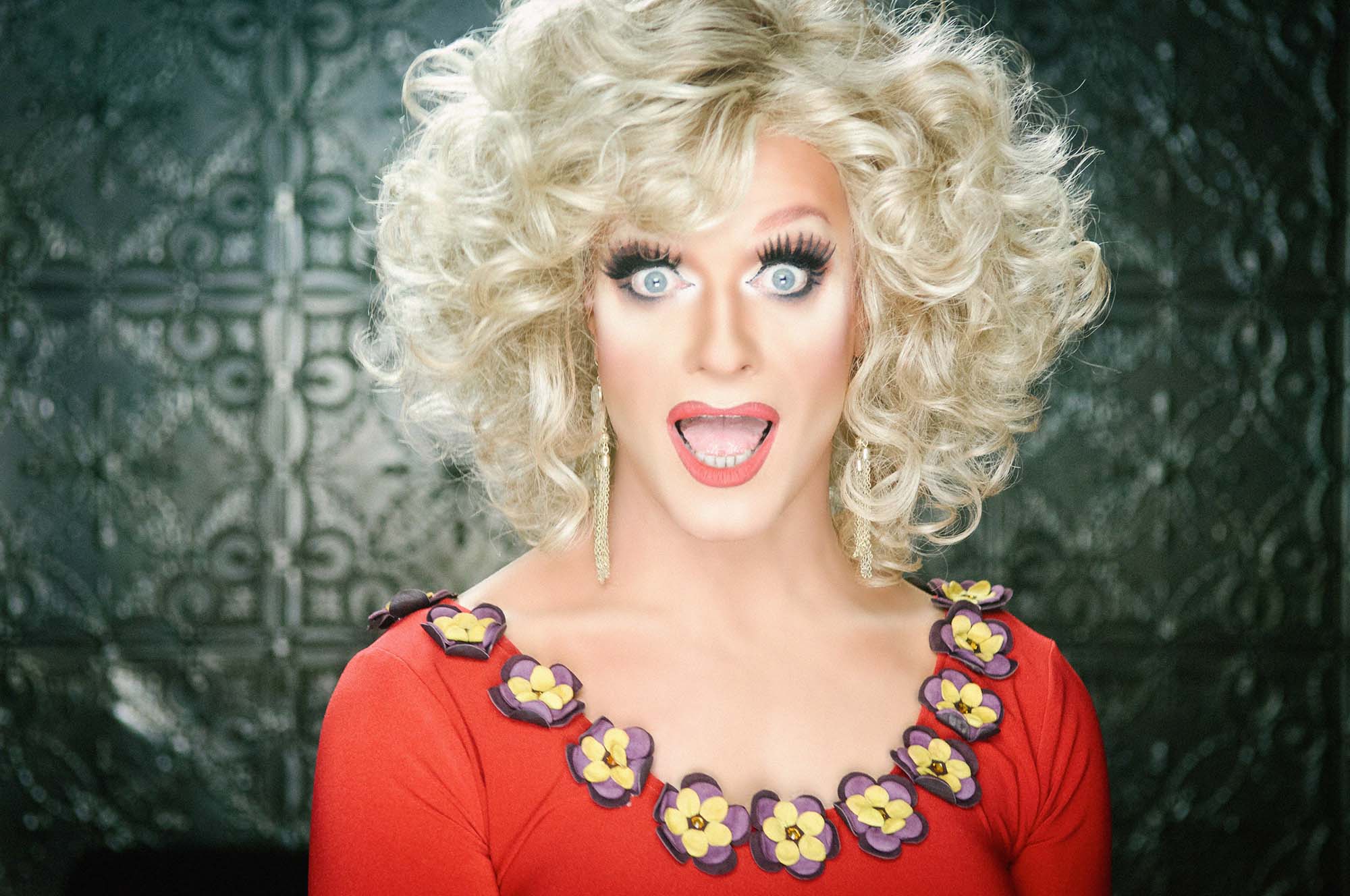 May 2015: Same-Sex Marriage Referendum
In a historic referendum which amended the Constitution of Ireland, Ireland became the first country in the world to bring in same-sex marriage by popular vote. In total, 62% of voters backed the amendment. The result was celebrated as a huge progression for gay rights in Ireland, as well as an acknowledgement that Ireland was moving away from the limiting beliefs of its past, and becoming a leader in terms of equality and inclusiveness on the world stage.

July 2015: Gender Recognition Act
In May 2010, the Gender Recognition Advisory Group (GRAG) was established to advise the government on legislation to recognise and protect the gender of trans people. A year later, the group published its recommendations and proposed gender recognition legislation, which was finally passed in July 2015.  The act means that a person can apply for a Gender Recognition Certificate to the Department of Social Protection in order to have their preferred gender recognised by the State. The fight for trans rights continues in Ireland, to make it easier for trans people to access healthcare and gender affirmation surgery, and to advocate for the rights of young trans, non-binary and intersex people.

January 2017: Lifetime Ban on Donating Blood for Men Who Have Sex With Men is Lifted
The Irish Blood Transfusion Service (IBTS) had a lifelong ban on men who had sex with men ever donating blood. In 2015, Galway student Tomás Heneghan took a legal action against the IBTS to lift the ban, and the bid was successful – up to a point. Under reformed law, only men who have not had sex with another man within the past 12 months were allowed to donate blood, if they meet the other blood donor selection criteria. From March of this year, this time was reduced to four months, under certain circumstances, marking another move to making blood donation more inclusive. HIV Ireland has expressed disappointment, however, that the IBTS decided not to implement a recommendation to remove oral sex as a reason for deferring gay and bisexual men, as agreed by an expert review group.

June 2017: Ireland’s First Openly Gay Taoiseach
On June 14, 2017, Leo Varadkar became Ireland’s first openly gay Taoiseach. Varadkar first spoke publicly about being gay on RTE Radio One while still acting as the Minister For Health, saying, “It’s not something that defines me, I’m not a half-Indian politician or a doctor politician, I’m not a gay politician for that matter. It’s just part of who I am.”

The Future…
While Ireland has made huge strides in supporting the LGBTQ community, there is still a long way to go. Bills banning conversion therapy on LGBTQ people have stalled in the Seanad; legislation on sex education needs to firmly establish the inclusion of LGBTQ issues; and access to healthcare and support for trans, non-binary and intersex people is still complicated and limited. Ireland is still fighting against the transphobia that too often permeates society.

But over thirty years, Ireland has managed to dismantle so much of the vicious bigotry and ignorance of the past. We are a nation that has embraced progress and equality. Let’s make sure that we continue to do so. 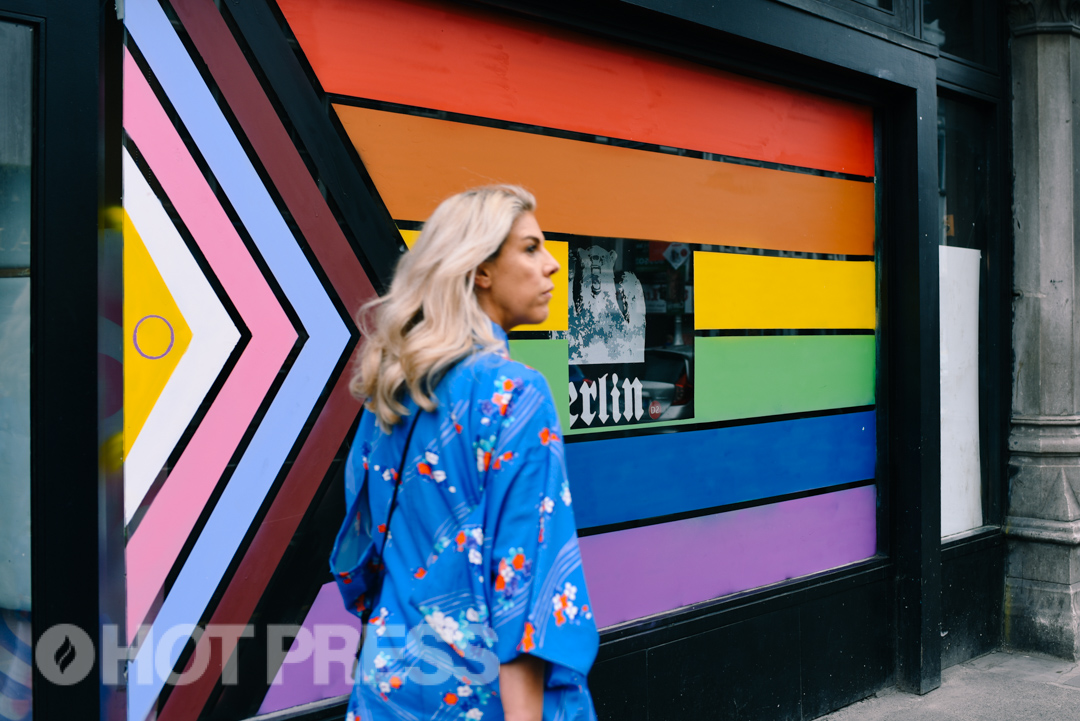