Rory Gallagher was born in Ballyshannon in Co. Donegal, although I know that Cork people often try to claim him because his family moved down! Indeed, you can find a statue of Rory in Ballyshannon, and you can find one just off St. Patrick’s Street in the city by the Lee, just as you can find Rory Gallagher Corner in Temple Bar, in Dublin. I know that it is intended to erect another statute outside Ulster Hall in Belfast, which is so appropriate given Rory’s long association with a venue to which he brought light, hope and the blues during the darkest days of the Troubles.

Rory began his career, like so many Irish musicians in the 1960s, as a member of one of the showbands that toured the ballrooms of Ireland. In their own unique way, showbands were representative of the vibrant culture of the 1960s, when so many Irish people were hungry for knowledge of the world, for new books, new music, new culture, new experiences. For example, Galway had two venues – Seapoint Ballroom and The Hangar. Queues formed at the former for Acker Bilk and ‘Strangers on the Shore’ and Brendan Bowyer and The Royal Showband.

Each of the members of the Impact, Rory’s showband, was expected to adopt the style of one of their heroes. Rory Gallagher chose Chuck Berry, who drew on the deep tradition of African-American music to become one of the pioneers of rock and roll. Rory would later star and also record with Chuck Berry. There is a wonderful YouTube clip of Rory performing a cover of ‘Nadine’ on the German TV show Rockpalast in 1982, where you can see that Rory had all the moves.

Rory enjoyed great success in Ireland and internationally with Taste, a three-piece blues band he formed in 1965, with whom he recorded three albums that are still regarded as seminal. Later, with Gerry McAvoy and Wilgar Campbell on bass and drums, he performed under his own name. The fact that all you had to do was put Rory Gallagher on the posters was a reflection of the huge following he had gained amongst rock and roll fans across the world. Already by the 1970s he was being hailed as the best guitarist in the world. The Byronesque image on the poster was of an iconic figure who had gone to a level of excellence few might ever achieve and had done so while retaining grace.

There were various other line-ups, with musicians – and especially drummers – coming and going. But no matter what the line-up, those who were fortunate enough to attend his gigs during the 1970s and 1980s can attest to the extraordinary vitality and vibrancy of those concerts, as well as his sheer talent and excellence on the guitar. Indeed, so complete was his mastery it is now impossible to mention the Fender Stratocaster without thinking of Rory Gallagher.

Although he was one of the greatest musicians of his age and a very fine songwriter too, Rory was popular not just for his ability. As all who knew him will tell you, he was warm, generous, kind and compassionate – indeed so much so that he belied all the stereotypes of the self-indulgent ‘rock star’. He was naturally shy, but he was never distant. He had a powerful bond with his fans, who regarded him as one of them, who just happened to be a musical genius.

It is to Rory Gallagher’s eternal credit that he remained unmoved by the general musical fashions of his day, forging his own distinctive path, creating a fusion of folk, blues and rock and roll that, in its sheer technical brilliance and artistry, remains unsurpassed. I suspect it will never be equalled. 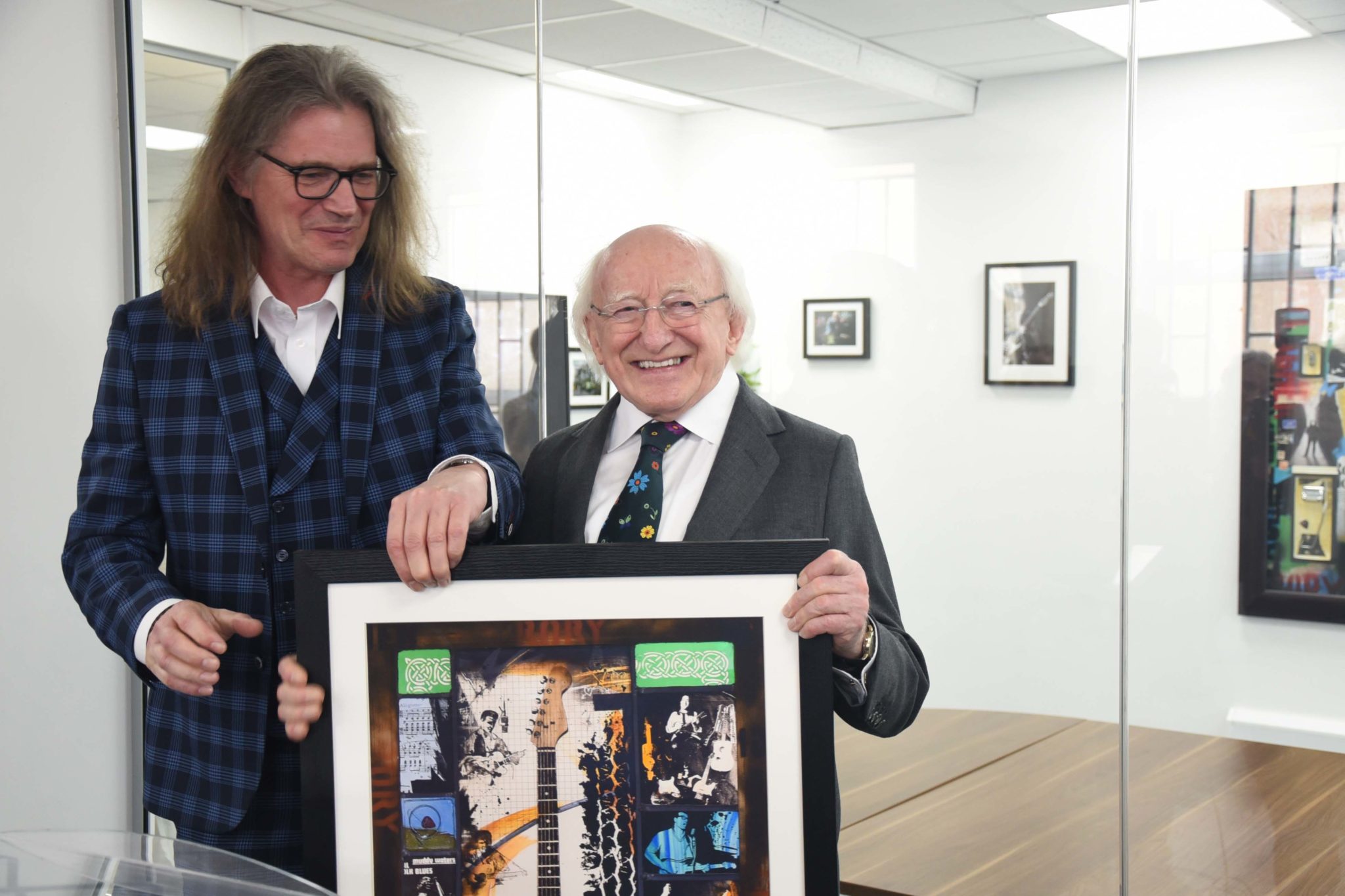 The special Rory Gallagher 25th Anniversary Issue of Hot Press is out now – featuring reflections on Rory's legacy from Imelda May, Johnny Marr, Mumford & Sons, Mick Fleetwood, Steve Van Zandt, Slash and many more. Pick up your copy in shops now, or order online below:

Live Report: The 1975 deliver exhilarating dual show at Dublin's 3Arena
Hot for 2023 Irish Acts: TraviS & Elzzz
ETBI: "There's a real pride in Further Education and Training, as the journey of choice, and the primary choice, for many learners"
Ballyfermot College of Further Education: The Home Of Incredible Creative Talent
EU Careers: "The amount of things you can accomplish is amazing"
Live Review: Des Bishop brings laughter and tears to the 3Olympia Theatre