Love Sensation marketed itself as "the most colourful festival Ireland will see" and we can confirm that it definitely lives up to its promise. Being a LGBTQ+-centred festival, rainbow flags and glitter – a looot of glitter – is everywhere, making it not only the arguably prettiest festival but also Ireland's most diverse. Everyone is welcome at Love Sensation and greeted with good vibes and positive energy.

From the first act onwards, it is all about having fun and celebrating who you are. Joyful Noise Choir take to the main stage first. The group consists of teenagers and adults with physical or intellectual disabilities. They perform popular songs from Cher's 'Believe' to 'Don't Look Back In Anger' by Oasis, infecting the audience with their, well, joyful attitude until everyone is singing along. They clearly have the time of their lives on that stage! 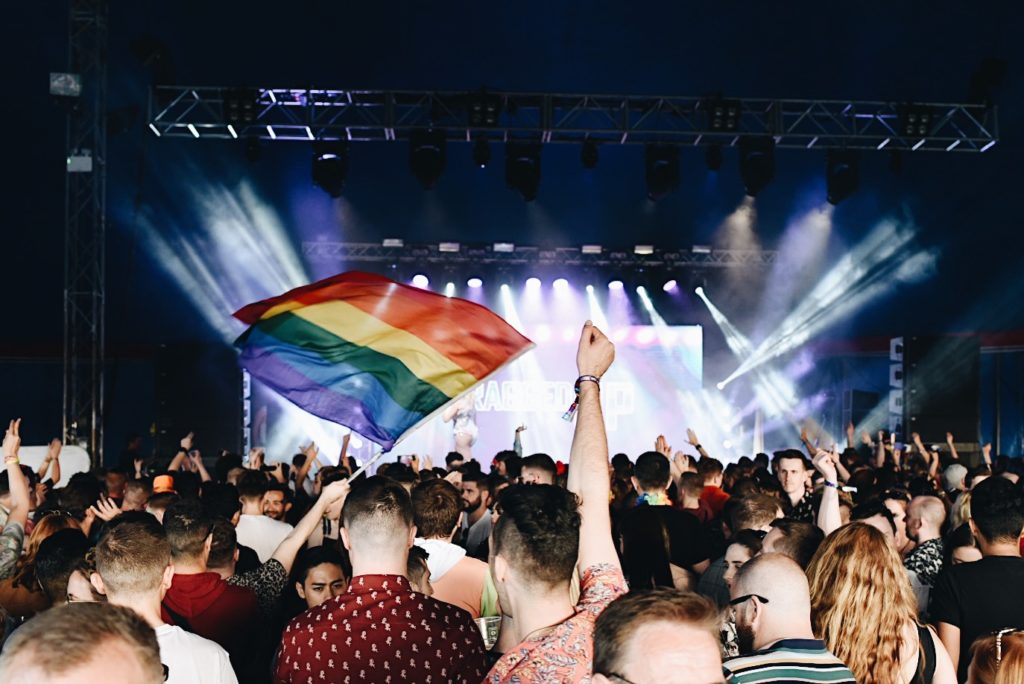 Processed with VSCO with a6 preset

Next up is 10-piece funk-pop band Toucan, bringing all the summer vibes to Love Sensation. Their songs perfectly capture the laid-back atmosphere of the festival with a fresh and breezy sound. Featuring a trumpet and two saxophones, the band combines funky rhythms with soul and pop. Their song 'Gold' even has a bluesy feel to it. Toucan's mixture of multiple genres works well with the audience that gets on their feet to dance to these summery tunes. The highlight of the set was easily their closing song 'We Fell For Miles', previously crowned our 'Track of the Day'. It gives every single instrument time to shine with multiple solos and instrumental parts.

Just as genre-bending as Toucan, emerging Irish talent Soulé takes to the main stage next. She combines soulful vocals with house and hiphop beats, creating a unique sound that she calls "the Soulé experience". Love Sensation's organisers, the team behind the Dublin night club Mother, hit the mark once again with their choice of artist. Soulé's songs promote self-love and empowerment, brought to life by her self-confident attitude.

Having just two songs left, the singer walks off the stage, however, only to return and explain that she had to take her shoes off "cause this is the fire section, baby!". She certainly delivers on her promise as the next few tracks, an unreleased song and 'Love No More', definitely light up the stage. It goes without saying that the audience danced throughout Soulé's whole show.

The following set of Mother DJs keeps the people dancing, mixing popular songs like 'Juice' by Lizzo or Abba's 'Gimme Gimme Gimme' with house and electronic tracks. They even welcomed a special guest: house singer Miss Kate joined them on stage to perform some of her own songs.

The Love Sensation main stage hosts real hiphop royalty next: Kelis is about to perform and the crowd naturally goes crazy when she enters the stage. With multicoloured hair and a positive attitude, she delivers an energetic set full of danceable tracks – as one would expect from an artist that is responsible for 2000s bangers like 'Milkshake' and 'Trick Me'. 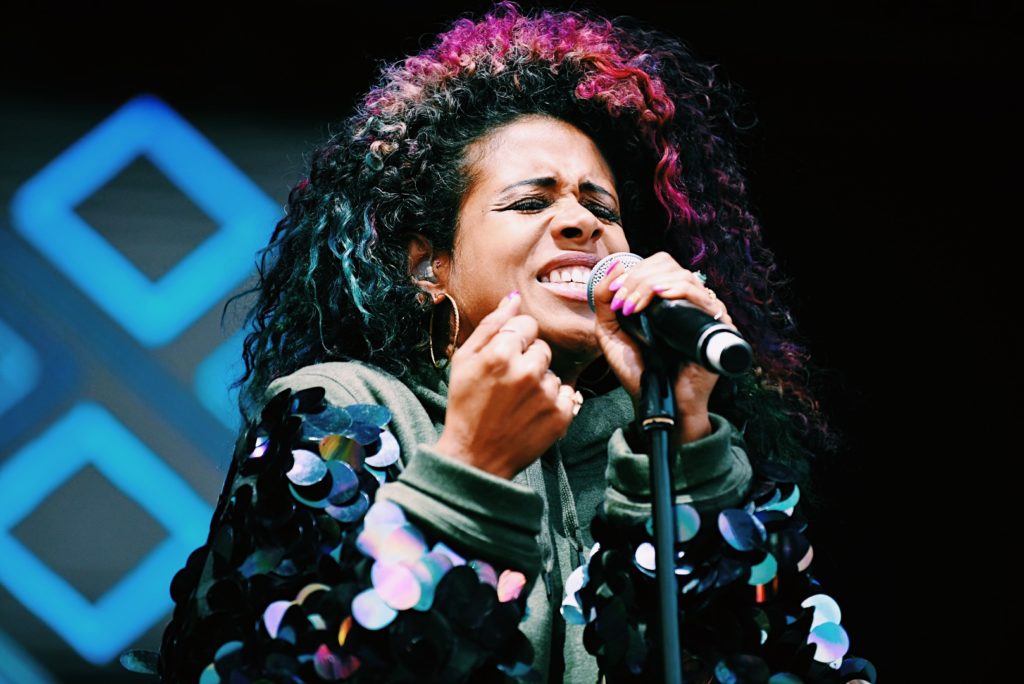 Kelis at Love Sensation | Processed with VSCO with c1 preset

But Kelis didn't only perform her own songs. Halfway through the concert, the beginning beats of Whitney Houston's 'I Wanna Dance With Somebody' start, a popular anthem for the queer community. Followed by another Houston track, 'How Will I Know', and – plot twist – the famous riff from Nirvana's 'Smells Like Teen Spirit', a wild dance party begins. And it doesn't seem to end any time soon, as the next act is non other than Love Sensation's headlining star Lily Allen.

Entering the stage, Lily Allen wears a delicate long dress with a big camouflage coat over it, that she gets rid of after the first few songs. The outfit somehow mirrors the image that she paints of herself in her music: a soft, girly-like voice combined with a straight-up sassy, badass, self-confident and honest attitude. Between hit songs like 'The Fear', 'Smile' and 'LDN', she explains what her songs are about and talks to the crowd, even asking one fan if her spanx show. Through that, she creates a real connection between her and the audience; a kind of connection, that doesn't seem forced but quite natural.

Although Lily Allen performed a slew of danceable bops during the main set, she saves the best for last. As she reenters the stage in a new outfit, a beautiful black ensemble, she begins singing 'Who'd Have Known', which served as one of the very few calmer moments of the day. Anything but calm was the audience's reaction to the announcement of Allen's following song: "This next one is about bad sex", she proclaims and everyone knew – it's 'Not Fair', of course! 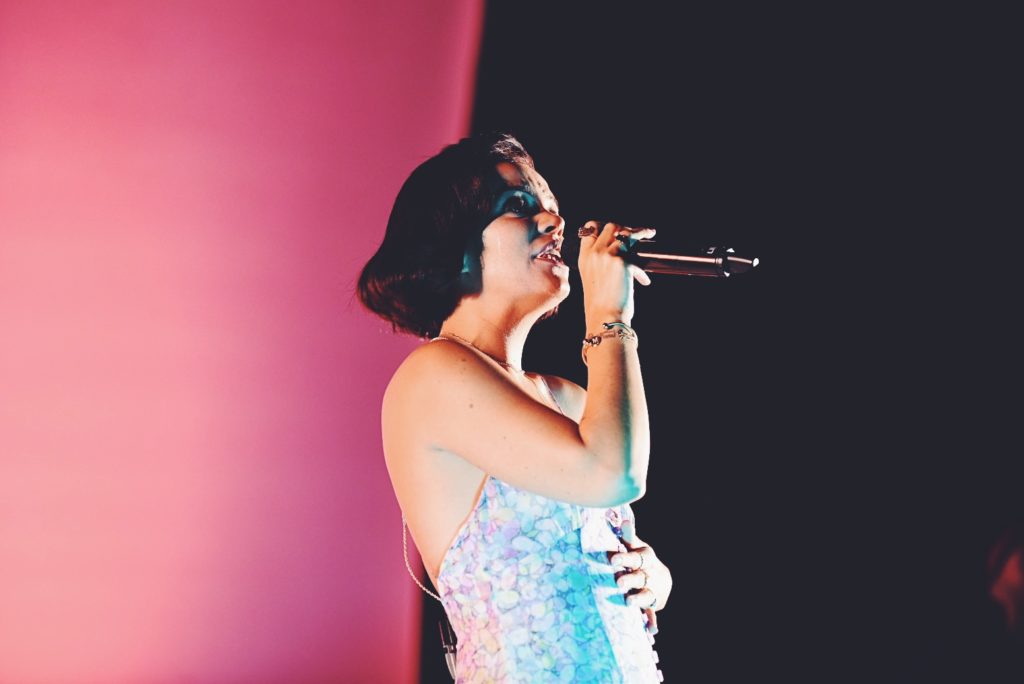 There was one song left, however, arguably the one everybody was waiting for. Just as our very own Stuart Clark in his interview with the UK star predicted, Lily Allen dedicated 'Fuck You' to two 'special' politicians: "This one is for all the haters! This one is for Donald Trump and Boris Johnson!" (The latter previously described gay men as "tank-topped bum boys"). It's safe to say that all the middle fingers that rised in the air during the catchy chorus were aimed at the two men.

Ahead of her performance at Love Sensation, Lily Allen said: "Amidst all the fun – and it's an amazing line-up and venue – it's worth remembering that the freedom to come together like this, and celebrate, has been hard won". As true as that is, it was nice to see people of all kinds enjoying that hard-won freedom, celebrating not only diversity but also themselves. This is Love Sensation's first year and we hope there'll be many more to come!

Student Special - College Life: "While there are no clear answers, the journey itself is what is most important"
New Irish Songs To Hear This Week
Yewande Biala: "A lot of people don’t see police brutality up close in Ireland, so they don’t believe it's here"
Student Special: "Although it's important to be aware of what's happening in the world, doomscrolling is harmful in a plethora of ways"
Colm Mac Con Iomaire, Clare Sands, The Mary Wallopers and traditional Palestinian musicians to play Dublin gig in aid of Lajee Centre in Aida Refugee Camp
Dunboyne College Of Further Education: Experienced Staff & An Outstanding Reputation