Saturday and Sunday nights marked the first full-capacity gigs in the stadium since 2019 and chart-topping musician Ed Sheeran didn't disappoint. Taking to his Instagram stories following the concert, the Equals singer-songwriter told his 37 million followers it was "probably one of my favourite shows I've every played...Thank you so much Dublin."

As I entered to find my seats at Croke Park on Sunday night, I was not prepared for the spectacle that awaited me. As an Ed Sheeran fan, I was beyond excited. Having seen him perform on his 'Divide' world tour back in 2017, I thought I knew what to expect– oh, was I wrong.

Walking through the concrete tunnel to section 313 in the steadily filling 80,000+ capacity stadium I was met with a stage like no other. A giant circle shaped like a vinyl record was in the centre of the set up, surrounded by large tilting pillars adorned with hanging guitar-pick shaped screens, which lit up red with the artist’s butterfly animations. What fans would soon find out was that the stage itself not only looked like a record, but spun like one, too. 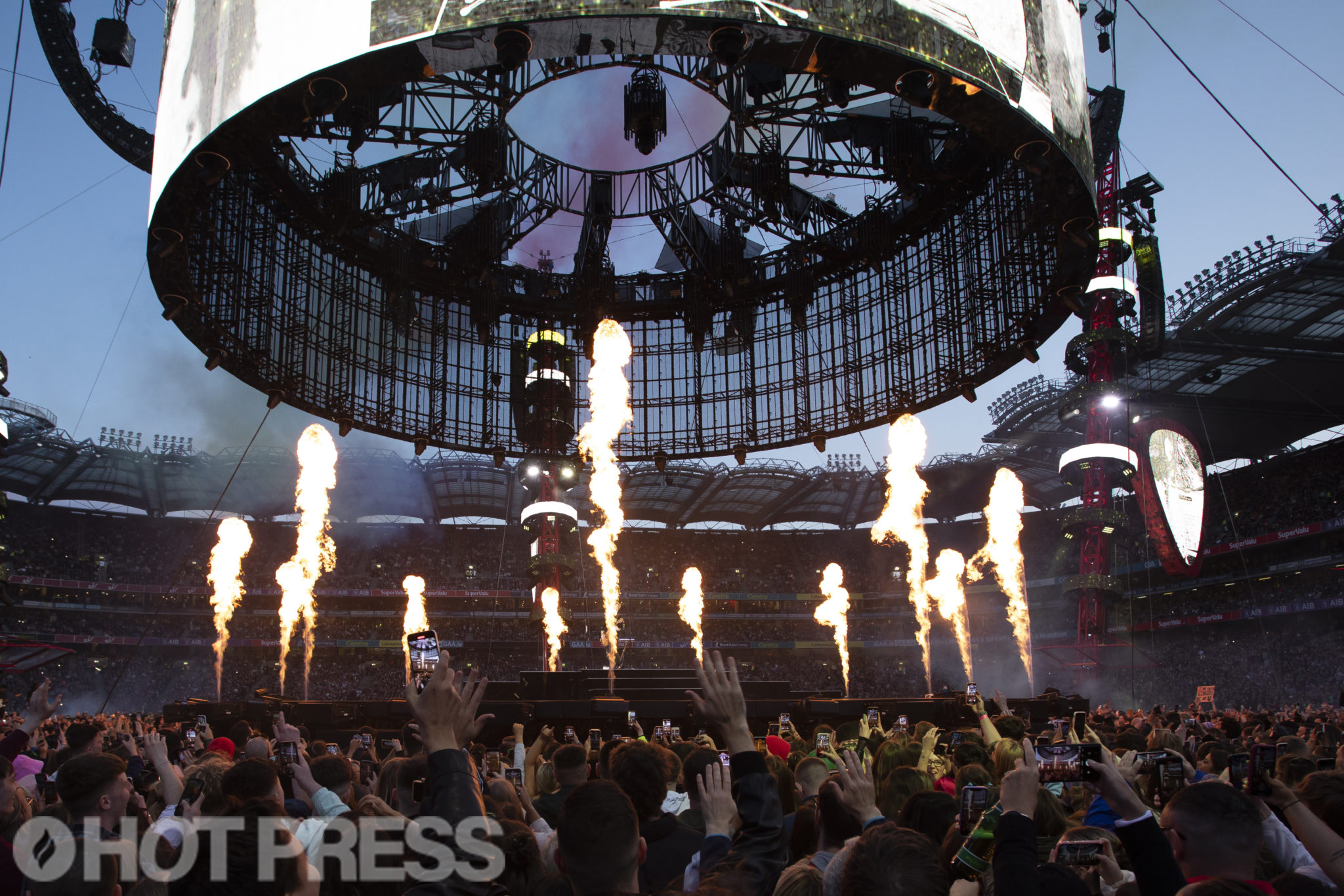 Following lively performances from warm-up acts Denise Chaila and Maisie Peters, the 10 minute countdown clock suddenly appeared on the ginormous circular screens hovering above the main stage jolting the crowd to attention– it was about time to welcome Ed Sheeran back to the legendary venue after seven years. Saturday marked his first stadium show in three years.

It’s been a long time since Dublin has been able to come to Croke Park at full capacity, let alone to see an act as big as Ed Sheeran. Due to a break in touring for Ed and the recent Covid-19 pandemic causing show delays and cancellations worldwide, fans were eager to get back to live music.

2021's Equals came after Ed’s marriage to his childhood sweetheart Cherry Seaborn in 2019 and the birth of their first child, Lyra Antarctica Seaborn Sheeran, in August of 2020. The project includes many songs inspired by his newfound joy as a parent.

Ascending to the stage, Sheeran looked small against the hovering walls of Croke Park, guitar in hand– already playing his heart out with his first song 'Tides' off of his most recent album. Insane visual graphics, fire, and fireworks became par for the Sussex native's course throughout the night.

“Dublin, how're you feeling tonight?” Ed shouted to a roaring response from the crowd. He switched guitars with a stage hand and it was time for the next song 'Shivers', his global hit from September 2021. 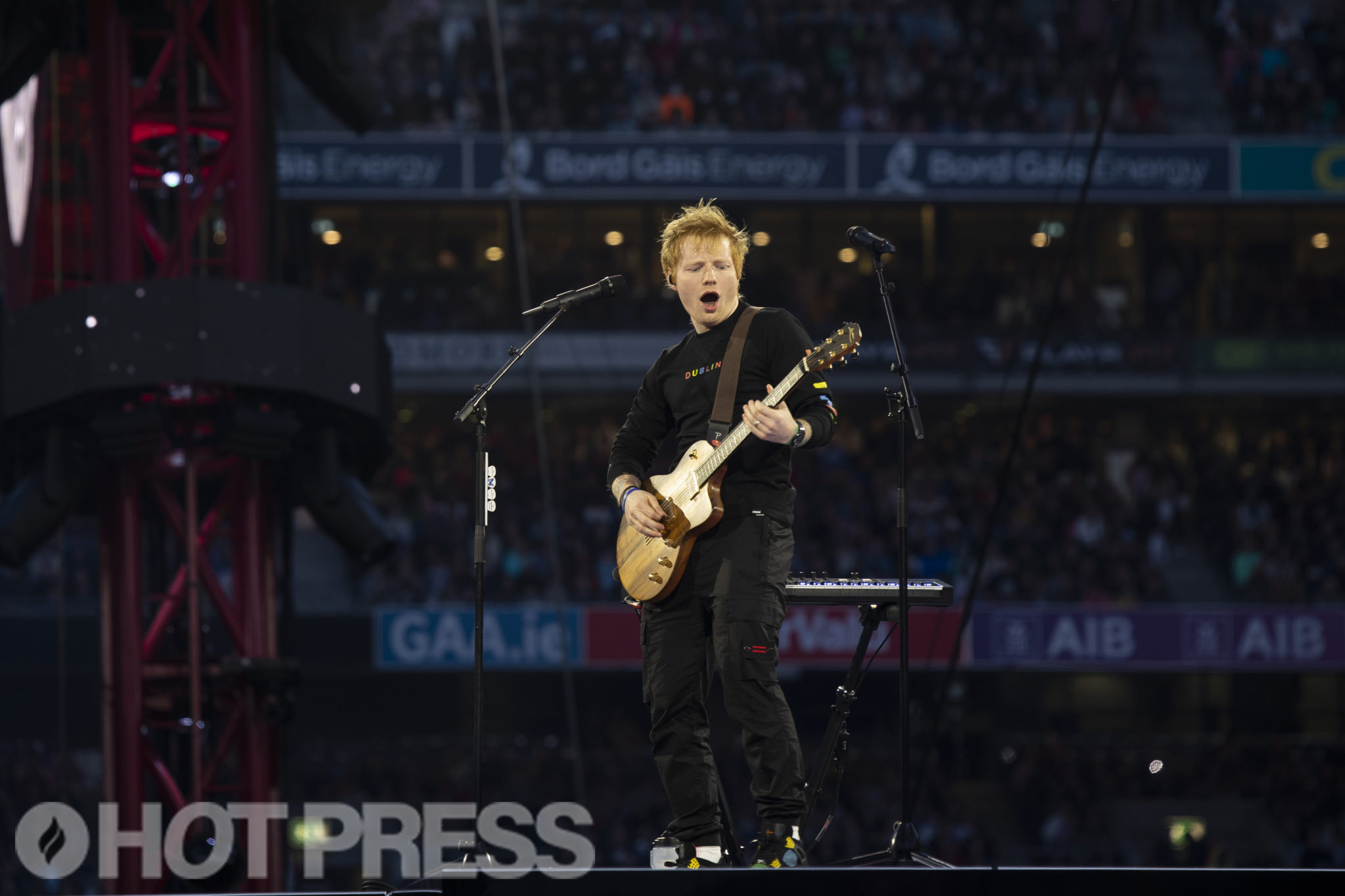 Tonight was different, in that the loop pedal-obsessed Sheeran made use of a live band. “I knew I needed something extra for Croke Park,” he explained to the crowd. With his No.6 Collaborations Project and Equals, he knew he needed a little extra support on certain songs to make them as big and bold as they needed to be.

He assured everyone that the loop pedal was still here to stay – in fact there wasn’t just one on the stage like his past shows, but five surrounding the stage. “Everything you hear tonight is completely live,” he explained to the audience. No backing tracks and everything is deleted afterwards from his loop pedal making each show a little bit different and unique.

“I realise how special it is to be able to play in this place. I’m going to sing a song that started it all out for me,” he began as the notorious guitar pattern of 'The A Team' played out over the stadium. The lights changed to a purple haze and all of a sudden the 80,000 person audience was louder than Sheeran himself, screaming out the song and shining their flashlights unprompted for the record-breaking artist to see. The magical atmosphere was contagious.

As the final note rang out, Ed explained how his sets have their fair share of acoustic songs, “but I know Dublin can get rowdy,” he said as he entered an explosive rendition of 'Castle on the Hill'. Soon every seat in the house was empty as the crowd rose to their feet and belted out the single detailing the artist's younger years growing up in Suffolk.

The sky darkened and the show went from hit to hit to hit, each bigger and more engaging than the next. A mash-up of 'Don’t'/'No Diggity' showcased the Englishman’s impressive rapping skills, while 'Give Me Love' caused the singer-songwriter to restart after tuning his guitar once more.

Sheeran delivered an emotional version of 'Visiting Hours' – a song written about the grief of a passing loved one– and a mashup of his collaborative songs before one of the biggest moments of the show – 'Galway Girl'. Inviting up a fiddle player, Ed started off with the classic tune of the same name by Sharon Shannon. The Irish flag was projected out from floating lights in the centre of the stadium as a sea of hands swelled like waves up and down to the twee tune. 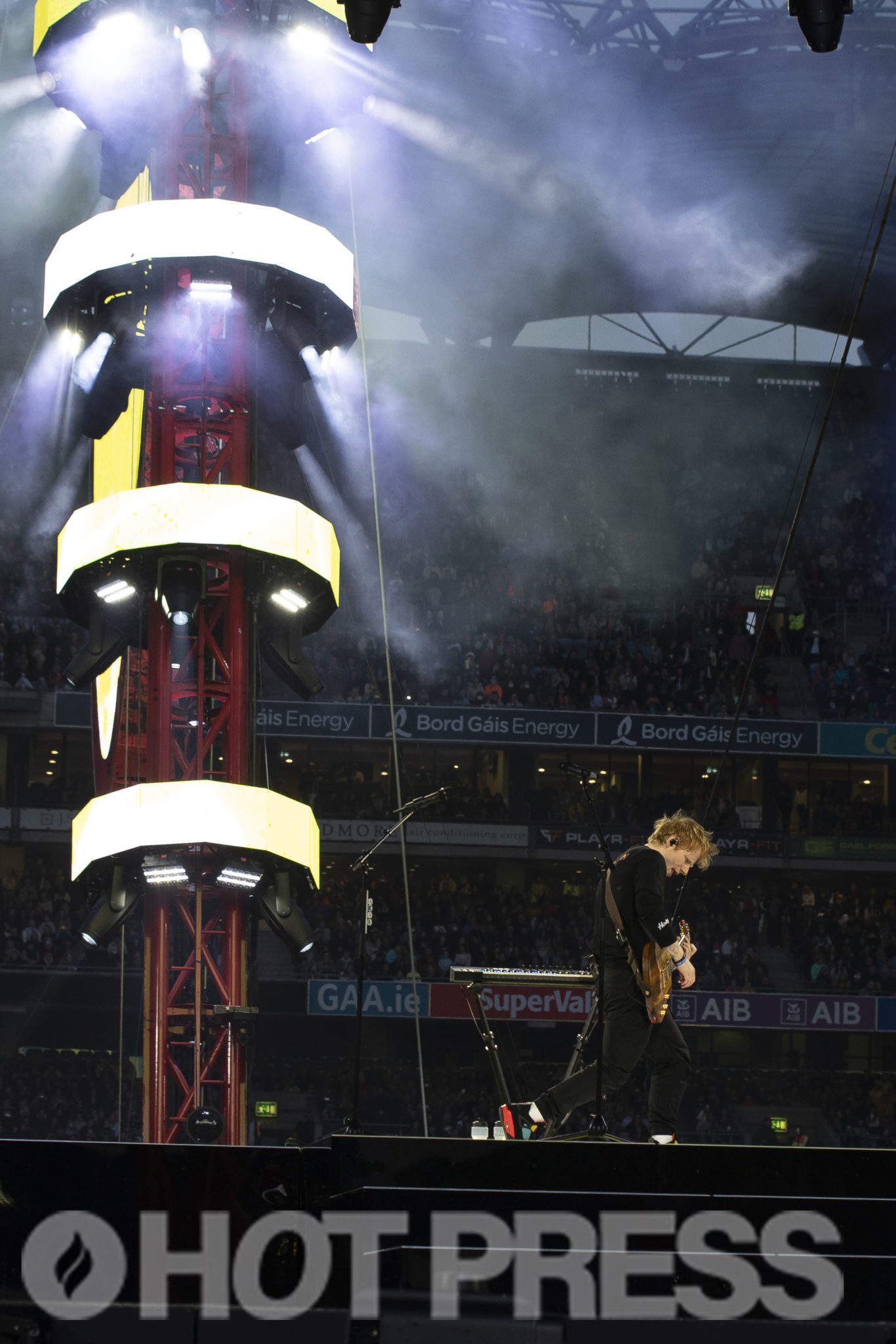 Throughout the entire set, audience members got an inside glance into the life of Ed Sheeran. He gave anecdotes about his early days busking in the streets of Galway, deciding to become a songwriter so he always had something to fall back on. This sparked the singing of one of the many songs Sheeran has written for other artists, Justin Bieber’s 'Love Yourself'.

As stacked harmonies and emotional ballads continued throughout the night with hits like 'Photograph', 'Perfect', and 'Bloodstream', it became clear that the night was coming to a close when the 31-year-old began singing the traditional Scottish song 'The Parting Glass' to bid his loyal fans a good night before exiting the impressive stage.

None were fooled by the quick departure and cheered the singer back on for his encore of 'Shape of You' followed by 'Bad Habits'– another cardio heavy song which made me doubt the sturdiness of the thick soles of my platform Doc Martens.

Closing out the show as he always does with 'You Need Me, I Don’t Need You' and a massive fireworks display, Ed Sheeran left the stage through the crowd like the hometown hero he (kind of) is, despite not technically hailing from Ireland.

A complete shift from his small warm-up gig I had attended earlier in the week at Vicar Street, these two contrasting performances solidified Sheeran's reputation as an incredible performer. Not many artists would brave Croke Park almost entirely on their own with a guitar and a loop pedal, but Ed not only pulls it off– he knocked it out of the park.

Listen to Equals below.