Dr. Barbara Dawson, director of the Hugh Lane Gallery, takes us through some of the highlights of the iconic cultural institution’s collection – and tells us what makes the Gallery such a special space in Dublin.

One of Dublin’s most beloved cultural institutions – and the home of the foremost public collection of contemporary art in Ireland – the Hugh Lane Gallery is not only an oasis of calm in the heart of the city, but, as its director Dr. Barbara Dawson notes, a unique space where “art and ideas meet.”

“You might be thinking about something, like a personal issue, a career issue, or a philosophical issue – and then you look at an artwork, and it’s an ignition for you,” she reflects. “It really is a place of participation, engagement and enjoyment.

“It seems that cultural institutions are resonating stronger with people, post-Covid,” she continues. “It’s an alternative to the commercial life of the city, and it has its own dynamics that complement what’s going on in the city. I would see it as a great heartbeat, that adds to the general dynamic.”

Which is something that the Gallery has been doing since 1908, when it was first founded by art collector Hugh Lane. Born in Co. Cork and raised in Cornwall, England, the Gallery’s founder remained in regular contact with Ireland through regular visits to his famous aunt, Lady Augusta Gregory, in Co. Galway.

After viewing an exhibition of paintings by Nathaniel Hone and John Butler Yeats during a visit to Dublin in 1901, Lane began his campaign to establish a gallery of modern art in the city – to put the best of national and international art on public view.

Since 1933, the Hugh Lane Gallery has been located in Charlemont House on the north side of Parnell Square. Lane never got the chance to see his gallery’s permanent home, having died in 1915, during the sinking of the Lusitania off the coast of Ireland. 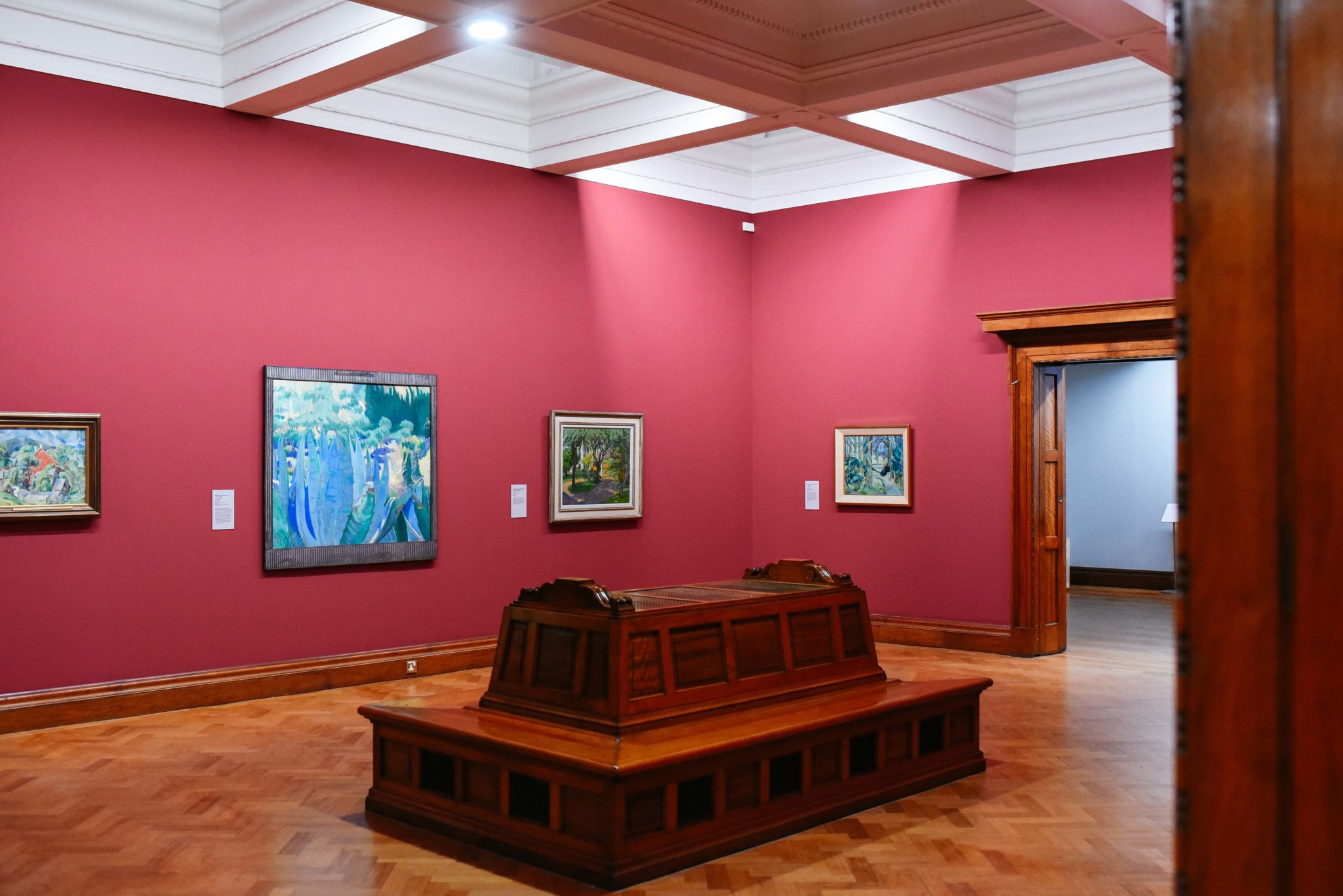 The legacy he left behind, however, was phenomenal – endowing the Gallery with an exceptional collection of modern art, including the first Impressionist paintings in any public collection across the UK and Ireland.

“He founded the gallery at a time of great promise and hope,” Dr Dawson says of Lane. “At the turn of the 20th century, you had the great Celtic Revival – you had the Abbey Theatre, the playwrights, W.B. Yeats, Augusta Gregory, Synge, and Seán O’Casey. There really was a cultural and literary renaissance happening. Hugh Lane was in the thick of that, so the Gallery is a terribly important part of that.

“We’re looking at that now going forward,” she adds. “We’ve almost completed our Decade of Commemorations, and it’s time for us to see how we can present an exciting and positive vision for the next century – and see how the Gallery can play a part in that.”

In the century since Lane’s death, the Gallery, under the governance of Dublin City Council, has continued to build on the foundation he set, retaining the focus on modern and contemporary art.

Dr Dawson’s own relationship with the Hugh Lane Gallery is significant – having previously worked there as the exhibitions officer and curator, before stepping into her role as the Gallery’s first female director in 1991.

“I think I might have been the first female director of a cultural institution in Ireland – so that’s good!” she laughs. “It’s great to see so many other women now taking positions of leadership, not just in the cultural sector, but right across the board. That diversity enriches all activities and all development.”

Over the decades, Dr Dawson is proud to have helped shape how the Gallery has developed, and “grown into its skin.”

“It’s certainly now front and centre in leadership – in cultural programming, in vision for the arts in Ireland, and in supporting Irish art practice,” she remarks. “We’re keeping in mind what an artwork is today, as well as looking back on earlier works that have now settled into history, and settled into a great appreciation. But we’re reminding people that they were radical at the time, like the Impressionists, for instance. We’ve also been showing women artists, such as Eva Gonzalès, Sarah Cecilia Harrison and Grace Henry.”

One of Dr Dawson’s greatest achievements was securing the donation of Francis Bacon’s studio in 1998. A team of conservators, curators and archaeologists relocated the entire studio and its contents to the Hugh Lane Gallery.

“That was a huge challenge,” Dr Dawson reveals. “There were no guide books or manuals on relocating that from London to Dublin. And then also digitising over 7,000 works in the archive.

“But it’s terrific,” she continues. “It’s a spectacle as well as an insight into art-making, and the challenges of that, even if you’re an artist who’s acclaimed.”

Another highlight of the Gallery is the Sean Scully Room, including a suite of paintings the Dublin-born artist donated in 2006. This has been further enhanced in recent years, as part of a permanent installation in a dedicated gallery. 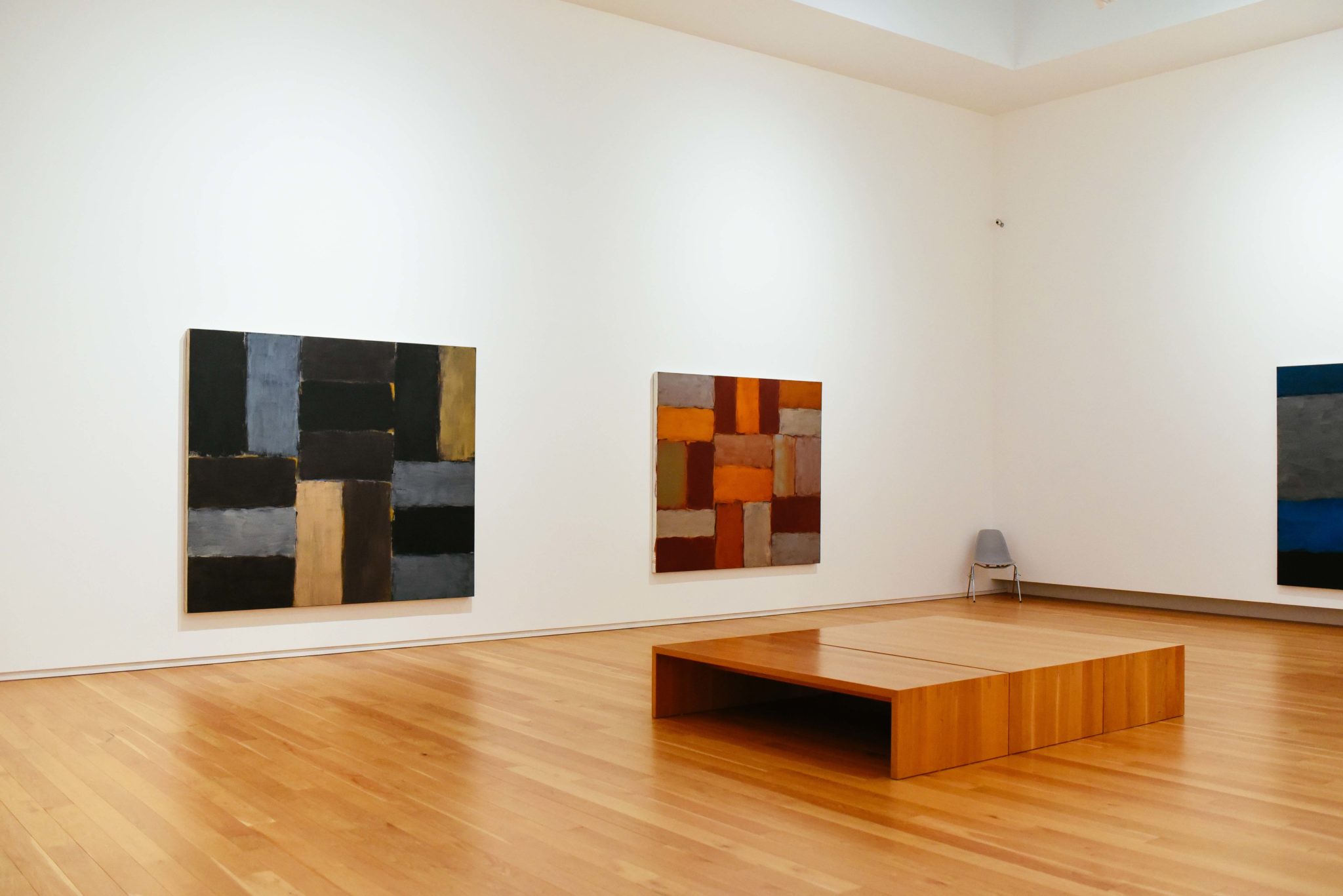 While she admits that selecting her own favourites from the Gallery’s collection is “a bit like picking between children”, there are several artworks that hold a particularly special place in her heart, including the Impressionist paintings, and the collection of the French landscape painter Jean-Baptiste-Camille Corot.

“I also think our Irish collection is really interesting,” she says. “We’ve got a great collection from the early part of the century – all those great women, such as May Guinness, Evie Hone, Mainie Jellet, Grace Henry, Mary Swanzy, Norah McGuinness and Nano Reid. They’re fantastic artists and they were very influential in Irish art practice – many of them founding members of the Irish Exhibition of Living Art, with other artists, including Louis le Brocquy.

“It emphasises that women were to the fore in a lot of visual art practice in Ireland when the Gallery was established, and continuing on today,” she adds. “Of course, we also have lovely Patrick Scott, Louis le Brocquy, Walter Osborne, and William Orpen. Those are great artists as well.”

There are also some exciting new exhibitions coming to the Hugh Lane Gallery over the months ahead.

“We’re organising an Andy Warhol exhibition, for the end of next year,” she says. “In the meantime, we’re having an exhibition of Richard Gorman paintings and works on paper, which will be a beautiful show. We’re also showing John Beattie, who’s looking at the reconstruction of the Dutch abstract painter Mondrian’s studio.”

As the Hugh Lane Gallery continues to increase its engagement with the city and its people, Dr Dawson asserts that the cultural institution is “for everybody.”

“It’s free, and all are welcome,” she says. “And don’t forget you can get the Luas to us now as well as the bus and the DART – the city is joining up a bit more, and everything is becoming that little bit closer!

“Walking through an exhibition, and taking time to engage with the artworks, can be so rewarding and enriching,” she concludes. “That’s a completely different experience to any other activity.” 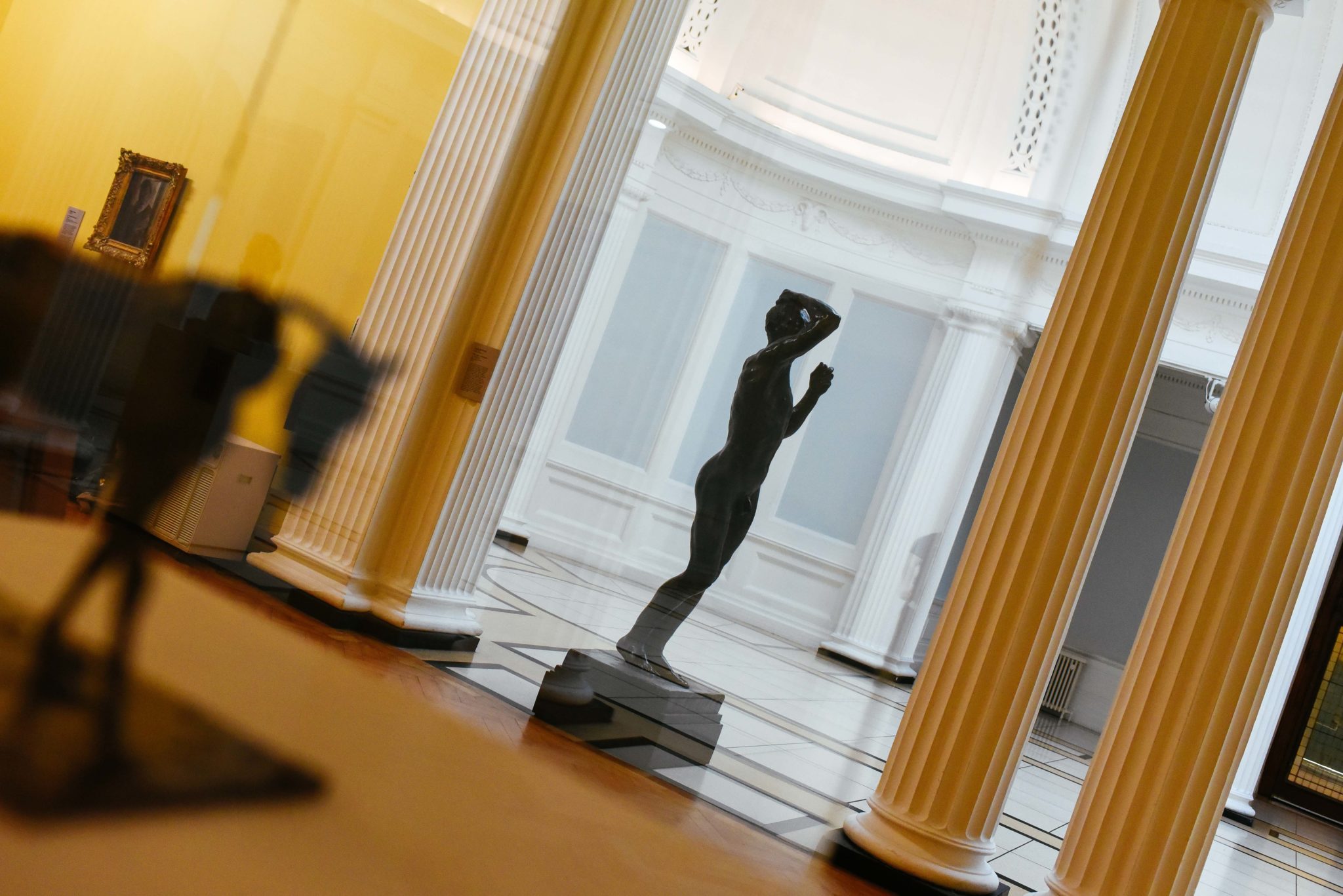 Irish artist Asbestos condemns Taoiseach's use of his 'What is Home?' mural on TikTok
Niamh Campbell: "Dublin became one of the poorest cities in Europe, then built itself up to be this new tech place. There’s no sense of stability in crashing and then renewing it"
100 Voices #AllAgainstRacism: Darlene Garr – "Be yourself. Be kind, be open and you will find home here"