There aren’t many Irish outfits who can pack-out Whelan’s six nights in a row. On the first of their almost week-long run, Hudson Taylor showed just why fans love them so much...

Brothers Alfie and Harry Hudson-Taylor’s enthusiasm in a live setting is infectious. Boasting continuous big grins and enough energy to power a small village, anyone can see they are living the dream and loving every second of it. They have developed from being Grafton Street buskers to the type of band that can pack out Whelan’s six nights in a row. It has been some journey.

On the basis of their achievements to date, Hudson Taylor are also one of those acts that are better live than on record. That’s not to knock their 2015 debut Singing for Strangers, which they will follow up in 2020 with their sophomore full album Loving Everywhere I Go (out worldwide February 28). It takes great skill to write such radio-friendly, upbeat pop music and make it feel real at the same time. That said, in the flesh and backed by a five-piece band (including their sister Holly on backing vocals), Hudson Taylor are louder and edgier: they have performing in front of fans down to a fine art.

They erupt on stage with a particularly rollicking rendition of ‘Travellin’’, the country-tinged track backed here by harmonica and fiddle for an added Americana twist. Without a breath, the duo jump into ‘Care’, a tender mid-tempo anthem which gets the crowd singing along to its massive chorus. Their vigour doesn’t let up. The similarly anthemic ‘Weapons’ has people clapping and stamping their feet, while the breezier almost doo-wop-like ‘Easy Baby’ has them dancing along. 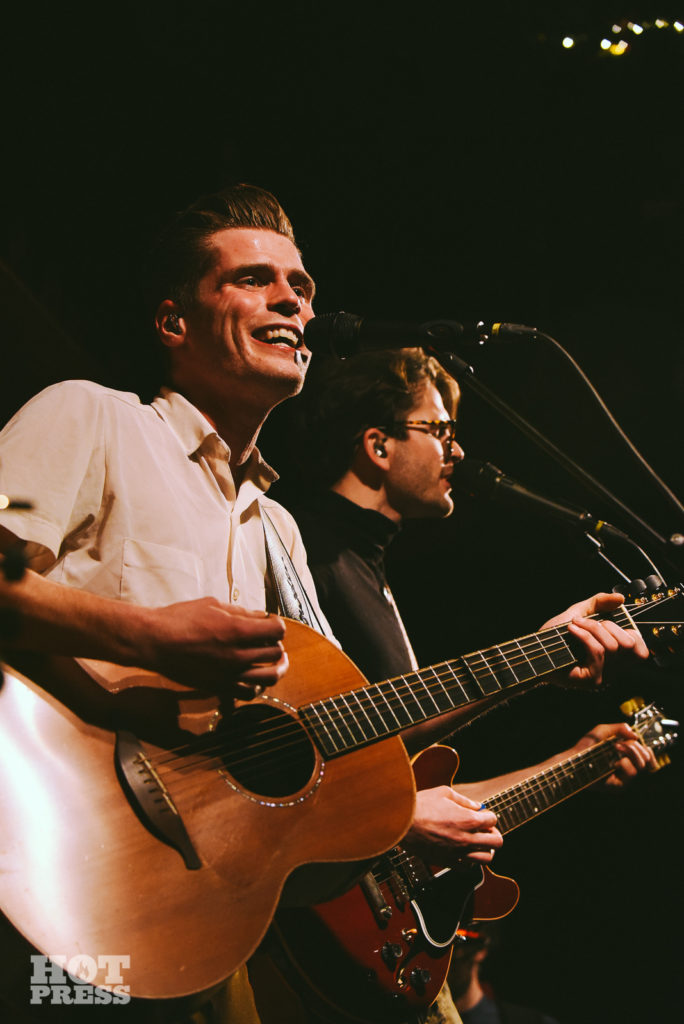 About midway through, Hudson Taylor slow things down for quiet renditions of songs ‘Old Soul’, ‘One in a Million’ and new track ‘I Will Be There for You’, each performed without the aid of microphones. While the move does risk letting the air out of the balloon in terms of momentum, the Blackrock boys make it work – and it is the type of experimentation that makes a live show feel more like an event. You’d also have to be made of stone not to have the cockles of your heart warmed when Alfie, Harry and their sister perform ‘I Will Be There for You’, a song about the importance of family.

Proceedings then shift up a notch again, and stay there for the reminder of the show. Hudson Taylor power through their live favourites. These include the country-inflected ‘Battles’ and ‘Don’t Know Why’ – the latter for which support act Conor Scott joins the brothers. Also noteworthy is ‘Don’t Tell Me’: with its flamboyant guitars and piano, it makes for an empowering, yet still fun, glam-rock anthem.

Hudson Taylor wrap up the show by raising the Christmas spirit. They read lovely heartfelt messages from fans to their loved ones, before finishing their set with their latest single ‘How I Know It’s Christmas.’ A heartfelt celebration of the festive season in Dublin, it will no doubt be played on loop, over at Christmas FM, for years to come.

To paraphrase Alfie Hudson-Taylor talking to fans, on the strength of Hudson Taylor’s first night playing Whelan’s this year, night two, three, four, five and six have a lot to live up to. That they will do so, however, is not in doubt. 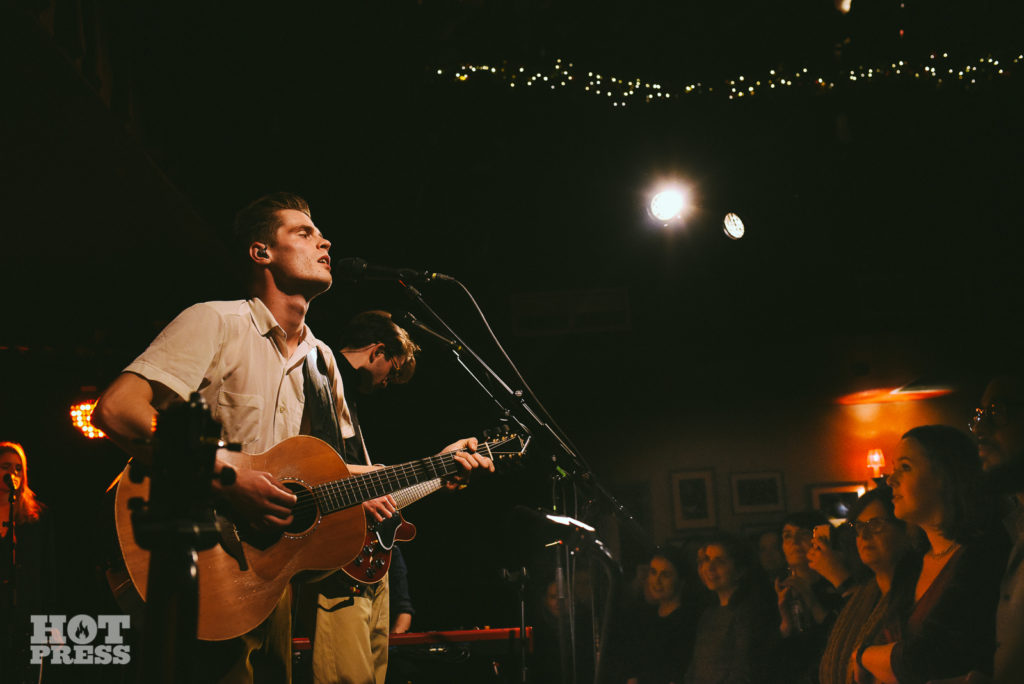