EP Review: Sophie May, You Do Not Have to Be Good
Sophie May, Press Photo.

Listen to Sophie May's debut EP, You Don't Have to Be Good, below.

London artist Sophie May gained a following on TikTok during the height of the pandemic. Capable of writing a tune from seemingly any prompt her fans threw at her and specialising in unrequited or disappointed love, it was a high honour to have your suggestion chosen.

With a few demos living on SoundCloud and a host of comments wondering 'when will you release these songs on Spotify?', May released her first EP on August 5th: You Do Not Have to Be Good. The EP includes some of her earlier singles from Spotify including 'With the Band', 'Bad Man', and 'High Life'.

The first cut on the EP, 'With the Band' evokes the gritty nostalgia of house show concerts. May encapsulates the desperation to belong to the 'cool' scene. From the anguished insistence of "I'm with the band" to the romanticisation of the local indie softboy (who's really not that sweet), the track calls to mind hours spent making your eyeliner look hurried and bringing up your well-loved Dr. Martens in conversation. It's a loneliness in the dogmatic assertion of being beloved – of linking yourself to something akin to stardom at the price of casual destruction.

'Bad Man' was originally released as a single earlier this May with 'High Life'. These two tracks chase each other for the second and third listing on the album. 'Bad Man' is a self-effacing rebellion. Addressed to the man in question, the song confesses "My daddy told me that you were a bad man / He says he doesn't like the way you hold my hand". Knowing that the boy is bad doesn't stop the exhilaration of seeking him out – of knowing that it will all go wrong and grinning in the dark.

The third track supporting the thesis 'you don't have to bee good' is discussing the 'High Life'. On the outside looking in, this song is about the thrill of the chase. The need to bee close to the high life even if it's adjacent and ultimately untouchable; "Oh, fumigate my lungs / With that funny laugh / Oh, why does she play the game / If she knows she'll always come last?". When is being second place better than not playing at all? When you've something left to lose (the romanticisation of love, the illusion of desire, the security of being wanted).

Oh to be a 'Drop in the Ocean'. Actually, the audacity of being told our troubles amount to a single drop in the ocean (especially by men). As Sophie May sings, "what a horrible notion". This sarcastic acquiescence to an ego out of control is bitter, sung sweetly.

@sophiemay.uk Drop In The Ocean is out at midnight tonight ! (part 1) 🌊 #newmusic ♬ original sound - sophie may

The final three songs are new to the artist's streamable canon: 'Cadillac', 'Lover Boy', and 'Some Italian Mountain'.

In thinking about 'Cadillac', picture this: you're driving to the beat of the California sun, a dark current easily ignored under the surface. You're with a boy who can be counted upon for two things- to talk about his car and to draw a blank in response to a direct question. You know this boy. Like May you might "...wonder what is going on in that head of his / Not a lot is going on / My mother says / Stop asking him". A dead end cruising down the highway, a distant drop off at the end of the night. 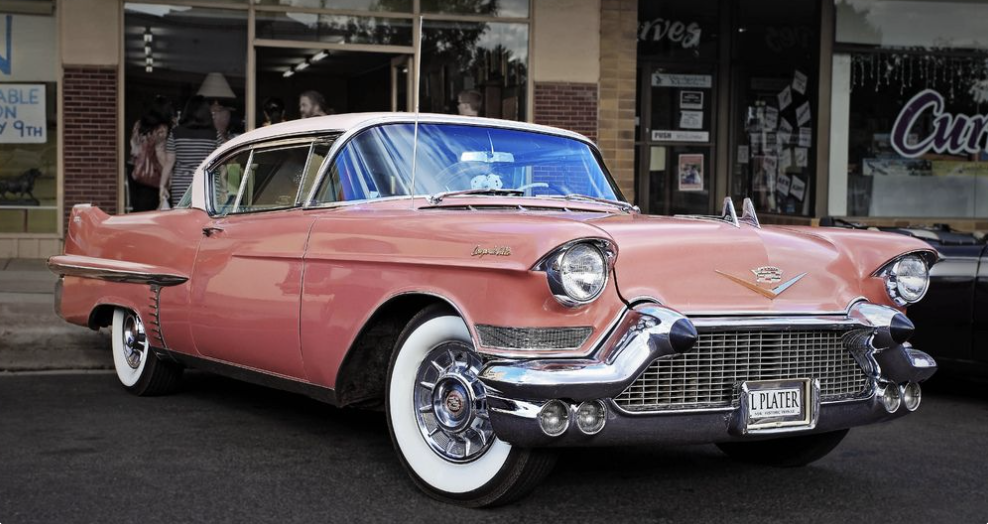 'Lover Boy' is the softest song we've had; "don't look at me so sadly / you know I love you too / I don't think we want each other / the way we want us to". While the other songs have carried a frenzied or frustrated undertow, this song is melancholy injected to the heart. It's the acknowledgement of not-enough. Of almost-but-not-quite. With the quiet words "you know my loving's almost done", the song offers up a version of love that lives in the 'for now' rather than the 'forever'.

The final song of the album completes the story with a dreamed direction: 'Some Italian Mountain'. This track is the most reflective yet and is characterised by a drive to leave, to start over. May sings a song of letting go; a craving for namelessness; for unknowability; anonymity. There are less production bells and whistles than the other songs (effective as they are). This last track strips the artist and the listener down to their most basic form and ready for something new.

This album can be charted in three progressions: the first two songs are the elation of chasing someone desirable – a boy in a band, an unflappable enigma. The next three songs are the disillusionment – love is not what you expected, self-obsession doesn't suit. And the final songs are the letting go – the removal of the once-cherished toxins.

You Do Not Have to Be Good is a cynic's collection of love songs, done with an artistic flourish – jaded and sanded down to a shine. They go down easy and stick in your throat. They're an apology and a defiant glare. Yes, this happens and, yes, maybe it wasn't great but YES it was mine. And now it is art.

Listen to the album below.