Way back when I was a lad, attending classes in the great man’s alma mater out off the Stillorgan Road, there was a rumour that if you even attempted the “Joyce Question” for your finals, you’d get a few extra marks just for sheer neck. I couldn’t tell you if this was true, although I gave it a go anyway and have a nice, framed piece of Latin hanging on the wall for my troubles, although I would have had no hope at all were it not for the great Declan Kiberd holding my hand.

In a somewhat similar, if far more deserving, fashion, hats must come off to Nuala O’Connor for daring to take on the Joyce story with her fifth novel, Nora, although this is no clumsy undergraduate attempt to cadge a few sympathy points to finally be allowed out the door, but rather a lyrical and learned character study of the woman behind and beside the man.

James Joyce’s father is reported to have said upon hearing the name Nora Barnacle that “she’ll stick to him.” Stick to him she certainly did, through thick and very thin. O’Connor’s fine book begins on the famous date of June 16, 1904, and the Joyces’ relationship - for those who haven’t read of their letters – is admirably venereal, right from the off, and if the Bloomsday celebrations included this class of commemoration, it would certainly raise an eyebrow or two, and not just eyebrows neither. What happens between a woman and a man – and his “maneen” - is one thing, however, but when mouthing off about the same bedroom carry-on spills onto her Jim’s written page, Nora is distinctly unimpressed. “Why Jim has to put such sleazy little scenes in his novel I don’t know,” she says, referring perhaps to Molly Bloom’s bit of “alone time” at the novel’s end or her husband Leopold indulging in a spot of pocket billiards over Gerty MacDowell in the ‘Nausicaa’ – or nauseating, if you share Nora’s point of view – episode. 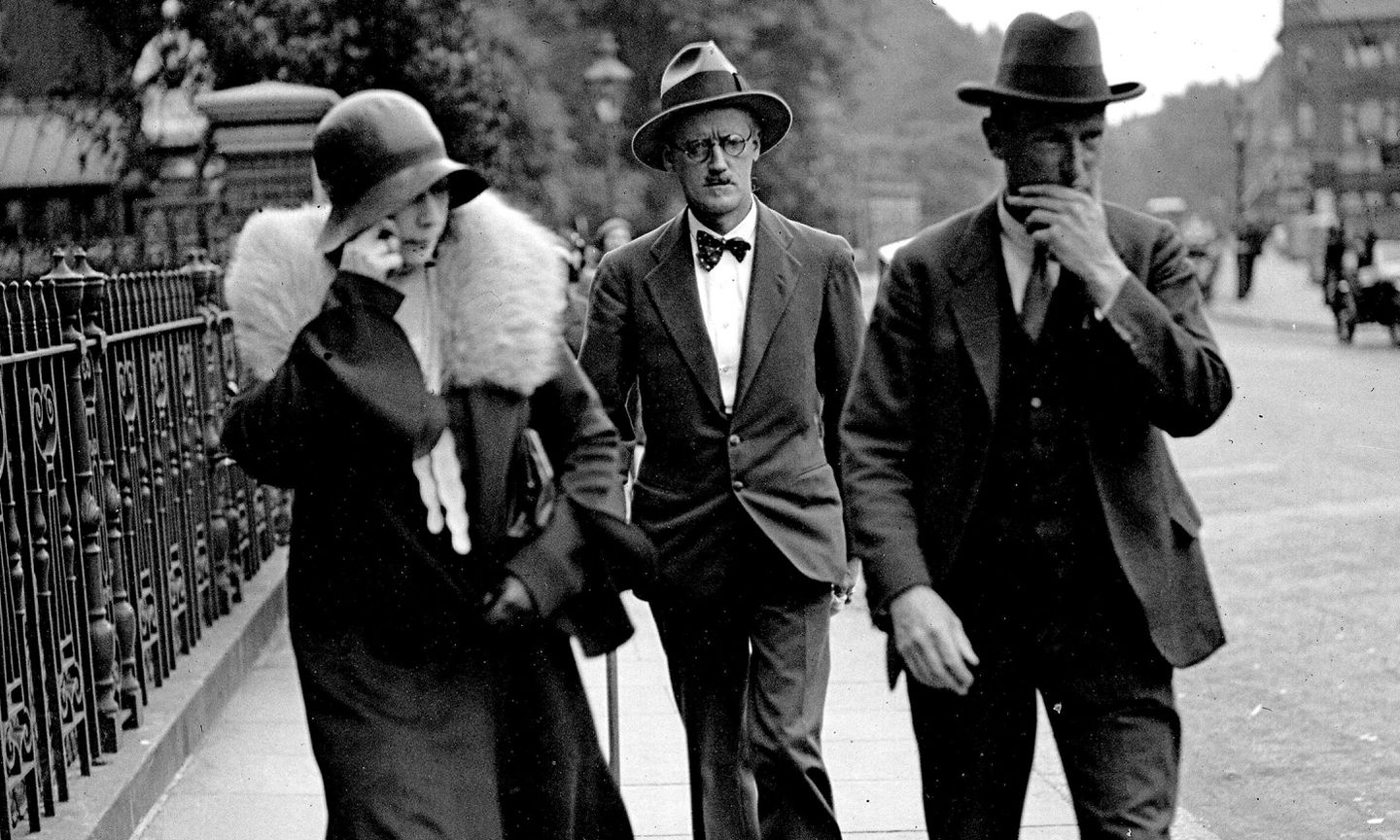 Nora on the mobile, checking the catering arrangements before her wedding to James Joyce in 1931.

On the evidence of the words that O’Connor puts into Nora’s mouth and head – even on the faithful first day – Barnacle was always very much more than merely the woman who would keep Joyce’s house – as best she could, under extremely trying conditions - or warm his bed. She describes the Liffey they walk along thusly, “The river smells like a pisspot spilling its muck into the sea”, and their kisses as “all swollen tongues and drippy spit” as she breathes in Joyce’s “stale porter, lemon soap smell.” Nora might later express embarrassment, finding herself adrift in the “tower of babel” of Paris literary get togethers but Joyce sees things differently, “Nora, you are story.” As O'Connor presents it, her language profoundly influenced his greatest work, albeit work that she herself, despite her pride in her partner’s endeavours, thought of as “codology, strings of baby babble”, and you wouldn’t hurt your arm throwing a stone to hit someone who’d agree with her on that score. “Joyce is difficult,” they might offer. “Life is difficult,” we should reply.

Let me keep going. “Words don’t slide off my pen the way they do for him,” Nora complains as she tries to write a letter, but if we remember that Joyce based Ulysses, structurally at least, on Homer’s Odyssey, that great cornerstone of Western – and World – literature, forged in the oral tradition long before the combination of pen and paper was even an idea, and recall how everyone who’s anyone who talks about Ulysses demands that it be read aloud to best appreciate its nuances, then we can see that Nora’s talk, her oratory, her phraseology, the words that slide and cascade out of her mouth, loom large over those that Joyce put down on the page. And that brings up another question, why the hell didn’t I think of all this back in that exam hall? I could have had nicer piece Latin on the wall, and, shite and onions, I could have secured for myself a permanent and pensionable position in the civil service. “To learn one must be humble. But life is a great teacher,” whispers a ghost over my shoulder. Go away you, and don’t be annoying me.

Whatever about all that, O’Connor presents Nora, as she says on the cover, as a “love story” and it is surely one of the greatest in literary history, told through the eyes of the muse rather than the man of letters. The couple flee Ireland – “the old sow that eats her farrow” - for Europe – real adventures do not happen to people who remain at home - and constant struggle. Joyce inherited his father’s love of a drink, and that’s where the money goes, when there is any. Living with genius cannot be easy, especially when that genius is a bit of an arse who believes himself to be very much at the centre of the universe. “The rest of us were only put here for Jim’s use,” Nora reckons, as she tries to raise their two children – and the Christmas present story would bring a tear to a concrete eye - and that’s certainly the way Joyce acts.

But is he right though? Should genius, and don’t all jump at once for I mean genius without gender, be expected to adhere to the same rules and morals as the rest of us? Joyce could see all his great works “spooling out before me, and all I need do is catch the words and get them down” so should he be allowed a free pass? There’s a debate for the high stool.

All the players have their exits and their entrances, from Samuel Beckett – I’ve read he hurt his feet by literally trying to walk in Joyce’s shoes – to the much put upon – and very nearly jumped on – younger Joyce brother, Stanislaus, who seems to exist for his elder sibling merely as an open wallet. The great work eventually brings prosperity, but their trials and troubles are far from over. Ill health visits both Joyce and Nora, and the fate of their daughter, Lucia, is a tragic one, diagnosed with schizophrenia. I could offer another theory here about how any mind that could produce Ulysses and the trapdoor into delirium that is Finnegans Wake could not possible have been running on a full set of coasters and may have perhaps passed some of that imbalance on, but I shouldn’t as I didn’t take the medical degree my mother so earnestly hoped for, I settled for the B.A. as I told you earlier.

Like the celebrated works from her (eventual) husband, this story of Nora will have the head speculating on such half-baked hypotheses for days, but, perhaps more importantly, it is a moving account of what was surely a true and real love. Let all accolades, medals, and regards be showered down on Nuala O’Connor, for her Nora is a marvellous yoke altogether.

For more Joycean off-kilter ramblings, peruse, at your leisure, this eye-witness report from our archives, penned by the late Byron 'Blazes' Carty.

Aidan Gillen on how Ulysses was the Never Mind The Bollocks of its day
Track of the Day: MuRli feat. Jafaris - 'Rocks'
New Irish Songs To Hear This Week
Album Review: SOAK - 'If I Never Know You Like This Again'
Live Report: Soulful Maverick Sabre electrifies Dublin's Academy
Colm Bairéad on An Cailín Ciúin: "I've never made anything that was completely in English. That’s borne of my upbringing – I have Irish and I love Irish"