A World Shrouded in Darkness And Evil: Hunger, War, Authoritarianism, and the Subversion of Women’s Rights
At the Medyka crossing between Ukraine and Poland, two weeks after the conflict began. Photo: Kieran McConville/Concern Worldwide

Not so long ago, there seemed to be a consensus that – while there might be blips – the world was progressing to a better, fairer, more humanitarian, equilibrium. But the past five years have put paid to that illusion, with the rise of authoritarianism, in all of its twisted guises, at the heart of a problem that gives us far too many reasons to be fearful…

So, do you remember May 23rd 2015? Just seven years ago, when Ireland became the first country to approve same-sex marriage by popular vote? By over 60/40 and with a turnout of more than 60%? When emigrés flooded back to lend their support?

How good did that feel? Pretty damn good, eh?

Or May 26th 2018 when votes were counted in the referendum on the 36th Amendment to the Constitution, that is, the removal of the 8th Amendment, the so-called pro-life amendment?

It was a landslide. We overturned the abortion ban by 66.4% to 33.6%. It was the end of a long and often extremely difficult  and bruising battle to assert the rights of women over their bodies and their health.

That felt pretty damn good too.

At last Irish people were able to stand tall. Here we were, an outward-looking modern, inclusive and progressive society, finally at ease with itself, decisively shedding the dead skin of conservative religion, bigotry and repression.

Those May days felt sunny and full of hope and unity.

But May 2022 isn’t like that at all. There’s little light, hope or warmth to be found. The darkness and gloom are pervasive, the crises profound, global and existential.

In any analysis of where we are at, one has to start with the greatest challenge facing humanity – and that’s global climate change.

If we go on as we’ve gone before, we’re fucked. So the beginning of the remedy seems clear. But – and here’s the rub – our capacity to act decisively and globally is utterly compromised by the four rampaging horsemen of the Apocalypse. War, pestilence, hunger and death are hard at work.

A groggy world, struggling out from under the oppressive yoke of the pandemic was blindsided by the brutal invasion of Ukraine by Russia. The impact has been enormous, the horrors vast. And the true story is still unfolding in all its grisly awfulness.

Russia’s monstrous, murderous military and disinformation onslaught has been slow and sometimes inept.

But the swine who run the place have enormous resources and lack any moral compass whatsoever. And so, they’re prepared to deploy tens of thousands of mercenary orcs from Chechnya, Syria and the Balkans to undertake the dirtiest of their dirty work.

Meanwhile, in an act that goes beyond any ordinary conception of evil, they’ll shell and bomb civilian targets all day and all night. If that renders one of the world’s breadbaskets a barren wasteland, well they’re okay with that too. It is hard to fathom the extreme, despicable nastiness of it all.

They’ve both alienated and unified Europe. There has been huge mobilisation of support. Our doors are open.

Admiration has been boundless for the bravery, defiance and military skills of Ukraine. They have gone toe to toe with a ghoulish, viciously armed monster in the Kremlin and, notwithstanding very serious losses of fighters and territory, they are still standing.

But there is no silver lining to all of this. Just totally unnecessary slaughter, misery and destruction – and countless billions of euro wasted in the most appalling, profligate way.

Meanwhile, Covid is still out there. And it is still surging in parts of the world. In China, still locked into its zero-Covid policy, vast populations have been locked down, the numbers so large as to affect the global price of coal and oil.

And famine relentlessly stalks the earth, especially in the poorer and more arid places. Over 800 million people still go hungry every day.

That’s in a world that produces more than enough for all. A staggering 1.3 billion tonnes of food is wasted every year, according to the UN’s Environment Programme. That’s one third of global food production.

In a real, visceral, daily sense, chronic hunger afflicts almost 10% of the global population, around 850 million people. Of these, 30 million are at particular risk in South Sudan, Yemen, and the northern parts of Ethiopia and Nigeria. So it says in the Hunger Hotspots Report from the Food and Agriculture Organization and the World Food Programme.

Billowing around these global crises are five very dark clouds.

The first is housing. It’s unclear why it took the prospect of tens of thousands of Ukrainian refugees to trigger contemplation of the use of emergency powers to tackle the housing crisis. It suggests that the Department of Housing is indeed as useless as local politicians have been saying for years.

One way or the other, the urgency, solution-focus and flexibility needs to be maintained till we stabilise our overall housing situation and not just for refugees.

The second is Elon Musk’s takeover of Twitter and his enthusiasm for unmoderated and unsupervised so called “free speech”. As if things weren’t already bad enough… 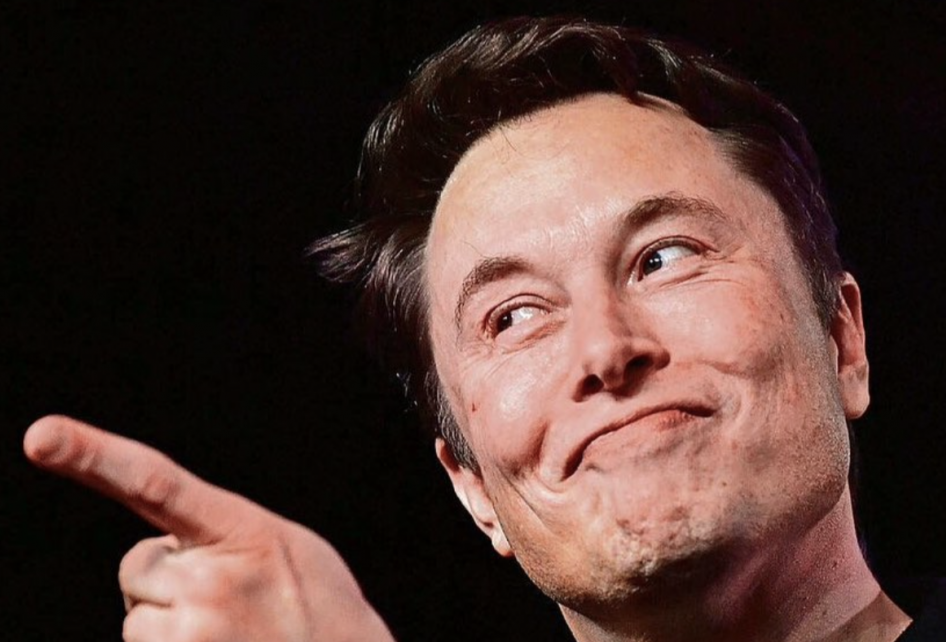 The third, which has been fostered by the kind of unregulated herding and ranting that Musk seems to support, is the rise of conspiracy theories, populism and extremism of both the right and the left.

One watches the erosion of freedoms and democratic access in the US with considerable alarm, alongside the entrenchment of authoritarianism in South America and southern Asia, as well as previous bastions in Russia, Central Asia and China.

The east of the EU is not immune. Nor, indeed, is France, as we have just seen in the presidential election. Indeed, many Irish voters seem in thrall to populism of the left.

It’s an infernal global ring of autocracy, repression and, in some cases, kleptocracy.

The fourth is the increasing subversion of women’s rights.

In particular, in the US, May has seen a full-blown judicial attack on women’s right to choose. The US Supreme Court appears set to overturn the Wade vs Roe decision of 1973 on access to abortion.

There were those who thought that the American far right had been contained after the abortive coup attempt in January 2021.

THE RISE OF CHRISTIAN FUNDAMENTALISM

The coup, attempted by Donald Trump and his power-crazed cabal, continues in many forms. For example, there’s the insinuation of Trumpists into mid-level administrative electoral functions that will give them substantial leverage during elections.

And, of course, there’s the delivery, thanks to Trump’s appointees, of the US Supreme Court to ultra-conservative Christian fundamentalism.

So now, from the point of view of women’s reproductive rights, one of the pillars of the American constitutional order – the Supreme Court of the United States of America – is effectively indistinguishable from the Guardian Counsel in Iran or the Taliban in Afghanistan.

This wretched reversion to the 18th century fundamentalist religious dogma stands in stark contrast to the progress made in Ireland in recent years.

But this brings us to the fifth dark cloud: the current plan for the National Maternity Hospital, a plan that leaves ownership of the site with St Vincent’s Holdings CLG, a company with utterly dubious charitable status, which was established by the Religious Sisters of Charity. 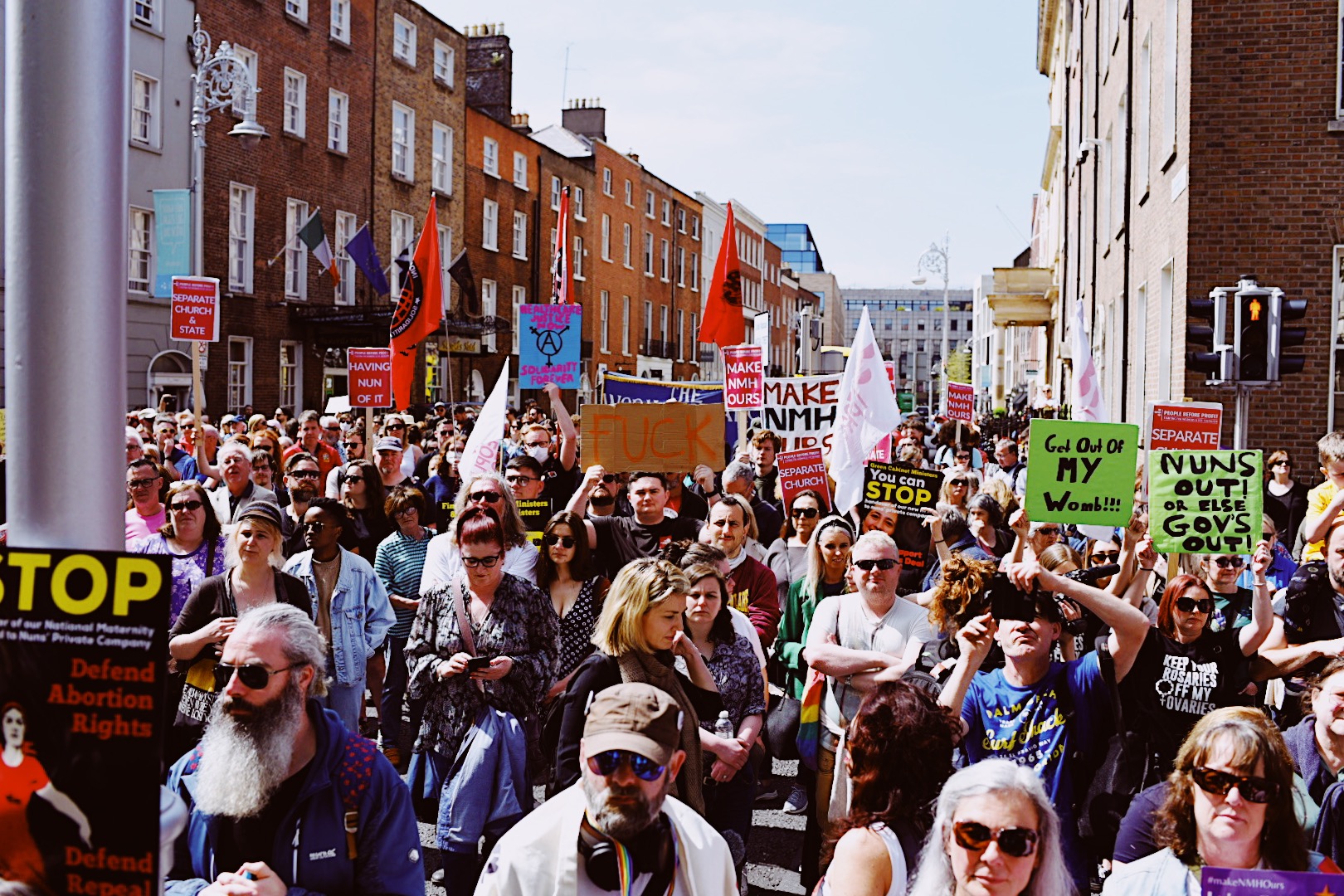 When you think of the actions of religious orders, including the Sisters of Charity, in schools and Magdalen laundries, and of how disgracefully women have so often been treated in hospitals with a Catholic ethos, it’s absolutely clear that to proceed with this deeply flawed plan would represent a major regression, a backward step from our widely supported modern secularism, one that clouds the clarity achieved on those happy Irish May days in 2015 and 2018, in a way that really is completely indefensible.

These battles may have been won – but some wars never end.

50 years ago today: David Bowie released The Rise and Fall of Ziggy Stardust and the Spiders from Mars
Women's National League: "The league has to go semi-professional. We are haemorrhaging our best players 'across the water'"
Niall Stokes: "We couldn’t let the prevailing darkness get the better of us. We couldn’t let bitterness take hold. We knew that there was – or that there had to be – a better way"
On this day in 1978: Thin Lizzy released Live and Dangerous
Def Leppard: “We’re like the proverbial swan – it looks all dignified on top, but it’s going like fucking crazy underneath"
Local Radio: Controversy Rocks The Sunny South East