With a seemingly unending series of horrifying mass shootings, gun violence is currently one of the biggest and most contentious issues in American politics. But according to former US Presidential candidate Michael Dukakis – who as Governor of Massachusetts made it one of the country’s safest states – a straightforward combination of strict laws and effective enforcement might just be the answer.

As the whole world knows, America has a gun violence epidemic – so where does the country turn for solutions? Perhaps the answer is more obvious than anyone might have anticipated.

Former Massachusetts Governor and 1988 Democratic presidential nominee Michael Dukakis, who ran against George H.W. Bush, says the solutions are already in place in his state. And he’s got the numbers to prove it.

The state of Massachusetts has a firearm death rate less than a third of the national average, and lower than that of every other state except one, according to the US Center for Disease Control and Prevention. How did this number come to be starkly lower than the national average and on a par with the global average? It’s no accident, says Dukakis, who remains an influential figure in Democratic politics (he is also a widely respected figure in US academia, with positions at Northeastern University and UCLA).

“It’s a combination of the laws and effective enforcement and implementation,” he explains. “Blaming it on mental illness is a cop out. Not that these shooters aren’t mentally ill, but if you create an environment where this kind of behaviour simply is not tolerated and swiftly punished, it makes a difference. Believe me.”

After passing an assault weapons ban in Boston back in 1989 as Governor, Dukakis solidified his role as a gun control advocate and put Massachusetts on a clear path to becoming one of the safest states.

In the United States as a whole, guns laws are largely left up to each state to frame. At the centre of the national gun debate in America are a mere 27 words that have been debated, scapegoated, and hailed as some of the most consequential words in the (admittedly short) history of the United States. Those 27 words are more commonly known as the Second Amendment to the US Constitution, and go as follows: “A well regulated Militia, being necessary to the security of a free state, the right of the people to keep and bear Arms, shall not be infringed.”

This single sentence – if it can be judged as such using today’s grammatical standards – is the central thread in federal gun legislation. The United States Supreme Court, which is tasked with clarifying any uncertainties with the Constitution, most recently did so with a crucial ruling in 2008.

The late Justice Antonin Scalia, one of the court’s most conservative justices in recent memory, wrote the decision. “There seems to us no doubt,” he declared, “on the basis of both text and history, that the Second Amendment conferred an individual right to keep and bear arms.”

Although Scalia’s opinion, known as the Heller decision, was largely applauded as a victory for gun advocates, Dukakis believes the contrary.

“Even my law school classmate, Antonin Scalia – who was a hell of a lot more conservative than I was – in the Heller decision laid out very clearly the fact that government could reasonably regulate guns,” he notes. “A number of states do so, and Massachusetts is one of them.” 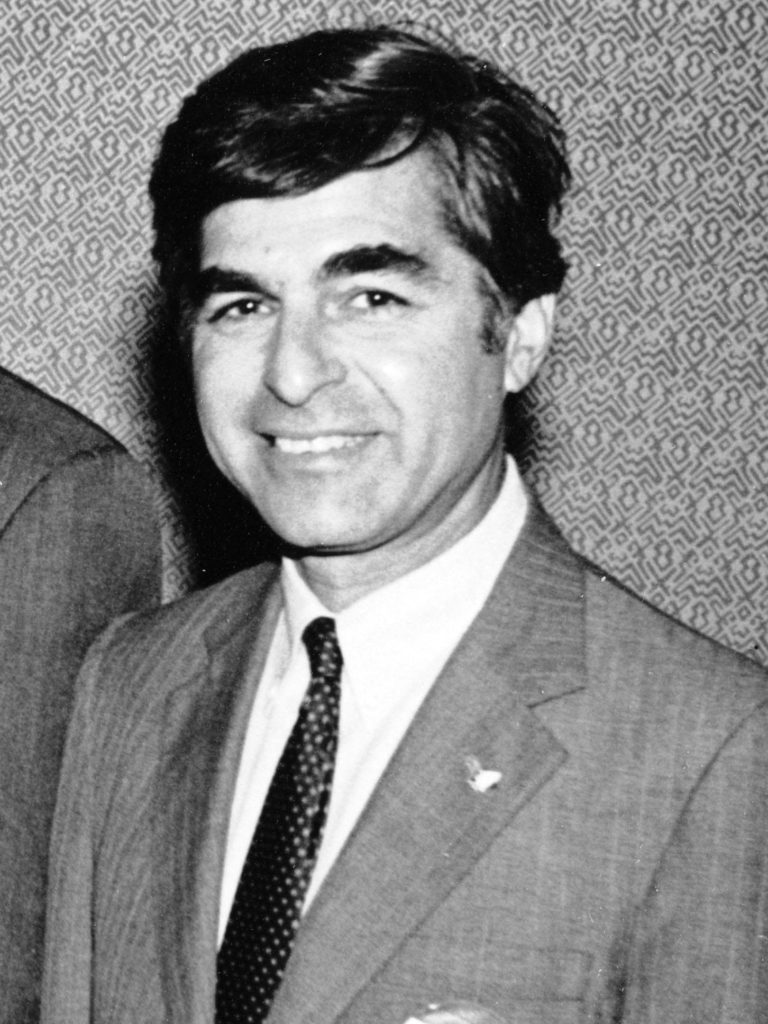 The Heller decision says that states are free to restrict (or protect) gun rights. “Of course the right was not unlimited,” Scalia elaborated. “The term [arms] was applied, then as now, to weapons that were not specifically designed for military use and were not employed in a military capacity.”

That underpins exactly what Massachusetts has done. In the state, a licence is required both to purchase a gun and to carry it. The local police chief is given final jurisdiction over which applications to approve and deny, although 97% of applications between 2006 and 2016 were approved. First time applicants for these licences must also complete a certified safety course and undergo a background check.

Simply put, you can’t just walk into your local Walmart and pick out a rifle in Massachusetts (and yes, in many states you can). But that’s only half of the story, according to Dukakis, who says the symbiosis between strict laws, and effective implementation and enforcement, is paramount in controlling gun violence.

“One of the things that happened when I was governor,” he reflects, “is that we passed all this stuff and discovered – if you can believe this – that the gun laws were being enforced effectively in the rest of the state, but not in Boston.” His administration discovered around 300 gun violations sitting in the Boston Municipal Court, for which the defendants were not being tried.

“What was going on,” he says, laughing incredulously, “was that the defendants in these gun cases wouldn’t show up in court, and the Boston Municipal Court wasn’t doing anything about it.” So the Governor convened the Chief Justice, the Boston Police Department, and the District Attorney’s office to meet every other Saturday until the 300 cases were resolved.

“The backlog was eliminated in a matter of two or three months, and people stopped getting shot in Boston. It wasn’t rocket science – it simply emphasises the fact that passing the laws is important, but they’ve got to be enforced. They’ve got to be implemented. And swiftly. And once we began doing that, homicide started coming down.”

As a case study for the nation, the strict gun control laws and steadfast enforcement are contributing to the low rates of gun violence in Massachusetts. Why don’t we just implement this all at national level? Analysis suggests that, if the current Massachusetts policies were implemented in the remaining 49 states, they could reduce firearm homicides by as much as 40% nationally, and mass shootings by 28%.

So why does it still seem unlikely to happen?

“Frankly, I think the guy in the White House bears as much responsibility as anybody for this,” says Dukakis. “His rhetoric, his attitude, this notion that we’re being invaded by hordes of immigrants and stuff: all of that contributes to this. No question about it.”

Dukakis himself is a second generation American, born to Greek immigrants.

“I’m proud of my parents, proud of my background,” he asserts. “And I’m proud of this country and the way it’s welcomed people, and how well they’ve done on the whole. And this stuff coming out of Trump is just unconscionable. It’s contributing to the problem, no question about it.”

Is there any hope that the country as a whole might get wise?

Secondly, Democrats need to show up in full force for the 2020 elections. And that’s not just for the White House.

“We need new leadership and people who care deeply about this,” says Dukakis. “We’ve got to get out there in the next year-and-a-half and make sure that we retire Trump permanently from public life – and get ourselves a President and a Congress that’s willing to act on this.”

Congressman Jim McGovern endorses Elizabeth Warren and talks all things 2020
EP Review: Sophie May, You Do Not Have to Be Good
Book Review: John Connolly - The Furies