Here is what you need to know if you are attending one of the long-awaited Westlife shows this weekend.

Westlife will perform two sold-out shows in Croke Park this weekend as part of their 20 Tour. An heightened security and specific traffic  management operations have been put in place to make sure the high-scale events will run smoothly.

The pop vocal group has not had a concert tour since their last one seven years ago, after which they had decided to split. Celebrating their 20th anniversary as well as their reunion, this tour is of particular importance to their fans across the world.

It includes 34 shows in Europe and 17 in Asia, yet unsurprisingly their biggest shows will take place this weekend on their native land.

People in Croke Park are already very busy preparing for the massive weekend event. A huge stage is already being assembled by cranes and little trucks are milling around. The operation on site will start as early as 2PM on Friday to oversee the coverage of the surrounding area.

Motorists have to be aware that Cloniffe road will be closed at 4PM to facilitate the access to Croke Park. However, North Circular Road will remain open.

"Our big appeal to you is to use public transport," said Inspector Tony Gallagher from Garda Síochána. "The Croke Park stadium has never been as well served by it," he added, addressing the people attending the shows.

Friday is expected to be particulalrly busy given that it is a working day and that the city will be congested.

By 5PM, the gates will open. Inspector Gallagher advised concert-goers to arrive early for security checks. He also warned people to make sure their tickets are genuine and come from accredited sources. 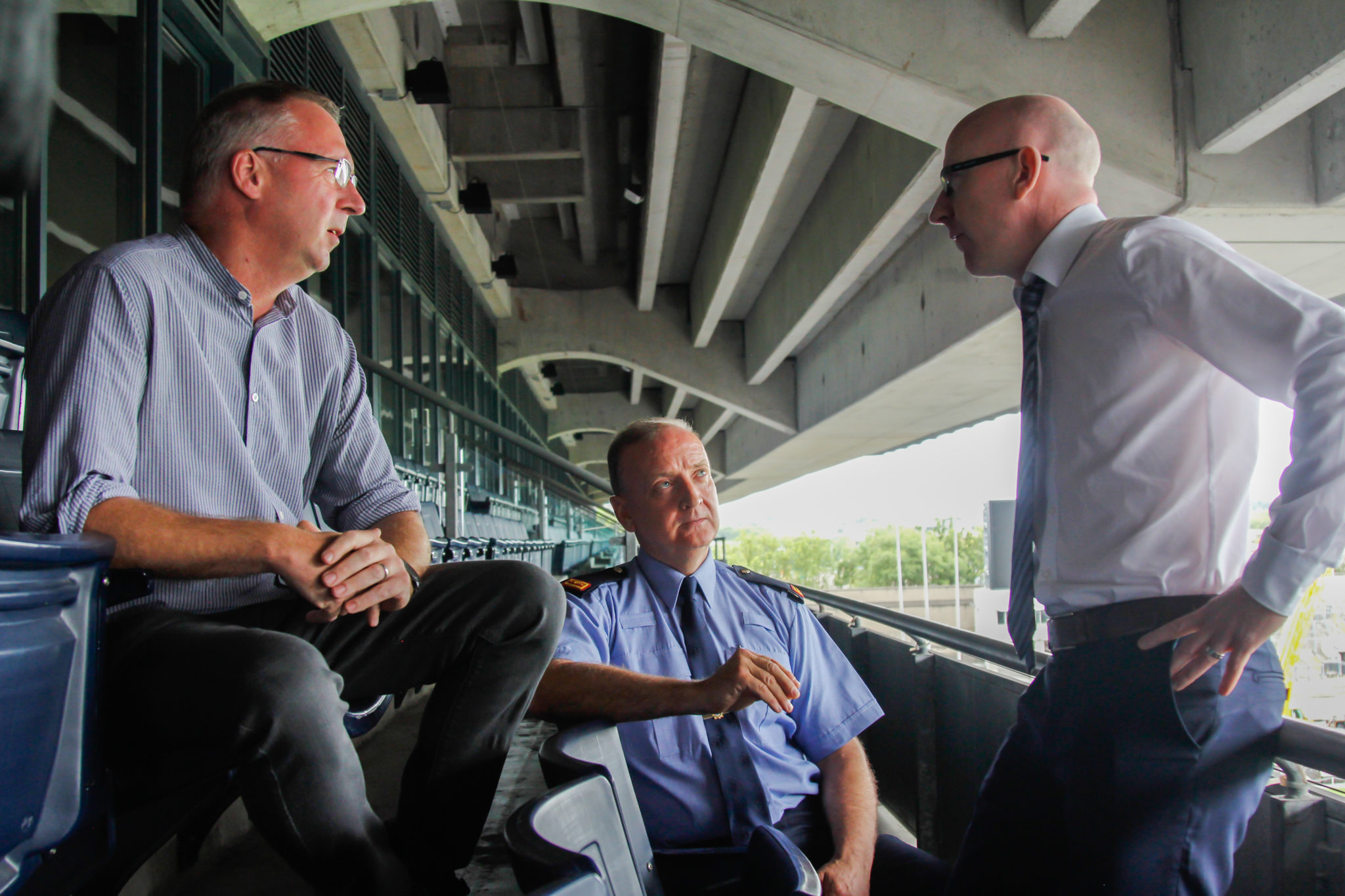 "Approximately 154 personal from the Garda will be working on site each night," he said, to ensure maximum organisation and security. For the sake of all involved, he insisted for people to make sure they cooperate with the instructions.

Event controller Eamon Fox insisted that no backpack or large bags will be allowed in. While he advised to dress appropriately for the changing Irish weather, he made clear that no umbrellas nor bags larger than A4 size will be permitted entry inside the stadium.

Specific colour routes will be marked within the stadium for different kind of tickets. Fox explained that people in attendance shall pay attention to this, since it can take a long time to reach different parts.

Tony McGuiness, the head of Croke Park operations also called for people to respect the neighbourhood, especially at night. While he also advised the Westlife fans to walk, cycle or use public transport to the shows, he warned motorists that leaving the stadium while take a substantial amount of time.

Extra tickets and more information can be found at mcd.ie.