Tickets from €22 including booking fees on sale Thursday, 20th October at 9AM.

British singer-songwriter Mimi Webb has announced a show in Dublin’s 3Olympia Theatre on Friday 7th April 2023 as part of the European leg of The Amelia Tour.

The announcement comes alongside news of the upcoming release of her debut album Amelia, which is out 3rd March next year.

“Announcing my first ever album is such an important moment in my career that honestly, sometimes I wasn’t even sure would happen. But after 3 years of hard work, I just can’t wait to share this body of work with all of you who have helped me get to where I am today,” Mimi shares.

“The album is named Amelia, my full first name, as there are two sides of me that I want people to get to know. There’s Amelia, the girl from the UK countryside who loves to be at home with her family, friends, and dogs; and Mimi, the pop artist who loves to be up on stage traveling the world. It was important for me to capture this duality with songs written for both of those girls, and I’m excited for you all to get to know them!"

The news comes on the heels of the album’s lead single, 'Ghost of You,' released last Friday. The power-pop track taps into early-2000s energy, produced by Stuart Price and RISC. The song was accompanied by its aptly aesthetic music video, directed by Fa and Fon Watkins, which made its broadcast premiere across MTV channels.

Mimi is currently on her first ever North American headline tour, which saw her perform to a sold-out Bowery Ballroom in NYC last night. The tour follows a massive summer for UK-based emerging artist, which saw her perform at the Queen’s Platinum Jubilee in London, numerous festivals such as Capital FM’s Summertime Ball, Isle of Wight Festival, and Montreux Jazz Festival, and joined as support for Justin Bieber in Norway and Finland.

In just two years the rising star has racked up over 730 million global streams to date, and multiple hit tracks including 'House on Fire' and 'Good Without.' She also performed on The Tonight Show Starring Jimmy Fallon.

Inspired by the likes of Amy Winehouse, Emelie Sandé, and Sam Smith, the Canterbury native started writing songs of her own at 13-years-old in diaries before eventually learning guitar. Around the same time, she enrolled in The BRIT School — known for alumni such as Adele, Amy Winehouse, Jessie J, and more.

Three years later, she left home, moved in with a host family, and attended the prestigious BIMM [British Institute of Modern Music]. In 2019, she uploaded a handful of early compositions and collaborations online, landed management, and inked a deal with Epic Records. Mimi Webb’s impromptu acapella videos exploded with over 20 million views on TikTok, paving the way for a string of original fan favourites such as 'Before I Go,' 'I’ll Break My Heart Again,' and 'Reasons,' and 'Good Without.'

The tracks concurrently captured places in the Top 15 on the UK Singles Chart, which cemented Mimi as the first UK female artist since Dua Lipa in 2017 to land two singles in the UK Top 15 before the release of her debut album.

Amelia will be released on March 3, 2023. Tickets from €22 for her 3Olympia Theatre date in April including booking fees on sale Thursday, 20th October at 9AM. 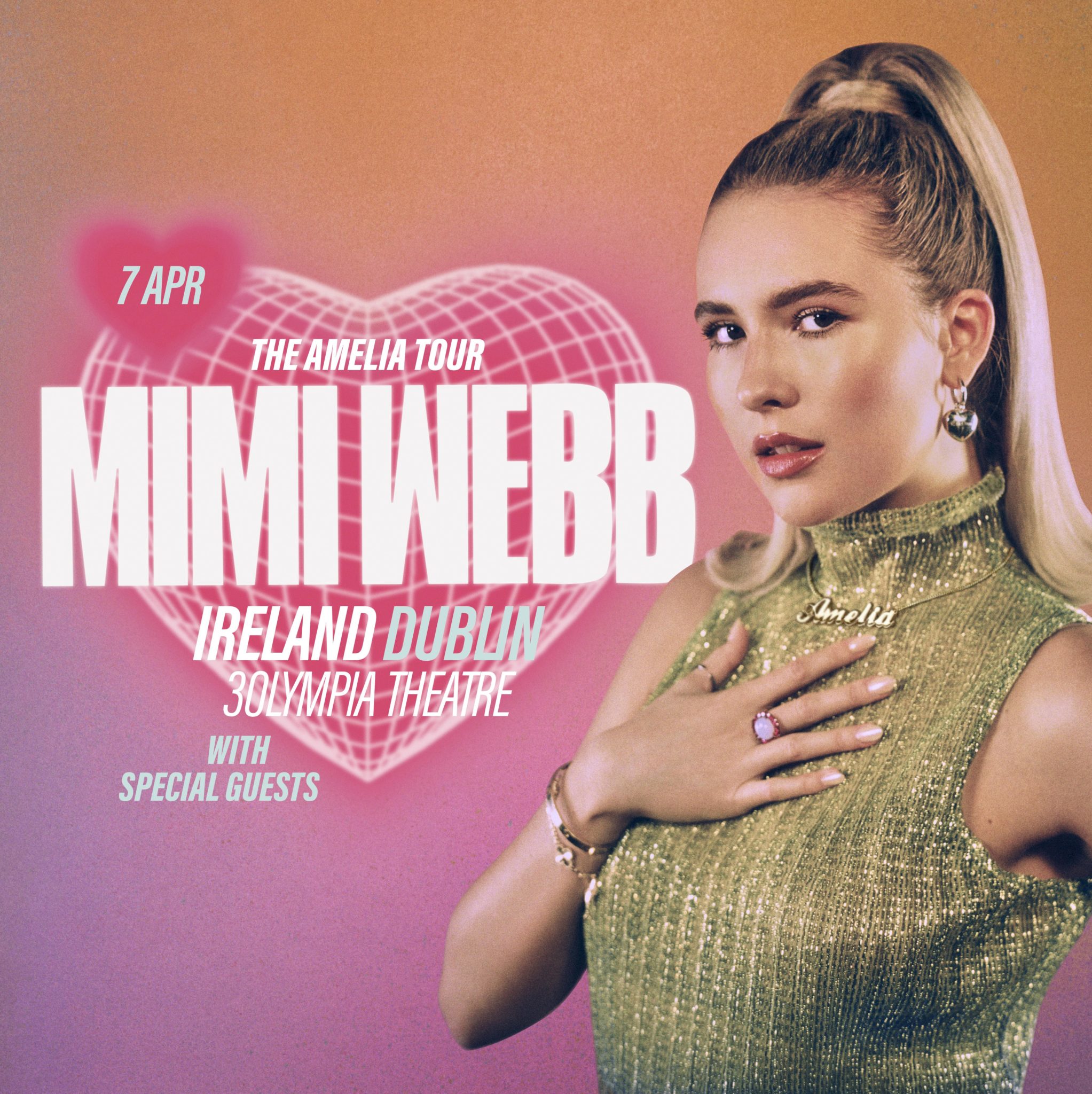