The Puro's Noel Hogan and Mell Peck: "We’re going to expand it worldwide with the songs in both Portuguese and English"
The Puro (Noel Hogan &amp; Mell Peck). Copyright Miguel Ruiz.

“It’s great feeling this excited and hungry again,” says Noel Hogan as he gets ready to introduce his new project, The Puro, to the world. The Cranberries legend and Brazilian singer Mell Peck tell Stuart Clark about Instagram hook-ups, making music online and giggling their way through photo-shoots...

Looking back at issues of Hot Press from the ‘70s to the ‘90s it’s striking how many column inches were devoted to small ads of the, “Drummer wanted for funk/psychedelic band with October residency and demo: no dossers” variety.

There were also lots of column inches devoted to small ads of the “Bisexual masochist with hang-up over herpes seeks consoling gay for affectionate relationship” variety, but that’s another story.

Thanks to the internet there are no longer any limits as to who you can make music with, as Cranberries guitarist Noel Hogan and Brazilian singer Mell Peck have found out over the past twelve months.

It being 9,324km from Limerick to Sao Paolo mattered not one jot as the duo – neither of whom can speak the other’s language – started bouncing the songwriting ideas around, which have now led to their permanent coupling as The Puro.

Their first time physically playing together was last month when The Puro made their TV bow on RTÉ One’s The Main Stage. Seasoned campaigner or not, Noel admits to being a tad nervous ahead of the recording. 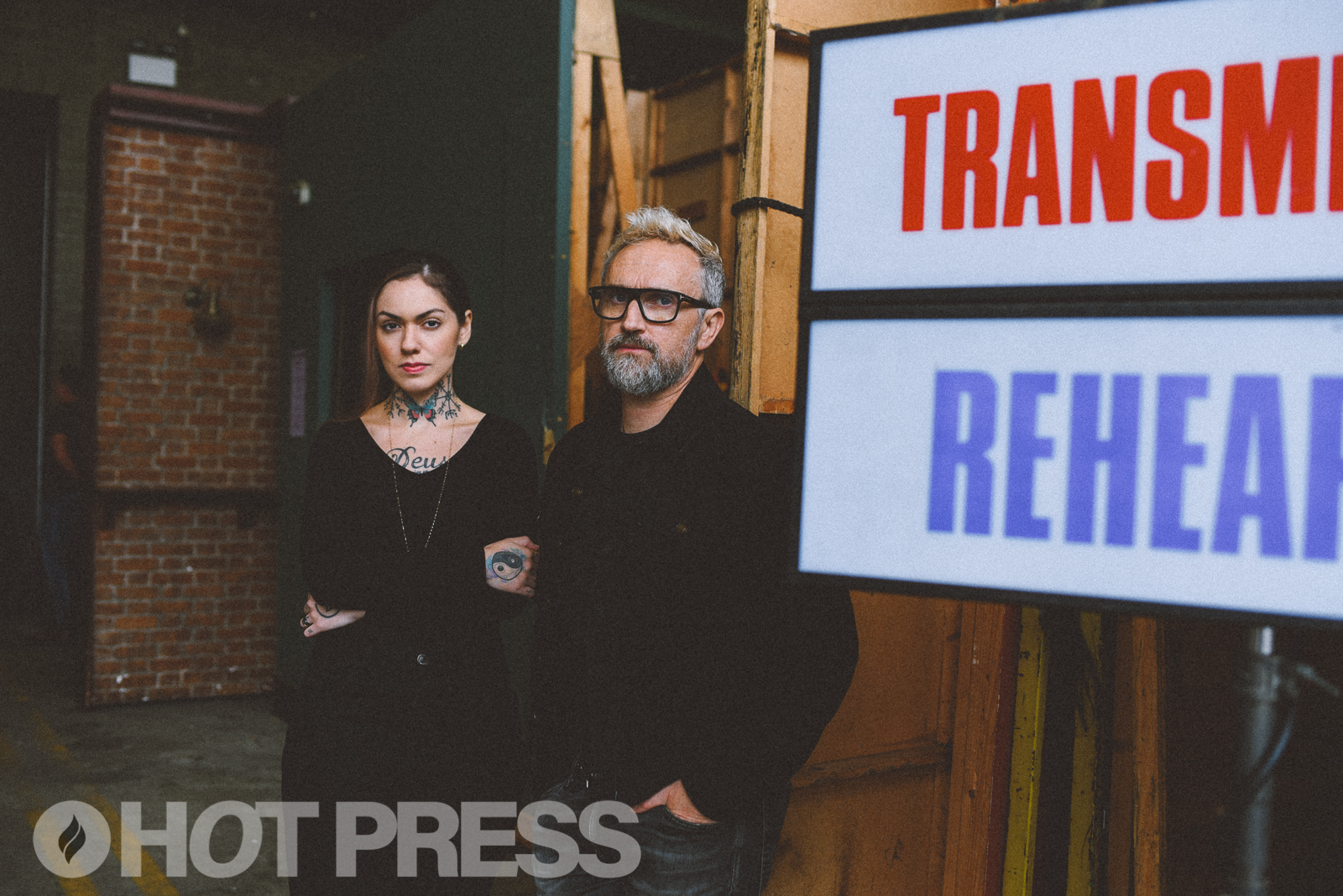 “It did cross my mind that maybe our first live performance should have been in a small club somewhere rather than on national TV – I don’t do things by half! – but it all came together brilliantly on the day,” Noel laughs. “We’ve been collaborating for just over two years at this point, so it was long overdue. As luck would have it, we’d just worked out how we were going to play the first single, ‘Prison’, acoustically for a YouTube thing when RTÉ asked us to do something acoustically for them. It was a case of ‘Here’s one we made earlier!’

“Mell and me had clicked online,” he adds, “and we clicked in person – even if at the moment we’re having to talk through a translator.”

His name is Pedro, a Porto native who for reasons of the heart is now living in Mountrath, Co. Laois. My Portuguese being even worse than Mr. Hogan’s, I ask him to ask Mell how she felt before the RTÉ cameras started rolling.

“What was most troubling for me was the cold – I love what I’ve seen of Dublin, but your summer is very different to our summer,” she laughs. “I only felt a little bit nervous because I had Noel, who’s been doing this for over thirty years, on my side. I figured that if he’s happy and calm about how we sounded in rehearsal, I should be too.”

She goes on, via-Pedro, to tell us about her musical past.

“I started singing at the age of thirteen. I used to perform in bars close to my home, sometimes with my dad who’s also a musician. It was mainly covers, but at the same time I was also writing my own songs on the side. I was a fan of Linkin Park, Enya, Alanis Morrissette, Damien Rice, Muse and The Corrs.”

It was another Irish band who helped turn her into a YouTube sensation.

“I sang ‘Zombie’ in 2014 on a TV show where the idea is to sound as close as possible to the original,” she explains. “I didn’t want my performance going on line because, to me, it wasn’t very good but my brother posted it and pretty much overnight it went viral. After that people started asking for more and more Cranberries. I didn’t know that much about them, so I did some research and found out that their guitar-player, Noel, was on Instagram. I sent him a message and we started talking.”

With Mell’s pitch perfect rendition of ‘Zombie’ clocking up over 38 million streams, word of her vocal prowess filtered through to Noel’s des Ennis Road res in Limerick.

“The Cranberries thing had ended, time was going by and I kept getting messages through Instagram saying, ‘You should listen to this singer or that singer’,” Noel recalls. “The name that noticeably kept coming up was Mell’s. More out of curiosity than anything else, I checked out her version of ‘Zombie’ on YouTube, didn’t think too much about it other than, ‘God, she can really sing’, but kept being drawn back to it. I’d been writing with various other people like Bronagh Gallagher, but had another collection of songs that I didn’t know what I was going to do with. As Mell and me started talking, I thought, ‘They’re not Cranberries songs but they’re in that vein. I wonder what they’d sound like with Mell just being Mell?’ One thing leading to another, Mell came over to Ireland at the end of 2019 for a very brief get together. It went well, but then Covid kicked in so we couldn’t develop the relationship any other way than online. It was a blessing in disguise because we were able to work away at our own pace without anyone else knowing about it.”

As he’d done all those years before with The Cranberries, Noel sent Mell a batch of instrumentals and waited none-too-patiently to see what came back.

“I was excited but also a little nervous because I wasn’t sure if they’d suit the way I write and sing,” Mell confides. “I’ve always written and recorded on my own, but I was surprised how fast I was able to turn those instrumentals into finished songs. They came out naturally without me having to think too much about it.” 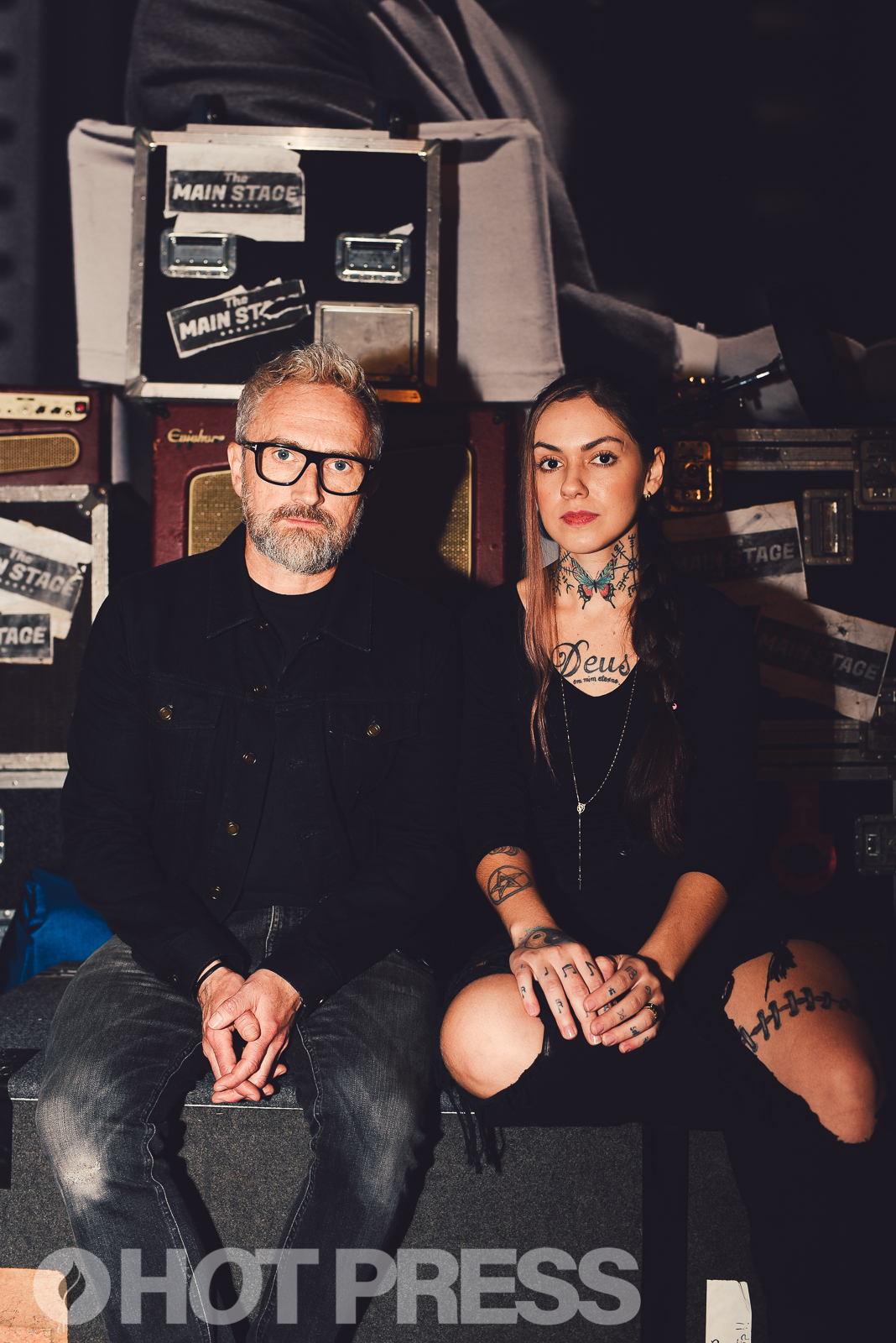 Despite the language barrier and age difference, it’s obvious how well the two get on with Mell giggling her way through their Hot Press photoshoot and Noel giving her faux admonishing looks, which set her off all over again.

“I had to remind her last night that rock ‘n’ roll is a serious business,” Noel laughs. “We just keep cracking each other up, which is great… but not if you’re the photographer needing to nail some shots!”

There numerous times with The Cranberries – “It was a massive market for us,” he says – Noel will be returning to Brazil in October for press and The Puro’s first live gig.

“We’re going for a slow-build and making sure that people don’t confuse The Puro with The Cranberries, which is happening a little bit at the moment,” Mell notes. “I think that’ll change as we release more songs.”

Next up on August 19 is their ‘Goodbye’ single with The Puro’s debut album landing early in 2023.

“We’re terrible for thinking we’ve got a song in the bag and then going, ‘Perhaps we can make that a bit better,’” Noel concludes. “The writing was supposedly all done but then we came up with a couple more songs that we want on the album. We’ve another one on the go as we speak. It’s great, though, feeling this excited and hungry again. We’re going to start in Brazil and then expand it worldwide with the songs in both Portuguese and English. It’s a lot more work, but it’s definitely worth it.”

The final word goes to Mell who says, “We still have a few things to sort out and record, but like Noel I’m so excited to get our music out there and play live.”

The Puro's new single, 'Goodbye', is out tomorrow, August 29. Listen to their previous single, 'Prison', below:

SONGER: "I'm Here Now and I'm Here To Stay"
Katie Gregson-MacLeod: "It's like a fight or flight thing, when your life changes literally overnight"
On this day in 1995: The Chieftains released The Long Black Veil – featuring The Rolling Stones, Tom Jones, Sting, Sinéad O'Connor and more