Farewell To The Big Mac

I don’t really have a Dr John story although I was lucky enough to see him in Vicar Street about seven or eight years ago. His music means a lot to me and I can think of at least four albums with his name on them that should be in every collection*.

I passed through New Orleans for a few days a long time ago, but the memories of that visit are extremely hazy to say the very least. Want something even more pitiful? I got it. Back in the nineties, I was in a particularly Irish heavy enclave of New York and, while catastrophically inebriated, I tried to pass myself off as a scion of The Big Easy to a young lady, in order that I might stand apart from my surrounding countrymen as a viable candidate for her affections. It seemed like a great idea at the time, giving it all “mon cher” and any other of the garbled French I could recall from the leaving cert. “L’outil triste” is the phrase you’re looking for. She, being sentient, wasn't having any of it, but we managed to negotiate a position favourable to both parties. And if you think that’s the dumbest thing I’ve ever said to a member of the opposite sex, you are way, way off.

“I thought you said you were a pilot?”

“Well, yeah, most of the time, but at weekends I do some volunteer work for the children’s hospital.” 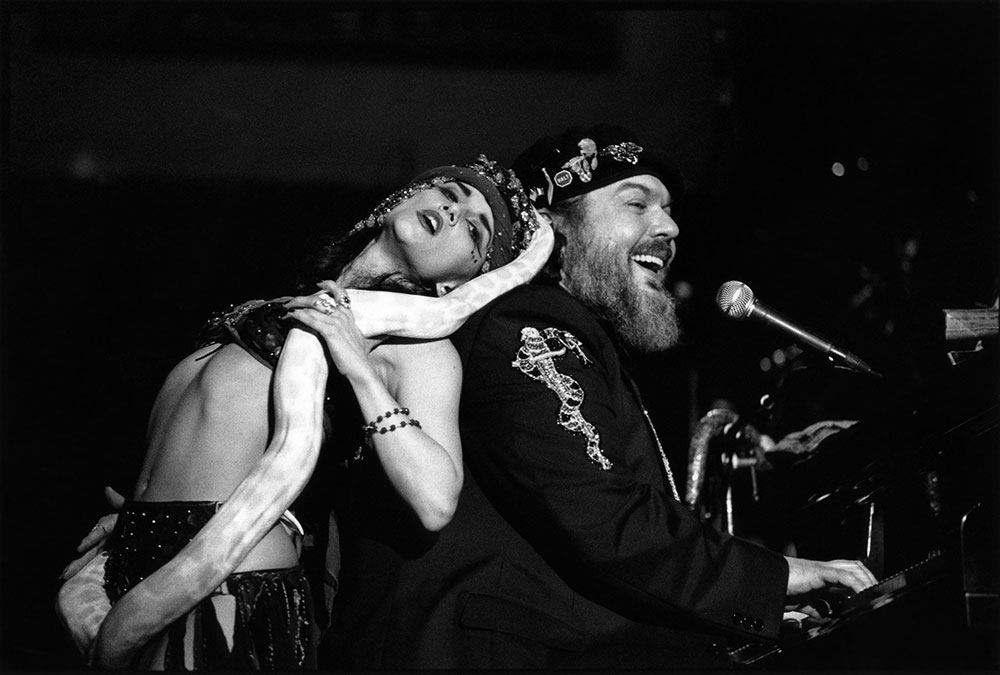 As well as several tracks from the good Doctor himself, this week’s selection also includes some of his guest work. He’s there in the background on ‘Let It Loose’, taken from the greatest record of all time, Exile On Main St. And, while we’re talking about The Stones, Jagger turns up somewhere on the Doctor’s masterpiece The Sun, Moon & Herbs from 1971, an album originally conceived as a three-record set but cut down to a single platter for release. Perhaps his sad passing might prompt some record company to dig these tapes out.

He’s there behind B.B. King, Jimmie Vaughan, and Spiritualized as well, and I suspect that’s him on the alternate take of Van’s ‘Flamingos Fly’ too. He played on, and co-produced, Van’s 1977 album A Period Of Transition, which contains an inferior take of the song. The version here is from Van’s outtake collection The Philosopher’s Stone, but the Belfast Cowboy didn’t bother his arse to include any credits.

More next week, make sure to follow the list to be updated, and the Hot Press Spotify channel. The ZuZu Man says it is unquestionably and Desitively Bonnaroo.

WATCH: New trailer unveiled for Questlove's 'Summer of Soul'
On this day in 1988: U2 start a 6-week run at No.1 in the US with Rattle And Hum
Playlist: Carty’s Golden Hour #5