The English rapper will play Dublin's Academy on 22 October as part of The Stacko Tour.

Just two days ago, the 24-year-old revealed the tracklist for his debut album, Stacko, which is set for a 7 June release. The twelve-song album will hold an impressive array of features from fellow British rappers, including Dave and J Hus on ‘Stinking Rich,’ Stormzy on ‘Shine Girl’ and Fredo on ‘I’m The One.’

The rapper has appeared on stage alongside these artists before, even opening for Stormzy on his 2015 UK tour. MoStack’s debut mixtape, 2017’s High Street Kid, climbed to No. 16 on the UK Albums Chart. His previous collaboration with Dave on ‘No Words’ likewise charted at No. 16 on the UK Singles Chart the same year. Since then, MoStack has amassed over 800,000 Soundcloud plays and 10 million YouTube views.

MoStack’s appearance at The Academy marks one step on The Stacko Tour, which will begin at Glasgow’s SWG3 on 21 October and wrap up at London’s O2 Academy Brixton on 1 November. A full list of tour dates can be seen below.

Tickets for MoStack’s gig at Dublin’s Academy go on sale Thursday 9 May at 9 am. 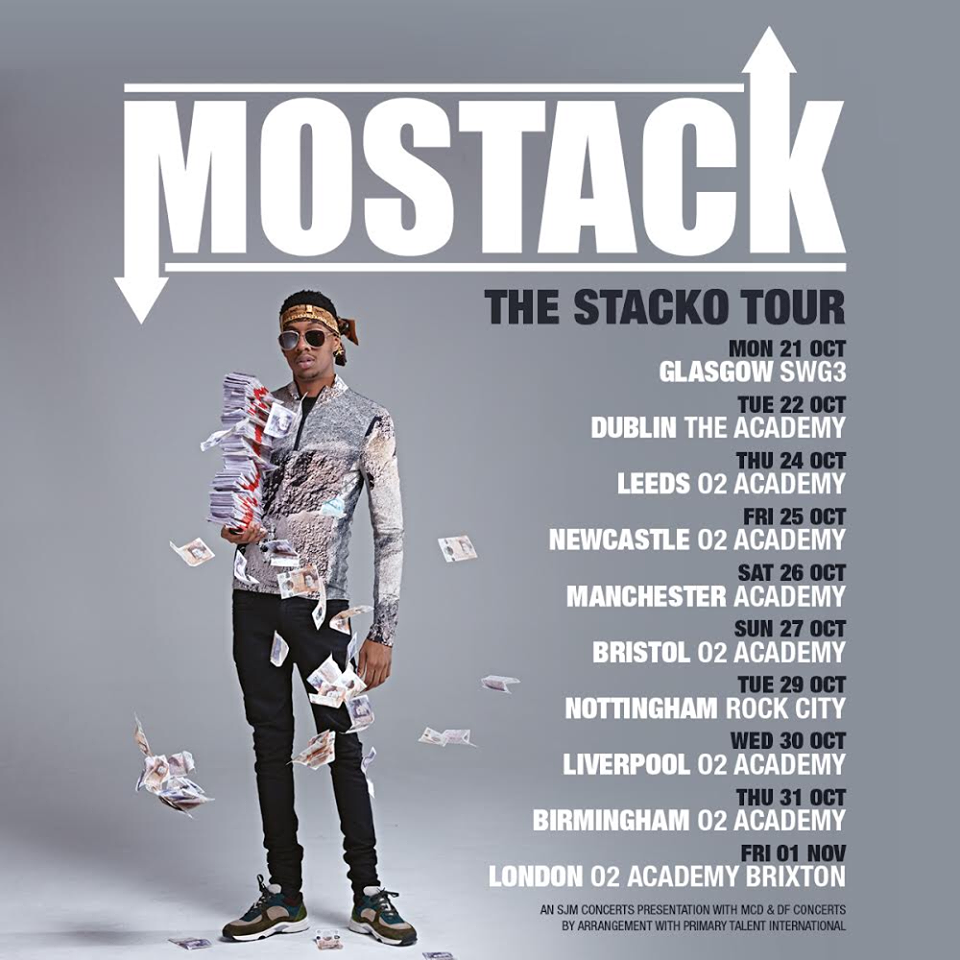