From newcomers to stars - Day 3 at Indiependence shone with unforgettable performances.

Sunday at Indiependence Festival gets off to a rainy start. In the case of Inhaler, though, the weather strangely fits the moody atmosphere the band creates with their dreamy alternative rock sound. The five-piece mix grungy guitars with a new-wave-style synthesiser, combining the most iconic musical trends from the '80s and '90s. These are the centuries where most of the inspiration for songs like 'My Honest Face' or 'It Won't Always Be Like This' seems to come from, judging by the ACDC-shirt their frontman Eli Hewson is wearing.

There's probably another '80s/'90s band Inhaler is at least slightly influenced by. After all, Hewson is the son of none other than Bono - and his performance is proof that he has learned from the best. The 19-year-old has a special aura to him, which reminds me of Hollywood's new rising star Timothée Chalamet. Inhaler look set for big things and their recently signed contract with Polydor Records is another landmark for this promising act. 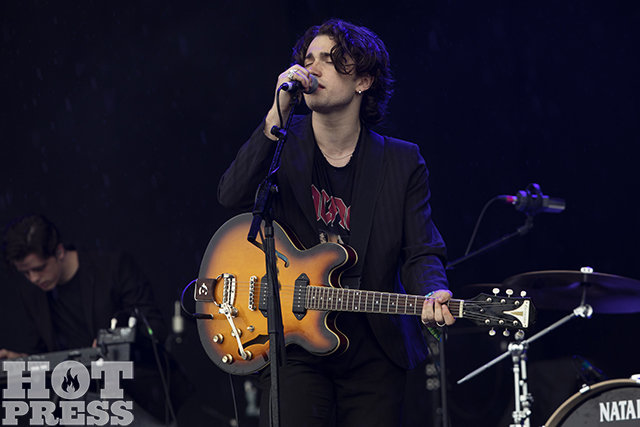 After the incredible (but also very wet) performance by Inhaler, we flee from the rain into the IMRO Big Top Stage tent, where Thanks Brother is up next. The band is made up of Roisin O and John Roe, who are backed up by a drummer and a keyboard player. With their catchy sound and folky vibe, they get the crowd going, belting out songs like 'Fuck My Life' and 'We Caught It'. Both songs perfectly light Roisin O's singing abilities and her remarkable vocal range. "She's pretty good, right?", John remarks halfway through the concert, saying out loud what we were all thinking. The duo even caught the attention of another well-known Irish music act: Gavin James, who was on the night before, was singing along to their songs backstage.

Next up, some bona fide Irish rock legends take to the IMRO Big Top Stage. The Undertones might be older than most of the other acts at Indiependence, but they've still got the moves. In particular, frontman Paul McLoone is clearly enjoying himself, jumping around and swinging his hips in a Jagger-esque fashion. Their energy translated well to the crowd, with tracks like 'Jimmy Jimmy' and 'It's Going To Happen' going down a storm. But their hit 'Teenage Kicks' was the song everyone was waiting for. The landmark punk tune got the whole audience singing and dancing, from the little ones to their grandparents. 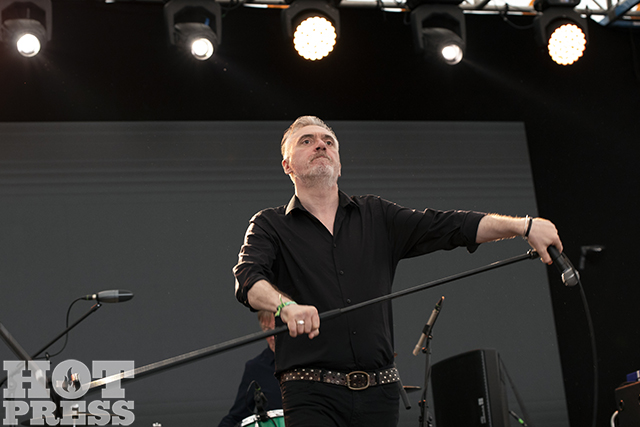 Danceable tunes of a very different type await us at The Village Stage. Somebody's Child play indie rock-pop that relies heavily on intense lyrics with dark mindset. Originally comprised of singer-songwriter Cian Goddo, Somebody's Child is now a five-piece, with the additional members laying the groundwork for their frontman's raspy voice to shine. What he was lacking in performance, he definitely made up for with his heartfelt renditions of 'Toes' or 'Make You Alright'.

Just in time for the last two acts on the open-air main stage, it stops raining and the sky finally clears up, revealing our long-lost friend: the sun. Revitalised by the sudden weather change, we get to the front row for Nothing But Thieves, who were going to play their first show ever in Cork. And what show it was! The British rock band perform one energetic song after the other, with heavy but catchy guitar riffs, and yet another incredible vocal performance, this time by singer Conor Mason. He constantly switches between falsetto and chest voice, all while running around on stage. No wonder he almost lost his voice by the time they played their closing song 'Amsterdam', which found the crowd going ballistic. Nothing But Thieves gave everything, and the audience gave everything in return. 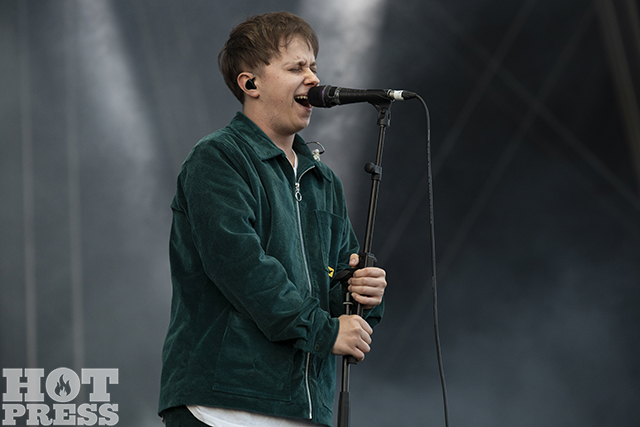 Nothing But Thieves @ Indiependence 2019 Day 3

Forty-five minutes after that marathon of a show, Biffy Clyro finally take the stage. But it was certainly worth the wait. What followed was possibly the most emotionally-charged concert that I have ever experienced. From happy to sad to full on rage-mode, this show was a firework of emotions – for the audience, but also for the band, who were feeling and living every note. You've got your headbanging masterpieces such as 'Balance Not Symmetry' or 'Animal Style', as well as gut-wrenching and vulnerable songs like 'Re-arrange' that sparked one of many emotional sing-alongs by the audience. There was no single highlight in Biffy Clyro's set because each song was a highlight itself.

They closed the main part of the set with 'Many Of Horror', complete with confetti and fireworks. But they weren't finished yet. In line with the rest of the set, their encore included a slow number - with their frontman Simon Neil alone on an acoustic guitar - as well as the metal-tinged 'Stingin' Belle', which developed into one last improvisational epic. It really doesn't get much better than this. All hail Biffy Fucking Clyro!

Atlantic Sessions announce the full lineup for 11th anniversary festival
Indiependence Festival: A Weekend to Remember
Indiependence announces green initiative ahead of upcoming festival
Album Review: Tiny Changes - A Celebration of Frightened Rabbit's Midnight Organ Fight
The Full Cover Story: With Snow Patrol's Gary Lightbody
Biffy Clyro set to release new soundtrack album tomorrow, May 17
We use cookies to ensure you get the best experience on our web site - by using this web site you consent to our use of cookies. Read more »