For well over a decade, Lisa Hannigan has been a mainstay in Irish music, making records that have been widely acclaimed and doing live shows of unique power. She has also captivated audiences around the world with her extraordinary, otherworldly brand of folk, and hummingbird vibrato.

Well as we might think we know her, however, the enigmatic singer-songwriter delivered a riveting, revelatory set to a packed house at the third gig in the Hot Press-curated Windmill Live series. It turned out to be a very special occasion indeed.

Windmill Lane Recording Studios has, of course, moved to a new location on Ringsend Road, but the spirit of its origins is still strong in the Windmill Quarter. The room was lit with Christmas lights and the bright eyes of the onlookers. As we waited for the music to start, the atmosphere was positively electric. 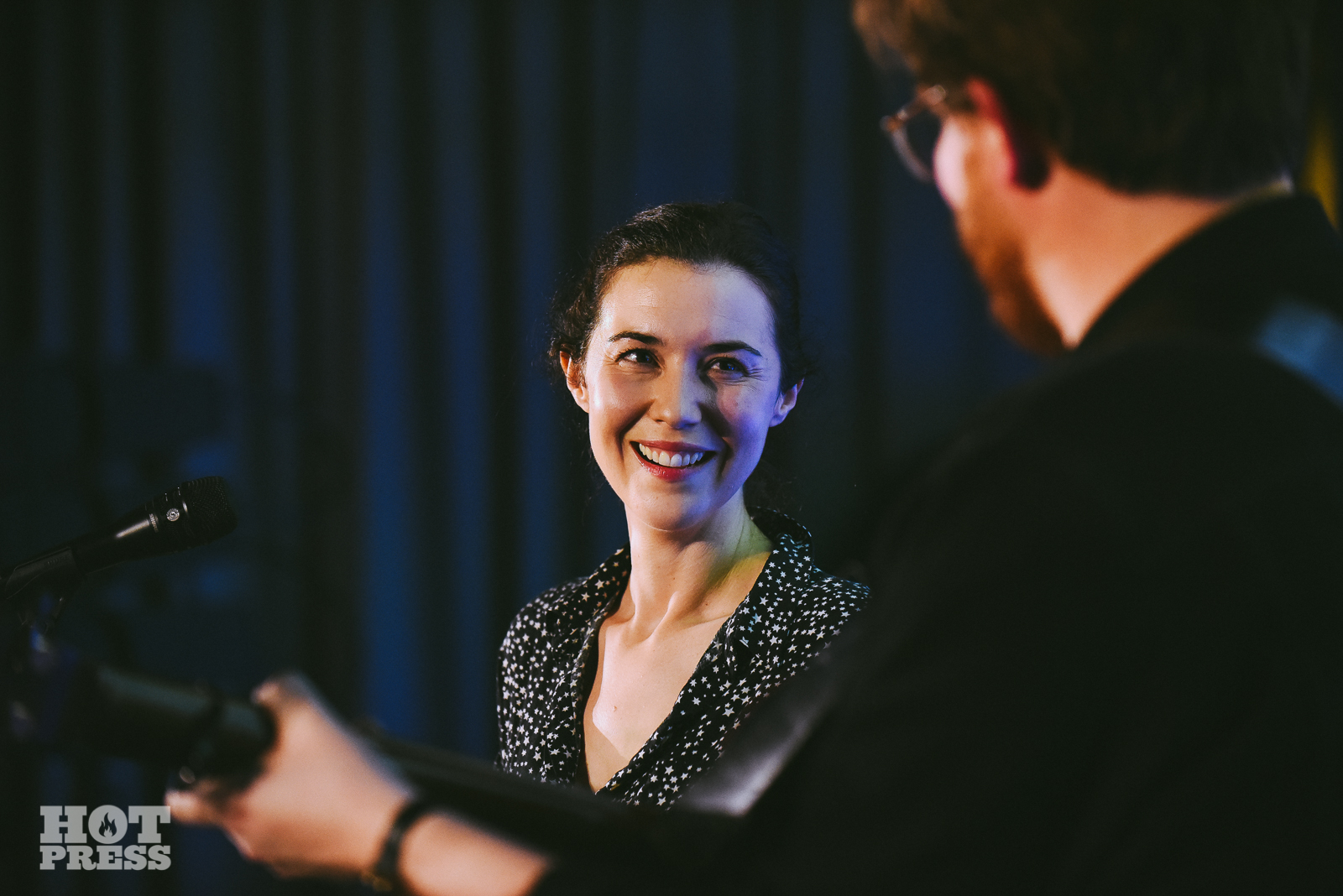 Lisa was supported by John Smith, the revered English singer who has himself garnered international acclaim on the back of solo tours and support slots for the likes of John Martyn, Iron & Wine, and Ben Howard. He is a famously skilled guitarist and you could see why, his deft picking enhanced by a superbly modulated use of pedals. He also has a wonderful, warm tone in his between song story-telling. “Some woman came up to me after a show and told me I was a great guitar player, but couldn’t sing,” he quipped, to much laughter, before launching into what was a fine rendition of ‘Hares on the Mountain’, an old English folk tune that, ironically, highlights Smith’s intoxicating rasp. The crowd loved him, urging him on after every song.

Lisa Hannigan opened her set with ‘Anahorish’, her a cappella, sung version of Seamus Heaney’s nostalgic poem. Indeed, there was an element of nostalgia to Hannigan’s whole performance, as she took us lovingly through a number of her longer-standing tunes. ‘Little Bird’, and ‘O Sleep’, both from her 2011 solo album Passenger, saw her achieve a one-of-a-kind intimacy between herself and the audience, who were clearly entranced. 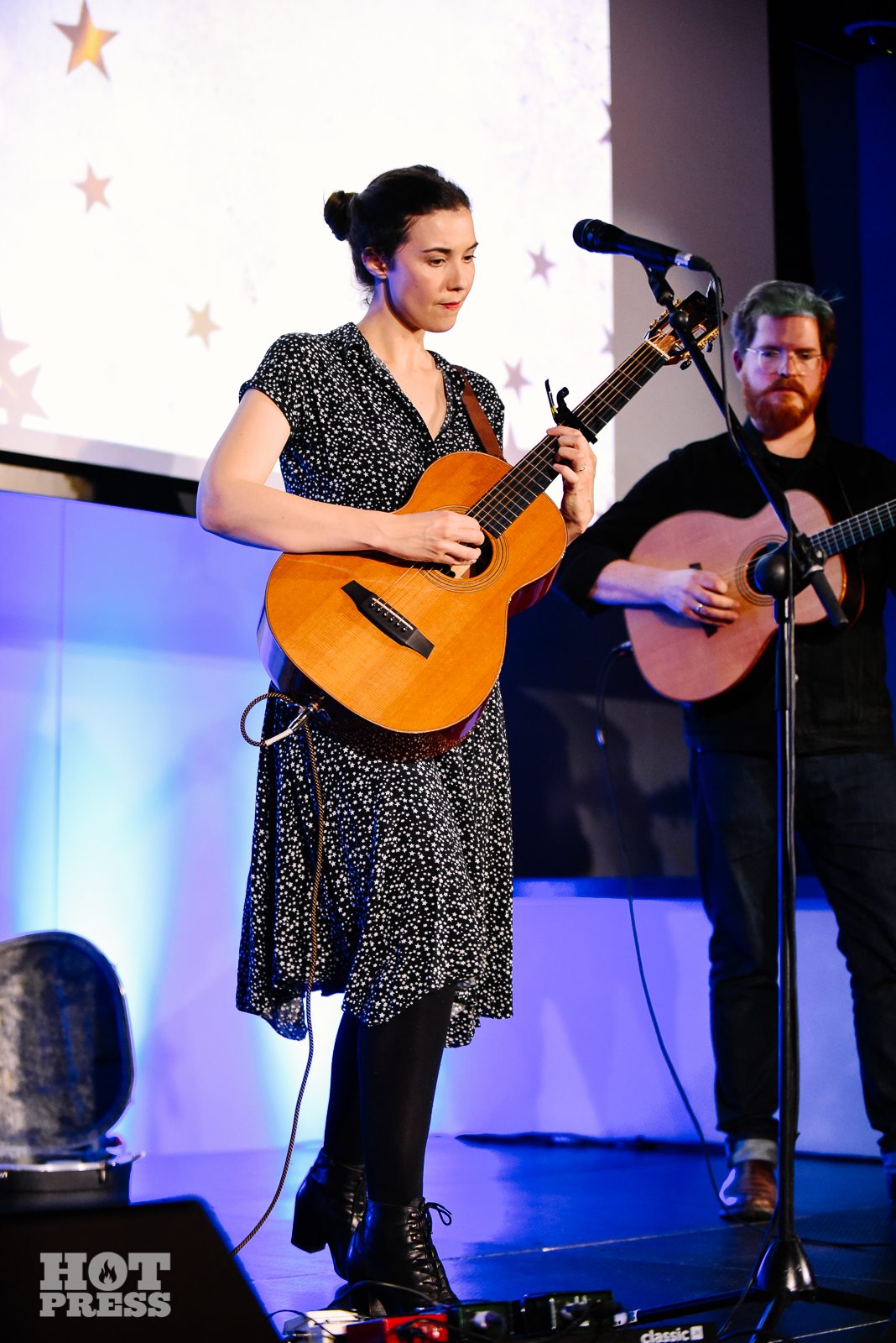 Hannigan is one of those artists who seem to react physically to every note that’s played. As she switches deftly between guitar, mandolin and ukelele, and addresses the mike like a friend, there are at times whan it feels as if you’ve walked in on something very personal – but there she is, up on the stage. There is a powerful alchemy to it, and as a result, you cannot tear your eyes away. Lisa is spellbinding to watch, and John Smith’s wonderful harmonies add another gorgeous layer, underpinned by drummer Ross Turner’s subtle percussion.

The call for an encore was impossible to resist. Her version of ‘O Holy Night’, which closed the set, connected somehow with the sacred nature of the space. Overall, this was a magical performance.

Album Review: John Smith, Hummingbird
John Smith Announces Ireland and UK Dates
Live Report: CMAT on the Hot Press Lockdown Sessions' Y&E Series
Rory Gallagher at Macroom: Revisiting his remarkable pre-festival interview
Dea Matrona to play the Hot Press Lockdown Sessions' Y&E Series tonight
John Creedon on Rory Gallagher: "I think of him often"
We use cookies to ensure you get the best experience on our web site - by using this web site you consent to our use of cookies. Read more »