Off the back of his recently released album The Great Irish Famine, Co. Kerry singer-songwriter Junior Brother reunited with his Dublin audience on Friday for a rip-roaring show at The Button Factory.

As the opening act for the night, Limerick rapper Citrus Fresh was a breath of creative fresh air. Performing emotive tracks from his many projects, including his debut album Operating System, the Irish cloud rapper commanded eyes and ears with his casually confident delivery and searingly personal lyrics.

The crowd was warmed and welcomed by the time Junior Brother and his band stormed the stage, wordlessly diving into the thunderous howl of ‘The Long Meadows.’ Flanked by his full band, the singer’s vocals unleashed over the bridge of the opening track as stinging piano keys faded into a raging drum outro.

Junior Brother saved up enough air to greet his audience before the second track of the night, the heart-thumping ‘No Country For Young Men.’ Alongside the mandolin work of Solo Tones, the song off his most recent release The Great Irish Famine sounded bigger than imaginable, with Kealy’s vocals soaring even above the electrifying instrumentals. 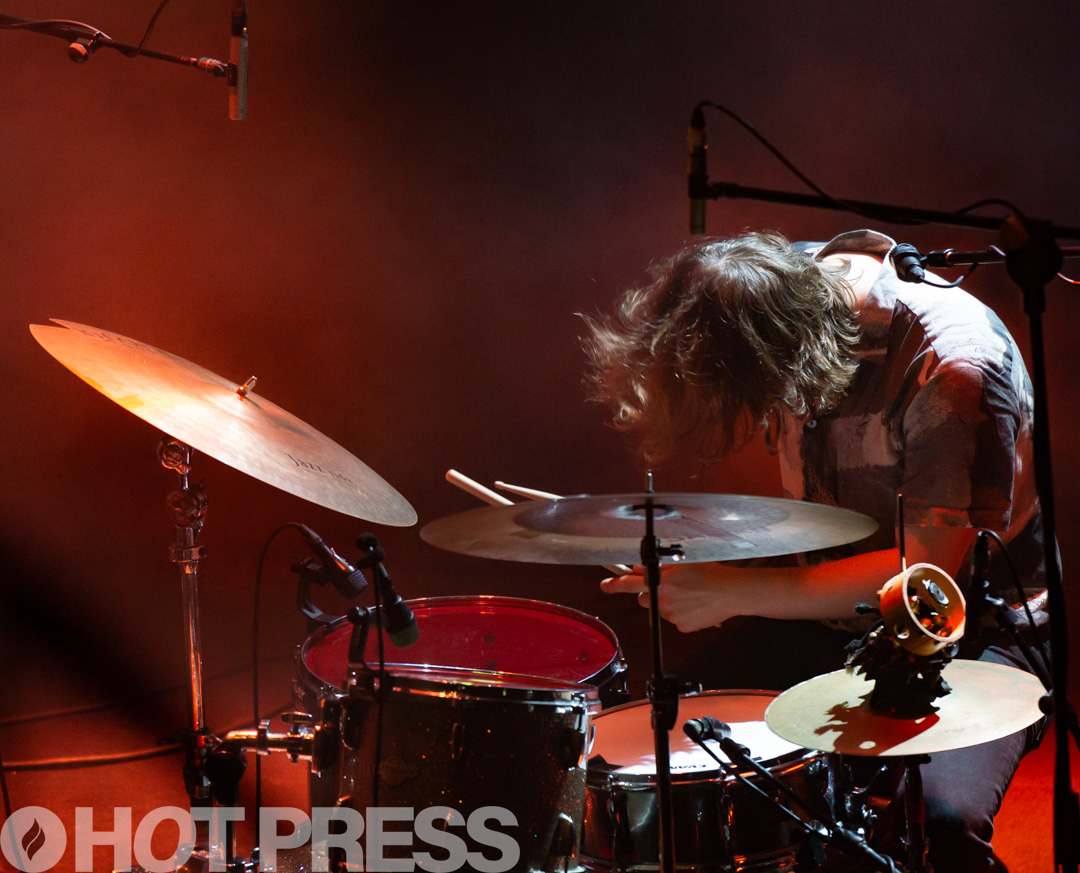 He introduced ‘Daly’s Well’ next as, “A song named after a place behind my house in Kerry.” The guitar-led, finger-plucked intro trickled into booming drums for the mostly instrumental, hazy track, showcasing Junior Brother’s intricate string work. He shone a spotlight on his right-hand mandolin man for ‘Given In The Dark.’ “This is Tony,” Kealy introduced Solo Tones, “this is his moment to shine!”

After a one-two countdown from Tony, Kealy unleashed his vocals on the song – which take the form of mouthing sounds, rather than sophisticated singing. But that’s Junior Brother at his best: breaking down the barriers of the expected and building walls of sound that teeter on the edge, daring to burst with some raw power. The intensity of ‘Given In The Dark’ was relieved somewhat by its follow-up, a song the crowd cheered for as the singer introduced it. 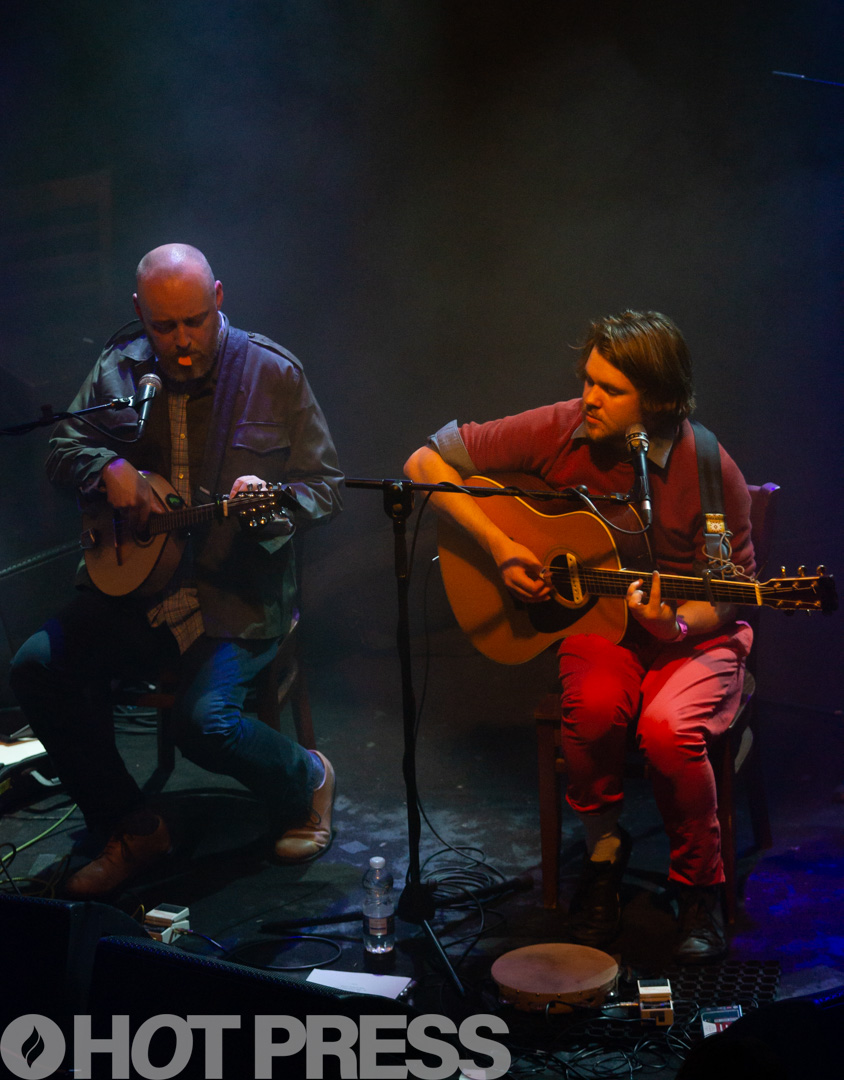 ‘This Is My Body’ – a song off Junior Brother’s new record that has quickly become a fan-favourite – Kealy described as a track about a, “Fellah who’s put on a bit of weight, and about what goes through his head.”

The lyrics were equally insightful and hilarious, examining body dysmorphia from the male perspective through the bellowed hook of, “How can she love a human potato?” From the front row to the very back of the room, the audience bopped along to the energised strums of Kealy’s guitar and sang each lyric with the urgency of a much-needed release.

Joining Junior Brother onstage, cellist Claire Kinsella (½ of Irish contemporary duo Lemoncello) added a layer of depth to the live rendition of ‘The Back Of Her.’ Weaving between mellow, orchestral strings and quirky chord progressions, Kealy’s vocals were brought to the forefront of the lyrical track. A calculated storm arrived at the end, as each instrument met with a head-on collision in what felt like a fiery explosion. 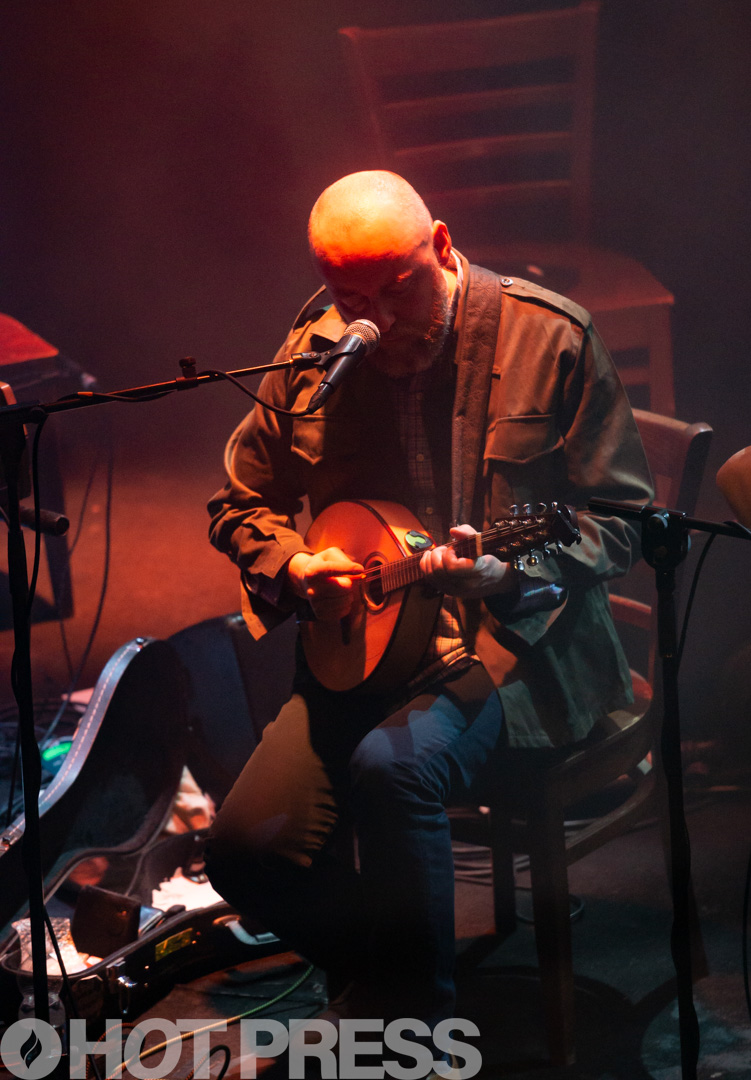 Junior Brother’s contained rage found an outlet on ‘No Snitch,’ as he dipped into a low, growling vocal tone over speedily plucked mandolin notes. In a voice like a creaking door, Kealy roared, “Now I’m fucking angry, God knows why,” as he knocked on the hollow wood of his guitar. The music built a wall around his voice, cradling it through the gentle transition into ‘Tell Me I’m A Fool.’

‘Pull The Right Rope’ and ‘Hungover At Mass’ served as the final celebratory tracks of the night, as the band sped up and the audience let loose to the rip-roaring songs. It was the latter, Junior Brother’s breakthrough track from 2016, that had everyone in the crowd singing along by heart. In a show of appreciation, the singer introduced his second-to-last song of the night ‘Full Of Wine,’ which he announced as, “Dedicated to ye.” 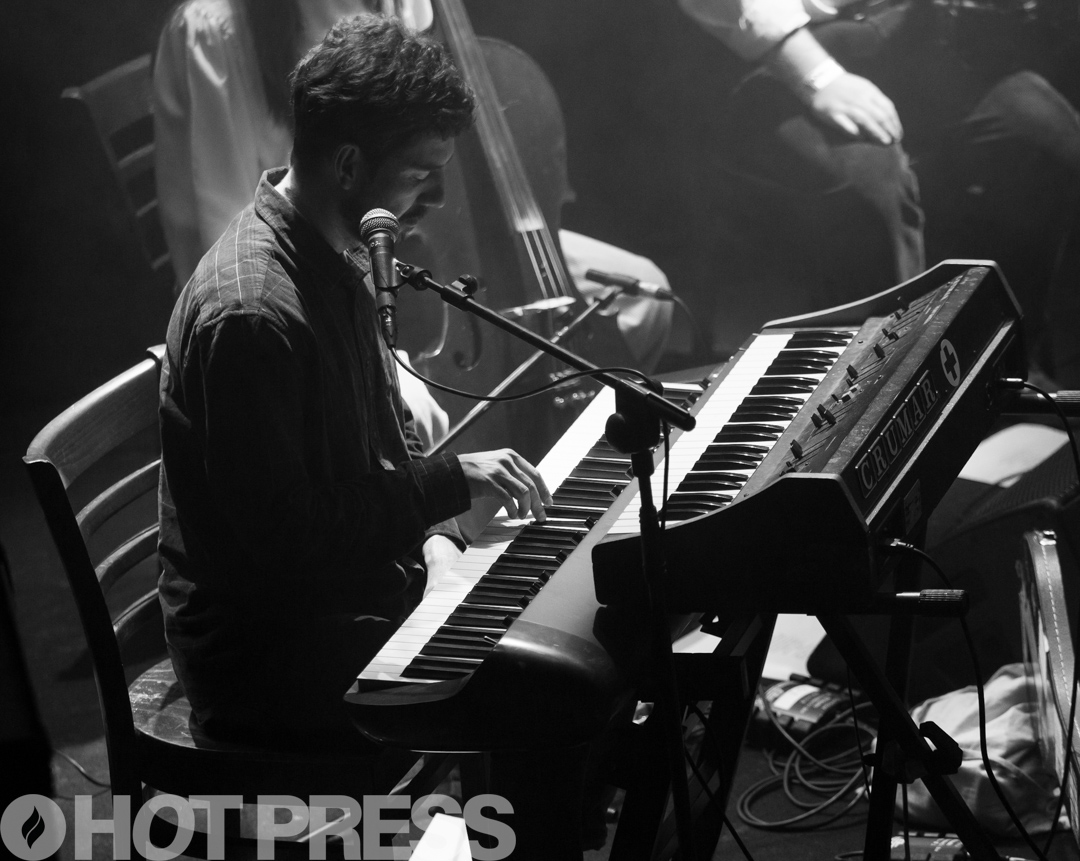 The lively bridge brought about a bit of Irish folk dancing, before simmering out as a mellow acoustic tune. Just enough fire was saved for the final sixty seconds of Junior Brother’s headline show, as he closed out the night to the breathless soundtrack of ‘Landlord’s Hum.’

Just like his sophomore album, Junior Brother’s headline performance in The Button Factory on Friday night was no imitation. The rural Kerry singer brought each emboldened track, from the fresh to the old, to a new degree of life, leaving his Dublin a token live experience and starry-eyed with wonder.

Check out Junior Brother’s newest album The Great Irish Famine below and read his recent interview with Hot Press here.