Fans were treated to a perfect pop performance from Dua Lipa at the first of two hotly anticipated Dublin shows.

Since the release of her eponymous debut album in 2017, Dua Lipa has amassed a slew of devoted fans the world over. Having dropped her sophomore album on March 27, 2020, Lipa has waited a long time to bring Future Nostalgia to the stage. But make no mistake, the imposed two year hiatus has only intensified her talent – and emboldened the adoration of her multitude of fans.

Taking to the stage in a low-cut fuchsia catsuit with matching lace gloves, Dua Lipa looks every inch the pop star. Her Irish fans don't disappoint in the style stakes either. The crowded venue is awash with bright block colours, '90s-style two-pieces, platform boots and plenty of pleather, with party mode in full swing. 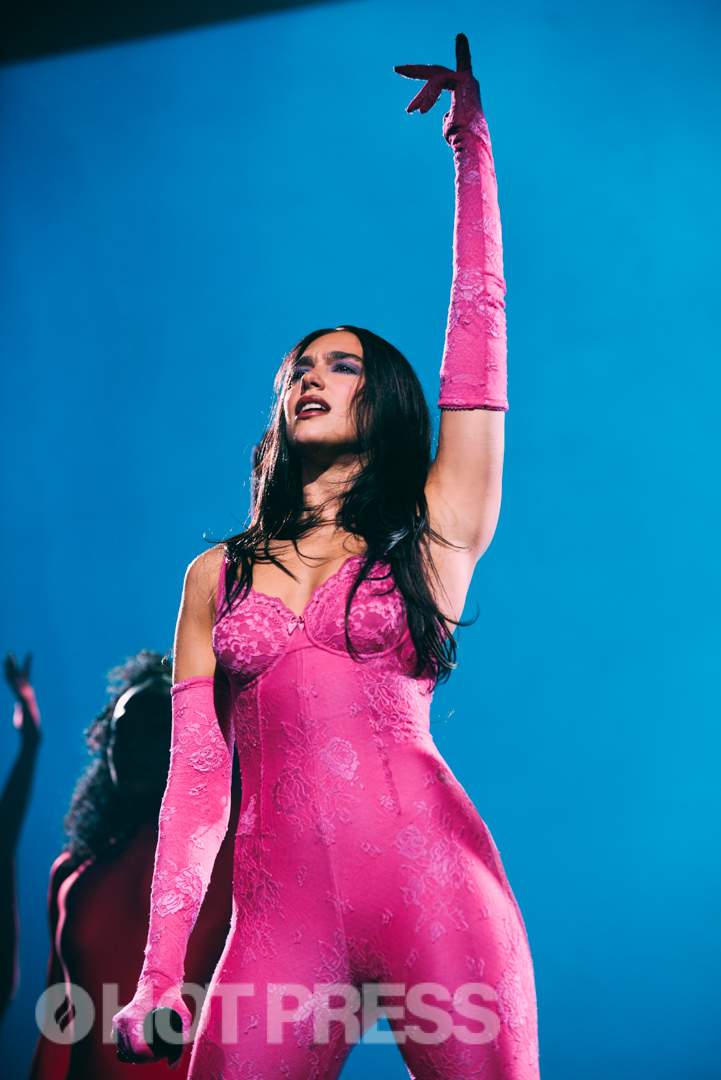 Future Nostalgia favourite 'Physical' opens the 80-minute set. Flanked by her supporting cast of dancers at a 30ft ballet barre, Dua Lipa entices her screaming fans to join in on the high energy dance routine.

Lipa's 2018 mega-hit 'New Rules' drives the crowd wild. Every word is sung emphatically by her fans, with friends singing each line playfully into each other's faces and generally, having the time of their lives. The disco-laced 'Love Again' keeps spirits high. Her superb live vocals shine brightly on the Future Nostalgia track 'Cool', while her guitarist joins Lipa at the edge of the catwalk-ramp stage.

She takes a moment to address her fans, reflecting on her last Dublin show over four years ago in The Olympia Theatre. She is met by deafening screams when she asks if anyone was at that show, all the way back in April 2018. Hey – you can't all have been there!

The euphoric 2015 breakthrough hit 'Be The One' truly sets the night on fire. She encourages the crowd to sing back the lyrics – and her Irish fans don't need to be asked twice. Lipa is visibly impressed by the group effort, laughing 'that's loud as fuck!' And it is...

The entire night is a celebration. From the inflatable lobster, balloons, disco balls and confetti to the glamorous costume changes, Dua Lipa's live show is a delight to watch. As the night draws to a close, she delivers two of her successful collaborations – the Calvin Harris banger, 'One Kiss' and her 2021 hit with Elton John, 'Cold Heart' – the latter spurring a sea of phone-lights swaying throughout 3Arena.

The Grammy Award-winning pop star has gloriously succeeded in bringing her dance-party album to life on stage. From start to finish, this turned out to be a wonderfully spectacular live show – and one that was certainly worth the wait. 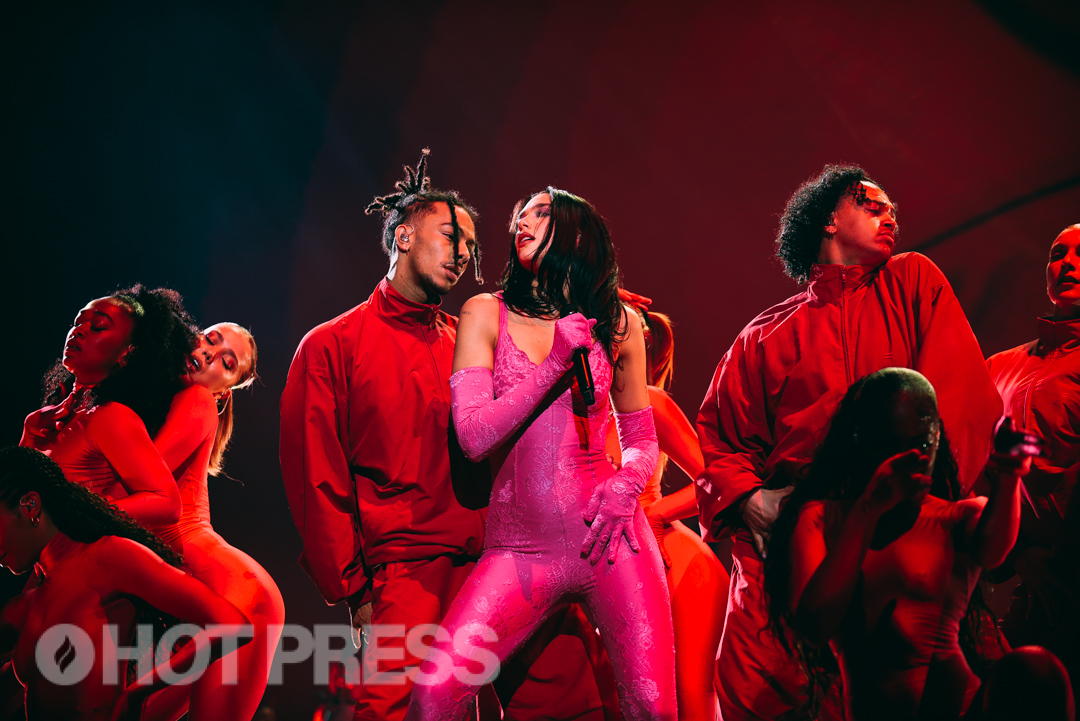 Kendrick Lamar announces Dublin show as part of The Big Steppers Tour
Foreigner at 3Arena (Photos)
WATCH: Sigrid – Hot Press Rapid Fire Q&A Series
Arcade Fire announce 3Arena Dublin date with Feist
Rod Stewart stops by Glasnevin pub Gravediggers
Róisín O: "Going into the music industry at a young age, I was naive - I look back at me in 2012, and I was just a kid"