"Our artists and crews have helped to bring beauty, solace, strength and a sense of belonging to people at this time of national and global crisis."

Season two of the brilliant Other Voices 'Courage' series continues next week, with musical guests The Murder Capital and Kodaline taking to the virtual stage on Tuesday and Thursday at 8pm.

The global response to the first two live streams of 'Courage' season two has been hugely impressive, with James Vincent McMorrow, and Lankum showcasing their talents.

The Murder Capital released their debut album When I have Fears last year to critical and commercial acclaim both at home and internationally, earning a full five star review from The Guardian. 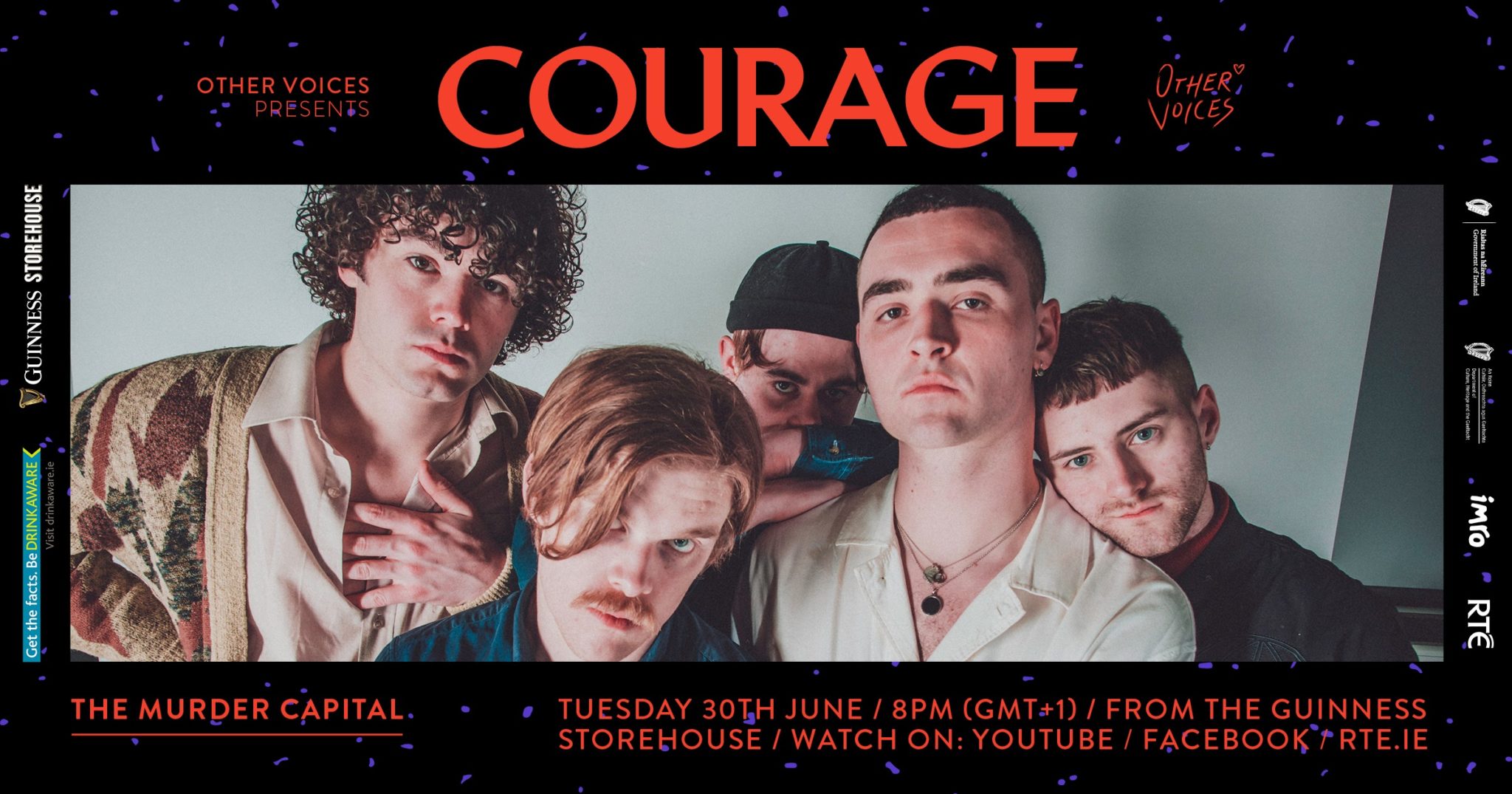 Following their biggest UK and European tour yet in early 2020 - selling out every show including their headliner at London’s The Electric Ballroom - the band have been working on their sophomore album.

On Tuesday, June 30 at 8pm, the post-punk rock band will join the 'Courage' stream from the Gravity Bar at the Guinness Storehouse.

The Swords four-piece recently released their fourth album, One Day At A Time, featuring their brand new single 'Say Something'.

“We are delighted to present this second season of Other Voices Courage as part of the Government’s response to the Covid-19 pandemic," Other Voices founder and director Philip King said.

"This is about bringing people together through music, and recognising the essential and powerful contribution that artists continue to make to our lives," King added.

"Our artists and crews have helped to bring beauty, solace, strength and a sense of belonging to people at this time of national and global crisis - is ar scáth a chéile a mhaireann na daoine."

Further performances will be streamed from Glenveagh National Park, The Crawford Gallery in Cork City along with the Guildhall in Derry, supported by the Department of Culture, Heritage and the Gaeltacht, RTÉ and IMRO.

Catch the first series of 'Courage' on RTÉ Two on Thursdays at 11:30pm.

Kendrick Lamar tells young fan 'You are special' in heartfelt letter
The Year Of Living Dangerously: "Is there any sensible way back from the brink?"
On this day in 1981: The first Slane gig took place – featuring Thin Lizzy, U2 and more
A&R Department: M(h)aol, Hannah Horan, Jack Dora, Local Boy and more
Ross Killeen's Damien Dempsey film Love Yourself Today to have TV premiere on RTÉ One this week
Solange announces composition for the New York City Ballet