Interview: Joey Santiago of The Pixies on the band's legend and their vision for the future
Ed Power

Loud and raw, the Pixies are among the most important bands Hot Press has covered in its 1,000 issues. As both magazine and group celebrate decades of success, guitarist Joey Santiago talks about their early difficulties, his own battle with booze, and how the band have grown more at ease with each other.

Over the course of 1,000 issues, Hot Press has championed earnest and anguished guitar bashers by the truckload. But among the multitude of bands to feature in the magazine’s pages, only a handful have left an impression as dramatic as the Pixies. If they didn’t invent the quiet/loud/quiet dynamic – Hüsker Dü just called to say they want their place in the history books back – they were nevertheless the ones to bring it to a mainstream audience. They unleashed a wave of sonic mutilation. From the start we at Hot Press knew they were special.

Along the way the Pixies inspired Kurt Cobain and Nirvana, and so helped catalyse grunge and burn to the ground the ’80s corporate rock edifice (it built itself back up double-quick). In their way, they’re one of the most historically significant quintets in the lifetime of this magazine – or, indeed, of rock itself.

Yet for many years the band that crawled from Boston and conquered late ’90s indie-dom were the ultimate cautionary fable too. It was an old lesson – the oldest lesson. Be careful what you wish for because success can and will destroy you. In the case of Pixies it was a story of too much too soon. Black Francis, Joey Santiago, Kim Deal and Dave Lovering were shy, slightly obtuse individuals with strong ideas about art but whose social graces were very much at the development stage. None was prepared for what was about to come crashing down on them.

Surfer Rosa, Doolittle, Bossanova and Trompe Le Monde were instant alt-pop classics. This was a run of groundbreaking albums that placed the Pixies in the same category as The Smiths and The Beatles. Yet the bandmates never quite got along. In 1993, Francis essentially broke up the endeavour by fax (today it would probably have been via Instagram post).

The happy twist is that they got back together 11 years later. Bassist Deal has since been replaced by the wonderful Paz Lenchantin. And now they have released the third and best of their trio of comeback records, Beneath The Eyrie. It’s all good, Santiago tells Hot Press.

“It’s just better now… it’s different,” he says. “We weren’t fully developed as individuals, although the fingerprint of the band was pretty much there. But we didn’t know what we had quote-unquote ‘created’. The Pixies itself was developed by the time Surfer Rosa was recorded. However, as individuals we were not.”

He looks back on those old photographs now and is struck by how absurdly young they all were. Francis and Santiago were both 21 when they started the Pixies in Boston (they had met in second year studying at the University of Massachusetts in Amherst). And they were still in their twenties when they Pixies split, dooming them, it then appeared, to live the rest of their lives in the shadows of what they had achieved in their extreme youth. 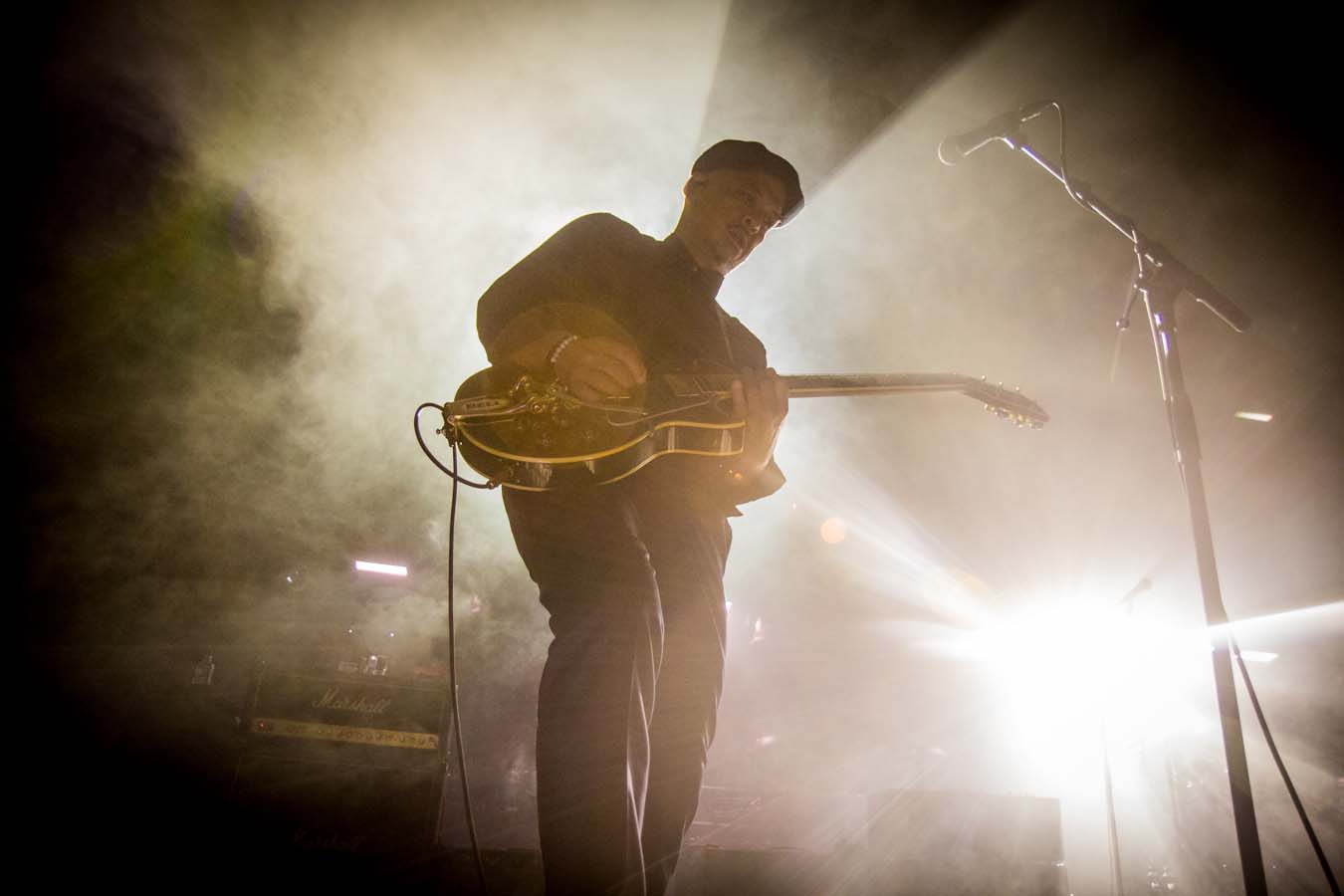 “We weren’t around that long,” says Santiago. “We didn’t have time to gel – get to know each other’s quirks and personalities. We had to learn the hard way.”

In their prime, the Pixies were famously crotchety. They made for spectacularly grumpy and monosyllabic interviewees. Francis and Deal, the two Type A personalities in the line-up, clashed frequently. And they were kids. Life is just more dramatic at that age.

“Everyone is new and strange,” says Santiago. “It was like, ‘Why are my bandmates doing this? That isn’t in my comfort zone… blah blah blah.’ Then you go out in the world and meet other people, and you think, ‘Oh my god, they’re not that bad!”

Santiago has grown in other ways too. In September 2016, it was announced that he was going into rehab. He was never a party monster, but booze became a crutch. Married with a family, he realised enough was enough. He’s been dry ever since. 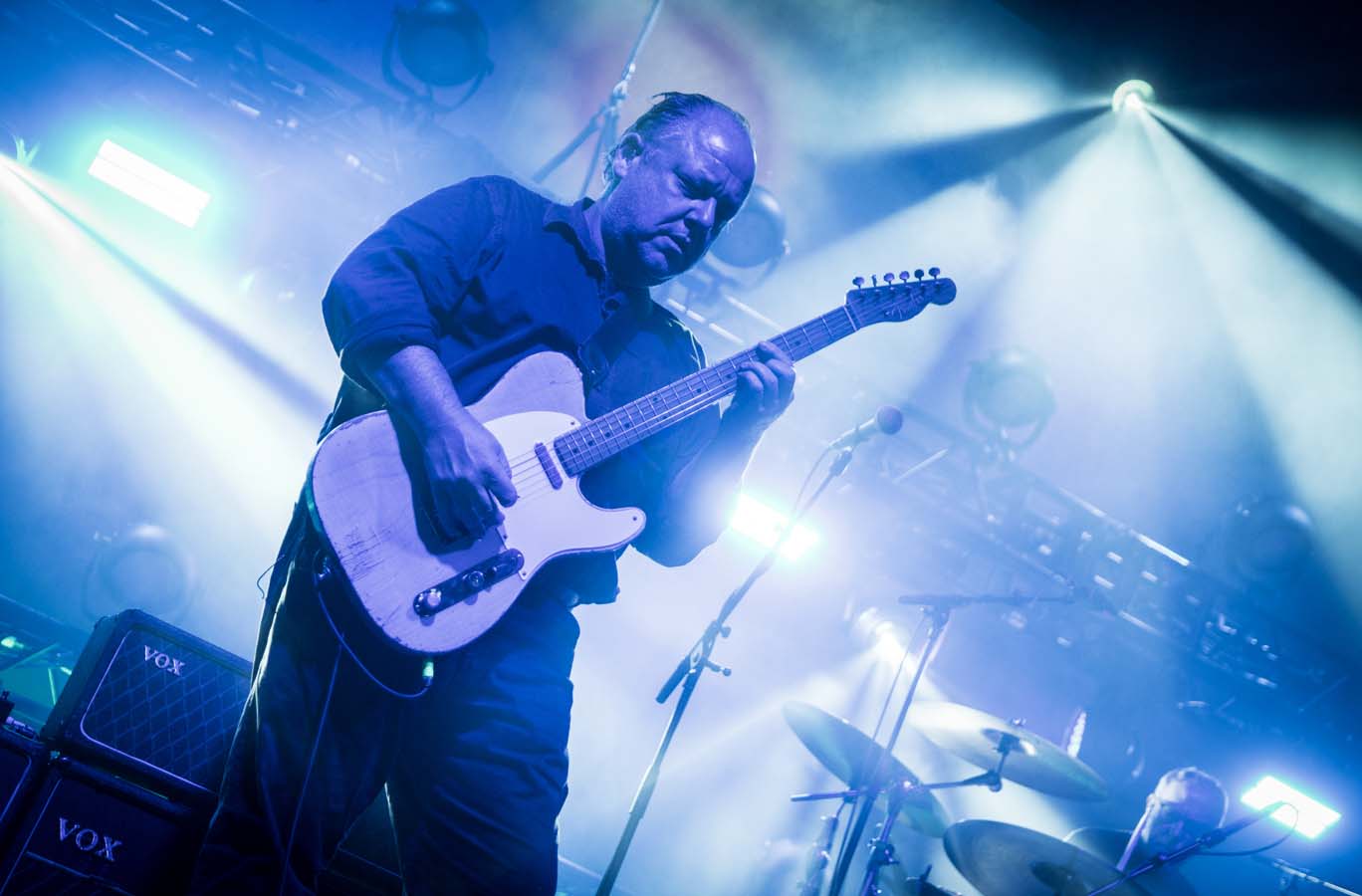 “You get your mornings now.” he says. “You get to see the city you’re playing. You go to the museum. I go to a lot of botanic gardens. If I’m by the coast I go to the beach. I go to coffee shops. It’s a different world: a new frontier to me.”

“It was a new frontier,” he says. “The first few gigs… I would look back and the beer’s gone, the vodka’s gone – where is it? And it’s like, ‘Oh shit… I gotta deal with this head on. We did a warm-up of four shows in California for me – to see what to expect… I knew there were a lot of things that I had to change about myself. I knew I had to work on solutions.”

Beneath The Eyrie is a fantastic Pixies record. What’s great about it is that nobody involved is pretending they are kids any more. Francis’s lyrics are still bonkers and baroque, Santiago’s guitars flutter from a wail to a shriek. But it isn’t Surfer Rosa and it isn’t Doolittle. If it was, the band would have considered it mission failed. This is grown up gothic-pop – Tom Waits is more an influence than The Ramones or Ministry – from musicians embracing middle age and what it brings. 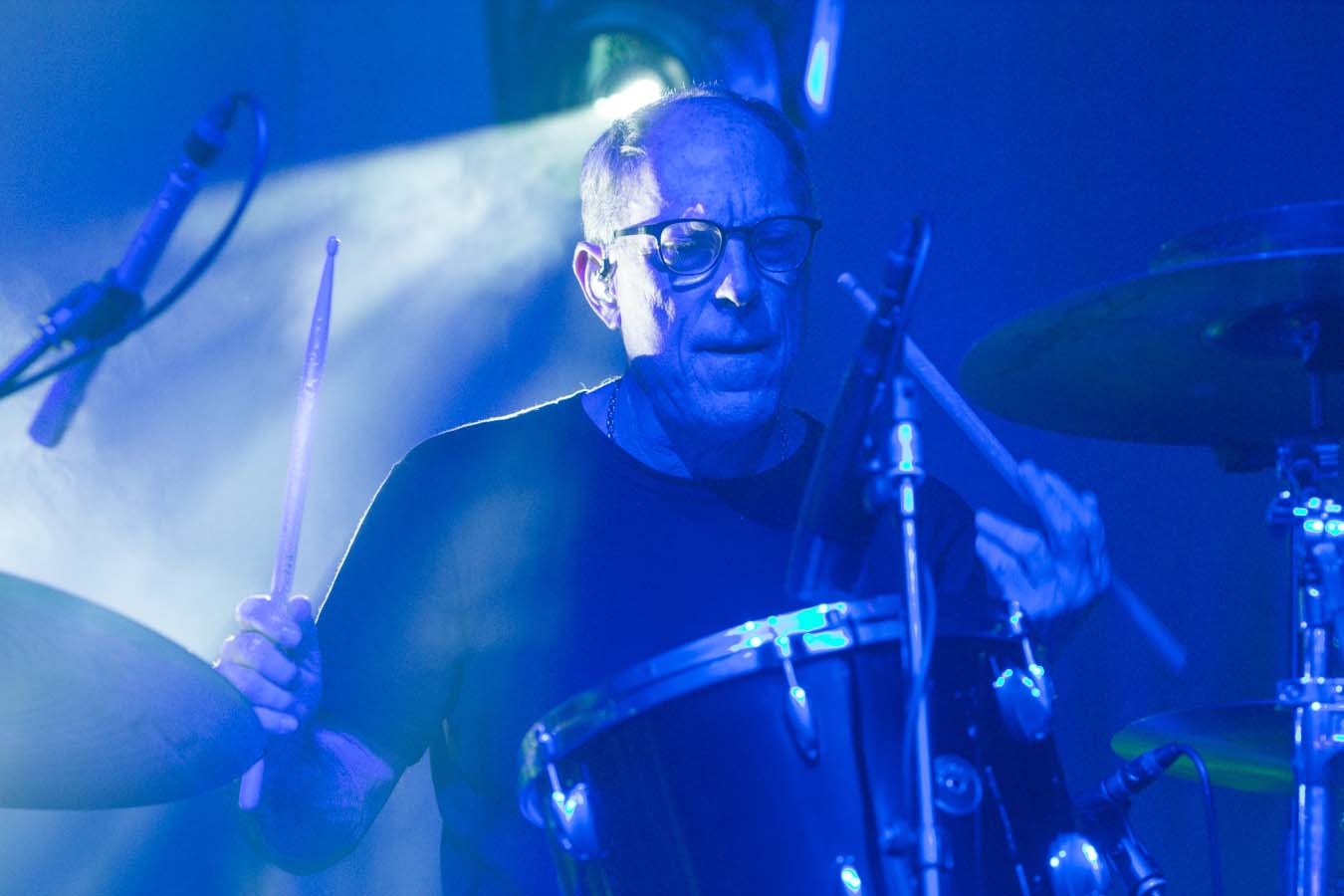 “We never looked back,” nods Santiago. “We made Surfer Rosa and then we made Doolittle. And then we made Bossanova. A completely different record. Head Carrier is completely different. Beneath The Eyrie is different. It’s going to be different all the time, whether people like it or not. We really don’t give a shit – I don’t want a record to be the same at all. Imagine if The Beatles kept doing ‘Love Me Do’. They would have broken up far earlier. It wouldn’t have lasted.”

One reason the Pixies comeback was so successful was because they were lionised after their initial parting. Their reputation grew and grew. Kurt Cobain claimed ‘Smells Like Teen Spirit’ was his attempt at ripping off Black Francis. Bowie covered ‘Cactus’ on his Heathen record. During those years away they became a phenomenon – due, in no small part, to the cheerleading of other artists.

‘It was flattering,” says Santiago. ”But when those accolades made it to the press, we’d already heard it in person. Musicians would come up to us and greet us backstage. We’d met Bowie a few times before he said those nice things about us in the press. It was like, ‘Wow – he’s saying it in public now… that’s cool.’”

Beneath The Eyrie is out now.