Interview - Aurora: "Enya's the only artist I like"
Aurora @The Olympia Theatre 8/11/19

With Norwegian pop star Aurora having enjoyed a landmark year, we sat down with her backstage at the Olympia to discuss the youth-led climate strikes, mental health, and her stunning album A Different Kind Of Human (Step 2). Oh, and why Enya is the only artist she listens to.

Since springing to international attention with a series of bold, genre-splicing pop releases and that viral John Lewis ad back in 2015, Aurora has been clouded in myth and mystique. Critics have tended to paint the Norwegian star as some kind of extraterrestrial/woodland creature hybrid, who landed on the pop charts straight from the pages of a strange Hans Christian Andersen fairytale. As such, the 23-year-old’s subtle, dry humour and quiet charm catches me offguard.

“I’m really tired today, because I’ve been social with people since eight,” she deadpans. “It’s the worst.”

I sympathise. Doors for Aurora’s Olympia Theatre gig aren’t set to open for over four hours, and already throngs of eager fans have formed a queue around the corner of the venue. But even now, relaxing in her dressing room, with none of the trademark warpaint to immediately distinguish her as one of the most hotly tipped stars in modern pop, her global appeal makes instant sense. Soft-spoken and meditative, her soulful energy effortlessly commands the room.

Pulling from folk, electro and new-age, Aurora’s sound shirks off predictability, but acknowledges the irresistible pull of a great pop hook. This unique approach has gained her a formidable following among young outsiders, including a young Billie Eilish – inspired by her unapologetic eccentricity and rousing social messages.

Aurora’s Olympia headliner marks her second visit to these shores within the last six months, following a stellar support set at Mumford & Sons’ Malahide Castle show this summer. Although it rained on the day, she clearly had a ball.

“The rain was great,” she smiles. “It’s like having your own special effects from Mother Earth. I love warming up for other bands. It’s like a no-strings-attached kind of gig. You just do it and then disappear – and they don’t know what hit them.

“Oh, it was my birthday also!” she adds excitedly. “I became one year closer to my death that day.”

With a dark sense of humour like that, it’s no wonder Aurora feels “very much at home” on these shores.

“Ireland feels like a sister country to Norway – between the mysticality, the storytelling, the love of beer, the folk music, the rain and the nature. I feel like it’s very connected to my country. If there was one other place in the world that I could live, it would be Ireland. 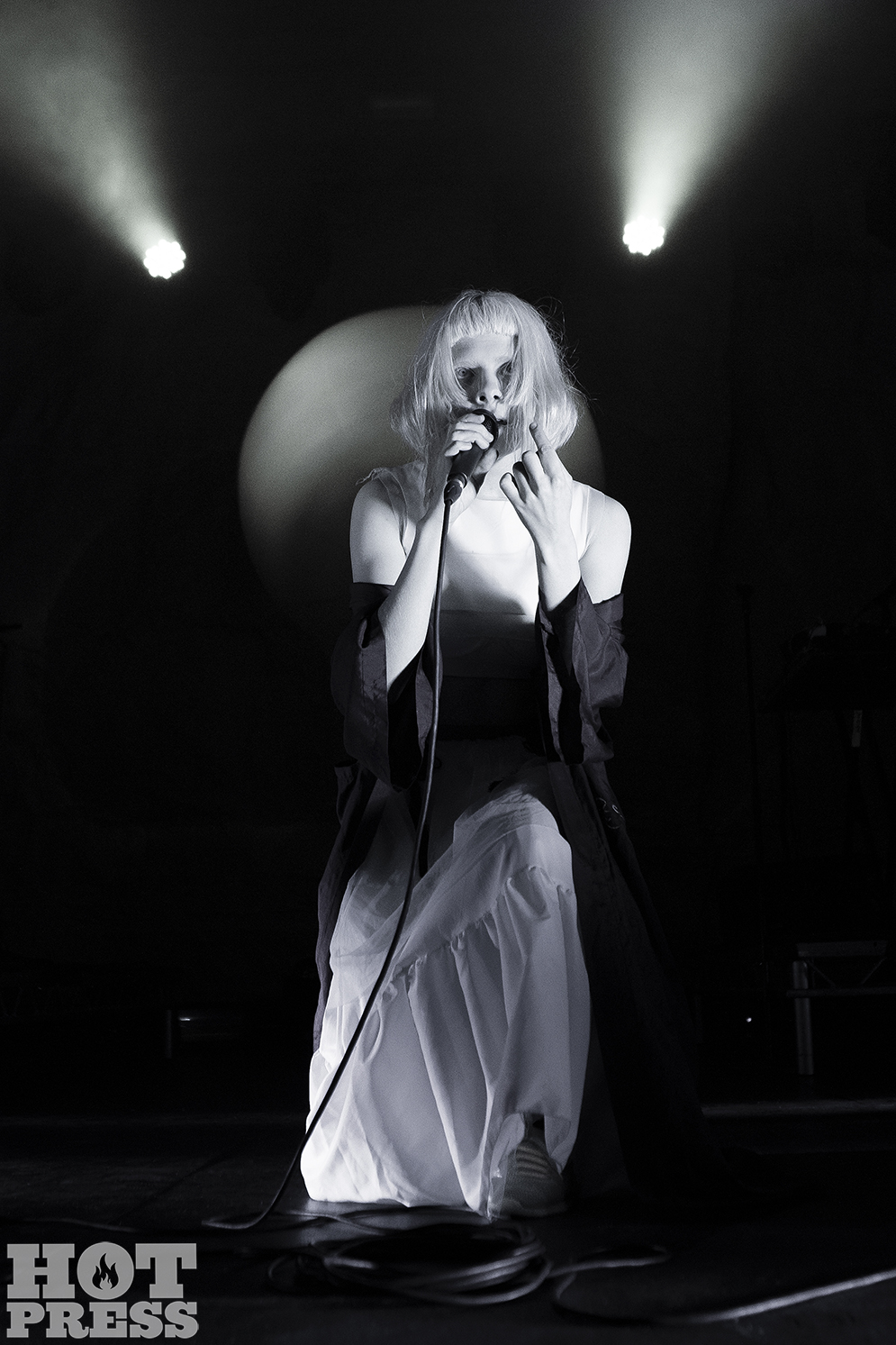 I would love to include more traditional Irish folk music in my next album. It’s just fantastic.”

Aurora has a penchant for expansive soundscapes and lush textures, so I’m not surprised that she’s keen to gush about Enya too.

“You know, I hate listening to music,” Aurora casually reveals. “I never listen to it, because I have music in my mind all the time anyway – and it just feels like noise, or interference. I never sit and jam along with music. But I love Enya. I listen to her when I fly, or when I’m on the train. Only Enya. She’s the only artist I like (laughs).”

Unsurprisingly, comparisons to Enya, as well as Björk, Kate Bush and Florence + The Machine have chased Aurora since her early career. However, she blew most attempts to categorise her sound out of the water this year, with the release of her second studio album, A Different Kind Of Human (Step 2). The project is considerably darker than her previous material – though her natural optimism still shines through.

Standout single ‘The Seed’ is topically centred around ecological disaster, paraphrasing a Native American proverb in the damning chorus: “When the last tree has fallen / And the rivers are poisoned / You cannot eat money”.

“I’ve always been an environmentalist – in an emotional way before, but now in a much more political way,” she says. “I don’t want to speak about the environmental crisis in an angry or condescending way. It’s not about figuring out what we have done wrong, but what we can do right. I want people to listen to a song and just be inspired – and then have that awakening on their own.”

To Aurora, the positive impacts of the youth-led climate strikes are even more far-reaching than we may realise.

“It’s a good time to be alive, isn’t it?” she beams. “People’s perspective is bigger. We’re close to a revolution. Teenagers now want to care about something that’s really meaningful. They’re finding a community and standing together. It’s so healthy, and I believe it will mean less depressed teenagers.”

Mental health is also a topic that she’s addressed with refreshing honesty and senstivitiy  – both inside and outside of her music. A Different Kind Of Human’s opening track, ‘The River’, explores our difficulties in expressing emotion in a world where mental health is stigmatised – something even Aurora can relate to.

“I’m a typical Norwegian in that way,” she says, with a sad smile. “I don’t speak much about my own pain. It’s been okay for me, because I’ve always had the music, which I’m really grateful for. In fact, that’s why I started making music in the first place – so I could take the pain and make it into something beautiful. Often the pain I carried wasn’t my own pain, anyway – I was just really sensitive to everything around me. People are so full of emotions.”

The mental health of young men in particular is something Aurora reckons we should be addressing more intensely.

“If we had more emotional education we would have better statistics around suicide,” she reasons. “It makes sense to me why 73% of the suicides in the whole world are men – because the world is not offering any safe space for men to feel. It’s a problem with women too – but it’s even more extreme for men in many cultures. It’s just horrible, and we could avoid so many of these sad stories.

“People call me weird, but it’s worth it anyway to open up about these things,” she continues. “Because then someone will come up to me and say, ‘They call me weird, too. I don’t fit in at school, and when I heard that you didn’t fit in either, I felt better.’ There are more open and grateful people out there than angry and attacking people – even though it might not look like it on the internet!” 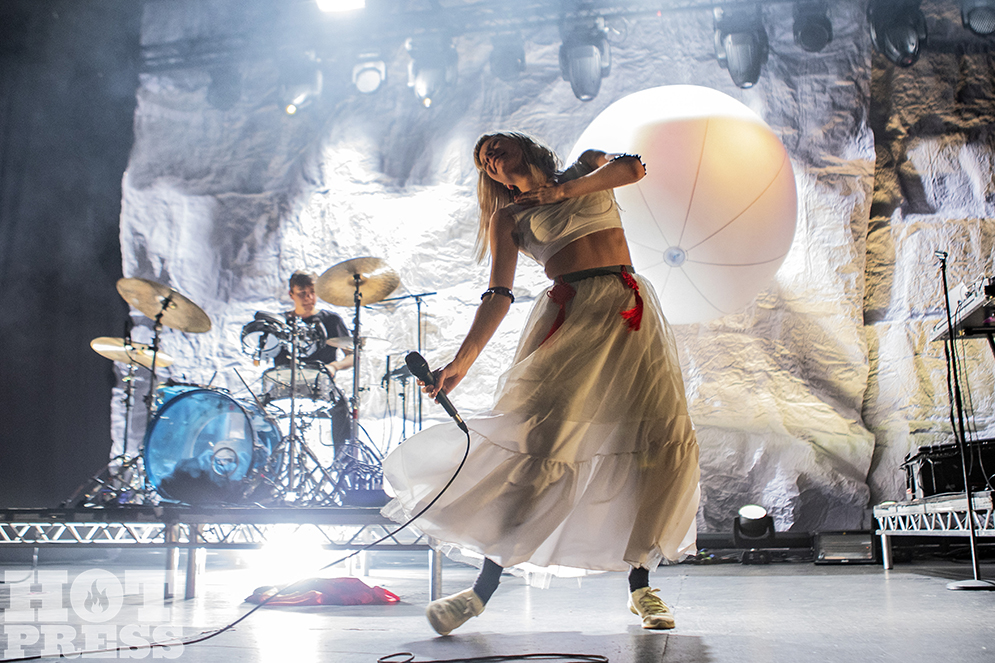 Does she engage with the online hate spewers?

“I never hang out on Twitter,” she says. “Sometimes I just write a little message to my fans there, so that they know I’m still alive. But I don’t look at what people say. I don’t even like the look of it – the app is a really childish blue, and that colour doesn’t suit it. It should be beige (laughs).”

Growing from a teenager to an adult in the spotlight will never be easy, but Aurora seems to have navigated the industry’s traps without any major missteps. Even so, she tells me, “It was weird.”

“I started when I was 16, though it wasn’t on this scale,” she recalls. “But I’ve been writing music since I was six – so I had already had a 10-year build in my soul, with just me and my songs. I didn’t even want to be an artist. It didn’t appeal to me, and I didn’t dream about it. It just sort of happened, and I couldn’t stop it. So I went along with it.

“I kind of skipped the ‘teenager’ part,” she laughs. “I was a child and then I became a childish woman. I’m either an old lady in a child or a child in an old lady.”

Does she regret missing out on her wild teenage years?

“Maybe,” she admits. “But I’ve never really understood people my age. I’ve never resonated with what they care about, what they want, what they listen to and how they make decisions. Of course, they’re not all the same. But I’ve still never felt at home in it.”

That hasn’t stopped her from embracing a little hedonism now and then, however. 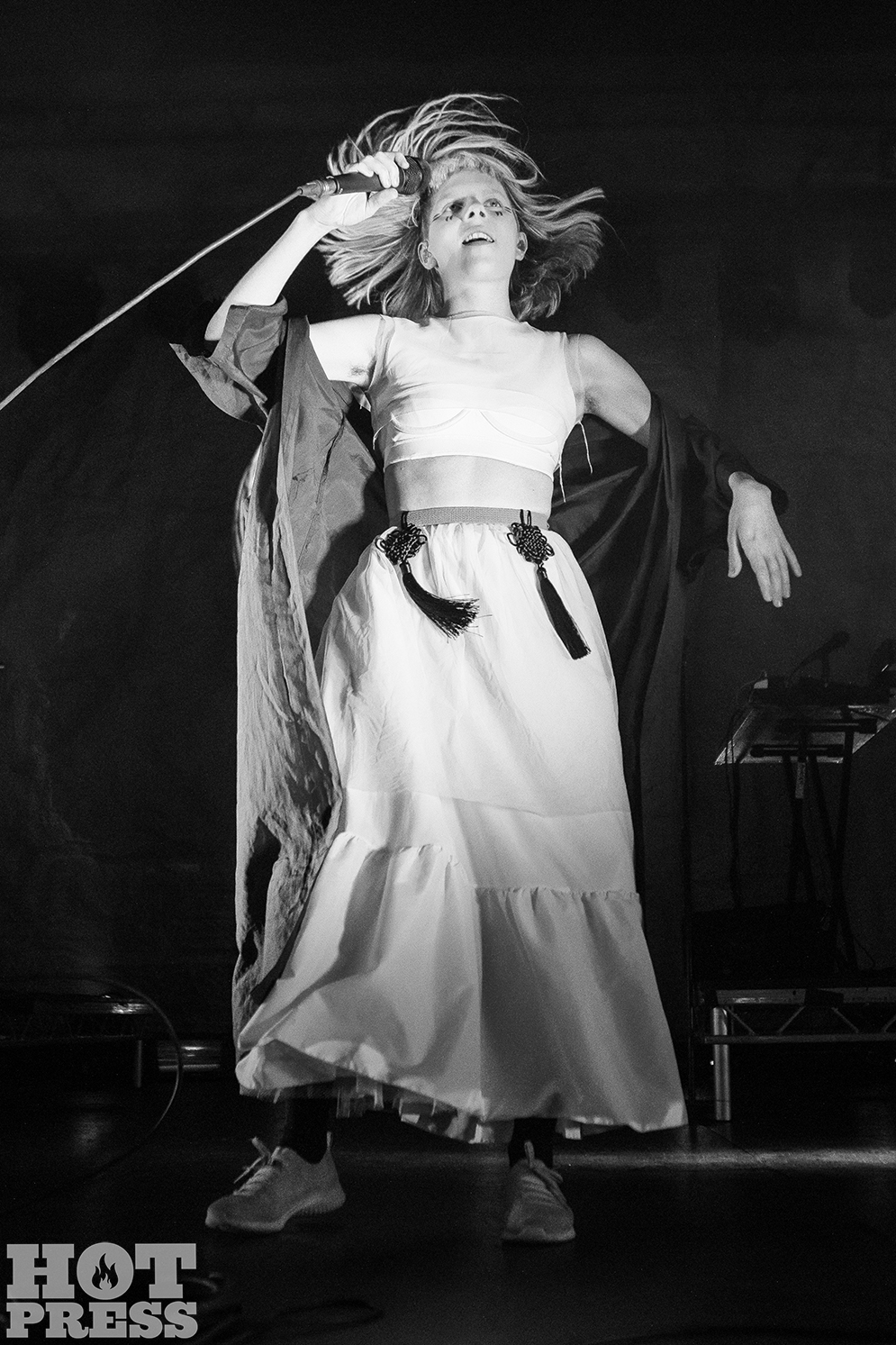 “Sometimes I go out and rave alone,” she says with a mischievous smile. “I love dancing. I like to party, and laugh a lot, until my whole face hurts. I love to let go and be wild, but maybe not in the normal way. I like it really extreme, and then the next day I’ll go sit in a tree. The contrasts are the most beautiful thing.”

A hectic schedule of releases and tours has meant that Aurora hasn’t really had the chance to catch her breath since she was 17. Now she’s 23, and she reckons “It’s time to be still.”

“I’m taking a year off touring next year,” she reveals. “Well, I’ll do a few shows here and there. But it’s time to be with my family. To not travel every day. To make more albums and paint and rave.

“I already have a few albums in mind, so I just have to figure out which one to finish first. I’m really excited, in a new way this time. When I started writing these next albums, I couldn’t sleep. I was awake for a month – just writing and writing. It was beautiful. And exhausting. But I’m ready. I just want to make the most beautiful music you’ve ever heard. Music that can really be healing.”

A Different Kind Of Human (Step 2) is out now. Aurora also features on the Frozen 2 soundtrack, out on November 17.

Sam Smith: Hot Press Cover Star No.2 Makes Chart Debut At No.1
Melts announce headline show at The Workman’s Club this May
New Irish Songs To Hear This Week
Rod Stewart to perform at Cork's Live At The Marquee
Markéta Irglová takes to the 2023 Eurovision preliminary stage with 'HAPPY'
On this day in 1997: U2 released 'Discothèque' as the lead single from Pop