After 25 years on the road, and having been seen by 27.5 million people all over the world, a new version of Riverdance was premiered in Dublin’s 3Arena over the past four nights. It is, it turns out, a marvellously impressive reinvention, which highlights the innate power in the original music...

The pulse in the room was electric. We’d been subjected to the usual Eurovision mix of the banal and the bizarre, with just a few decent tunes along the way. It was half-time. Seven minutes or so to impress the world. Or that was how it had always been conceived.

This was different. We knew in advance that Bill Whelan had been commissioned to do something. That was a good sign. What exactly it might be we couldn’t be sure, but we knew too that he was a musician to the soles of his feet. That he had the chops in jazz, pop, rock, folk and trad. That he knew his way around an orchestra. That he was interested in different time signatures. In world music. That he would attempt something ambitious but with its roots firmly in the Irish tradition.

Still, the visceral impact of those seven minutes-or-so was remarkable. The music was overwhelmingly powerful and brilliant. But the choreography and the staging were at a different level too. Ireland had a history of making do. We all knew the phrase ‘Sure, it’ll be alright’. We knew it only too well.

There was none of that here. Michael Flatley and Jean Butler danced like demons. But it was the re-invention of Irish dancing as an ensemble exercise that was utterly irresistible. This was Irish culture redefined as an expression of strength. Of confidence. It was Irish culture which refused to even glance towards Rome in obsequiousness. It captured something that had never been made so obvious before: that when Irish people stood tall and looked you in the eye, they – we – achieved a different kind of sex appeal.

When it was over, the whole of the Point Theatre erupted. It was a spontaneous standing ovation that rolled on and on. Everyone who was there knew that they had witnessed something very special, not to mention spectacular. What they didn’t know was that it was the start of one of the biggest success stories in modern popular culture.

For the 25th Anniversary Show, Bill Whelan (composer), Moya Doherty (Producer) and John McColgan (director) – the team who together created the original, full-length Riverdance stage show – set themselves another ambitious target: to make the show, which has been seen by multiple tens of millions all over the world, bigger, bolder, better and stronger. That would be no small task. But at 3Arena over the past four nights, audiences have thrilled to a production which is indeed freshly invigorated and ready again to take on the world.

The production is bigger, with special effects that could hardly have been dreamed of back in the mid-1990s. The backdrops change continually throughout, to guide the story through its various stages and locations. The lighting is marvellously expressive, delivering some visually stunning tableaus. 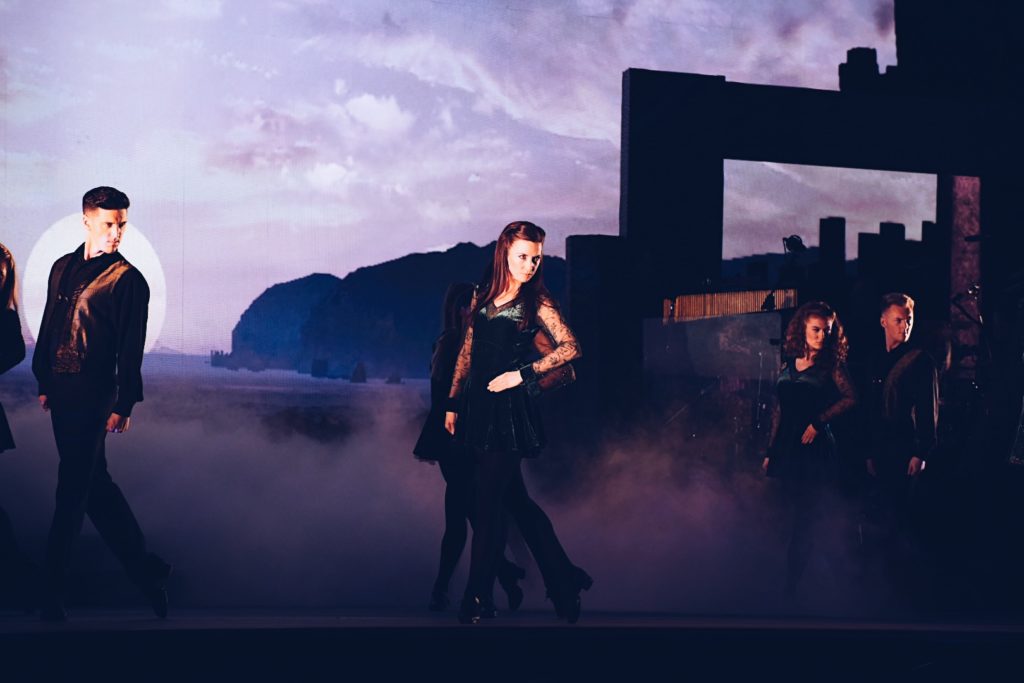 Riverdance is a story of loss, of Irish emigration, of yearning, of cultural exchange, of winning respect – and, finally, of coming home to a different, more cosmopolitan, more open, vibrant and welcoming place.

The dancing is as magnificent and as razor sharp as ever. Except that now you can tell that the athleticism required is more punishing and impressive than in the early days. To say that there is no room here for slacking is to understate it madly. Unless you are fit and agile and ready for a metaphorical rumble, then you won’t make it near the Riverdance stage. You really have to be very, very good.

But it is the music that leads the way. I was struck again and again during the show by the richness of the musical and cultural reference points. By the way in which Bill Whelan has interwoven elements of Irish traditional and folk music – which is, of course, at the heart of the enterprise – with American old-timey and bluegrass music (itself inspired by Irish and Scottish folk); with the Flamenco tradition of Spain; with the cossack music of Russia and its neighbours; with the rhythms of tap dancing, black music and street performance in New York and across the U.S.; and with the great melodies of the American songbook and the orchestral tradition of Hollywood.

Riverdance had existed as a piece of music – or as a musical idea – in Bill Whelan’s mind as a kind of all-encompassing metaphor: of the way in which culture evolves; of the commonality between different peoples and also the music that they make; but also of the diversity which is so important to the pleasure we take in the world and the way in which we can and should share its inestimable bounty.

Can we ever say from whence the water in the tides that lap up on our shores and into which we plunge to swim originates? Or whence the water of the Shannon or the Liffey, replenished from clouds that have been carried across the world on random winds that can swirl in, or from, any direction at any moment in time, might have travelled? That is the mystery and the magic underlying Riverdance: the sense that we are constantly replenished by fresh currents. That we are the better for being open and welcoming; for recognising that, if there really is something in the water, it is not our water alone, but the water that our location and weather systems provide to us by an accident of geography and the prevailing weather systems.

In bringing all these undercurrents together, the music of Riverdance really is a remarkable achievement, made all the more impressive and moving by the sheer brilliance of so much of the playing. Mark Alfred on percussion is at the heart of the action: so much of Riverdance is about rhythm, after all. Declan Masterson also gives a superb performance on a variety of string-driven things – notably guitar and kaval – as well as pipes. But, in particular, I love Emma McPhilemy’s contribution on saxophone and the brilliant playing of the multiple all-Ireland champion, 17 year-old Haley Richardson on fiddle. Martin Hayes described Haley as the most astonishing young talent that he has ever seen – and that was all of ten years ago. She is that and more now.

These musicians are virtuoso performers, but Riverdance takes them well outside their comfort zones. Some of the improvisatory work is marvellous, but it always comes back to the elemental power of the original composition.

On the vocal front, Edel Murphy is a fine singer, handling the solo pieces with great calmness and authority, but there are exhilarating moments too of unison singing, rhythmic exclamations and chants as well as gorgeous multi-voiced choral pieces. There is never a dull moment.

Among the dancers, Rocio Montoya is outstanding in the flamenco solos: all sensual movement and feline grace. The 'Trading Taps' section where the Riverdance Tappers joust with the new Irish arrivals on the streets of North American cities offers humour and lightness, as well as brilliant dancing. And lead dancers Amy-Mae Dolan (from Tyrone) and Callum Spencer (from Warwickshire, England) are fleet of foot and light as air, delivering with superb, and what to me looked like flawless, precision.

There are too many people involved in a production of this scale to name all of those who contribute to making the whole much greater than the sum of the parts, but the sound, designed by Mick O’Gorman, is magnificent and the great Joan Bergin has done a marvellous job with the costumes.

In 3Arena, as the cast take their bows at the end, there is a standing ovation, reminiscent of that first Eurovision night, and rightly so. It is easy to see something like Riverdance as part of the furniture, to box it off as a kind of done deal. But to do so is to miss the point entirely. It represents one of the towering popular cultural achievements by Irish creatives – across music, dance and staging – of the past fifty years.

To see it reinvented so impressively is a blast. Long may its elemental power roll. 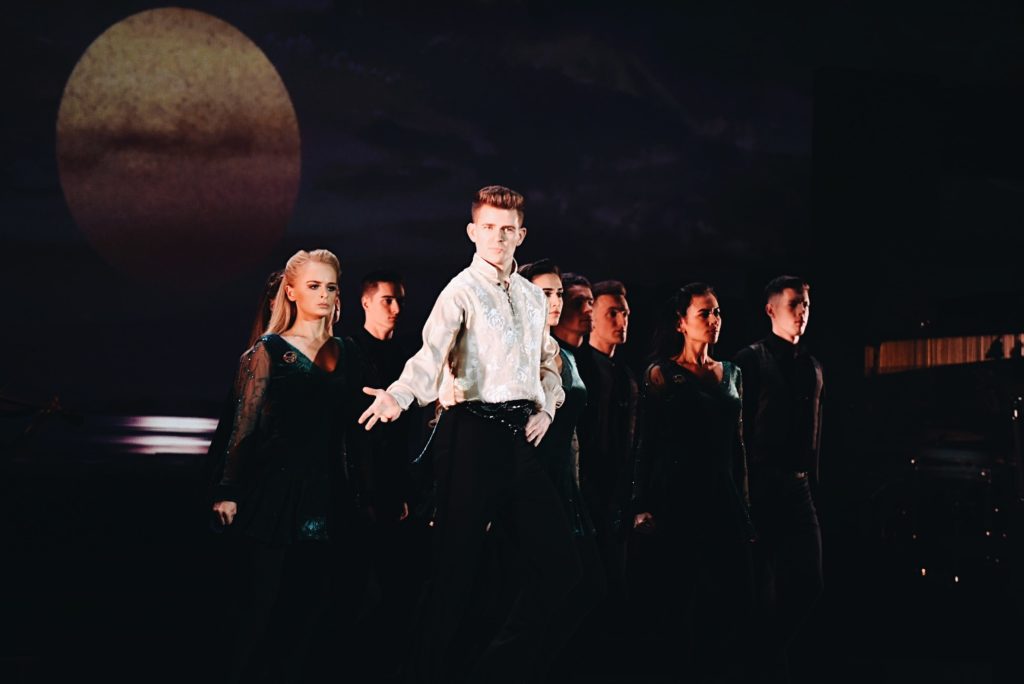 Nick Cave & The Bad Seeds reschedule 3Arena dates for April 2021
Happy Birthday Elton John: Revisiting Farewell Yellow Brick Road at the 3Arena
Niall Horan adds extra 3Arena date due to popular demand
Live Report: The 1975 play a belter at 3Arena
Genesis to play reunion show in Belfast
Dublin Hails Gavin James In Historic 3Arena Triumph
We use cookies to ensure you get the best experience on our web site - by using this web site you consent to our use of cookies. Read more »