Irish legend Ronan O'Gara feels Ireland can learn from past mistakes and make a major impact at this year's Rugby World Cup.

A true legend of Irish rugby who sealed his iconic status with his Grand Slam-winning kick against Wales 10 years ago, Ronan O’Gara has of late emerged as a coach of real promise, taking over the hot seat at French Top 14 club La Rochelle.

This comes after two hugely successful years as backs coach at New Zealand side Crusaders, where O’Gara helped the team secure back-to-back Super Rugby titles during his tenure.

Sitting down for a chat with Hot Press during his recent visit to Old Wesley Rugby Club in Dublin, where he helped launch Energia’s new rugby campaign, The Power Behind Positive Energy, O’Gara turned his analytical skills to Ireland’s highly anticipated upcoming World Cup games in Japan, kicking off with a showdown against Scotland in Yokohama.

Expectations have taken a bit of a nosedive following Ireland’s underwhelming Six Nations campaign, but coming off the back of an outrageously successful 2018 – which included a Grand Slam and a second landmark victory against New Zealand – there was perhaps a bit of an over-reaction to the team’s dip in form.

“That sometimes happens in sport,” notes O’Gara. “I suppose when you get a team that has created really high standards for itself, the disappointment is always a little bit more acute. The great thing about this team has been their level of consistency, so for them to lose two games in the Six Nations was a bit of a shock to everybody, because of what they’d done in the previous three years.

“Disappointment is one thing, but if there was a malice in it, that would be different. However, I didn’t detect anything like that. It’s just the way it goes – when people get interested in sport, everyone’s opinions differ, don’t they?” 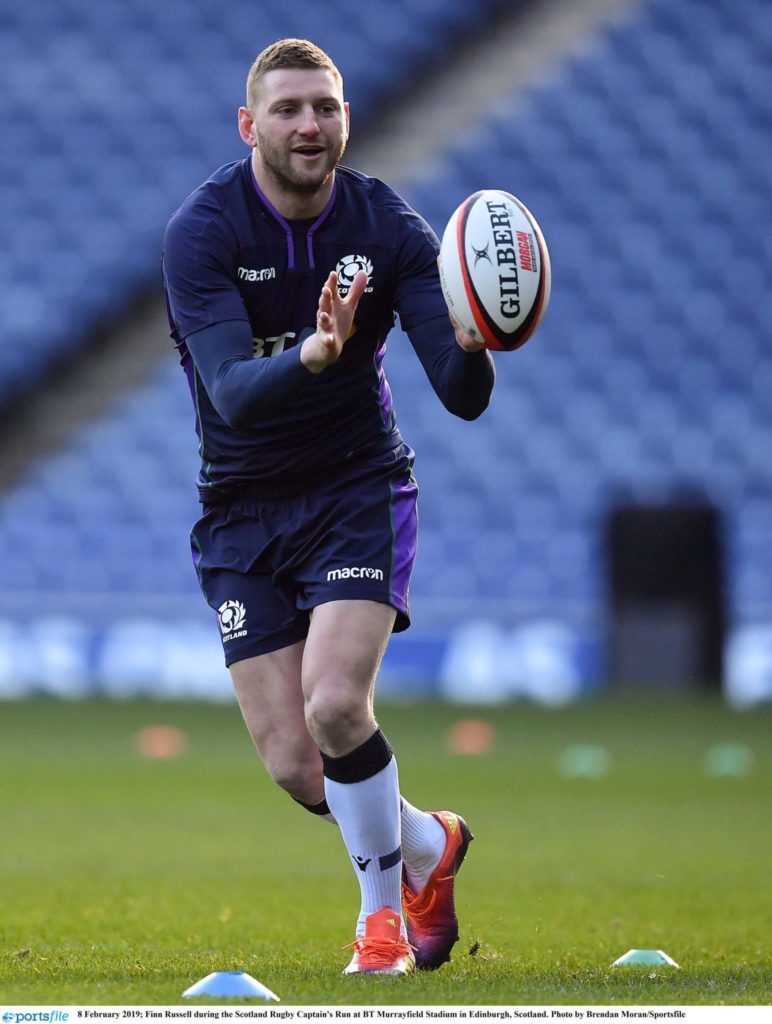 Ireland’s opening opponents, Scotland, have been outside the elite of international rugby for many years – the last time they claimed a title was fully 20 years ago, when they won the final Five Nations tournament. Still, the feeling remains that on their day, they are well capable of springing a surprise.

“A lot will depend on how Finn Russell goes,” reckons O’Gara. “He has the capacity to win a game. There’s a few potentially difficult games before you can even consider the quarter-finals.”

Japanese rugby has made considerable progress in recent years, and in the 2015 World Cup, they caused a sensation when defeating South Africa in one of the tournament’s most memorable games. Though they will be underdogs against Ireland, led by captain Michael Leitch, they could pose real problems for Ireland.

“Japan as the host nation will be dangerous,” says O’Gara. “They had that huge win against South Africa last time out and the game is growing there all the time. From working in New Zealand these past couple of years, I know they would scout players in Japan, and a lot of New Zealand players actually go to play in Japan at the end of their careers. It’s a lifestyle change and a different challenge.”

Looking at the tournament more broadly, is the humidity in Japan likely to prove a huge factor?

“I’ve talked to a lot of guys who’ve played there in Japan around October and November,” says Ronan. “There’ll probably be fast pitches, but I don’t think there’ll be searing heat or anything. It’ll be humid, yes, but I think that’s better – it’s better as a spectacle and for growing the game. It’s better having the dry ball, because it’s a very different game when it’s wet. In soccer and football, it’s not as much of a factor, but in rugby it really is. Dry conditions will make it very interesting.” 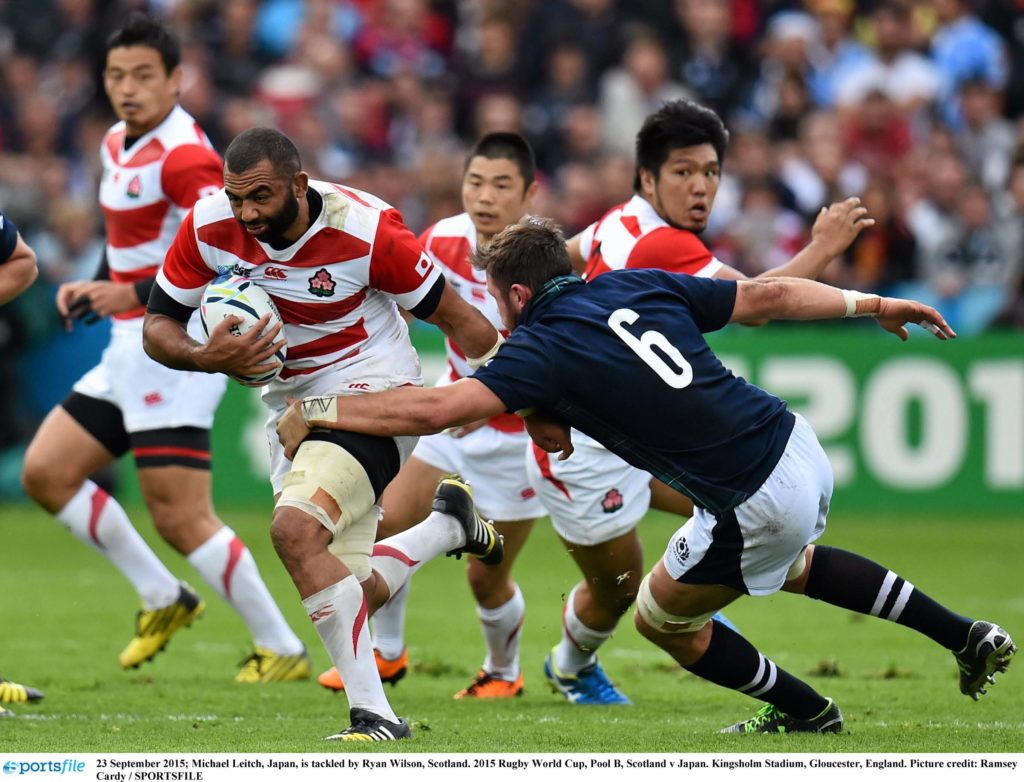 Notably, the Russian forwards coach is Irishman Mark McDermott, who last year was even acting head coach for a period following the resignation of Aleksandr Pervukhin. With Welshman Lyn Jones now at the helm, Russia will be looing to improve on their previous World Cup appearance in 2011, when Ireland had fully 50 points to spare in their Group C encounter.

O’Gara cautions against complacency in the Irish players, pointing to his own experience of the 2007 tournament. Then, Ireland went into the competition on a high, only to notoriously fail to emerge even from the group stages.

“Because we were struggling against weaker nations, we were getting psychologically disturbed about it and trying to rectify it,” he reflects. “Sometimes the best way to rectify it might be to trust in the plan you always had. It’s important to have someone in charge of that: the mental side of the game has become huge.”

Is it now the most important element?

“I think at that level, yes,” nods O’Gara. “There’s very little between the teams physically, and you’re spot on – this World Cup, for the first time ever, you couldn’t name the potential winners on just one hand. That wasn’t the case for all the other tournaments. There might be two or three at a push who you thought could win. If you did a poll out on the street today, you could get seven different countries.”

With New Zealander Steve Jackson at the helm, Samoa have yet to record a signature World Cup win, although they’ve had some close encounters against South Africa, Wales and Scotland.

“Samoa, to be fair, they’ve done a bit of damage in World Cups previously,” says O’Gara. “They have some incredibly powerful rugby players, even if they’ve struggled to put it together as a team. Another factor as the tournament progresses will be Ireland’s strength in depth. We probably have a stronger squad this time out, although there are obviously still key men like Johnny Sexton and Conor Murray. Then you have guys like James Ryan, Rory Best, Furlong and Healy.

“In terms of style, there’s probably more space in the southern hemisphere and more of an attacking mindset. But the game management and cup rugby mentality in the northern hemisphere is very hard to beat.”

Minneapolis protests call for justice for George Floyd
Irish pub capacity could be slashed to 12.5% of pre-Covid levels
The Whole Hog: COVID-19 Invades Our Meat Factories
Sustainable Fashion: Where to Start
Róisín Dubh Comedy to broadcast the Friday Night Comedy KARLnival
Seamus Coleman returns to training at Merseyside's greatest football club
We use cookies to ensure you get the best experience on our web site - by using this web site you consent to our use of cookies. Read more »