Only 1-in-7 people in Ireland rent by choice, report shows
Molly Cantwell

The 'We Are Generation Rent' report carried out by Threshold says tenancy insecurity is the biggest reason for attempting to exit the rental market.

A report titled 'We Are Generation Rent' has shown that only one in seven people renting are doing so by choice.

The report also states that people in their 40s, 50s, and 60s, are increasingly limited to sharing a house with other people.

Housing charity Threshold claimed that the biggest desire to exit the rental market they saw amongst people surveyed was tenancy insecurity, felt most significantly by adults heading one-parent families. This charity additionally found that more than half the people included in the survey expect to own their own home by 2027.

The report says "Generation Rent" might call to mind an image of young house sharers, however it now engulfs "those in their 40s, 50s and 60s and older". Just under two-thirds of survey participants were aged over 35.

In a speech made by the President during a visit to the addiction charity Tiglin’s facility at Jigginstown Manor in Kildare, he said: "We have to really think about meeting the basic needs of people in a republic, be that food, shelter and education... Building homes is what’s important. It’s not to be a star performer for the speculative sector internationally or anything else."

Housing Minister Darragh O'Brien hit back at President Higgins, commenting that the housing situation was challenging, but was “certainly not a disaster”. The Minister has since remarked that there is a "scourge" of vacant sites across the country that could be used for housing.

O'Brien has allegedly written to church authorities asking for the transfer of lands banks they own “either at a reduced price or for free” for State social housing.

Threshold said that in their annual Tenant Sentiment Survey 2022, published this morning,212 respondents revealed: 14% are renting by choice; 54% expect to be still renting in 2027; 28% expect they will have their own home; 64% are renting because they cannot buy a home, up from 49% in 2020.

Threshold claims to have assisted almost 20,000 households in 2021.

"Some have delayed starting a family, others have experienced homelessness, unable to accumulate any savings, had to couch-surf or move from one house share to another," the report said.

"They worry about their future, whether they will still be renting when they retire, what will happen to their children if they must move house and school again, and what will they do if their rent increases." 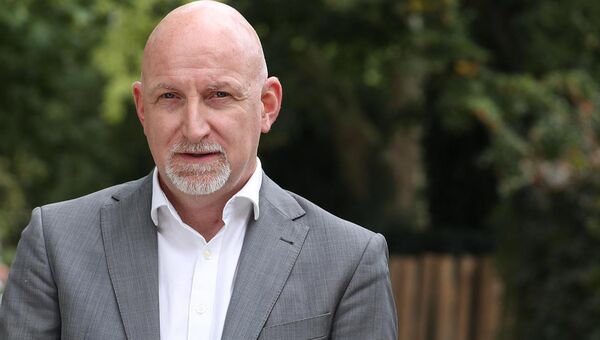 John Mark McCafferty, chief executive officer of Threshold, told the Irish Examiner today: “Tenants’ feelings of security in the home have deteriorated since 2020, the outset of the pandemic.

“In 2022, only 38% reported feeling secure in their home. This is unsurprising as only one fifth of those who participated in the survey left their last rental home out of choice and one in four were evicted as the landlord was selling the home or needed it for their own use.

“When it came to moving, 92% found it difficult or extremely difficult to find a new rental home. This is across all family types, income ranges, ages etc. This crisis in the rental sector is being felt across the board.”

“Tens of thousands of people" reportedly need homes as soon as possible, according to McCafferty.

This report comes just over a month after the daft.ie quarterly rent report revealed that on May 1 this year, there were just 851 homes available to rent nationwide – down 77% year-on-year. Record lows were seen across Munster, with just 64 homes to rent in Cork, Galway, Limerick and Waterford cities combined on May 1, compared to more than 350 during 2019.

The daft.ie report also revealed the average market rent in the first quarter of this year stood at €1,567, almost 12% more than the comparable figure of €1,400 a year ago.