In The New Hot Press: Stephanie Roche talks about that goal, equal pay in football, and much more
Stephanie Roche at the Florentia S.G. training ground, Florence.
Mark Hogan
By: Mark Hogan

Having attained worldwide stardom with a wonder-goal that went viral and earned a FIFA Puskás Award nomination, Stephanie Roche these days plies her trade with Italian Serie A side Florentia San Gimignano. In her most revealing interview to date, the gifted striker reflects on the ups and downs of her career, the recent upheavals in the FAI, the women's team's battles with the Association, equal pay and sexism in football. Plus her thoughts on doping in the sport and the Repeal referendum.

In 2014, Stephanie Roche burst onto the world stage when her stunning goal for the Irish women's football club Peamount United went viral.

"I like to think I'm a decent footballer in terms of technical ability," she admits of the shot. "I think I can score special goals. But women's football can be quite bitchy."

Roche went on to become the first woman in the world to be nominated for the FIFA Puskás Award. Over one million people worldwide voted her into the runner-up position, while at the Ballon d'Or ceremony, she turned the heads of Ronaldo, Messi and countless more around the globe. While football has historically been a man's game, Roche sees the landscape changing.

"The Premier League in England generates millions. Right now, the Women's Super League doesn't. But if the FA promoted the women's game in the same way, it could make as much," she explains. 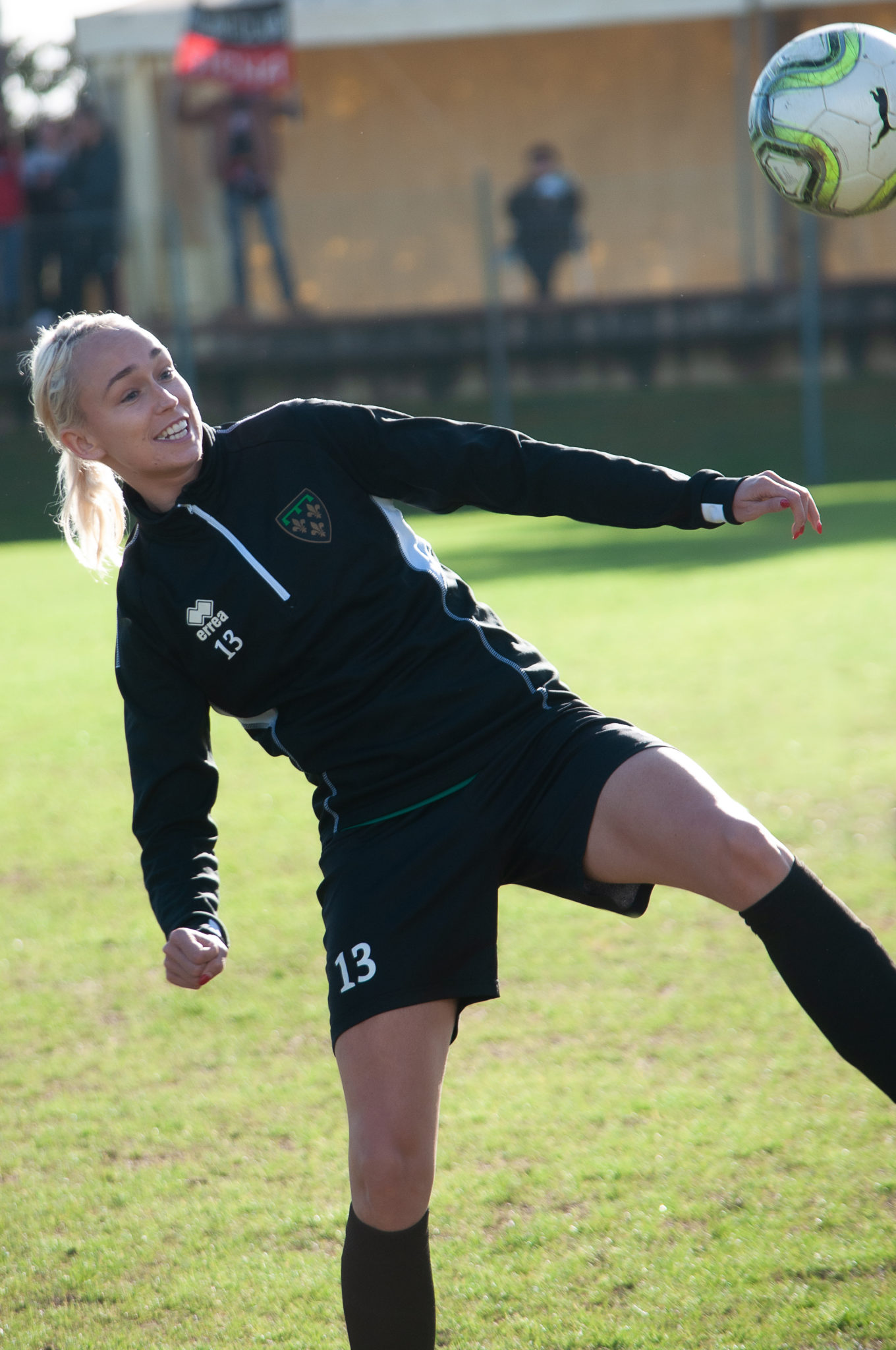 "We're doing the same thing every day, we're working our arses off," she says. "But at the same time, I don't think we generate enough money yet.

"Our attendance is growing and we're heading in the right direction with the games being on RTÉ, but we're still a bit far off getting equal pay."

The past years have brought ups and downs for Roche, including a leg break while on international duty. Last year, she returned from injury to sign with Florentia San Gimignano in Italy's Serie A. In the Florentia camp for their clash with AC Milan, I encountered a footballer in her prime, awaiting her chance to shine again. Stephanie Rocher is ready to prove she has more to give. A whole lot more.

To read the full interview with Stephanie Roche, pick up your own copy of the Hot Press Christmas issue, in all good stores now, or available for purchase below.

In The New Hot Press: Andrea Corr Is Our Bumper Christmas Special Cover Star
General Election to be held on February 8th
Cycle to Electric Picnic 2020 with Tour De Picnic

President Donald Trump has been impeached on account of abuse of power and obstruction
Quotes of the Year 2019: Highlights from our conversations with athletes
My 2019: Tara Stewart
The Whole Hog: Exploiting The Cracks
The Whole Hog: Deja Vu for Irish Rugby
Sports Team of the Year: Irish Women's Hockey
We use cookies to ensure you get the best experience on our web site - by using this web site you consent to our use of cookies. Read more »