See How They Run director Tom George: "Saoirse Ronan was the first person we went to with the script. She's a brilliant improviser"
Sam Rockwell and Saoirse Ronan in the film SEE HOW THEY RUN. Photo by Parisa Taghizadeh. Courtesy of Searchlight Pictures. © 2022 20th Century Studios All Rights Reserved

The whodunit has been a staple of film, literature and theatre ever since the 1930s, with British authors such as Agatha Christie cornering the market. Over time, the genre became replete with beloved tropes and cliches, such as particular casts of characters (there’s always a butler); red herrings (it’s never the most suspicious character); and beloved settings (most often, a secluded English country house).

While American authors and filmmakers reacted to these British stories by creating more hard-boiled, grittier crime fiction, the whodunit remained a staple, with plays and films often becoming family favourites. As with many genres, the whodunit has experienced highs and lows – but now, we seem to be in a resurgence. After the success of Rian Johnson’s fun and twisty Knives Out in 2019, Kenneth Branagh’s recent re-interpretations of Agatha Christies’ Murder On The Orient Express and Death On The Nile, and the Hulu murder-mystery-comedy Only Murders In The Building starring Steve Marin, Martin Short and Selena Gomez, fun murder mysteries seem to be on the rise. But how can you make such a familiar genre new and exciting for modern audiences?

Enter See How They Run. 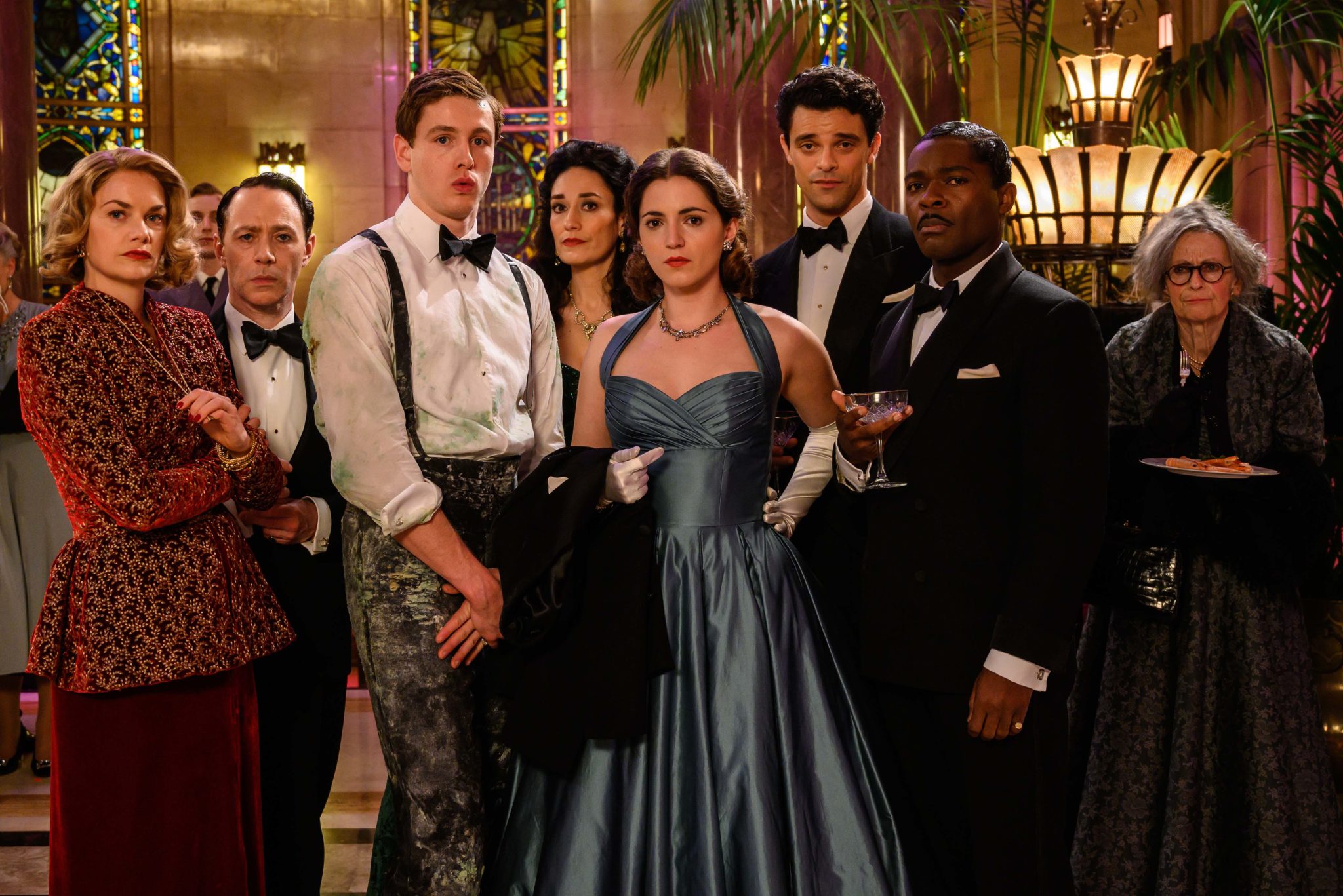 However, writer Mark Chappell and director Tom George also poke loving fun at the genre itself, highlighting its cliches and either subverting them or elevating them for ridiculous fun.

“My relationship with the genre was really the David Suchet Poirot,” says George, sitting in an armchair in a Soho hotel.  “That was the thing that every Saturday night, me and my little brother would sit down and watch, and we’d have little pads of paper and a pencil, and we’d try crack the case (laughs). We never managed to pull it off! Like a lot of people, I wouldn’t have described myself as an avid fan of the whodunit, but even so, it’s deeply burned into our subconscious.

“We’ve all been exposed to whodunits, particularly Agatha Christie, throughout our lives. In making this film, I realised how much I knew about the genre, and how it worked, and the types of characters and twists you come across. But it was important to me that it was a film both for fans of the whodunit, and for people who wouldn’t usually watch that sort of film. Hopefully it delivers something for both audiences.”

Whodunits are tricky beasts, and filmmakers who take them on have to manage a mix of tones, directing the audience’s attention to certain areas, planting clues along the way and, of course, keeping that grand reveal of the murderer a surprise. George took all this on for his first feature – as well as wanting to play with another meta level of genre comedy.

“That definitely was part of the appeal, the chance to make two movies in one,” he notes. “Because on the one hand, you want this to be an exciting whodunit with all the things an audience would expect, but also to be a great character comedy. Certainly, you have to balance the plot. You want to reveal enough information, so that the audience is thinking about it, and when it all comes together it feels satisfying – but not too much that they get ahead of things.

“Also, you have to balance the comic and thriller elements. Too much comedy, you start to undermine the stakes; too much thriller and the comedy gets trampled. Once the stakes get higher, it’s hard to keep the humour going, but by the time I came onboard, Mark Chappell had already done that brilliantly in the script. It came off the page as funny, super-smart and witty, and had the range of comic elements that I love. We continued to finesse it as we came to production, to make sure those two aspects were finely tuned – and that work continued through the edit.”

There have been endless think-pieces dissecting modern culture’s obsession with true crime over the past decade, many of which mention that for the biggest audience – women in their twenties and thirties – the genre is a way of exploring very real and justifiable fears of violence in a safe manner. There’s also the depressing fact that true crime, more than any other genre, is likely to have a woman at its centre – even if she’s almost always the victim. 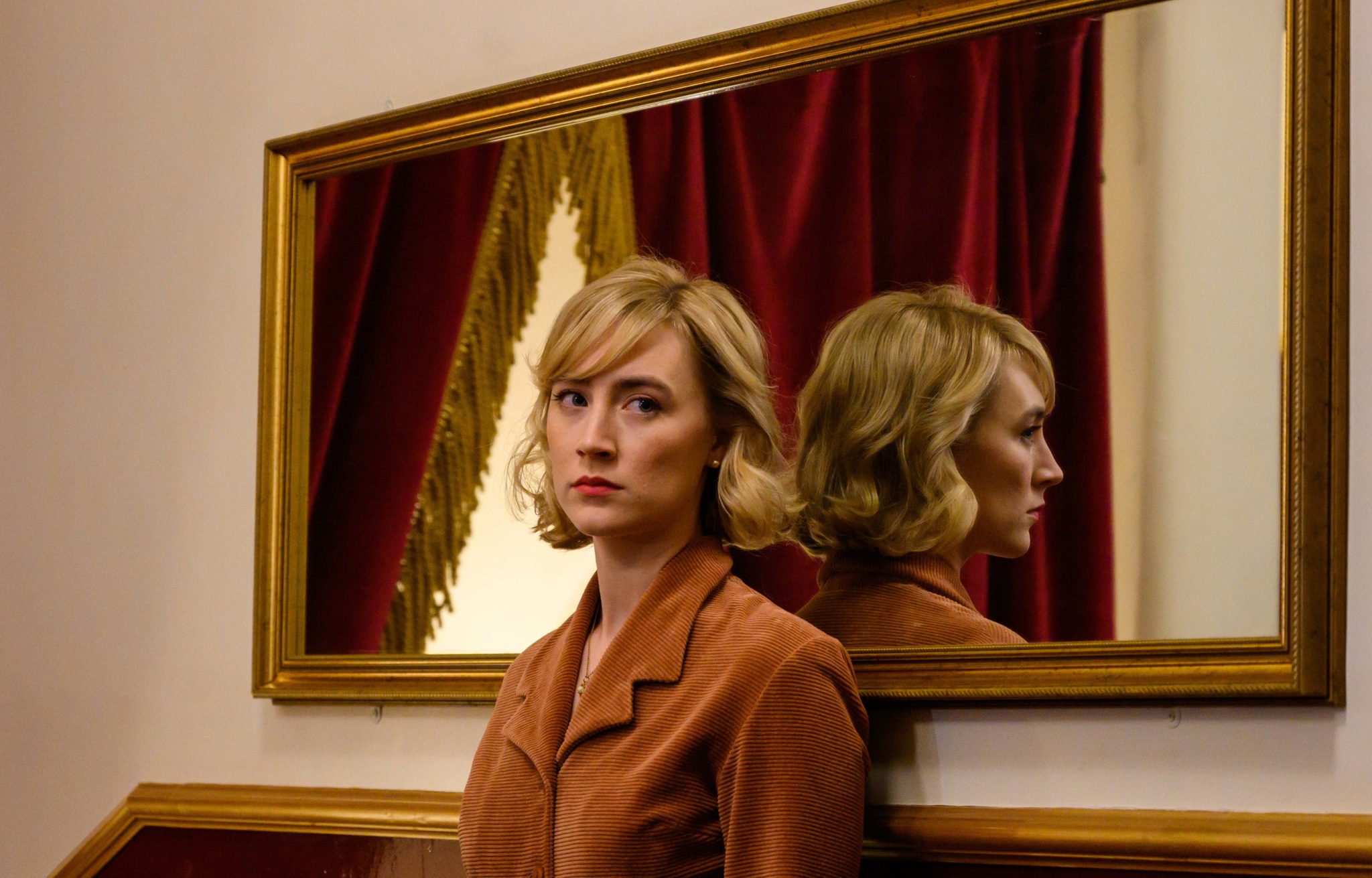 Saoirse Ronan in the film SEE HOW THEY RUN. Photo by Parisa Taghizadeh. Courtesy of Searchlight Pictures. © 2022 20th Century Studios All Rights Reserved

I wonder to George if there could be a similar psychological reason for the cultural resurgence in whodunits – maybe after years of uncertainty and trauma (Trump, Covid, climate change, everything), we’re craving something more escapist and fun, with a crime that isn’t too gory and always has a solution?

“People love a mystery, which is why people love true crime,” the director agrees. “However, my experience of true crime is also that, actually, when it all pays off, it’s so satisfying. But so often, it peters out – as real life investigations do – into dead ends and a lack of clarity. What’s satisfying about a whodunit is that it’s a mystery, but you know it’s going to have a solution. You know that all of those pieces are going to click into place, and that’s such a satisfying experience for the audience. But then the question becomes how to do something new and fun with the genre, which is the interesting challenge.”

The cast all seem to be having a blast, with Adrien Brody playing an ego-maniac Hollywood director who meets an untimely end; David Oyelowo as a flamboyant writer; Sam Rockwell as the jaded Inspector; and Saoirse Ronan as the naive, chatterbox rookie, so eager to solve the case that she jumps to conclusions at every turn.

“Neither of them anticipate that they might work well together at the start,” notes George. “But it feels like it could be an exciting thing by the end and it’s very funny along the way.”

It’s a lovely performance from Ronan, who imbues her character with an over-eager awkward charm. For audiences more accustomed to seeing the actress in roles with a touch more gravitas, her lightness proves a delight.

“Saoirse was the first person we went out to with the script, she was my number one choice to be Stalker,” enthuses George. “We were just lucky enough that she read the script and loved it and got the tone. We had a video call and hit it off from the start. She was just such a joy to work with, and we share a lot of taste in terms of films and comedies.

“But we also share a similar way of working; we both love the musicality and rhythms of a script and how it sounds. She also ended up being a brilliant improviser and she’s really funny on camera, which I think is really exciting for audiences to see, it’s something new. But she’s so grounded and down-to-earth. She’ll just be chatting away to anyone, then turn it on for a take.”

And sometimes, she’ll turn it on so well that the film’s insurance companies might get nervous.

“This is my favourite story which sums up Saoirse,” grins George. “There’s a moment where Constable Stalker basically has to charge through a locked door, and she takes off the lock with her shoulder. I had come up with a clever way to do this on camera. Saoirse would start on camera, take two steps back, and then the stunt performer – in the same single shot – would take over, run through the shot and take the door off its lock.

“We worked this out with the stunt performer and camera team, and I explained the trick to Saoirse. She watched the stunt performer do it once and was immediately like, ‘Oh I’ll do that!’ I was a bit deflated, like, ‘Oh, but I’ve come up with a clever way to do that!’ But she insisted, and was so excited and game. She always wanted to do her own stunts, so it was fun and really easy working together.”

• See How They Run is in cinemas now.

Paul Mescal reportedly in talks to star in Gladiator sequel
Till star Tosin Cole: "Barbara Broccoli recommended me for the role, and I had to do the subject matter justice"
Love Actually stars to reunite for 20th anniversary special