Netflix has released first look images from In the Land of Saints and Sinners which is currently being filmed in Donegal.

Set in a remote Irish village, the thriller will feature stars such as Liam Neeson, Ciarán Hinds, Colm Meaney, Kerry Condon, and more.

The film is written around a newly retired assassin, who finds himself drawn into a legal game of cat and mouse with a trio of vengeful terrorists.

One of the pictures shows a moody Liam Neeson, pointing a gun at the camera, while another photo shows Neeson and Hinds standing on a cliff, with Neeson pointing a gun beyond the sea. 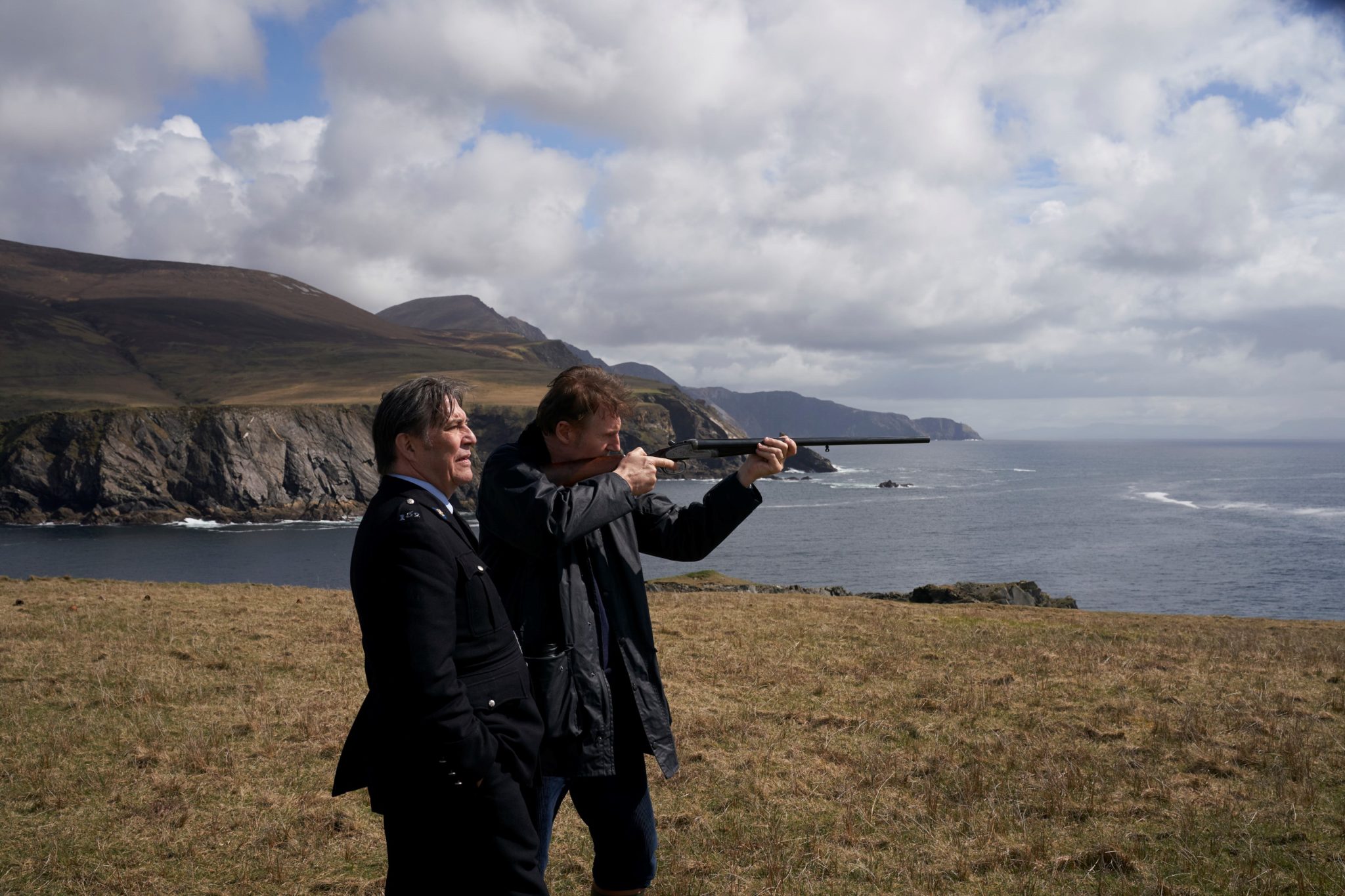 With screenplay from Mark Michael McNally, Terry Loane, and revisions from Matthew Feitshans, the upcoming film is definitely not to be missed.

Oscar-nominated Ciarán Hinds stars in RTÉ's addiction comedy-drama, The Dry
Gripping Irish drama Kin has been renewed for a second season
Kenneth Branagh: "Van Morrison was an excellent collaborator, and anyone who warned me he'd be a grumpy soul turned out to be incorrect!"
Belfast secures 7 Oscar nominations, while The Power of the Dog leading with 12
Caitríona Balfe, Jessie Buckley, Ruth Negga among BAFTA nominees while Belfast lands 6
Van Morrison and U2 shortlisted for 'Best Original Song' Academy Award