Ukrainian refugees urged not to travel to Ireland over Christmas period
Photo: Maxwells

Ukrainian Ambassador to Ireland, Gerasko Larysa, said Minister Roderic O'Gorman pleaded with her to spread awareness to Ukrainians that it will be difficult to be accommodated in Ireland in the week before and after Christmas.

Ukrainians have been urged not to come to Ireland over the Christmas period due to the capacity issues at the Citywest facility.

Integration Minister Roderic O’Gorman along with officials from his Department undertook a meeting with Ukrainian Ambassador to Ireland Gerasko Larysa this morning.

Larysa said she was informed by O'Gorman that it will be difficult for Ukrainians to be accommodated in Ireland in the week before and after Christmas.

It is understood the Ambassador will spread this message via the embassy’s social media platforms over the next day or two.

The Department further recommended postponing visits to the Citywest hub until after Christmas, Larysa added.

Gerasko spoke to the Irish Examiner, saying she understands the problems with accommodation adding that the Government is facing major challenges.

The ambassador confirmed she is satisfied with the Government’s response to the refugees arriving from Ukraine, and with the shelter provided to the thousands of Ukrainians that have arrived here already. 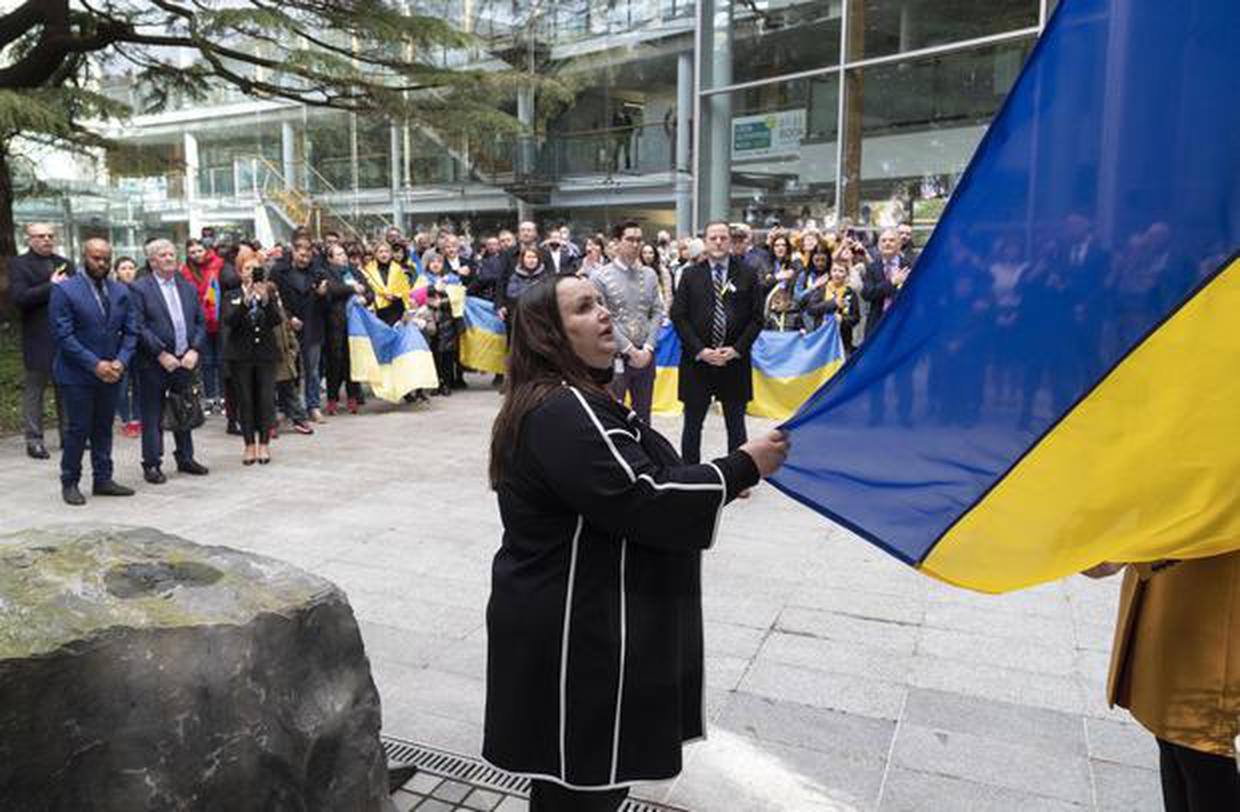 “I know that the Government is facing challenges with accommodation and I’m fully aware that Ukrainians are coming to Ireland because of the cold winter and the destruction of critical infrastructure in Ukraine," the Ambassador commented.

“Almost 50% of critical infrastructure was destroyed by Russians and many Ukrainians, millions, live now without electricity, water supplies.”

Minister O’Gorman recently said that the Government has been "upfront" with authorities in Ukraine about how “tight” the accommodation situation is in this country, "[that] we are not always in a position to provide people with accommodation on the day they arrive."

500 properties have been pledged in addition by the public to help accommodate refugees following a renewed vacant homes call by the Government.

Irish hip-hop outfit NUXSENSE share London-filmed video for Visions
Meath trio Spearside: "To others, it might look like we’ve just started - but it's been in the making for a long time"
Bono among guests at Biden's State of the Union Address