Protesters marched from the GPO to the US Embassy today in support of the Black Lives Matter movement.

In solidarity with protesters all across America, and in support of black and marginalised communities in Ireland, thousands of protesters marched from the GPO on O'Connell Street to the US Embassy in Ballsbridge today (June 1).

Amid cries of "Black lives matter," and "George Floyd, say his name," there were calls to end Direct Provision in Ireland. The display of unity, particularly after I had not left my neighbourhood for months, was incredibly emotional despite the circumstances under which we were uniting. The anger and frustration in the air was palpable, but not nearly as loud as the calls of "unity is peace." 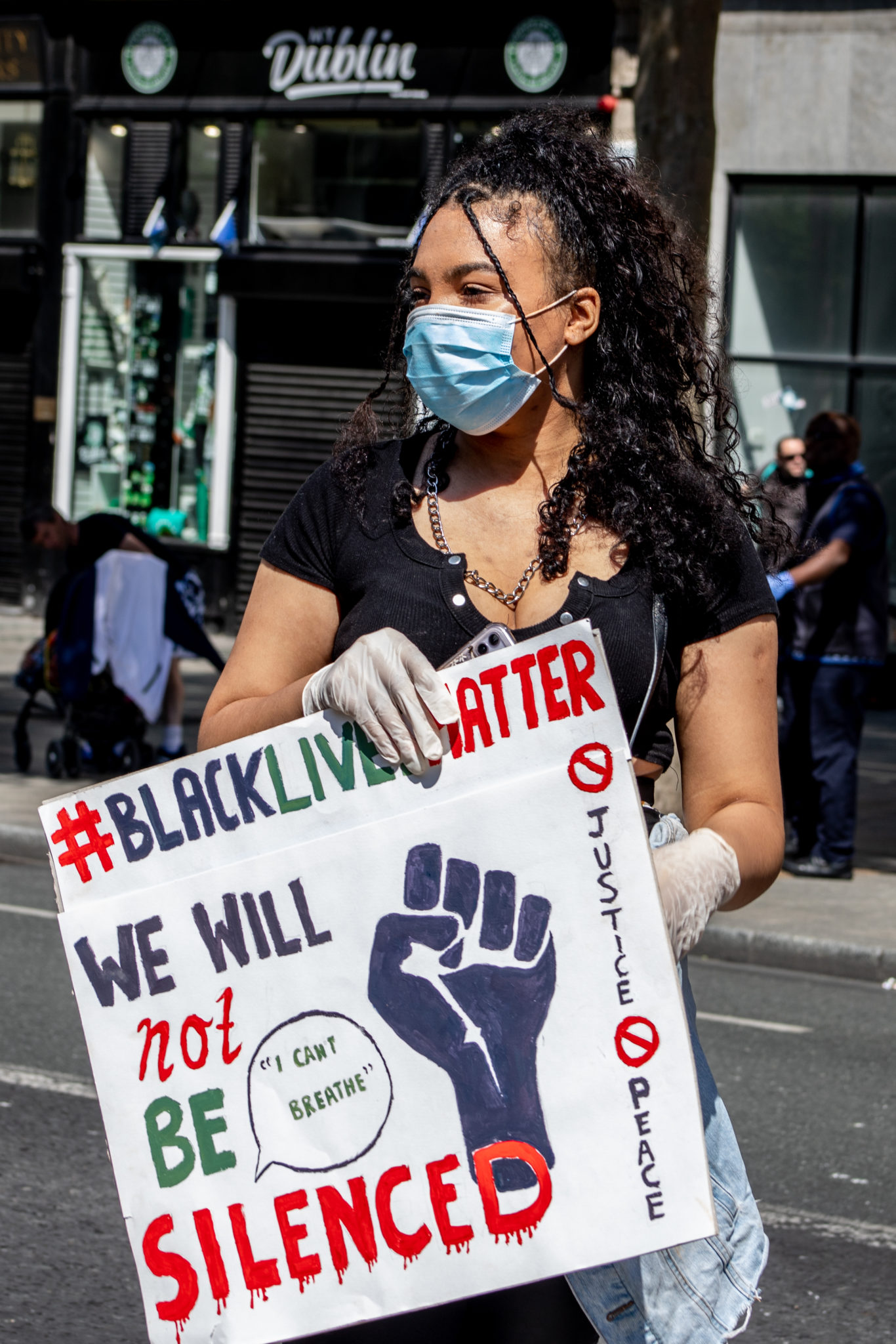 When the procession finally reached the US Embassy, everyone knelt for a moment of silence, hoisting their signs high in the air. "No justice, no peace."

If you would like to learn more about being actively anti-racist in your everyday life, here is a good place to start.

USI President Clare Austick: "It has to be recognised that the college experience is so much greater than just the teaching and learning"
Imelda May is releasing her debut poetry collection, 'A Lick and a Promise'.
George Nkencho's family call for independent public inquiry ahead of RDS protest