Sorcha Richardson: “Musicians have all pressed play again at the exact same time – maybe that’s why the industry feels so oversaturated"
Sorcha Richardson by Molly Keane.

Sorcha Richardson is staying in a house in Sandycove for a few months, “removed from the action” as she puts it. Not for long, considering her highly anticipated second album, Smiling Like An Idiot, has just arrived. Having spent the years after secondary school attending university in New York, the indie musician thought she was well on the way to realising her version of the American Dream. However, spanners were predictably put in the works, before her Choice Music Prize-nominated debut album, First Prize Bravery, formally launched her career.

The compelling album was a culmination of her experiences throughout young adulthood, when she ventured from Dublin to New York and Los Angeles. The Phoebe Bridgers and Julien Baker comparisons rolled in thick and fast, and a UK and Ireland tour ensued. Two years and a pandemic later, Sorcha’s back to tour her new album with a vengeance, including a coveted 3Olympia date. Preparing for the oft-dreaded Album Number Two seemed natural for the laidback artist, who moved into her late grandparents’ house during lockdown, and turned the living room into an impromptu studio. 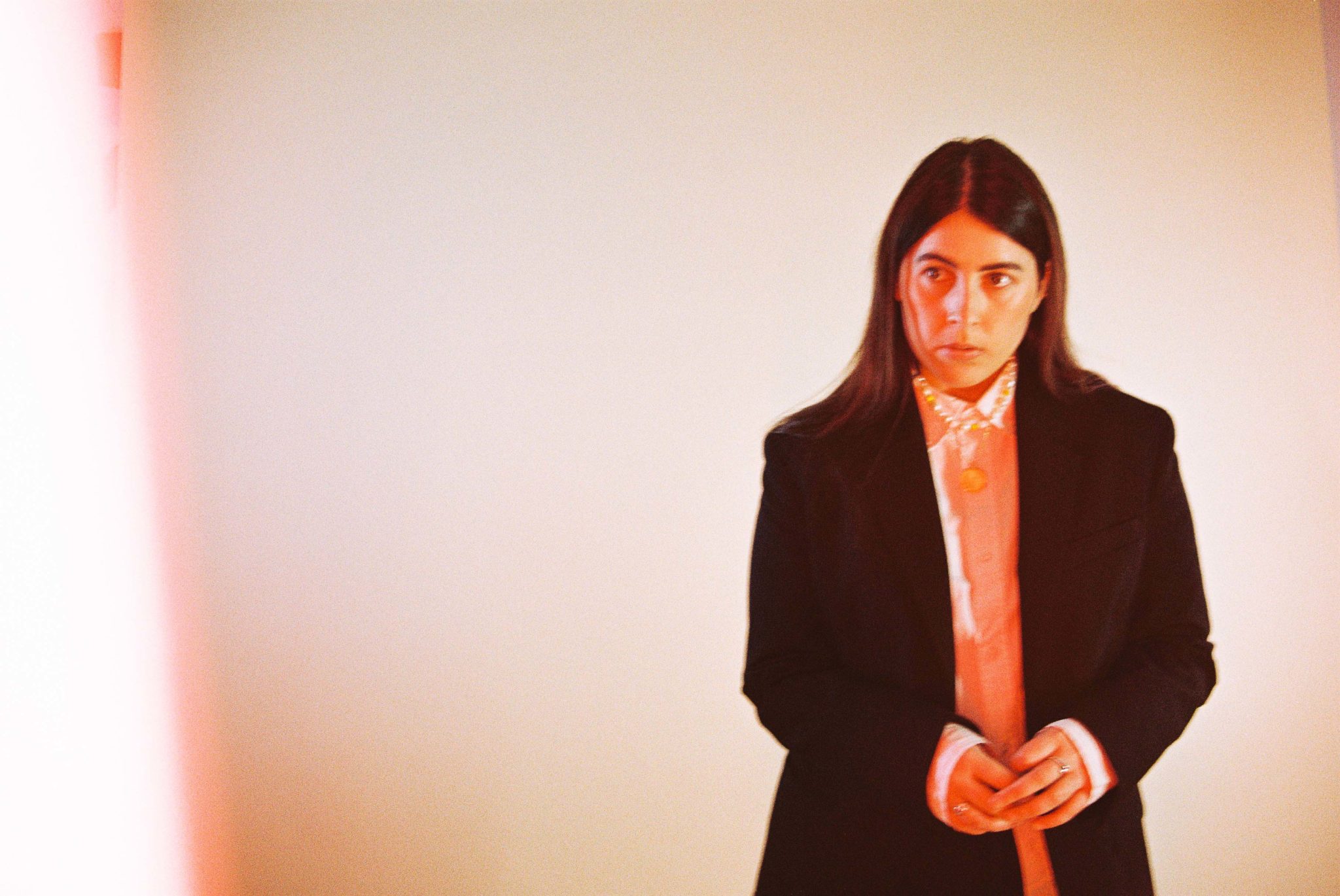 “Everybody made music over lockdown, so we’re seeing a lot of artists back releasing and touring,” she reflects. “We’ve pressed play again at the exact same time – maybe that’s why the industry feels so oversaturated. People’s attention spans seem to be getting shorter and shorter. I’m trying to share music in a way that will make people want to listen to a full album. I’m okay with this being a bit more of a slow burn.

“Or at least I try to tell myself that, because we have pressure on us to promote everything constantly. Then you have to have immediate gratification and evidence that the strategy is working. You really just set yourself up for disappointment, especially when you spend a lot of time and money. Some people are under huge pressure from their labels to churn out TikToks. Fair play to them, because that can really be incredibly useful in breaking new music.

“It does feel like things have changed. Patience is so crucial for your own mental health when you’re releasing stuff. That’s a lesson I’ve really had to learn and continuously remind myself of. It’s a marathon, not a sprint. This is something I want to do for a very long time. Sometimes something happens six months after a song comes out, and it totally changes the trajectory of your career and who’s listening to your music.”

“You don’t always have control over that, so you have to do what makes you feel good,” says the singer. “With creative ideas that you have, follow them through and then let go. That can be hard! I ended up doing quite a bit of writing with Morgana MacIntyre from Saint Sister during lockdown. We made a couple of songs that are basically done but didn’t make it onto the album. I still have them in my pocket! She’s a fantastic writer and a lovely person.

“That’s always top of my to do list; writing more songs with her and Gemma [Doherty], who produces and composes. My friend Luke used to be in a band called Otherkin, but now he has a solo project called Blood Donor, with an album in the works. He’s one of my favourite people to be in the studio with.”

Does Sorcha feel that any of her industry friends have flown under the radar?

“I could say myself,” she jokes. “No, not me. Saint Sister, Stevie Appleby and Niamh Regan: they’re absolutely killing it. There’s so much excellent Irish music at the minute. It makes festivals very fun because everyone is there. There’s also Caimin Gilmore from Sun Collective. He’s an unbelievable musician. CMAT is just 100% destined for stardom. It’s fantastic when you see people taking off and being embraced by audiences around the world. There’s so many people here who are deserving of that. 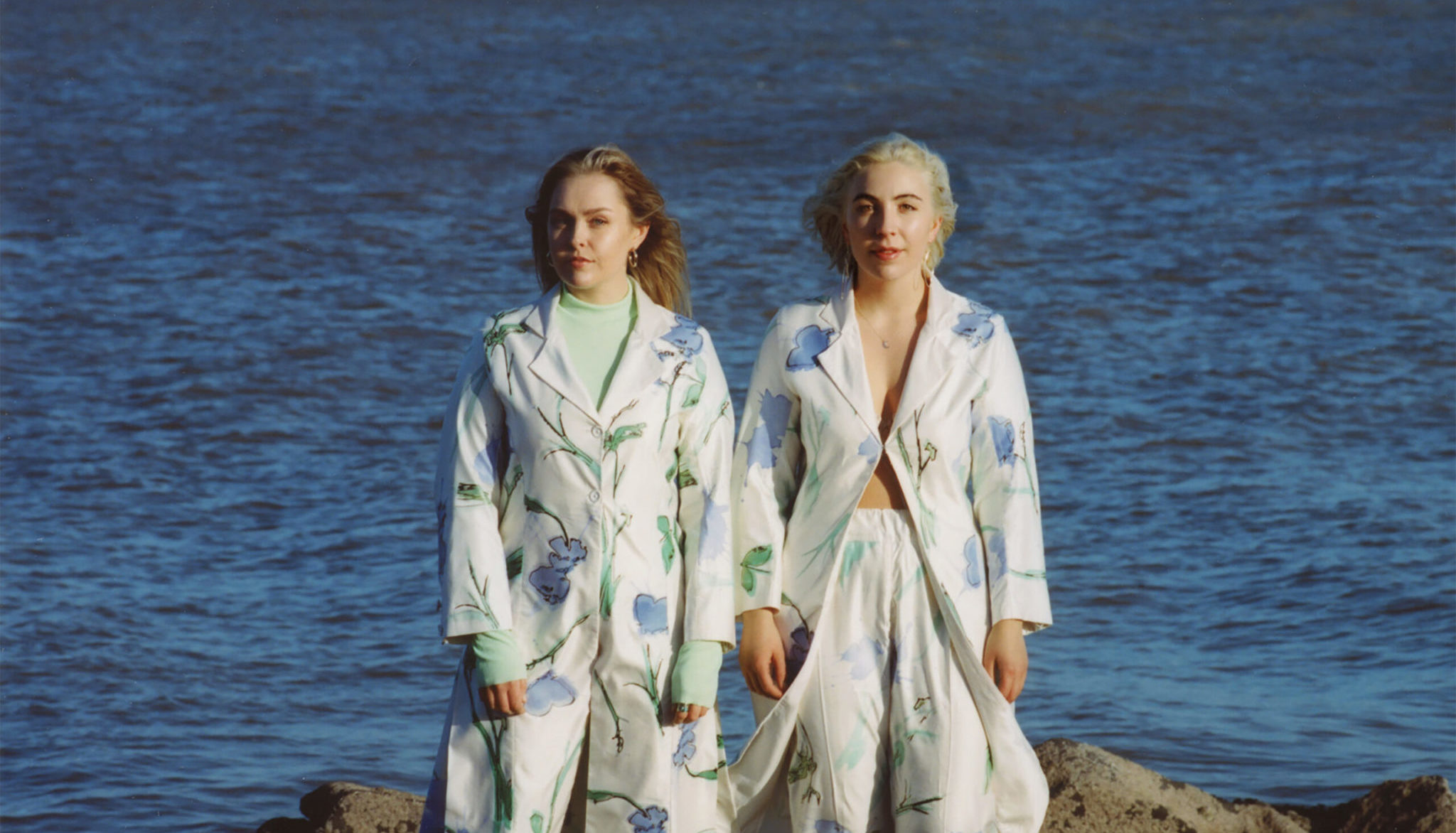 “I’m obsessed with the last song on CMAT’s album, ‘I’d Want U’. The way she sings it is unbelievable. There’s just something that feels like it could be one of those classic country songs. It feels so timeless. There’s a real momentum and energy to our industry right now, like there’s something happening here. It’s getting better, stronger and more diverse as well. People are finding their lane and there’s room to be heard.”

Surely there’s a story behind her new album title, Smiling Like An Idiot…

“That is the only time I’ve had the title for something before I wrote the song!” the 31-year-old laughs. “Usually I pick a title afterwards. It’s something my girlfriend said to me more than once, in a very kind of facetious way, like ‘Sorcha you’re smiling like an idiot again’, as a joke. The song itself also sums up what a lot of the album is about, you know? It’s the pursuit of happiness; trying to find a way to have a fulfilling life. I left Dublin when I was 18 and lived in New York for eight years.

“When I came home, I was very confused about how to be happy in Dublin. I couldn’t really find my way for a while. Now I absolutely love it and that’s honestly down to the people who I met a year or two after moving home. They completely changed my perception of Dublin and Ireland. That song is definitely the happiest and the most hopeful one. It has the least amount of tension.

“I thought the album was too positive and that nobody would relate to it. But then I started realising that some of the songs were about things like falling in love, but they were about the more anxious and fearful sides. Still, there’s an ease to ‘Smiling Like An Idiot’ that I really like. I knew that it would be the album title.”

One track in particular, ‘Purgatory’, has a sense of melancholy that digs deep. “Don’t you know that we could be so unhappy here?” Sorcha asks on the down-tempo cut, willing herself to break free from numbness.

“That was the hardest one to write,” she concedes. “I actually had a version of it written before I recorded my first album, and I just couldn’t unlock it. It never reached its true form, so I had to put it down for about two years. I later rewrote everything else around the chorus with an up-to-date narrative. It’s about something that so many people can relate to, and it doesn’t have to be in a relationship.

“Life is hard and we often find ourselves in a situation where we’re not happy, but it feels easier to carry on and not rock the boat than to cause a great upheaval. I’ve often felt a bit of a numbness or apathy, where you feel like you’re sleepwalking through your own life. It’s a hard song to classify in terms of genre. It’s an outlier. Sonically it feels a lot darker than some of the other songs.

“There was a day in the studio where Alex and I recorded the drums and bass, and that totally changed the song. I knew we were doing something that I would be proud of. That day was magic.”

Plenty of Sorcha’s personal experiences are captured on the album, often in painful detail. The third single, following ‘Archie’ and ‘Shark Eyes’, sees the singer-songwriter recount an imbalanced relationship, with allusions to Dublin’s College Green and the Liffey: “I was following your lead / Walking aimless on the Quays / Well maybe you could love me back / But I know there’s no guarantees”.

“Sometimes I like to put things in a song that only the person who it’s about will understand, like little Easter eggs,” Richardson notes. “But when you write about people in your life, there are real consequences for what you say. Some things aren’t for everybody’s ears. It’s a balancing act of protecting your personal relationships and respecting them, and also being able to write in a way that feels honest.

“Every songwriter has a different boundary they set for themselves. It didn’t used to be an issue for me, because I used to write about people who were no longer in my life, where the stakes felt lower. When you’re in a relationship that you really care about and want to protect, you don’t want your music to damage it.”

While her relationships and friendships altered her perception of Ireland, the time Sorcha spent in the US cemented the idea of herself as a musician first and foremost.

“I didn’t put a lot of consideration into the decision to move,” she says. “I had the opportunity to go, and I knew I’d always regret saying no. I hadn’t spent that much time in New York at all, I just got accepted to a college over there. I absolutely loved it, even though I missed my friends. I think I was so consumed by my life there for the first couple of years and I was so young, that I really wasn’t homesick. 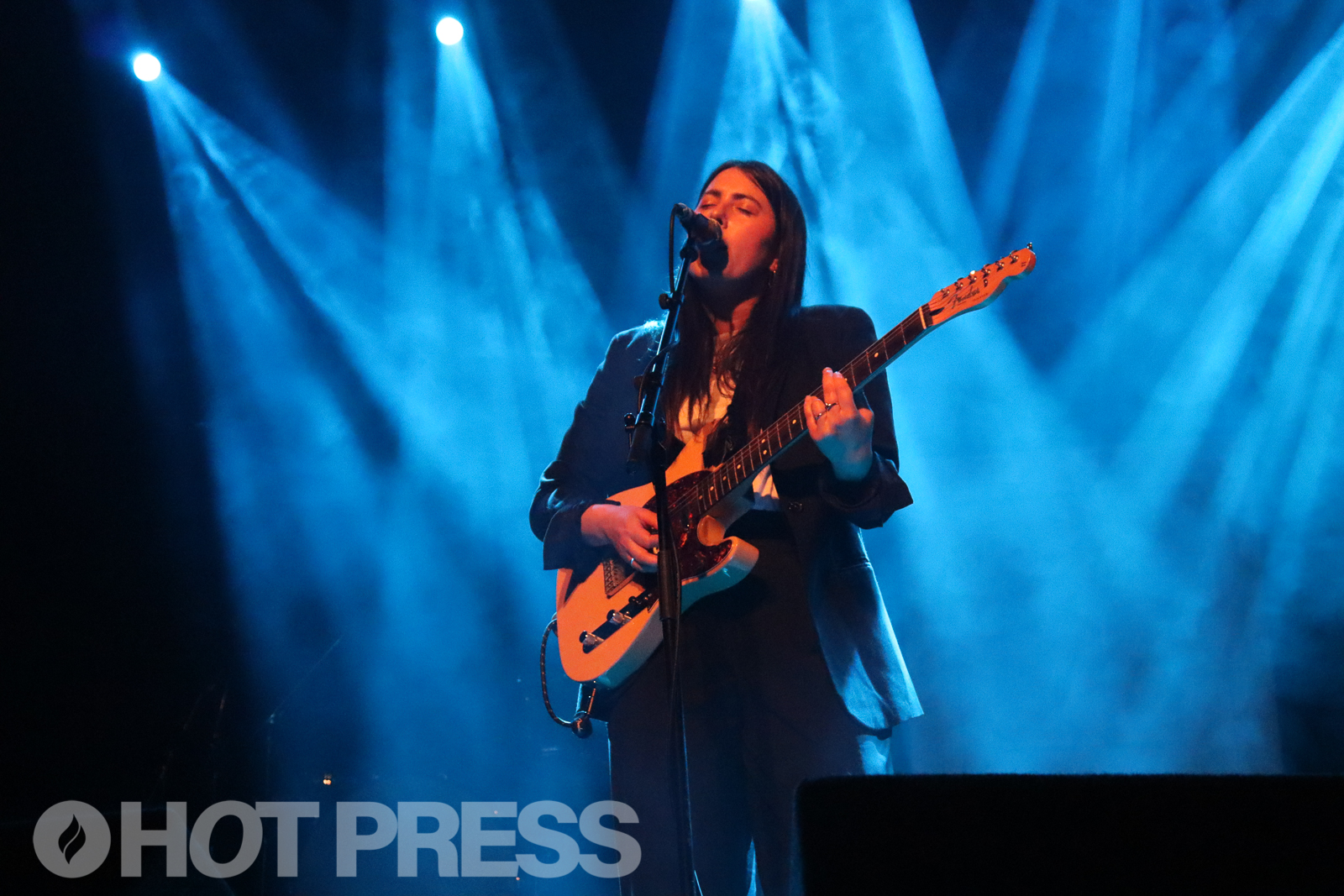 “I saw New York as my forever home, but then I got a little older. America is a hard place to live sometimes. People in Ireland are really sound, and there’s so much going on culturally now that I didn’t really consider before. All of my friends are trying to make the most of what we have here. There’s a real sense of community that I didn’t find when I was in New York. I moved home and thankfully experienced huge encouragement.

“The main thing I would change about Dublin is obviously the housing situation and the rent crisis, because that’s driving a lot of people out of the country.”
Indeed, on the track ‘525’, she can be heard singing “Dublin city’s shutting down”.

“Even some of the people who were the reason I stayed are now leaving,” continues Sorcha. “Some of my band no longer live here. It’s so unaffordable, especially for creatives and musicians. The banks don’t look very kindly to people like us when we’re looking for a mortgage, so it’s even harder. Having said that, I love this city and I’m always trying to convince people to stay when they want to leave.”

Notably, one of Sorcha’s goals as a performer is about to be realised.

“The last Irish headline show I did was at the Academy, so to be playing the 3Olympia Theatre is massive for me,” she enthuses. “Another one is the church at Other Voices; that feels like hallowed ground. I want people to connect with these songs, because they’re made for live listening. They’re bigger, more textured and more expansive than the first album.”

• Smiling Like An Idiot is out now via Faction Records. Sorcha Richardson plays 3Olympia, Dublin on Thursday, October 20.