Ritalin: They Call It The College Drug
Alix Renaud

The controlled drug, Ritalin, may be sold 'under the desk' as some sort of magic pill which will come to your rescue when you're struggling with essays and exams. In reality, however, those who use it are courting addiction and taking unnecessary risks with their long-term health.

Stress and anxiety. They are constant companions for a lot of students. And they almost inevitably reach a peak when exams are just around the corner and a pile of overdue essays is beginning to stack up.

Against that background, over the past few years, a worrying trend has emerged in Ireland, with overwhelmed students turning to the drug Ritalin to help get through papers, and to perform better in exams.

Known medically as methylphenidate, Ritalin is a prescription medicine which is designed to increase the capacity to focus among young people who suffer from Attention Deficit Hyperactivity Disorder. Chemically, it is very close to cocaine: both are psychostimulants, which generate a dopamine rush in the brain. On that basis alone, it should be obvious that Ritalin is not something to be messed with.

And yet students regale one another with tales of how it helps get the work done, by increasing concentration levels and preventing sleepiness. It is acquired online or nefariously from those to whom it has been prescribed.

Those who have watched Limitless may draw a parallel with the imaginary pill in the movie, which boosts brain performance to the extreme. There is, however, an inevitable counter-effect. The old saying applies: what goes up must come down.

While it can be tempting to use Ritalin on the run-in to exams, and during the dreaded end of semester period, the truth is that Ritalin should not be used at all, by those who have no clinical need for it.

Ken Kilbride is chief executive of ADHD Ireland, which offers support to children and adults suffering from Attention Deficit Hyperactivity Disorder. The organisation has been aware of this Ritalin-hijacking practice for some time. "This is still a relatively new area," explains Kilbride, pointing out that in-depth, long-term research about Ritalin is still in progress.

He adds: "The current research shows that if you don't have ADHD and therefore don't have a lack of Dopamine in your brain, taking this medication may have a negative effect."

Indeed, since 2009, studies have been emerging which show that neurological change can be induced by Ritalin.

"Methylphenidate, which is thought to be a fairly innocuous compound, can have structural and biochemical effects in some regions of the brain that can be even greater than those of cocaine," Dr. Yong Kim said, in a study funded by the National Institute on Drug Abuse in the United States, where the trend of using Ritalin on healthy brains became a thing long before it landed in Ireland.

A former student from the Law School in UCD, Leo [his name has been changed to ensure anonymity] had his first go at Ritalin when he was studying for his Leaving Cert, after he was introduced to it by his then-girlfriend.

"It wasn't until I was doing my Degree that I started to get it online myself, as I definitely felt like it was increasing my performance," he explains. Over the years, however, Leo became used to using the drug whenever he felt like he was running out of time to meet a deadline.

"It would give me an energy boost and allow me to stay up late, sometimes all night," he says. As he secured himself great results, Leo started to believe that taking Ritalin was one of the keys to his success. He wondered what'd happen if he didn't take it. Would he feel too tired, underperform and even fail? He didn't know - and so he kept on going.

As time went by, however, Leo started to notice the increasingly negative side-effects of the pills.

"At one point I was taking four or five a day," he confesses, "and if I stopped taking them before my exams, I would end-up extremely tired and experience withdrawal effects."

As his tolerance to the drug increased, Leo found himself trapped in a potentially hazardous routine of Ritalin use.
"I had to keep taking more and more, at a higher dosage," he recalls.

Leo insists that he was far from being the only one in UCD using Ritalin.

"A good few people I've known - particularly from the Medicine, Law and Science schools - were taking a lot of different kinds of ADHD medications such as Ritalin, Methylin and Aderall. These are all similar psychostimulants.

"One of my close friends and I were pretty much addicted to it while we were doing our exams," he admits, although he adds that they were "strong enough" mentally to stay off it after completion. "Once we had finished our last exam, we would cut it off completely until the next exam season."

One of the most contentious aspects of Leo's story is that he ended up being prescribed the drug, at a high dosage, by a licensed GP, who knew well that he didn't suffer from ADHD.

"I was able to get it prescribed by talking my way through it," explains Leo, whose rather-too-helpful doctor contributed to normalising the non-medical use of Ritalin.

Now about to become a barrister, Leo was able to leave his use of the drug behind. So too did his friend. However, not everyone finds it that straightforward.

"I can understand where other people would not stop taking it," he says, "and would develop a dependence and take it for everyday situations, including work or even nights out.

"That said, if you have a strong mind and know what dosage works with you, and at what timing, I can't see that it would affect you in the long-run if you're careful with it," Leo adds.

This is what might be described as the classic illusion that is destined to prove false for a lot of people. Just as individuals react differently to alcohol, cannabis, cocaine and MDMA, so too they will to Ritalin. In Iceland, methylphenidate is widely used by intravenous drug users with 88% of those covered in a survey having injected it in the previous month and 63% naming it as their preferred substance.

It is essential also to remember that some of the effects of Ritalin may not be obvious to users or even to former users like Leo. The conventional medical view is that it can be very detrimental to your neurological health. Certainly there are risks involved.

Dr. Eadaoin Lysaght from the UCD Student Health Service is not surprised by Leo's story. The use of Ritalin amongst students has been reported to the service. How widespread it is remains unclear. But anecdotally, most students know someone among their cohort who has dabbled.

"It is part of a group of Controlled Drugs licenced for use in the management of ADHD between the ages of six and 18," Dr. Lysaght explains. "Therefore, its use by students, who in general are over 18 years of age, is unlicensed or off-label use."

The drug is also known to interact badly with alcohol, so this combination must be avoided at all costs. It also has interactions with several other commonly-used medications including certain anti-depressants, medications used for epilepsy, MAOIs and some anaesthetics.

"If a student is thinking of taking Ritalin, I would advise them to think long and hard before taking an unlicensed medication, which should only be used under appropriate medical supervision and after appropriate physical and psychological evaluation," Dr. Lysaght adds.

No matter how hard college might get, remember: you can achieve your goals without the need for extra-curricular stimulants. Besides, the bottom line is that Ritalin is a drug which could harm your brain and body. Whatever about the apparent short-term lift, in the long run you are running risks the extent or seriousness of which simply cannot be predicted.

You'd be better off drinking coffee, a known stimulant which is widely acknowledged to be a powerful aid in athletic performance although, again, too much really isn't good for you. A better option if you're unable to concentrate on your college work due to social media or other distractions might be Decoder, a new brain-training game app designed by researchers at the University of Cambridge. 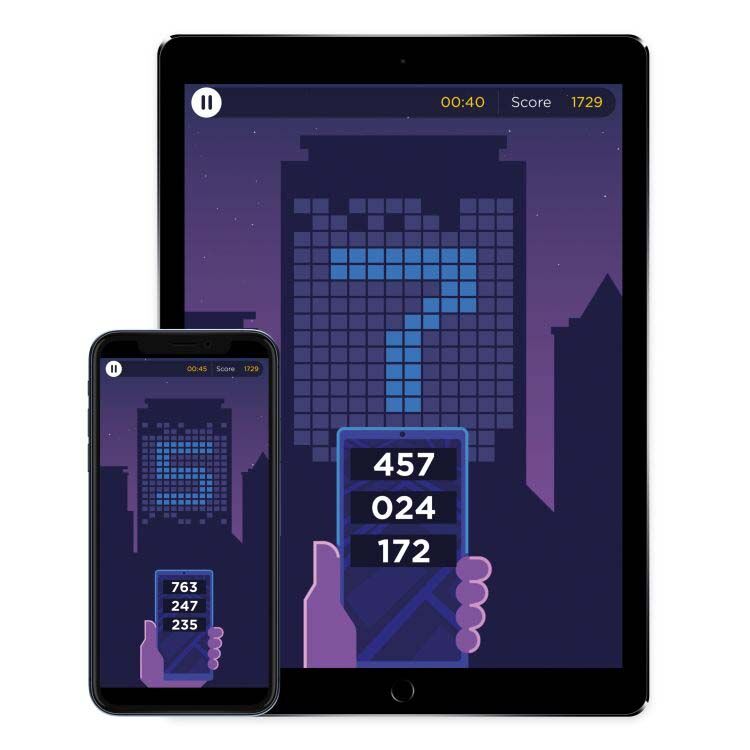 Digits from 2 to 9 appear on the screen in a pseudo-random order, at a rate of 100 digits per minute and users have to press a button whenever a sequence is detected. The idea is that it will be easier to properly refocus on something else right after using the app, such as work or school.

To work, Decoder needs to be used for a minimum of eight hours a month. A study confirms participants to have improved capacity to focus, comparable to the effects of stimulants such as Ritalin.

Whatever the truth in that, one thing we can say for certain is that it is a much healthier - and entirely legal - kind of self-improvement. Sometimes, peace of mind is the most important consideration of all...

Andy Bell discusses stunning new Erasure album
Ana Liffey Drug Project's Tony Duffin: "There's a desperation that could bubble over into violence with the wrong word or look"
Demi Moore documents sexual assault at age 15
Fangclub: On Vulture Culture, Slane and their fight back from the brink
Watch: Full Trailer for Drake-Produced 'Euphoria' Released
Trinity students march on the Dáil in continued protests over reopening of the university