Presley died of cardiac arrest last Thursday at the age of 54 hours after being rushed to hospital.

A public memorial for Lisa Marie Presley will be held on Sunday, January 22nd at Elvis' Graceland mansion in Memphis, Tennessee.

The service will take place on 9am on the front lawn of her father's famous estate, Presley's family have confirmed. Elvis and other members of the Presley family are also buried at Graceland.

The 54-year-old was pronounced brain dead after she was rushed to hospital on Thursday, prompting doctors to place her into an induced coma.

Due to Presley's dire condition her family signed a do-not-resuscitate order in case she suffered another cardiac arrest, TMZ reported.

The singer was found unresponsive in her California home about 10.30 am on Thursday after suffering a cardiac arrest.

In a statement posted on the Graceland website, the singer’s family thanked fans for the "outpouring of love" following her death.

It was previously announced that she would be buried at Graceland next to her son, Benjamin Keough, who died in 2020.

"Riley, Harper, Finley, and Priscilla Presley are grateful for the support, well-wishes, and outpouring of love honouring their beloved Lisa Marie," the online statement reads.

"A public memorial service for Lisa Marie Presley has been arranged for Sunday, January 22 at 9:00 am on the front lawn at Graceland Mansion in Memphis, Tennessee." 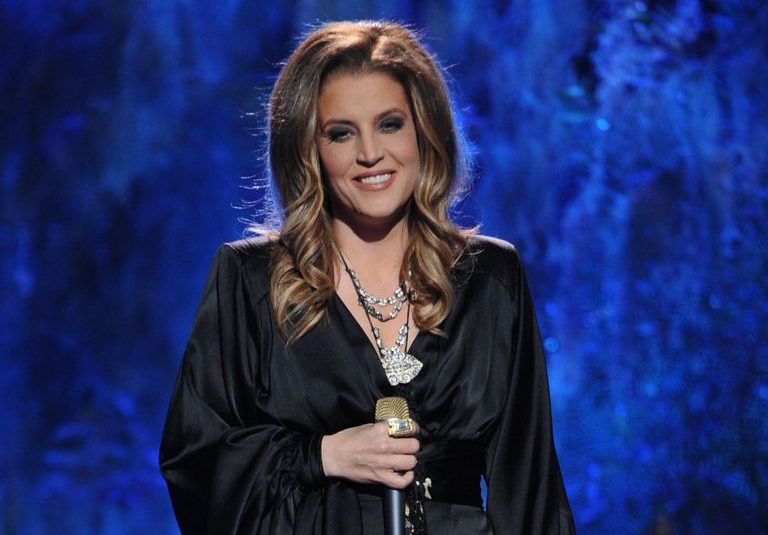 Members of the public are invited to attend the event, but are being encouraged to donate to The Elvis Presley Charitable Foundation in lieu of flowers.

The foundation offers support to various charitable organisations, especially focusing on arts, education, and children’s programmes in the Memphis/Whitehaven area.

Days before her death, Presley had visited Graceland to celebrate her father’s birthday on January 8th. The star was also in attendance at the Golden Globes two nights before her tragic death, accompanied by her mother Priscilla Presley. The pair saw Austin Butler take home the Best Actor gong for his take on Elvis.

Upon the rock legend’s death, when she was only nine years old, Lisa Marie Presley became the joint heir to his estate with her grandfather, Vernon Presley, and her great-grandmother, Minnie Mae Hood Presley.

In 1993, when she turned 25, she took full control of the estate and formed The Elvis Presley Trust to continue its successful management.

Last year, Presley penned an emotional essay, published People, about "the horrific reality" of her grief following her son’s death by suicide.

"I’ve dealt with death, grief and loss since the age of nine years old. I’ve had more than anyone’s fair share of it in my lifetime and somehow, I’ve made it this far," she wrote in August.

Presley is survived by her mother and three children; Riley, 33 and 14-year-old twins Finley and Harper.

News of her death has sent shockwaves across the entertainment industry, as celebrities took to social media to pay tribute to the singer and only child of Elvis Presley.

Baz Luhrmann posted a touching tribute to his Instagram, along with a photo of Presley and Butler.

"Over the last year, the entire Elvis movie family and I have felt the privilege of Lisa Marie’s kind embrace. Her sudden, shocking loss has devastated people all around the world," he wrote.

"I know her fans everywhere join me in sharing prayers of love and support with her mother, Priscilla, and her wonderful daughters Riley, Finley and Harper. Lisa Marie, we will miss your warmth, your smile, your love.”

Butler said his "heart is completely shattered" in a statement to Variety.

“I am eternally grateful for the time I was lucky enough to be near her bright light and will forever cherish the quiet moments we shared. Her warmth, her love and her authenticity will always be remembered," he said.

“There is heartbreak and then there is sorrow. This would be sorrow and on more levels than I can count," he tweeted.

"Please send your prayers out for her family and children at this difficult time. I truly cannot find the words to express how sad this truly is. RIP."

Pulp Fiction and Grease star John Travolta posted a photo of Presley to his Instagram and offered his tribute to her family.

"Lisa baby girl, I’m so sorry," Travolta said. "I’ll miss you but I know I’ll see you again. My love and heart goes out to Riley, Priscilla, Harper and Finley."

Meath trio Spearside: "To others, it might look like we’ve just started - but it's been in the making for a long time"
Bono among guests at Biden's State of the Union Address
Plans to establish statutory domestic violence agency in progress
Death toll following Turkey-Syria earthquake surpasses 5,000
Somebody's Child: "Ireland’s forgiving if you make a mistake, but there's no avenue for alternative acts to break out"
Kim Petras Becomes First Out Transgender Woman to Triumph as Beyoncé Makes Grammy History