A new radio documentary will explore the young Irish emigrants who inhabited London Squats during the 1980s and 90s. ‘The Squat Generation’ will feature Irish musicians and music managers and is set to air on Newstalk on 27 and 28 April 2019. The documentary will cover everything from music, art, work and education to squat hunting, evictions, legal proceedings and political activism.

Magi Scully, the documentary’s creator, can count herself among the thousands of teens who fled the economic depression and social repression of Ireland in the era of the London Squats. She left her life as an 18-year-old for liberal London in the 1980s in search of work and started Kyoto Club off of Capel Street in 2001.

An abundance of empty council houses and old English laws created the perfect storm between the 1970s and 90s - squatting had become legal, prompting a major squatter scene to explode in the capital. The documentary spotlights Irish creatives who took part in this extraordinary phenomenon.

“I was a lovely, tidy, respectful girl who took great care of the property and often enhanced it and made a house a home,” recalls poet and performer Venus Cúmara, who accidentally stumbled into the world of squatting.

Music manager Eugene Connolly was on the Dublin senior hurling team when he was sent to play for a London GAA club. After a few weeks in a freezing flat in Tooting he discovered squatting, which took him into a job in the BBC world service and music management, still his chosen line of work. Today, Eugene runs Night for Aware, Olympia Theatre, Dublin Bowie Festival and Pure Genius Promotions. 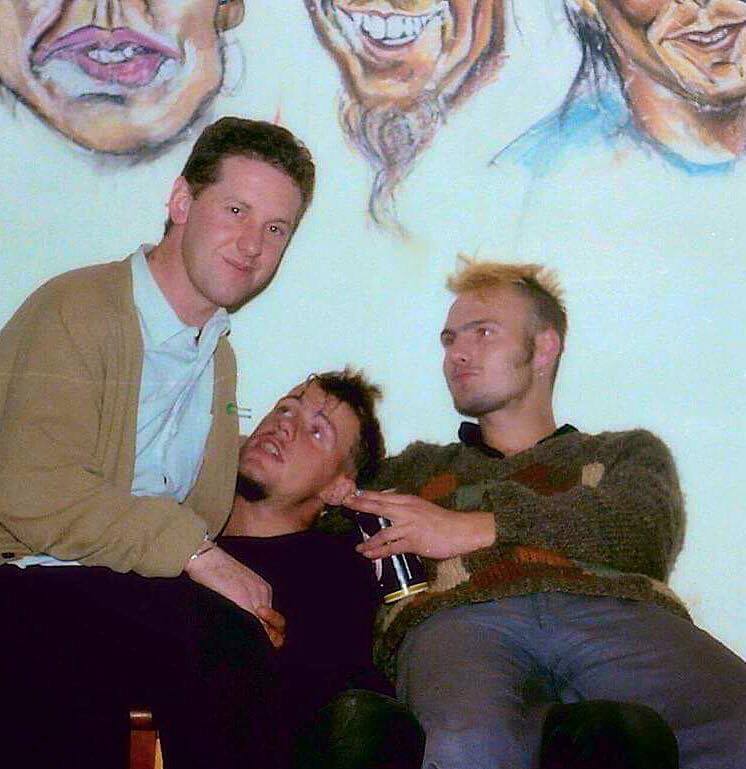 Eugene Connolly and some friends lounge in their London squat.

Dun Laoghaire punk musician Frank O’Neill and his electronic band, This Eternal Waiting, played a few gigs in Dublin’s McGonagles and the International Bar before heading to London, where O’Neill built home recording studios in various squats and laid down an album. Still living in the UK, he now produces music and has worked as a sound engineer at some of the UK’s leading venues like the Royal Albert Hall and the Millennium Dome.

Film exec and photographer Niamh O’Reilly and her Goth friends, once Leaving Cert students from Rathmines, became squatters in Hampstead.  Building site worker Huw O’Toole qualified as an architect, and DJ and filmmaker Killian McLiam earned money by posing with his punk hairdo in Trafalgar Square.

For the creatives who found themselves inhabiting abandoned homes, London squatting was more than a free place to live. It was a way of life that enabled many artists to thrive, including Boy George, Ian Drury, Bob Geldof and Joe Strummer, and led some to the lines of work they maintain to this day.

The Whole Hog: A Decade of Turmoil
In The New Hot Press: David Keenan Graces The Cover Of Our Special Hot for 2020 Issue
Special Report: Inside Cork's Connolly Barracks
The Message: This is the End, Beautiful Friend...
Netflix announces new TV series 'I Am Not Okay With This'
Grammys Chief Deborah Dugan levels complaint against Recording Academy for sexual harassment
We use cookies to ensure you get the best experience on our web site - by using this web site you consent to our use of cookies. Read more »