Nestled above a seemingly inconspicuous pub across from Trinity College is the Ruby Sessions, a small lounge area packed to the brim with tables, stools and music lovers. There's an air of almost irreverence, the people speaking in hushed tones, shoulder to shoulder, all trying to get a look at the small, red curtained stage.

When Tara Nome Doyle came on, the few disparate voices — after a brief "can you be quiet?" from the stage manager — settled into a heavy silence, waiting to be broken by the Doyle's clear, otherworldly voice. 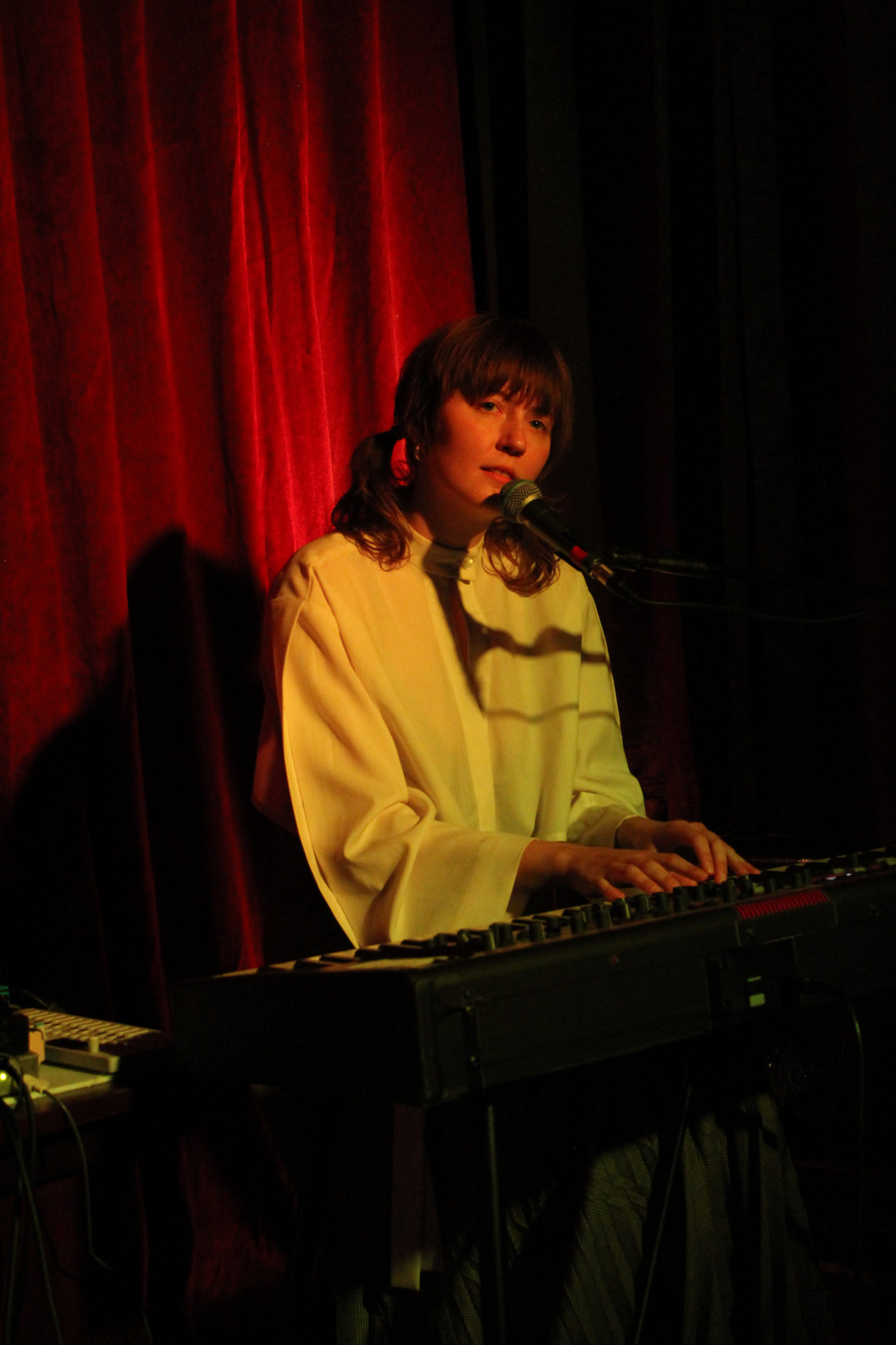 The Berline-based act Norwegian-Irish act kicked off the set with 'Down With You,' a single from 2018. It has since been streamed more than four million times, with her first EP Dandelion landing that same year to similar numbers and acclaim. The project was published by avant-pop label Martin Hossbach - noted for jump-starting the careers of many Berlin artists. Her debut album Alchemy came in 2020, cementing Tara’s status as a star on the rise

It was clear that, despite being stripped-back to just a piano, the emotionality behind her voice remained as she performed 'Down With You'. Playing with a light touch, the swelling instrumentation complimented her high, clear vocals in beautiful, touching manner.

"This is the one I mess up the most," Doyle joked, before sinking into 'Overgrown Path.' Intricate and dreamy, it possessed the air of being lulled deeper and deeper into a dark forest — it was if she was casting a spell over the crowd, with several moments of heavy silence following the final note, before bursting into applause. 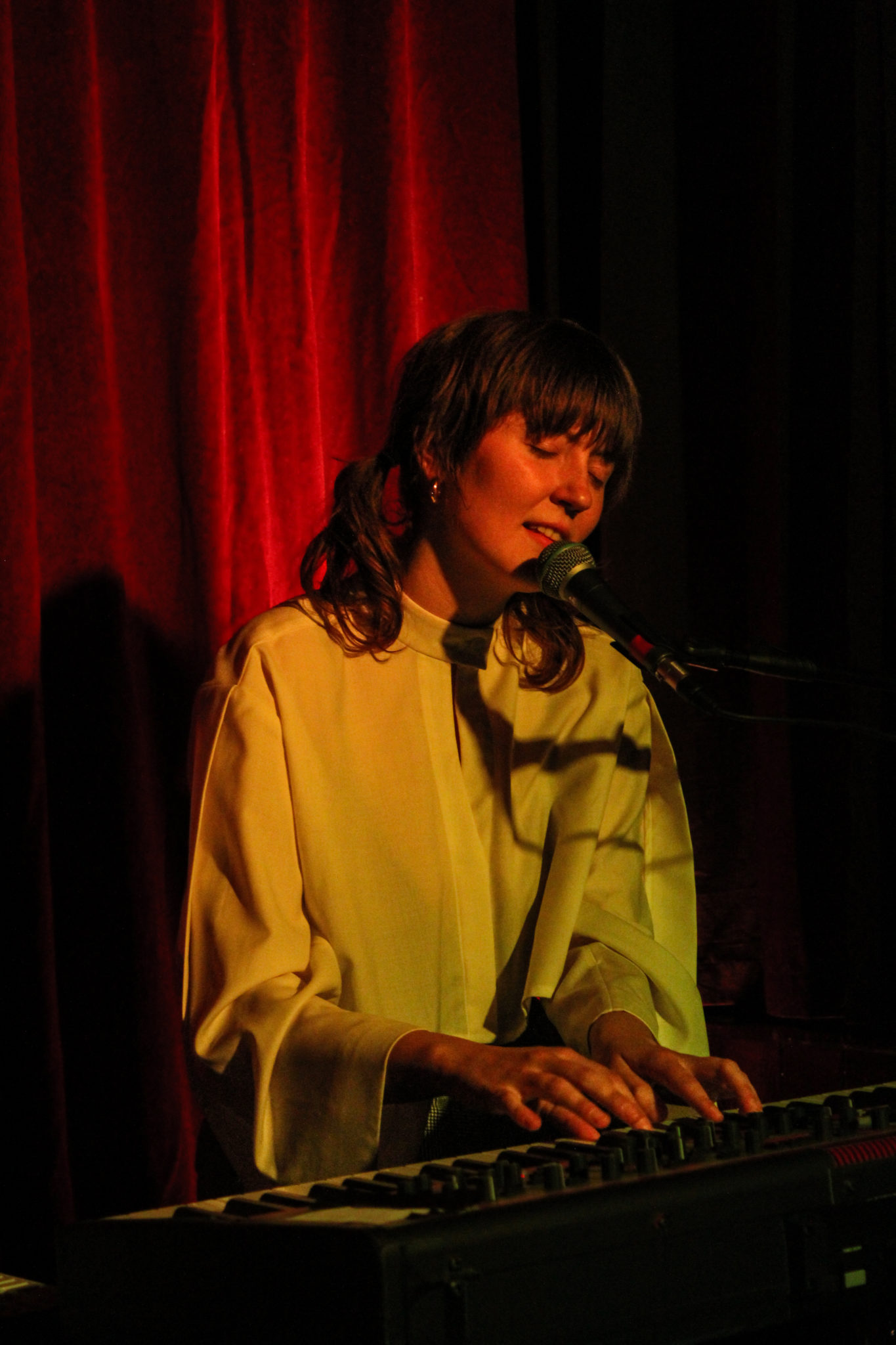 Moving onto the final two songs of her shortened set, 'Snail I' and 'Crow' from her February release Værmin, Doyle was just warming up. There was this incredible sonic quality to her voice, perfectly in pitch to the point you could be convinced it was a recording — if not for the microphone and piano in front of her. Eyes closed as she sang, it felt as if she was drawing the words from deep inside, and expressing them was the most natural thing in the world to her.

Though only four songs, the set gave the audience a taste of the eerie art-pop Doyle has defined as her own — hauntingly beautiful and profoundly moving.

Listen to Værmin below, and revisit her 2022 interview with Hot Press here.

Irish producer Maurice Anthony Moran shines light on mental health with new album Why Does My Mind Do This?
Wallis Bird: "Dublin is haemorrhaging artists. In Berlin, rent is cheap, you don’t have to work two or three jobs. You can spend your day thinking"
Live Report: Xona showcases '80s inspired pop ballads on the Y&E Series

WATCH: Wallis Bird and Theodora Byrne Ensemble perform 'What’s Wrong With Changing?'
Tara Nome Doyle: "I hope the album's lyrics inspire people to think about their own shadow, or the things they find unacceptable about themselves"
PREMIERE: Wallis Bird shares vibrant Berlin-set video for 'What's Wrong With Changing?'
Exclusive: Wallis Bird Announces New Album Hands with Powerful Single and Video
LISTEN: Belfast's And So I Watch You From Afar share new track 'IV in Air'
Berlin to ban dancing in nightclubs