Malaki, Lucy McWilliams and Wallice were among the highlights of the first night of The Road To The Great Escape on Monday night.

The first night of The Road to The Great Escape kicked off on Monday evening – featuring performances from Wallice, Lucy McWilliams, and Malaki in The Grand Social, Dublin.

Right on schedule, on the stroke of eight, a wave of indie-rock erupted in the tent-like venue. A cohesive, eclectic scene created by Wallice and her band took to the stage, sporting metallic cowboy boots, a chestnut-brown mullet, crimped platinum hair, and a ruby red drum set.

“He calls me a wannabe cowboy,” said 22-year-old, ‘Punching Bag’ singer, pointing to her Texan bassist to the left, “because I’m from California ." 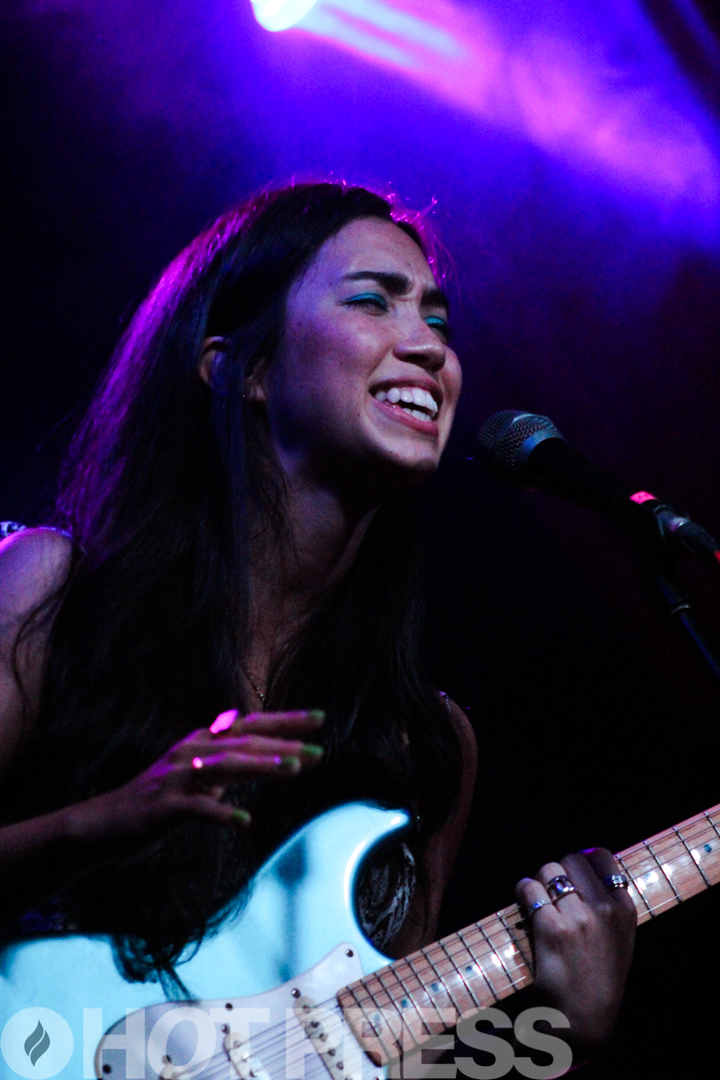 Watching Wallice on stage was like being transported to an intimate, garage-studio rehearsal in her hometown of Los Angeles. The American sensation was undoubtedly comfortable with her bandmates, as they fed off of each other's energy throughout the set. Most memorable for this 19-year-old reviewer was her coming-of-age-angst anthem and final song for the night, ‘23,’ which wittingly conveys the melange of feelings that come with growing up and being afraid of what your future will look like.

Next up was Lucy McWilliams, on the keys at nine o’clock sharp. Without saying a word the Dublin singer-songwriter took a seat in front of the audience and began playing away at the piano, leading the crowd into a trance that they would remain in for the next thirty minutes.

“We love you, Lucy!” exclaimed someone in the crowd. 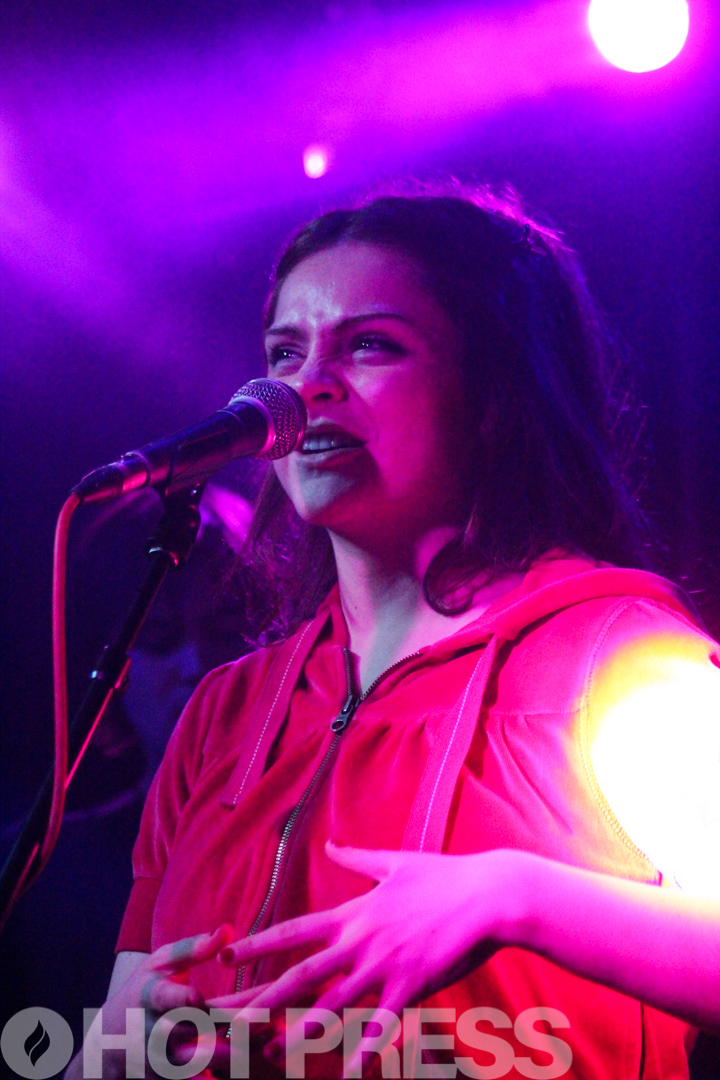 Soft and airy, McWilliams’ voice provided a cool, dream-like quality that left everyone hanging onto her every word. During the 2020 track, ‘Runaway’, audience members decided to take part, singing her words back to her and bobbing their heads back and forth every time the chorus came around.

More powerful yet was the final song, her newly released demo version of ‘The Woman In Me’ – prompting myself and I’m sure any other new listener to follow her on every streaming platform right then and there.

Continuing to impress, the night went on with Dublin rapper, Malaki, for the final set. High energy would be an understatement. This performance by the 'Chrysalis' musician was electrifying.

“Grand Social, how are we feeling tonight?!” shouted Malaki before leading the crowd in yet another swell of shrieks and whistles. “Grand Social make some noise!”

This performance by Malaki was like hearing poetry. The energy was cathartic and his presence exhilarating. 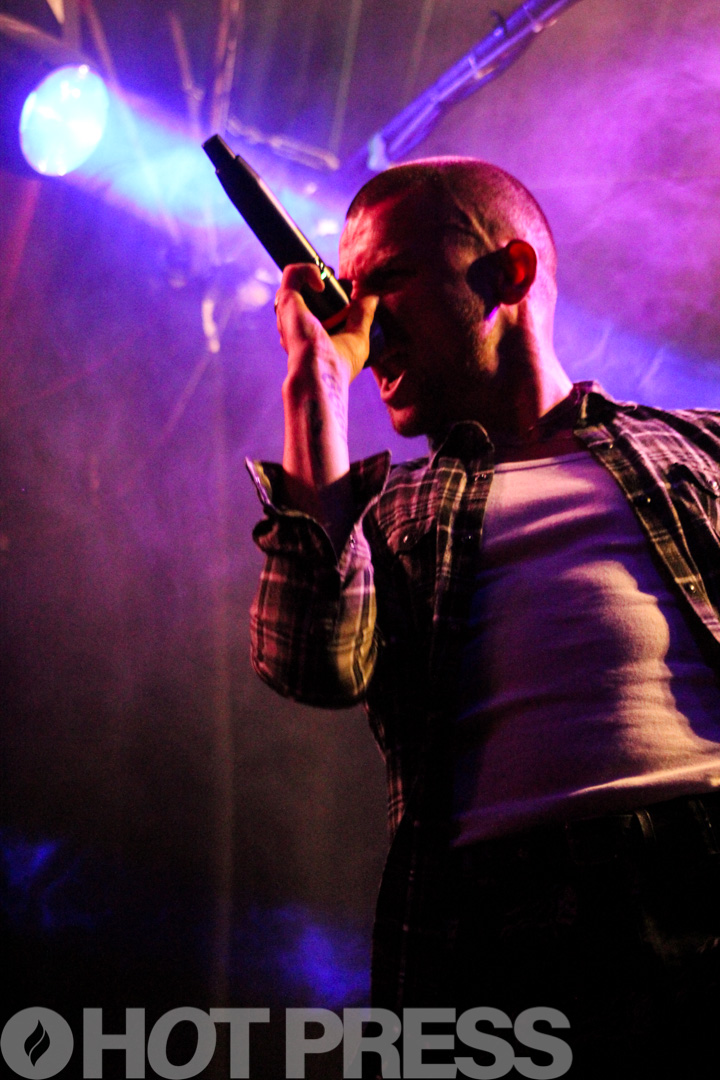 Every person in the room was bouncing up and down, singing together with Malaki. At first to the track, ‘Scumbag,’ chanting “He’s just another scumbag” and later during ‘46a’, shouting out the “A!” at the end of “But I guess I’m catching feelings on the 46…A!”

Closing the show on a high note was Malaki doing a split jump into the dance circle he had created in the centre of the audience.

A successful first night of The Road To The Great Escape to say the least...

Countdown to Longitude - Kojaque: "I don’t have a date yet, but I’m working on new music and I like how it’s sounding"
Soda Blonde to play Vicar Street Dublin this December
My Therapist Ghosted Me podcast announce run at Dublin's Gaiety Theatre