It was a cold and rainy night in Dublin, but the vibes in the 3Olympia Theatre were warm, inviting, and ready for Gemma Dunleavy's raucous debut at the Dame Street venue.

The rather sparse but steadily growing crowd were mingling about the theatre when Henry Earnest, the first of two opening acts, took the stage. Unfortunately, the synth-pop musicians' set suffered miscues and technical issues, with much of it spent vamping and fiddling with various nobs and wires. Nevertheless, the crowd found a way to dance throughout.

The second opener, Ballymun-based Bricknasty, served up a lively genre cocktail that blended hip-hop, R&B, 90s grunge, smooth jazz, and disco. The band showed a surprising level of musical agility as they hopped from the hyper-lyrical chaos of 'Breakfast on Pluto' to the sparse slow jam of 'Father'.

The combination of a four-piece band and producer Skidmark, Bricknasty have emerged from the studio as an intensely exciting live act. Paired with a tight knit group of musical peers – including Tebi Rex, Khakikid and DeCarteret - they are set on bringing their brand of sardonic, neo-soul to a broader, younger Irish audience while staying true to the classics. Bricknasty are certainly a group worth keeping your eye on.

When the curtain went up to reveal a wide open stage and set of Sheriff Youth Club jerseys hanging across a clothesline, it was clear the audience wore their Gemma Dunleavy hearts on their sleeves. 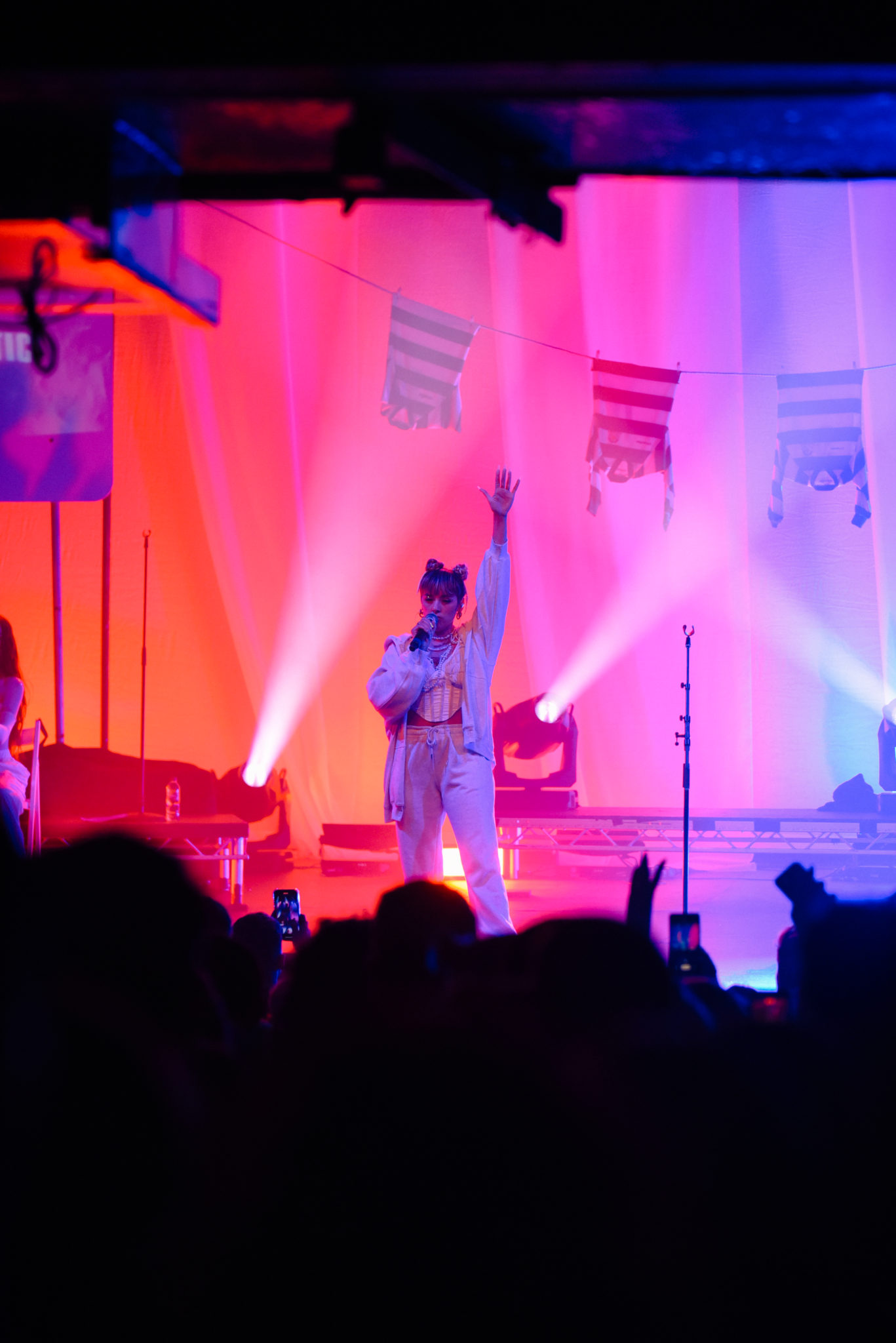 While the crowd was not as large as some 3Olympia shows, you would be hard pressed to find any throng of concert goers in the whole country as spirited as Dunleavy’s audience on Friday. It felt like the whole venue was part of her family. Many of them actually were, but even those without blood relations seem to have a very special connection to the North Inner City singer.

Born and raised on Sheriff Street, the young artist witnessed the impact of drugs, poverty, and authoritative neglect first hand. Her music now serves as a love letter to a community that is far too often overlooked.

Dunleavy opened her set with the smooth pop crooning of 'Cruisin'. “I wanted to start with a bop,” she tells the already enraptured crowd.

Her next tune was her 2015 single ‘Jasmine’ that she collaborated on with Manchester-based DJ Murlo. Having such an open stage was a great benefit to Dunleavy's performance as it allowed her to move freely and make the most of the space around her.

After a scorching rendition of her red hot 2019 debut single 'Better for You', the evening took a more topical turn with 'Stop The Lights'- a powerful tribute to Terence Wheelock, a 20-year-old Summerville resident who died in 2005 while in Garda custody.

As Dunleavy sang amidst the flash of red and blue lights, an image of the young man was projected onto the curtain. “Justice for Terence,” it read.

The singer stayed in this powerful vein with 'Setting Son'. The track from her 2020 EP UP DE FLATS was dedicated to “all the mothers out there who keep believing and fight tooth and nail to give their kids the best chance”. Dunleavy’s cousin Antoinette joined her for this song and several others, blowing away the crowd with her powerful vocals. 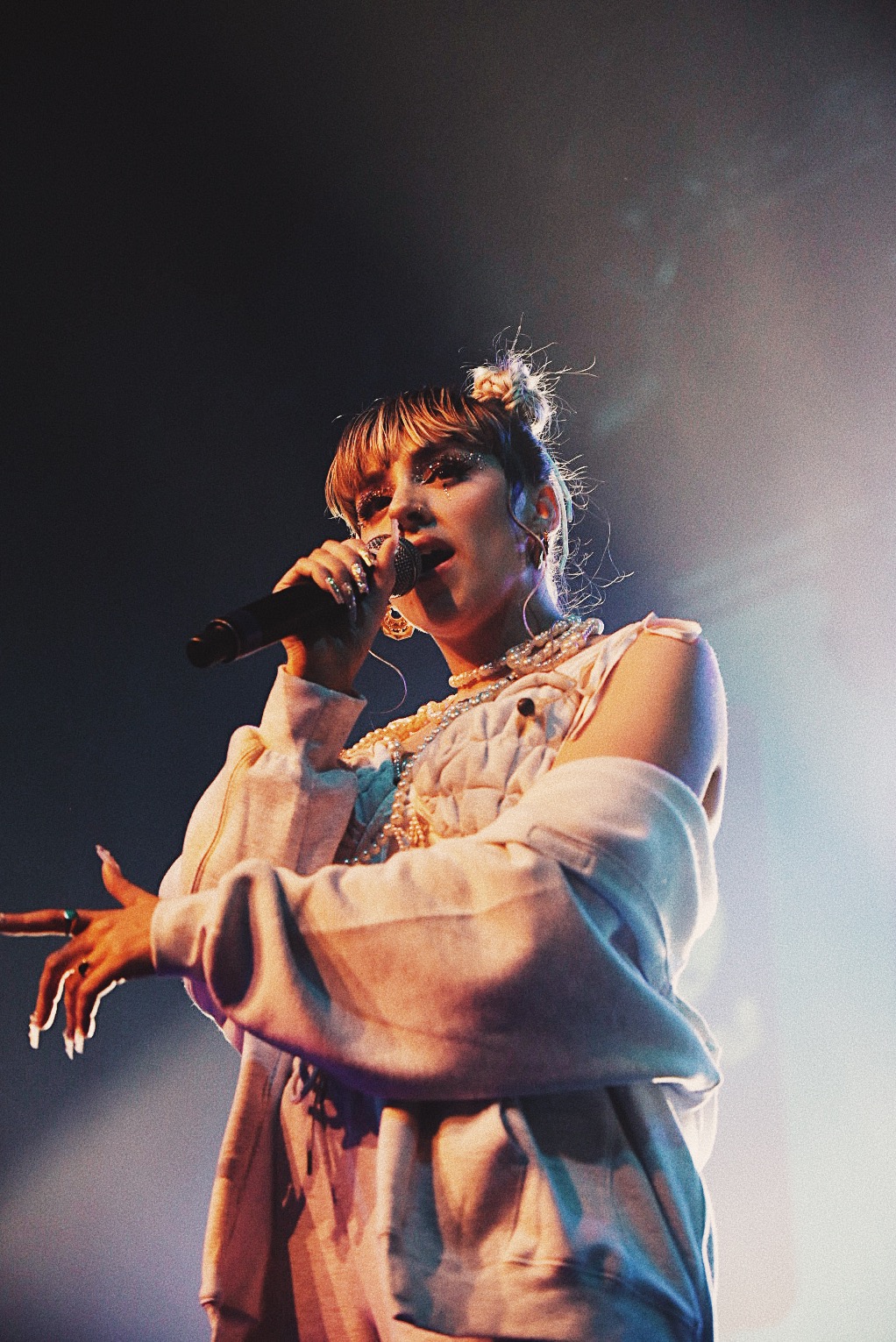 After a few more fierce and infectiously catchy tracks from UP DE FLATS, Gemma momentarily left the stage. This provided a welcome opportunity for the members of her band to showcase their skills as soloists.

After two wonderful solos by her harpist and saxophone player, the R&B/pop artist brought her friends and family onto the stage for one more song. With the help of the crowd- on stage and in the venue- she shook the walls of the 3Olympia with the title track of her EP, 'Up De Flats'. The song brought Gemma's sensational performance to a joyous close and highlighted the powerful sense of community that her music creates.

Listen to UP DE FLATS below:

WIN: Tickets to the opening night of The Commitments at 3Olympia Theatre
Live Report: Robert Plant Presents Saving Grace Featuring Suzi Dian, 3Olympia Theatre, Dublin
Steve Garrigan: "I've had fans tell me that a Kodaline song has helped them through a difficult time. It's amazing to experience that"