Kanye West will no longer be performing at Coachella
Noah Katz

Since being barred from last Sundays Grammys, a petition to have Donda rapper Kanye West removed from the Coachella line up had garnered over 50,000 signatures.

Kanye West has pulled out of his headline performance at Coachella just days before the festival is set to begin. News of West’s cancellation was first reported by TMZ and has since been confirmed by multiple news outlets.

The two-week festival that starts next Friday is the largest music festival in North America. Other headliners at the festival include Harry Styles, Billie Eilish, Megan Thee Stallion, Doja Cat, and Swedish House Mafia (who will likely fill the now empty Sunday slot).

The reason for West's cancellation has not yet been confirmed, but the decision comes after several weeks of combative and troubling behaviour from the artist. His scheduled performance at last weekend's Grammys was cancelled due to what the Recording Academy found to be “concerning online behaviour”. Prior to the Grammys, he was suspended from Instagram for using a racial slur against TV comic Trevor Noah.

Despite not appearing at Sunday night's Vegas ceremony, Ye won the Best Rap Song award for 'Jail', featuring Jay-Z. The nomination was previously removed while abuser Marilyn Manson was part of the track.

West has been dealing with heavy public criticism over his post divorce behaviour towards Kim Kardashian and her boyfriend Pete Davidson. He has been vocal about his disapproval of his ex-wife's new relationship on social media and recently featured a line in his song 'Easy' saying “God saved me from that crash, just so I could beat Pete Davidson’s ass.” A claymation music video that was posted for the song depicts West kidnapping and burying the New York comedian.

The rapper has been open about his struggles with bipolar disorder. After cancelling the final dates of his 2016 Saint Pablo tour, he was hospitalised for a mental health breakdown.

He was also reportedly planning to bring rapper Travis Scott on stage with him during his Coachella performance. The performance would have marked Scott's first large-capacity performance since a crowd crush killed 10 people at his Astroworld concert last November. Scott was set to headline Coachella in 2020 before the festival was delayed till 2022 due to the COVID-19 pandemic.

Kanye had previously threatened to pull out of this years festival if fellow headliner Billie Eilish did not apologise to Scott, whom he believed she had insulted while helping out a fan at a show not long after the Astroworld tragedy.

Coachella, which will once again be held at the Empire Polo Ground in Indio California, has already sold out its daily ticket capacity. Back in October, Coachella announced that attendees would not have to be fully vaccinated to go to the festival. 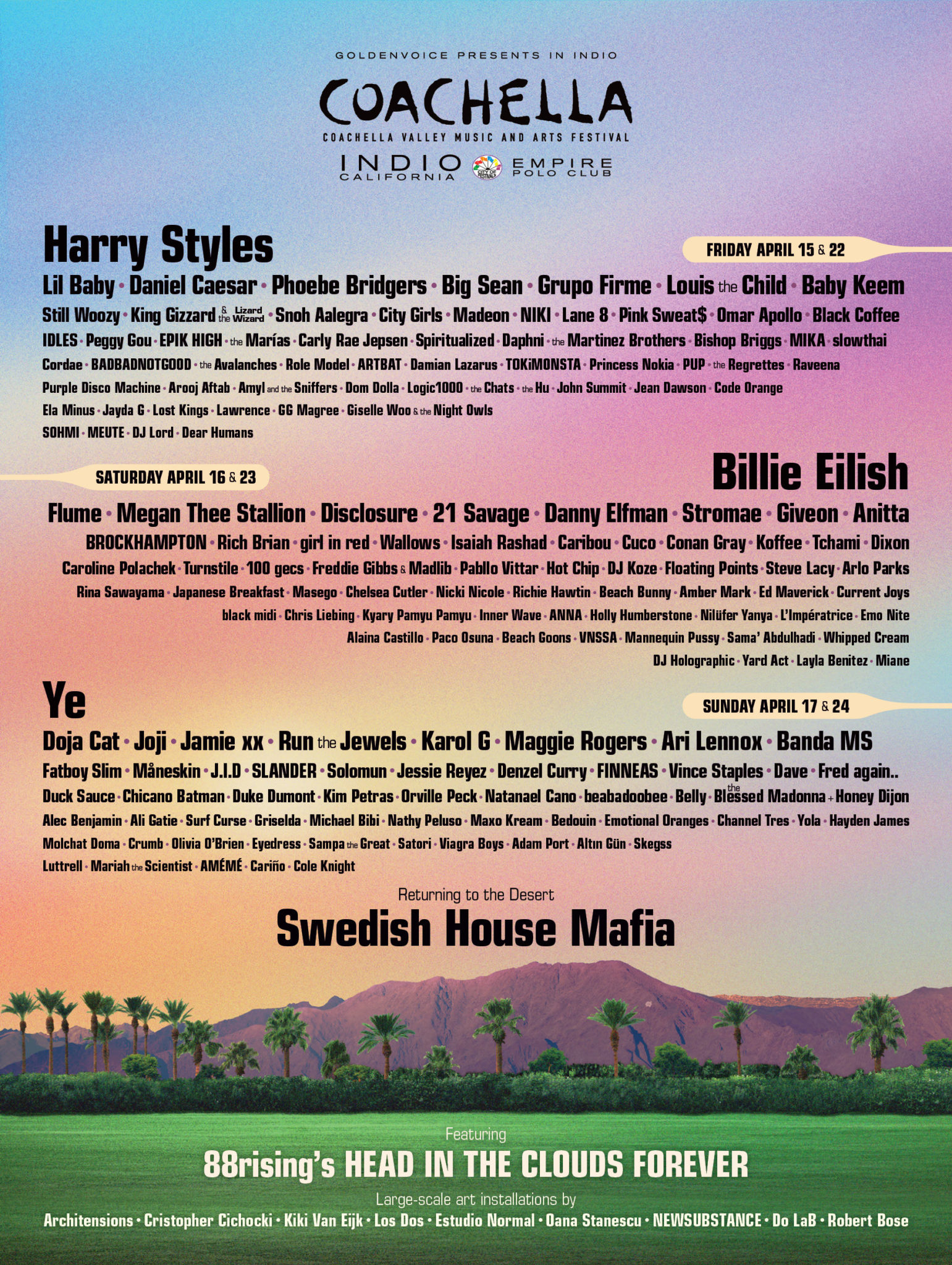