Ireland’s Finance Minister Paschal Donohoe Turns To Bob Dylan To Get Him Through The Covid-19 Crisis
By: The Hot Press Newsdesk

Ireland’s Minister for Finance Paschal Donohoe has spoken in the past about his interest in music. But he has taken that obsession even further recently, as he plots Ireland’s way out of lockdown

Paschal Donohoe, the Irish Minister for Finance & Public Expenditure and Reform, has told business leaders that he has turned to the great songwriting maestro Bob Dylan for inspiration during lockdown.

"During this valuable session with Minister Donohoe,” attendees were promised in advance, “we will discuss the current business, economic and market challenges facing companies in Ireland today, as we deal with COVID-19.”

There was much said of substance on all of those themes. However, it was when it turned to the issue of how the Minister was getting through the lockdown period that heads were turned – metaphorically speaking of course.

Paschal Donohoe (pictured) has spoken in the past of his interest in music. He grew up reading Hot Press and in an interview conducted by Jason O’Toole for Hot Press in 2016, he recalled reading reviews in the magazine of albums like Elvis Costello’s Spike and REM’s Green and buying copies on the basis of what he had read.

“Jason, I’ve read and bought Hot Press for 20 years,” Paschal told Jason, when the interview was being set up. “I could not be more familiar with you and your interviews. Would be delighted to do it. I’m up to my eyeballs this week – would next week suit?”

Speaking on a different occasion about the cancellation of the series of Garth Brooks gigs in Croke Park, he revealed his interest in a deeper kind of country music. “I'm more of a Gillian Welch man myself,” he told Hot Press editor Niall Stokes.

In relation to getting through lockdown, Paschal Donohoe told listeners to the EY session that he was getting some exercise, while adhering to all the guidelines set out by the HSE and the Government. He went on to say he is a big reader and a music fan. “I’ve set myself the target of listening to all of Bob Dylan’s albums,” he stated, to gasps that were of course not audible, given the virtual nature of the event. “I’m currently in the 1970s.”

On the one hand this means that Paschal has a long road still to travel, before he can say he has listened to all of the Nobel Prize-winning songwriter's work. On the other, it means that he will already have listened to many songs that will surely resonate in the current dark times – and might even offer hints of a way forward.

Asked for examples, one of Hot Press’ resident Dylan-ologists immediately cited ‘A Hard Rain’s a-Gonna Fall’, (Freewheelin’ Bob Dylan, 1963), ’The Times They Are A Changin’’ (from the album of the same name, 1963), 'Chimes of Freedom’ (Another Side of Bob Dylan 1964), ’Subterranean Homesick Blues’, (Bringing It All Back Home 1965), ‘Desolation Row’ (Highway 61 Revisited, 1965), ‘Dear Landlord’ and ‘I Pity The Poor Immigrant’ (both John Wesley Harding, 1967) and ‘Day of the Locusts’ (New Morning 1970) as ones that might carry coded messages for political leaders amid the current crisis. 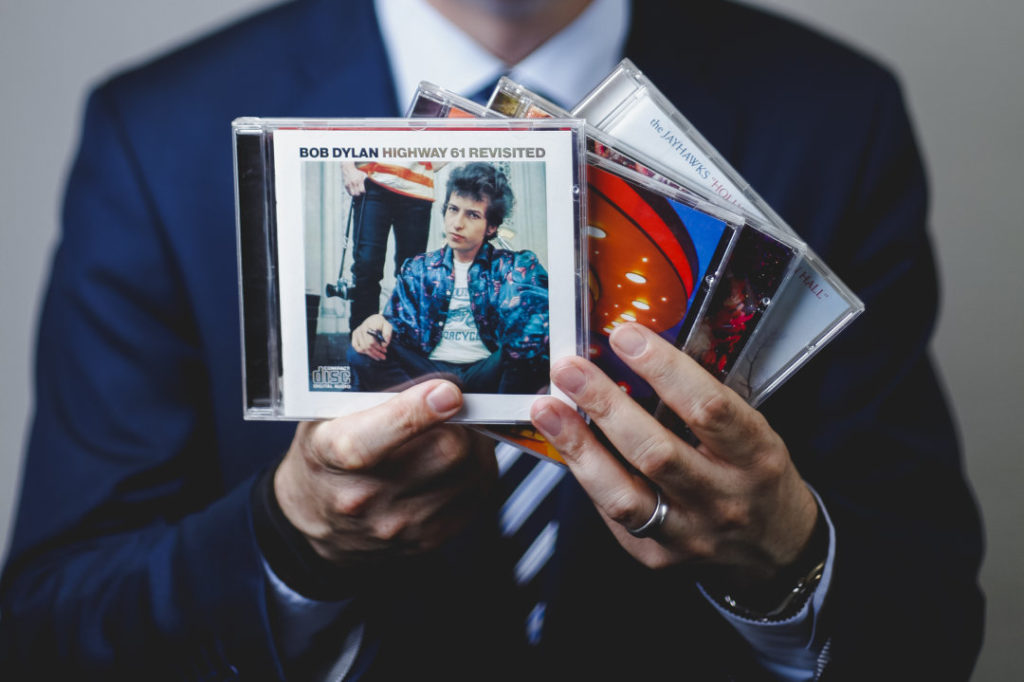 
“Paschal Donohoe might have stopped to dwell on ‘It’s Alright Ma, I’m Only Bleeding (Bringing It All Back Home, 1965) which has numerous immortal lines,” our Dylan expert hinted. "That includes one that might have struck the listeners at Ernst & Young as rather too close to the bone: 'Money doesn’t talk it swears'.

“Which inevitably, and immediately, brings to mind the political system in the United States of America,” our man added, "and specifically the individual who has made such a complete disaster of leading his country’s response to Covid-19, a certain Donald Trump. Aficionados might recall that there is another line from the same song, which is in its own way utterly scarifying: 'Even the President of the United States/ sometimes must have to stand naked’. It is indeed a very frightening image, and an unpleasant one to boot."

Has Paschal Donohue yet arrived at 1975’s Blood On The Tracks, which contains the lacerating fury of ‘Idiot Wind’. The song was written about a malign ex-, but the chorus could indeed be applied to numerous Prime Ministers and Presidents – now more than ever. Trump, Bolsonaro, Orban, Erdogan – they are all contenders. And then there’s Boris Johnson...

Okay, we changed one word in that lyric. See if you can spot it…

With a powerful and ongoing interest in culture and the arts, Paschal Donohoe is indeed very different to many Ministers for Finance around the world. He wrote short stories before he entered politics. And in the interview he also remembered reading a review of The Dice Man by Luke Rhinehart in Hot Press. Those familiar with that book's theme of making big decisions, based on a roll of the dice, might argue that this approach to moving out of lockdown captures perfectly the process currently being adopted by political leaders across the world!

"I was in secondary school when I started reading Hot Press,” he said, "and it’s been a really big publication all my cultural life. I still buy it. I don’t know if you remember but for many years, when Hot Press were rating albums, they used to do it by having two dice? 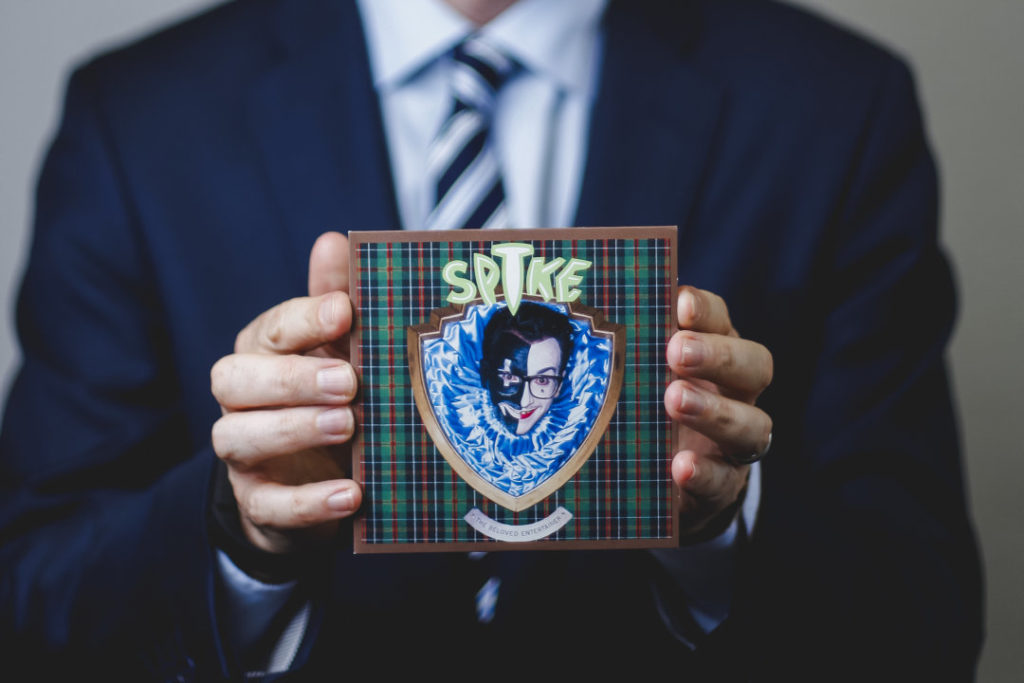 
"One of the earliest memories I have of Hot Press was reading the review of Green by REM – ‘Orange Crush’ was on that album – and never having heard of REM, I remember reading that article and it giving me a hint that there’s a big world out there of music. I can’t remember what the order was, but I read a review in Hot Press of Spike by Elvis Costello. They’re two clear memories that I have of Hot Press. Also the gig reviews – and that’s led me to now being a really big gig-goer. Even in life as a Minister I go to a lot of gigs. And it introduced me to artists, music and albums that have played a huge part in my life."

Which, of course, explains the new obsession with Bob Dylan – who, as it happens, is writing some of the most intense and vibrant songs of his life at the moment.

Album Review: Bob Dylan - Rough And Rowdy Ways
The Verdict on Rough and Rowdy Ways by Bob Dylan: A Record We Need Right Now
U2 - Covered
The 1975 and Gerry Cinnamon star in the Double Cover Special Issue Of Hot Press!
Happy Birthday U2 - Bono At 60
Little Richard (1932 - 2020) Has Died
We use cookies to ensure you get the best experience on our web site - by using this web site you consent to our use of cookies. Read more »