Christopher Dunne is described as having black hair and brown eyes, a slim a build and 5'11". It's believed he's wearing a dark top, blue jeans and blue running sneakers.

Gardaí are looking for any information on Christopher Dunne, a 26-year-old who was last seen in the Old Head area of Garrettstown. He has been missing from his home in Ballinspittle since Thursday, May 19. 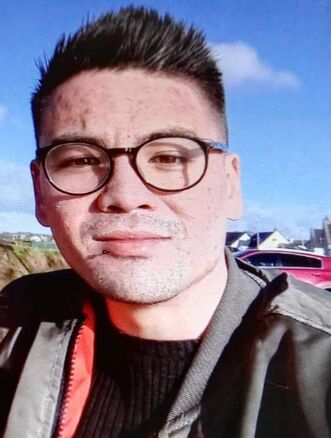 Dunne is described as having black hair and brown eyes, a slim a build and as 5'11". It's believed he is wearing blue running shoes, a dark top and blue jeans.

Gardaí and his family are concerned for his safety, and ask anybody with information on his whereabouts to contact Bandon Garda Station on 023 885 2200 on the Garda Confidential Line on 1800 666 111, or any Garda station.

Leo Varadkar: "I don’t like the idea that people ‘ought’ to have a particular political philosophy because they are brown, or white, or female or gay"
Rising Wicklow quartet Scustin kick off Ireland & UK tour
Anna Mullarkey shares video for 'Falling Apart', announces debut album
Pride 2022: Milestone Moments in LGBTQ History in Ireland
Dea Matrona to take to Dublin City's Aloft rooftop next week
Wolf Alice reach London after flight disaster before Glastonbury performance