John Carson of the DUP blames the Deity for the coronavirus. And if you look at what it says in the bible, well, it is very hard to disagree. Plus: Covid-19 and why it is a bad time to be young.

Ballymena councillor John Carson has taken a bit of a battering for suggesting that the coronavirus pandemic might be God’s way of giving the human race a skelp on the arse for failing to practice proper sexual distancing.

It was our reckless endorsement of homosexuality and abortion which brought the wrath of the Lord upon us, the veteran DUP man declared.

“I said when abortion was legalised that our nation would be judged by God. I was laughed at and mocked by some. But, as I said at the time, they laughed at Noah, until the rain started.”

An Alliance leader dismissed Councillor Carson’s view as “antediluvian.” An interesting choice of words, given that “antediluvian” means “before the Flood.”

God sent the Flood out of anger at the iniquity of the earth. It’s all there in Genesis 6-11. “Then the Lord saw that the wickedness of man was great on the earth, and that every intent of the thoughts of his heart was evil. The Lord was sorry that He had made man on the earth, and He was grieved in His heart.”

“Sorry I ever thought ye up,” seems to have been His sour farewell to the multitudes as they writhed and gasped and gulped their last amid the tumult of water descending.

So why is John Carson being held up to obloquy and ignominy when, truly, he does but speak the word of the Lord?

If He was capable of inflicting such awesome agony on millions because He hadn’t been accorded the respect which He believed was due, why would God balk at flinging fistfuls of coronavirus across the more impertinent world of today? 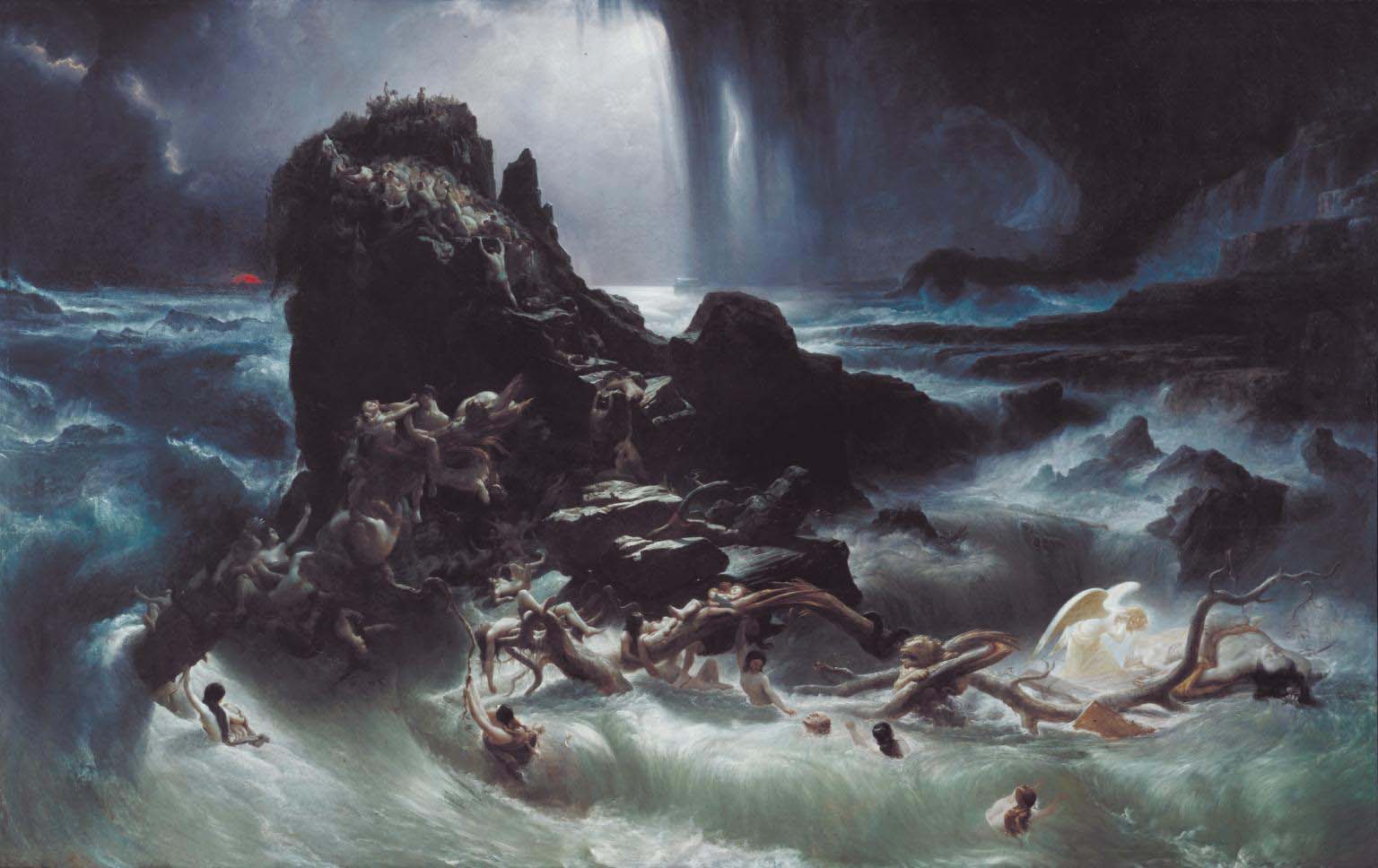 But enough of Ballymena. Let us move on to Exodus, and plagues.

A succession of 10 plagues was visited on the land of Egypt by Yahweh (God in his Israelite manifestation) in retaliation for the Pharaoh refusing to let His chosen people migrate to the land He had promised them.

These plagues were: the Nile turned into an ooze of blood; the earth covered over in a slither of frogs; fly-swarms so thick as to blot out the sun; billows of locusts; eruptions of boils; a barrage of brimstone; darkness at noon; extinction of livestock; a chastisement of scorpions; slaughter of the first-born.

Reason being that the Egyptians had refused to do as they were told. “That’ll larn ye,” Yahweh might grimly have muttered as he departed the scene of his unprecedented 10-in-a-row.

And there’s Sodom and Gomorrah, razed to the ground until there was not a stone left upon a stone nor a living being to suck the scorching air, and all on account of the heinous sin forever associated with Sodom.

Isn’t that more or less what Councillor Carson was saying?

If his warning was so risible that Arlene Foster had to issue a public reprimand, will she join me when, if ever, the self-isolation is over in upturning Savonarola and making a bonfire of Biblical blather? Probably not.

That will be the undoing of the DUP in the end – ideological inconsistency.

Now it is reported that many millions of Catholics have joined Pope Francis in saying a rosary to the Virgin Mary that she might intervene with God and persuade Him to call the pandemic off. He has the power to do it, apparently, but so far just hasn’t been bothered. The theological basis for prayer in this instance appears to be that a clip on the ear from His mother might help Him behave a bit better.

And I see that the Archbishop of Canterbury, Justin Welby, reckons that “Prayer can work as a therapy,” which to my mind is hardly the point.

The more I think on these matters the clearer it seems that Councillor Carson is the only consistent Christian among them.

Don’t give up now, councillor. Give them hell instead.

SUSCEPTIBLE TO THE VIRUS

So Bob Dylan, Mick Jagger, Paul McCartney, Van Morrison, Little Richard and Jerry Lee Lewis arrive in Dublin this day to check out the TOUTS, but are rumbled en route by the Special Branch and taken off in cuffs to Mountjoy. I gather that’s the way of it now in the Republic.

Up here in the occupied Six Counties, there’s a mite more freedom for the septuagenarian community. Some of us are nervy about crossing the border.

Are there snipers on the roofs waiting to pick off any 70-plus citizen who dares poke her head out?

Are there posses on motor bikes waiting at the border, whirling lassos?

Will we see bouncers at the boozers, demanding proof we are not over-age?

Shall we skulk in a laneways pleading with young ones to bring us out a half bottle of Smirnoff?

Contemplating such age-related restrictions, I hear older people on our street lamenting that they’re no longer young and are thus, on top of everything else, more susceptible to the virus. This is a vice-versa way to look at the world.

The over-whelming truth of the period we are traversing is that this is a very bad time to be young.

Oh, and speaking of lassos, it has been revealed that the 37th annual Festival of Cowboy Poetry at Elko, Nevada, has sadly been postponed until March 2021, when the latest Poet Lariat will now be revealed.

Order your copy of the new Hot Press 'Stay Safe' Emergency Issue below.

Jake Scott on new Oasis documentary: "I really wanted to make the film a story about the fans and their relationship with the band, and vice versa"
John Prine celebration 'Souvenirs' to be live streamed from Galway's Mick Lally Theatre
Student Special: Embracing DIY Fashion

Dr Caroline West: "What we want people to do is remember the magic ingredients of good sex, which is consent and communication"
Nine Eleven: The World Would Never Be The Same Again – Or Would It?
It’s Official: Electric Picnic 2021 Has Been Cancelled
Hot Flavours: Taste Of Dublin, El Milagro, Island’s Edge, Irish Beer Map, A Perfect Blend & more
Electric Picnic 2021: It's All Over Bar The Shouting
On This Day 40 Years Ago: The First Slane Gig – Headlined by Thin Lizzy