The aim of Dublin.ie and the Dublin Place Brand is to capture the spirit of the city – and to help people from Ireland, and around the world, get to know the real Dublin…

What makes Dublin such a unique city? According to the people behind Dublin.ie – a vast yet accessible guide-come-love-letter to the capital that is an initiative of Dublin City Council – there’s not one reason but many.

“I grew up in Dublin,” says Anthony McGuinness, Editor for Dublin.ie. “When you go elsewhere in the world to these larger cities, they don’t have the same flavour. Dublin’s a melting pot. You always want to talk about the richness of everything mixed together.”

In 2018, Dublin was voted as one of the top 10 friendliest cities in the world by the readers of Conde Nast Traveller. McGuinness emphasises the importance of the people to the city.

“When visitors come here, one of the chief things they like about Dublin is the people they bump into,” says McGuinness. “If you have a night out, what you are going to do isn’t pre-ordained. There’s random paths down which Dublin can take you.”

Another part of Dublin’s appeal is its nightlife, along with other seemingly endless cultural and entertainment offerings. Mary MacSweeney is Deputy Head of Economic Development and Enterprise at Dublin City Council. “What I love,” she says, “is that, even having been born here, you’re always finding out about something new or some great little place that’s having a music session.” 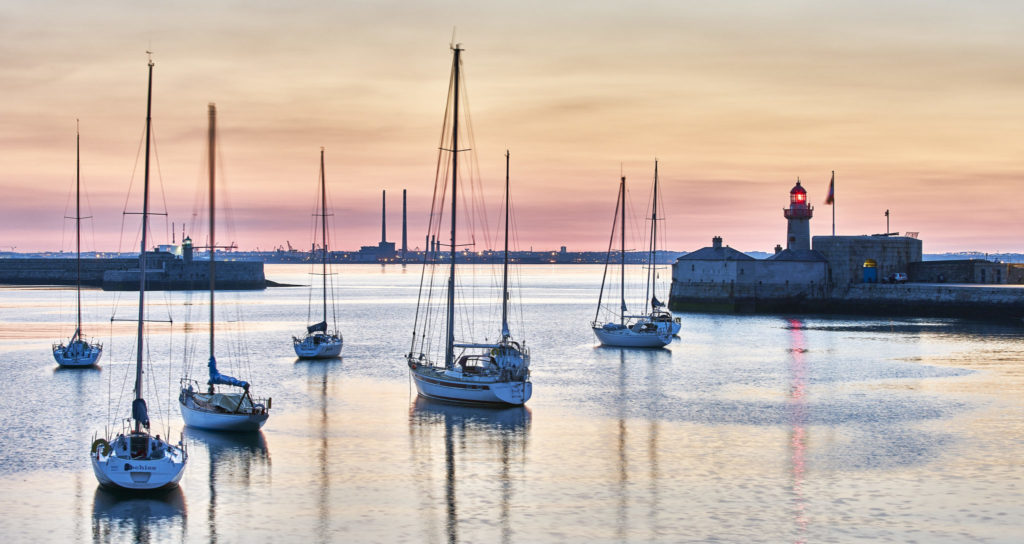 “We see a spike on Thursday in the traffic to the ‘What’s On’ section of Dublin.ie, when people are planning their weekends. We like to feature a mix of cultural and business events including both free and paid. Whatever cash you have in your pocket, there’s something you can enjoy in Dublin.”

The Dublin.ie team are also responsible for Dublin’s Place Brand. The brand is designed to speak to people who are considering Dublin as a place to live, work, study or invest.

A Place To Live

“For those that can base themselves close to the city, it is very compact,” MacSweeney says “More and more people are walking and cycling. Here you can get to most places in 30 minutes once you don’t get caught in traffic.”

The Luas tram system, the DART train system, Dublin Bus and Dublin Bikes are just some of the ways you can navigate around Dublin. On top of the city’s transport interconnectivity, the team see the capital’s variety of events and attractions making it a desirable place to live.

“I’m from Belfast originally,” says Tim Graham, Stakeholder, Engagement and Marketing Officer at Dublin.ie. “Then I lived in London and I moved here from there. Against that background, I see Dublin as a very vibrant city. It’s packed full of things to do and it is developing even more, as we speak.” 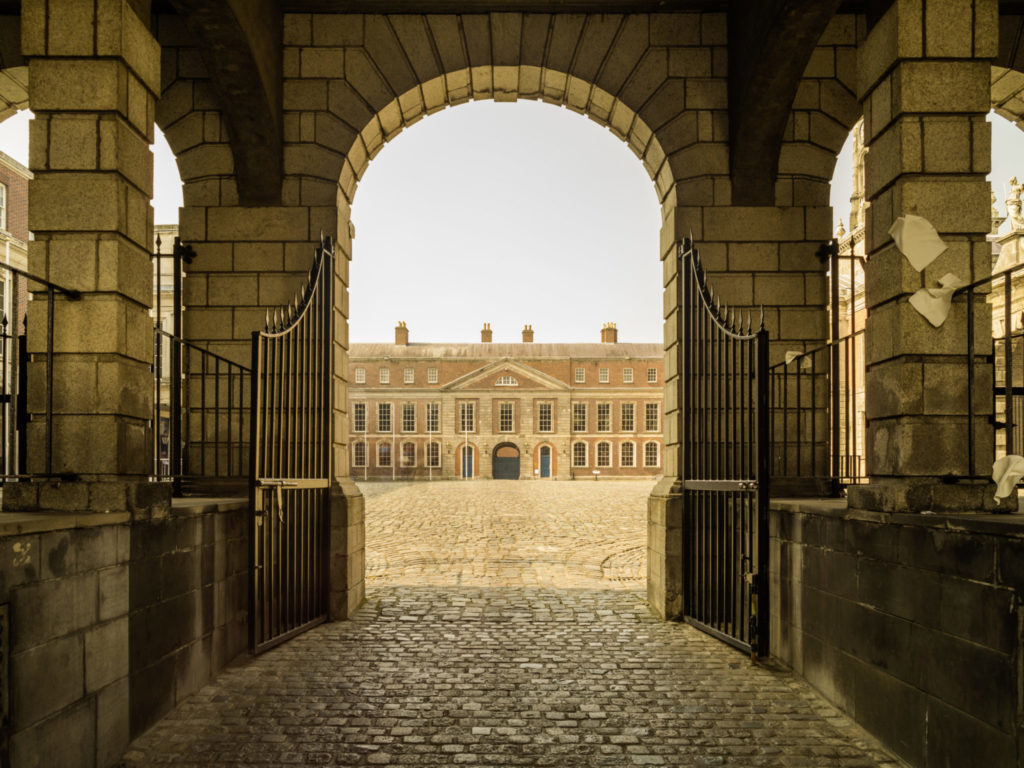 Tourists in the courtyard at Castle hall

The Dublin.ie team each have their own recommendations for what to check out. Anthony McGuinness loves The Little Museum of Dublin (15 St. Stephen’s Green), which has earned praise for its emphasis on entertaining as well as educating.

“There’s a lot to see in a relatively small space and it’s all uniquely Dublin,” says McGuinness. “Whilst we have amazing larger museums and galleries and they’re brilliant in their own right, somewhere small like that is really great to take in.”

Graham is partial to a visit to the Phoenix Park. “It’s right in the centre of Dublin. It’s got absolutely everything. Its cafe won the 2016 Irish Times Café of the Year award. You can go for a tour around the President’s house, Áras an Úachtaráin. I always take people there first and finish off with a drink in the Hole in the Wall pub.”

MacSweeney recommends Dublin Castle. “Again, it’s right in the centre of the city,” she says. “Within it, you have the Chester Beatty Museum, which is stunning and free of charge, and a great restaurant with the Silk Road Cafe.” 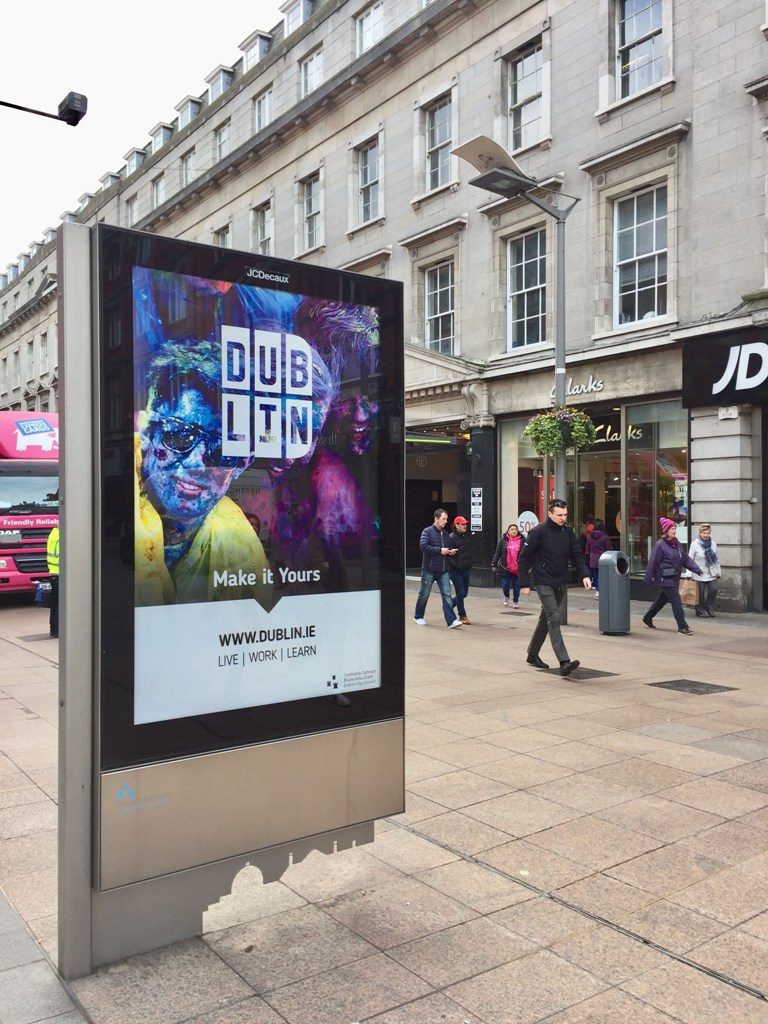 A Place To Work

The group also highlight the increasingly attractive areas of Smithfield and Stoneybatter and the scenic offerings of Dun Laoghaire, Howth and Malahide just outside the city as places of special interest. However, as McGuinness notes, the job opportunities on offer in Dublin are another reason why people settle here.

“Dublin stands out within Europe in terms of the many companies based here doing genuine cutting-edge work – including the likes of Amazon, Facebook, Google, Linkedin and Twitter,” the site editor states.

“It’s a very exciting time to be in Dublin,” Graham adds. “The whole work environment is changing. There are so many start-up hubs like Dogpatch Labs. People are getting the chance to work on lots of different projects.”

Many of these Dublin-based need to look outside the capital for staff. “Big foreign direct investment companies,” MacSweeney explains, “are looking for people with a range of languages for their customer service-related fields.”

There’s lots going on outside tech too. “We’re known as a tech hub,” McGuinness notes, “but there’s so many other industries which are coming up. Even food and drink is thriving. We’ve got so many great restaurants here now. If you’re a chef and looking for a place to base yourself, Dublin is great.”

A Place To Study

Dublin is a great place to study. “There’s a lot of educational institutions in the region,” says McGuinness. “It’s not just the core colleges [DCU, Trinity, UCD]. It’s the layers underneath. The amount of people arriving to study English here has expanded hugely since the recession. So many schools have set-up. It is thriving – and for good reason.”

And further expansion may be on the horizon. “Depending on what happens with Brexit, we may become the only native English-speaking capital in the EU,” notes the site editor. “That will have a bearing on the number of students we attract and the diversity of the places they come from.” Dublin’s educational offer isn’t just about learning English. Far from it! 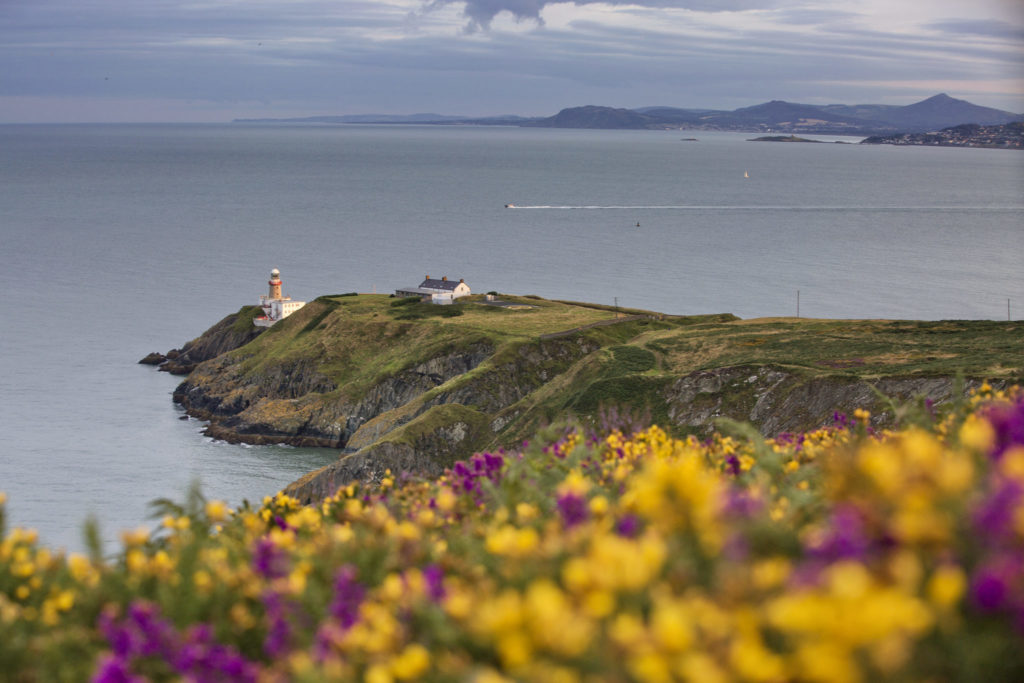 “Dublin’s got a huge number of educational establishments, covering a vast number of courses,” McGuinness says. “People get qualifications here – and that leads to potential job opportunities. People that come here to study frequently end up staying – which is a great sign.”

MacSweeney notes: “A lot of students are concerned about how they are going to pay their way and Dublin has issues in relation to affordability and the availability of accommodation. The city is attempting to address them though and we are making progress. You’d see a lot of students working in the areas of food and entertainment.”

“You get to know people at work,” she adds. “You know, we’ve grown beyond the ‘go to the pub’ culture. There’s lots of places you can go and play board games or meet-up over a range of other activities. Dublin really is a friendly city.”

The rest of 2019 promises to be an exciting time in Dublin. “October and November seem to be two of the busiest months for a lot of the business events as well as the cultural offerings,” MacSweeney observes. And after that comes the hectic Christmas and New Year season.

The Dublin.ie team recommend checking out Startup Week Dublin (Oct 21 – 25); the Bram Stoker Festival (Oct 25 – 28); and the Winter Lights, in which various civic buildings around the city are illuminated, during December.

“For anyone who hasn’t seen the Dublin.ie site, whether you are national or local, there’s interesting content there and hopefully something that will help you enjoy the city more than you currently are,” says MacSweeney. “The team select what content to put up. But we are not promoting any particular product or service. We’re really just promoting this great city that we’re all very proud to be associated with.”

And so say all of us…

Hudson Taylor begin their 2020 album campaign with 'What Do You Mean?'
Poet James McCabe to give lecture on William Butler Yeats
Waves' Kelvin Harrison Jr: "So much of the Black experience, especially in America, has been about trying to catch up and trying to prove that we are worthy"

Happy Out release debut EP 'Is,was,wasn't'
Netflix unveils first trailer for 'The Stranger'
'Late Late Show' line-up revealed, Hermitage Green to guest
Disappointment after Thin Lizzy fail to make Class of 2020 at Rock & Roll Hall of Fame
Lankum release 'Hunting The Wren' live in Dublin, announce Barbican show
'Criminal' Podcast adds second date at Liberty Hall
We use cookies to ensure you get the best experience on our web site - by using this web site you consent to our use of cookies. Read more »