Conor McPherson on Girl from the North Country: "Music does give us such a great amount of relief. It redeems us"
Photo: Leon Farrell/Photocall Ireland.

The wheel has come full circle for Conor McPherson. There was a time when he saw himself as a performer. He longed to act in plays rather than direct them.

“I used to play music in bands when I was in my teens,” he recalls of 1980s Ireland, when Hot Press was young. “That was my first love. There was a puny punk movement and we would set up our own gigs in town, but you’d have to do it all yourself. It was very DIY.”

At college in UCD, the plays of Mamet and O’Neill – “Very male, I guess,” McPherson interjects – proved to be a turning point for the young artist-in-the-making.

“It triggered something in me,” he reflects now. “I loved the way that thought could flow through dialogue, because that felt like real thinking to me. It isn’t straightforward, it has that start-stop energy, which I felt I knew how to create.”

That said, throughout the intervening years, his passion for music remained undimmed. The result is that, remarkably, in 2022, McPherson is sharing a Grammy nomination with Bob Dylan for Best Musical Theatre Album. Blame it on a simple twist of fate...

Set in 1930s Duluth, Minnesota in the crucible of the Great Depression, Girl From The North Country – which uses Dylan’s songs throughout – is the first McPherson play not to take place in Ireland.

“I set it in the 1930s, and to me, it felt like the world was going back to that place at the time,” he says. “It feels, sadly, like it’s resonating with what’s happening in the world now. There’s more and more division and hardship. Nobody ever seems to learn from history. People seem to relate to the universality in it.”

The show design is quintessentially ‘30s, making use of authentic instruments from the era and touching on themes of racism, alcohol abuse and poverty. The characters are a collection of misfits living in a boarding house run by Nick - who represents the “dark heart” of the story. To add atmosphere and provide context, McPherson reinvents the Dylan canon.

“An artist like him comes along once in a generation,” he says of the great Nobel Prize-winning songwriter and many times Hot Press cover star. “It was a sheer pleasure working on Bob’s music and being able to rearrange the songs for our band. The music in the show is used almost the way music is used in a movie. It creates an emotional climate for the story to happen, rather than providing you with narrative facts.” 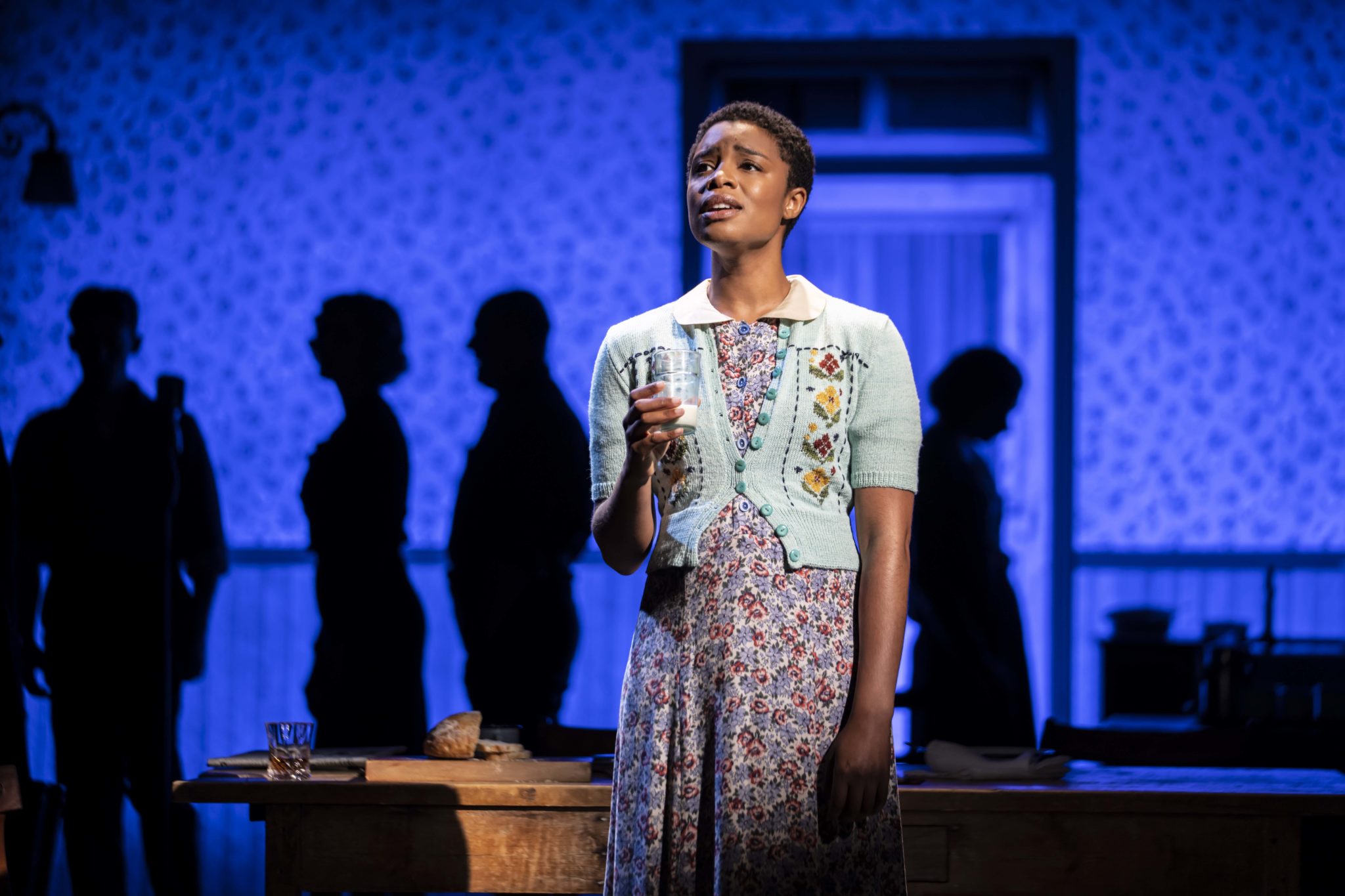 Justina Kehinde as Marianne in Girl From the North Country Credit: Johan Persson/

Notably, the main character is the only one who never gets to sing.

“When a character sings, it gives them a kind of emotional release,” says McPherson. “It gives them transcendence in the theatre. I saw him as this black hole at the centre that all these constellations were revolving around. That’s sort of like Bob Dylan’s music, isn’t it? He’s one of those artists who has a kind of dark heart in his music.”

McPherson has a theory about that.

“I always tell the actors: ‘You have to be as mean as you can be and as unlikeable as you can be because the music will forgive you’. Music does give us such a great amount of relief. It redeems us.”

It was Dylan’s team who contacted McPherson, asking him to write a musical. Despite being a devoted fan of what McPherson calls the “Trio” – Bob Dylan, Neil Young and Van Morrison – he was wary.

“First of all, the idea of a Bob Dylan musical is a horrible idea,” he says with stark, Irish candour. “It always reminds me of, you know the people who make those Spinal Tap movies? It’s like an idea they would have for one of their movies. I wanted to avoid that trap!”

He succeeded. Girl From The North Country opened in 2017 to a warm reception in London, followed by a sold-out New York run at The Public Theatre. After a premiere at the Belasco Theatre in 2020, the production was shut down due to the pandemic. But it hit Broadway earlier this year to rave reviews.

“Yes, it’s a musical on Broadway,” laughs McPherson. “But it’s not one of those ones! It’s very different.”

As to how he managed to make a musical that is not a musical in the traditional sense the playwright is self-deprecating.

“Purely through ignorance,” he says. “It was the only show we knew how to do.”

McPherson’s acknowledges that his work can generally be seen as reflecting his experience as a white man. He often doesn’t write female characters, wary that he might not tell their stories authentically.

“When I was younger,” he explains, “and seeing the world from my limited capacity, the reality I experienced as a writer was that I saw myself as flawed. But I saw other people, people different from me, as not flawed.”

Girl From The North Country moves on from that fear: it includes a Black family in a difficult period in America; a pregnant unmarried daughter; an alcoholic son; a boarding house of poverty-stricken miscreants and mavericks (Sounds like the staff at Hot Press over the years – Ed). McPherson handles it all it with the gentlest of touches. 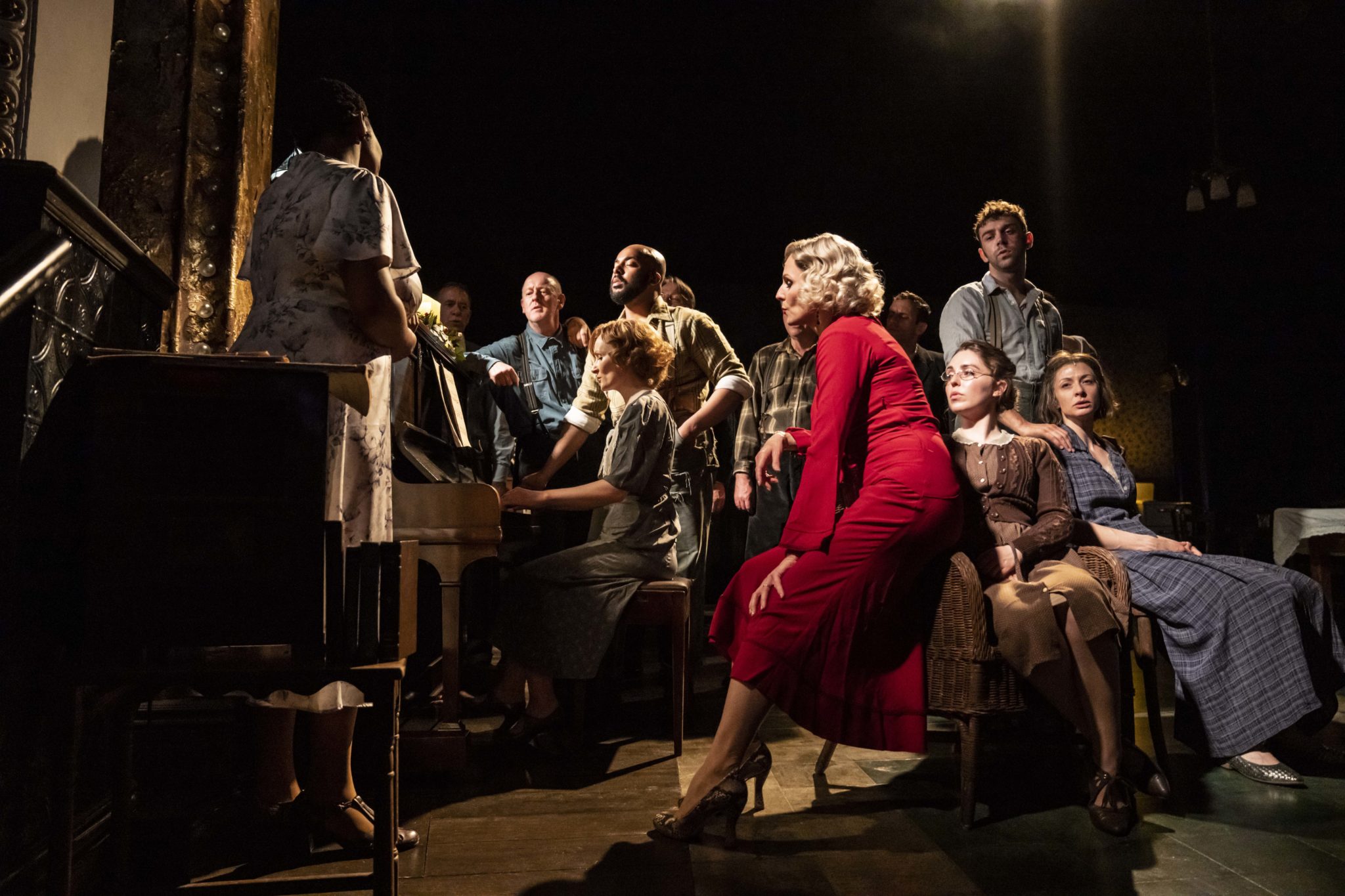 THE OPPOSITE OF WOODSTOCK

McPherson says returning to his hometown with a Broadway musical feels both “strange” and “profound”.

“When you’re doing your work in other countries, you have a certain anonymity. Doing it in Dublin peels off that entire protective layer.”

A young McPherson would have thrown the entire layer into the bin if it meant being able to tell his stories on a Dublin stage.

“When I started writing plays I couldn’t get anything on at any of the local places,” he says. “And so, you just leave.”

I ask him about his musical favourites beyond Van Morrison, Dylan and Young.

“I love Wallis Bird,” he says, “I think she’s amazing and so talented. There were lots of Irish bands who came and went without really making it! Whipping Boy were really interesting. The Prayer Boat were super cool. There were so many bands that went away because they were always in the shadow of U2.

“If anything, my admiration for what U2 achieved just grows because so few people manage to reach that kind of status.”

Of course, Ireland is a very different place now to McPherson’s – and Hot Press’ – formative years.

“It was the ‘80s by the time I became aware of what was going on around me as a cultural person,” he says. “All the teenagers in Ireland went to see the Pope say mass (in 1979). It was the opposite of Woodstock. That was weird, and it felt weird.

“It’s a completely different place now and a free country artistically, where people understand that you have to support and nourish the arts.”

But everything is cyclical – McPherson knows what it means to be inside the circle.

“Someone who’s 20-years-old probably looks at me and thinks, ‘Old fart, doesn’t know anything and I can’t get my work on’. And that’s the way it should be!”

He laughs. “There should be some kid writing a play in their bedroom and thinking everything is shit.”

• Girl From The North Country is playing at Dublin’s 3Olympia until July 30.