The total size of additional spending and tax measures in today's Budget and package of one-off measures is now expected to be around €11 billion.

Arts Minister Catherine Martin has secured €6 million in the 2023 Budget to start a new media funding scheme that will prioritise local democracy and court reporting initially, supporting local, national print and broadcasting. Culture Ireland will receive €6.6 million, which was praised by the National Campaign for the Arts this afternoon.

The minister also secured funding to support artist studios and spaces, the Night-Time Economy, and ‘Speak Up’ funds for a growing, safe and fair environment in the Arts. This will hopefully include soundproofing grants, which will also aid nightclub and night venue plans.

A new Media Development Commissioner (one of three under the new Media Commission) to oversee funding, and development in the sector will also be selected by November. Catherine Martin has been strongly supportive of reducing VAT for print media to zero, advocating for this to Cabinet colleagues since July after her Future of Media Commission report recommended so.

The Minister for Tourism, Culture, Arts, Gaeltacht, Sport and Media also got an agreement for extra tourism funding to support domestic marketing for the sector, sustainable tourism, festival enhancements, a property register of short term lettings, hosting of the US College Football Classic and further digital enhancement for visitor attractions. 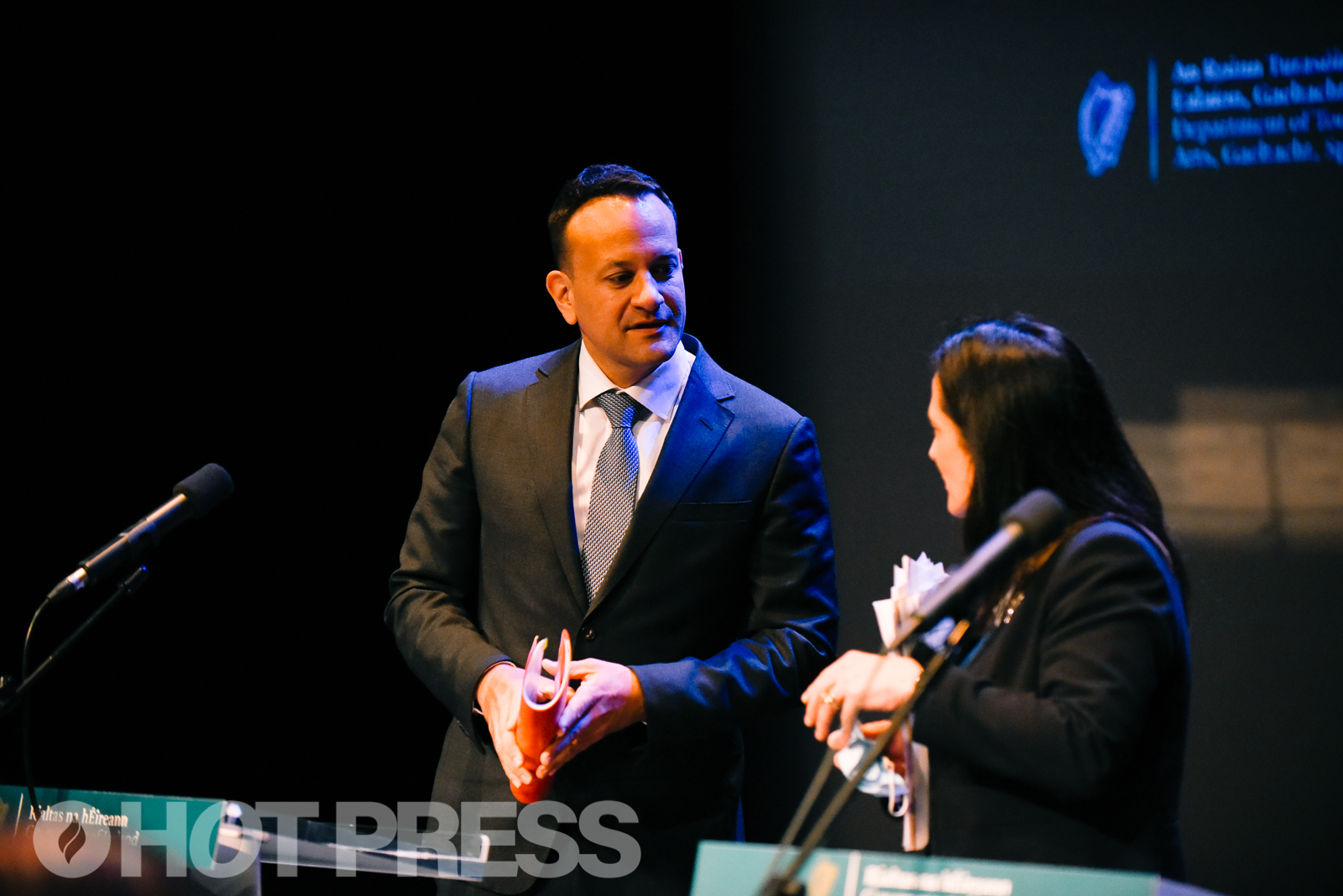 Speaking after a meeting with Minister for Culture Catherine Martin on Friday, Angela Dorgan, chairwoman of the National Campaign for the Arts, was confident regarding State support for the arts. Dorgan shared a statement on the organisation's behalf today.

"National Campaign for the Arts (NCFA) welcomes the budget measures announced by Ministers Donohoe and McGrath," the statement reads. "We are very pleased to see funding of €6.6 million for Culture Ireland, which will address the increased costs of touring abroad and enable Irish artists to continue to showcase their incredible work across the globe after two years of restrictions. The sustained investment in Creative Ireland, and the securing of the ongoing trial of Basic Income for the Arts are also warmly welcomed.

Angela Dorgan, Chair of NCFA celebrated the  continued investment of €130 million in the Arts Council for 2023 - key mechanism for the funding of art, artists, arts workers and arts organisations right across the country.

"It is frustrating that this figure has not increased in line with the other spending increases included in Budget 2023," Dorgan noted, however. "Other measures such as capital funding for climate adaptation, provision of work spaces for artists, night-time economy measures alongside the general supports announced for individuals, families and small businesses are essential measures to ensure our sector survives the challenges of the cost of living crisis being experienced by the whole country."

"We are pleased to have Minister Martin’s commitment to continue to work with Minister Humphreys and her officials in the Department of Social Protection to remove the systemic barriers which prevent disabled artists and arts workers from equal participation in the arts," the chairperson added.

"We look forward to engaging with Minister Martin and her department on the other elements of our pre-Budget submission including investment in research, taxation and insurance reform as well as better equipping our sector for the climate emergency and ensuring we have a fair and diverse workforce. The NCFA Steering Committee wishes to acknowledge the work of Minister Martin and her Department officials, who have listened to the unified voices of our sector. They clearly understand the value of the arts for all society and are brave and vocal allies of the arts community."

🟢 €15M will be made available this year for public service broadcasting, which will address the Future of Media Commission recommendation to provide interim funding to @RTE

Arts Council funding has increased over the past few years after a decade of decline, going from €80 million at the beginning of 2020 to €130 million for the past two years, with increased subvention over the pandemic. There is a long-standing Government pledge to double spending on culture.

Council chairman Kevin Rafter also stated that a minimum amount of €130 million is “locked in” going into 2023.

“I see that as honouring pledges that were made before the pandemic on increasing support for the arts. In fairness to all sides in Leinster House over the last three years, Government and Opposition, there is support for that budget level. The three party leaders in the current Coalition, Leo Varadkar, Micheál Martin and Eamon Ryan, have been hugely supportive of the council on the increase in budget.”

Speaking at the opening of Pallas Projects’ 25 large new artist studios in Dublin 8′s Digital Hub (part-funded by €70,000 from the Arts Council), the Minister said capital for artists’ workspaces was “a priority issue, of holding on to our artists and giving them enhanced spaces and creating new spaces. We want to hold on to what talent is there, but also to help emerging talent stay.”

The news follows high-profile closures of arts venues and studios in Dublin as a result of redevelopment and skyrocketing rents.

The Great Christine McVie of Fleetwood Mac Has Died
Late-night DART and commuter services begin this weekend
Review: "Grounded does for back gardens what Jaws did for oceans