Renowned Rathfarnham DJ Arveene has helped to curate the night at the Sugar Club.

With the confirmed go-ahead for the easing of nightclub restrictions, it's time to get back on the dance floor.

If you're looking to satiate your EDM fix, The Sugar Club is the place to be tomorrow night as Andy Bell, Bon Voyage, Cici and more are set to take the stage.

Ex-Oasis bassist turned DJ Andy Bell, now going by the pseudonym Glok, is sure to get the Sugar Club moving.  The London based musician has worn many hats throughout his career, playing lead guitar in Ride and  Hurricane No. 1 and working as a producer for Swedish indie rock band Weeping Willows. In his latest iteration, he's taken to the turn-tables.

Palmerstown native Cici will also get her turn at the deck, giving the audience a taste of her dark, pulsating beats and mystical tones. Getting her first taste of the spotlight on RTÉ 2’s reality show Fade Street back in 2010, Cici has reinvented herself as a DJ, turning in rainy Dublin for the sunlit beaches of Ibiza.

Also amongst the performers taking the stages are LA-based hip-house trio Bon Voyage. The group is made up of Brooklyn rapper, Shamon Cassette, and two of Dublin’s own house DJs The Supreme and Gucci Cortez.

You can get your tickets here. 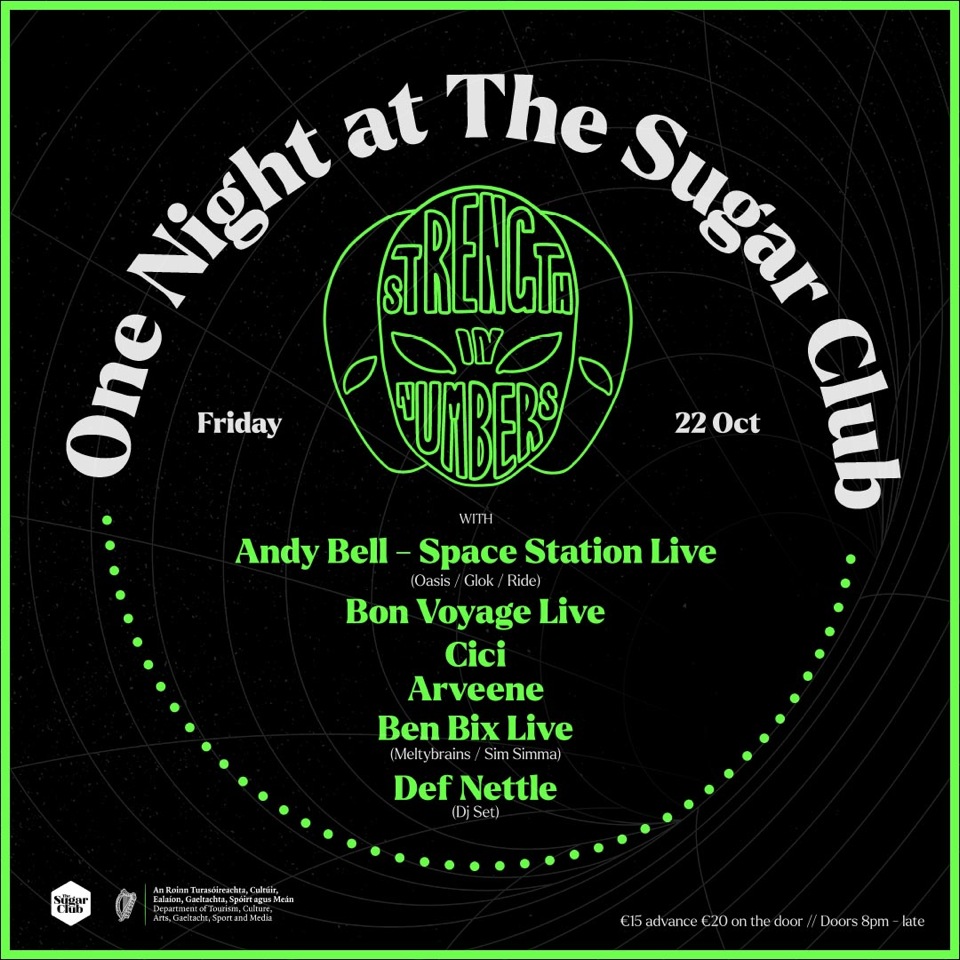