Local businesses have been calling for the pedestrianisation of Merrion Row, which would allow outdoor dining, when the big re-opening starts to take place over the next couple of months. The time to support the idea is now!

The campaign for the pedestrianisation of Merrion Row, close to Government buildings, in Dublin, has been gaining momentum, with the public consultation process for the trial introduction of the scheme ending tomorrow.

The campaign has been led by Gina Murphy (pictured above) of Hugo’s Restaurant – and Gina is optimistic that Dublin City Council will embrace the idea of a "cultural corridor" in the area.

"I gave a formal presentation to DCC Covid Mobility Section on March 23rd re: the pedestrianisation of Merrion Row,” Gina said. "There was overwhelming support from city councillors and businesses on both Merrion Row and the surrounding streets. What we are proposing will create a new Cultural Corridor between museums and galleries. This is how we can re-imagine our cities. It is within our reach – we just need to be brave and grasp it."

The immediate proposals – on which members of the public can express their views until tomorrow, April 30 – are for a partial pedestrianisation, which would allow at least some of the hospitality businesses in the area to have outdoor dining during the summer.

The details of the proposals to reduce traffic on Dublin’s Merrion Row to one lane were recently made available for public consultation. However, it is Murphy's vision of a 'cultural corridor' between the museums and galleries in the area that have captured the imagination of those looking to find new ways of redefining the texture of the capital city.

For a start, however, the important thing is for people to express their support for the initial part-pedestrianisation.

To express your views, go to through this portal and remember: the consultation ends tomorrow, Friday April 30th. If you have a spare moment, give it the thumbs up before the deadline is reached!

• For those unfamiliar with the geography of the area, currently one-quarter of the traffic on Merrion Row comes from Kildare Street, with the remaining traffic coming from St Stephen’s Green East. Under the latest proposals, traffic could still approach from Kildare Street, but traffic coming from the green would divert on to Hume Street and Ely Place to reach Merrion Square or Baggot Street. This would require the current direction of traffic running between Ely Place and Hume Street to be reversed.

If the proposal gains sufficient support, the council will build temporary footpaths on Merrion Row into the roadway to allow for tables and chairs. Outdoor dining would then be permitted on a trial basis during the summer, Covid-19 restrictions permitting. Currently, the hospitality sector is set to reopen on July 7th. 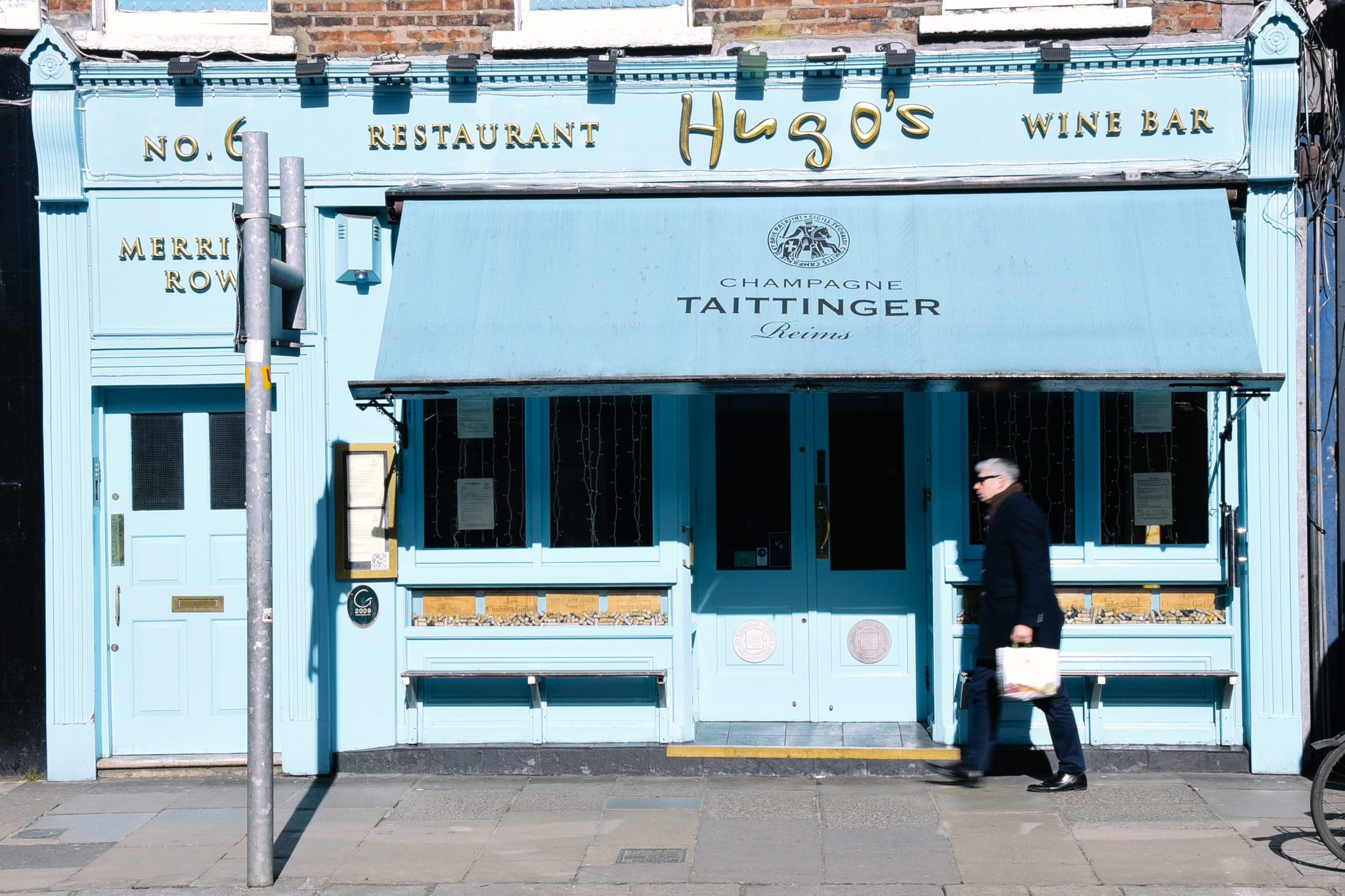 The aims for this experimental pedestrianisation include: