Out now via Merrion Press.

Regarded by many as one of Ireland’s most talented tunesmiths, Belfast-born, Strabane-bred songwriter Paul Brady finally puts pen to paper to tell his life story – and it’s every bit the page turner we hoped it would be.

Featuring a wealth of gripping yarns from his six decades-spanning glittering career, Crazy Dreams takes us from his humble beginnings to sharing stages with Rock ‘N’ Roll Hall Of Famers such as Eric Clapton, Bob Dylan and Tina Turner. Brady’s transition from telling tales via music to sharing stories solely with the written word is seamless. A gifted artist, he gives us a singular account of his career, as well as the politics of both his native North and the music industry as a whole.

Doubtless there will be quibbles with some of the detail of the yarns, but Crazy Dreams is a feast for fans of the former Planxty member, and for students of 20th century Irish music, alike. 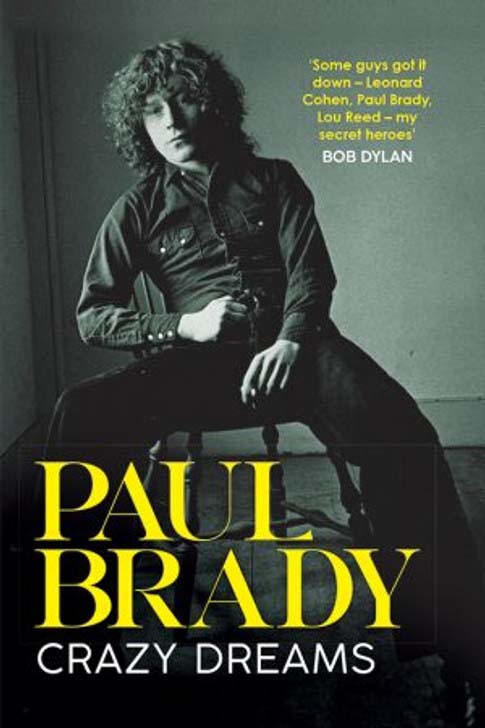 For more book reviews and music features, check out the new issue of Hot Press.

Live Report: Bicep, Kojaque, Gemma Dunleavy and more electrify Saturday's Forbidden Fruit
On this day in 1998: U2, Ash, John Hume and David Trimble took part in the historic Good Friday Agreement gig in Belfast
Live Report: Travi The Native on the Hot Press Y&E Series
Album Review: And So I Watch You From Afar - 'Jettison'
Ricky Warwick: "There was nobody like Phil Lynott - nobody who looked like him, sang like him, wrote or played like him"
Hot for 2022 Irish Acts: Travi The Native