Live Report: The Lumineers keep it simple at the 3Arena
The Lumineers @ 3Arena Dublin 29/11/19 www.peterohanlonphotography.com/Hotpress.com

The Lumineers ended their European tour at Dublin's 3Arena.

Those who expected a big show with fireworks and a whole lot of props at The Lumineers' 3Arena gig on Friday might have been disappointed. The indie folkers kept it simple: Only three triangle screens and a little bit of confetti embroidered the show. Then again, folk never needed a huge show arrangement to have an effect on people.

The fact that The Lumineers are as big as they are and sell out the 3Arena is an oxymoron in itself. But the times, they are a-changin', an iconic folk singer once said. (Indie-)Folk has become an indispensable part of the charts in the past decade. You just can't escape the acoustic tunes of early Sheeran, Capaldi and friends anymore. In fact, the latter currently tops the Irish charts with his latest ballad 'Before You Go'.

So, can The Lumineers pull off a big arena show?

More uptempo hits like 'Ho Hey' and 'Cleopatra' actually made the crowd dance, but songs like 'My Cell' or 'Charlie Boy' failed to create the intimate atmosphere they deserve.

One song that delivered in causa emotionality is 'Leader Of The Landslide'. Part of the reason why the song resonated with the audience might be the personal story attached to the song. Frontman Wesley Schultz revealed that the song is dedicated to someone in his family who battles addiction and is currently living on the streets. His raspy and piercing voice gave you the chills while the sound of rain in the background and the beautiful violin melody did the rest. 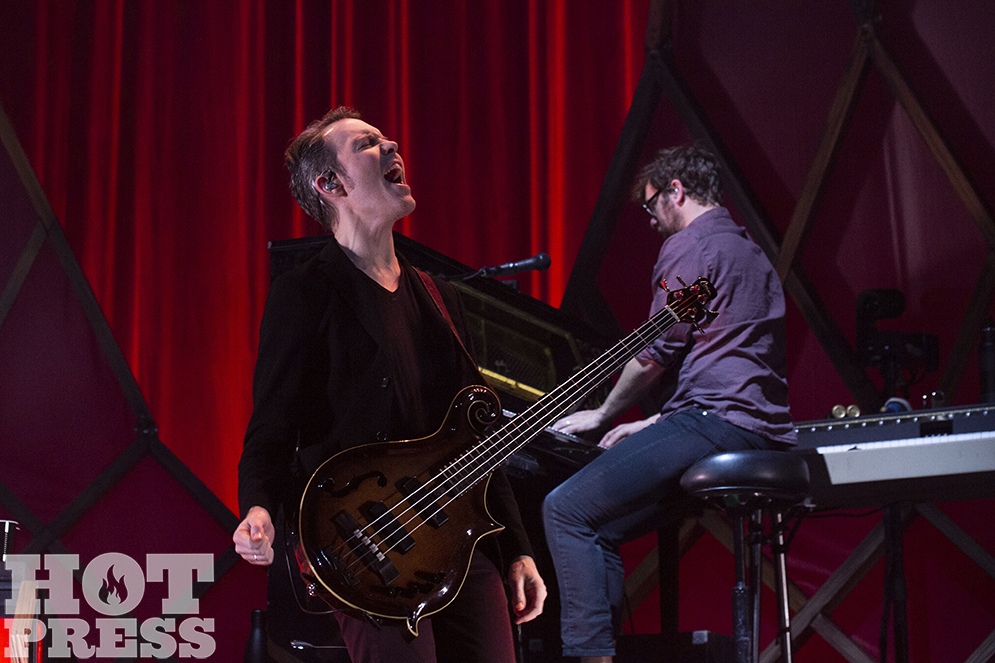 As the concert went on, the atmosphere became increasingly exuberant on stage, in the crowd and on the balcony – the band and and audience seemed to have found their rhythm. During 'Ophelia', Schultz even threw away his tambourine and went into the crowd. A few songs later, Lumineers co-founder Jeremiah Fraites climbed on a piano and danced to encore song 'Angela'.

While there were many singalongs throughout the show, none of them could compare to the one during their last song 'Stubborn Love'. It's cliché (and I might mention it in every live review of mine) but there's just something about a large group of people singing along to sentimental songs that gets to me.

Before they went into 'Stubborn Love', Schultz announced that this was the last European show of their tour. While there were some emotional as well as fun moments, it didn't feel like a particularly special show. They played their songs – and they played them well – but in the end, the connection to the audience got lost in this huge arena. Maybe The Lumineers' performance would have made more sense in a smaller venue. 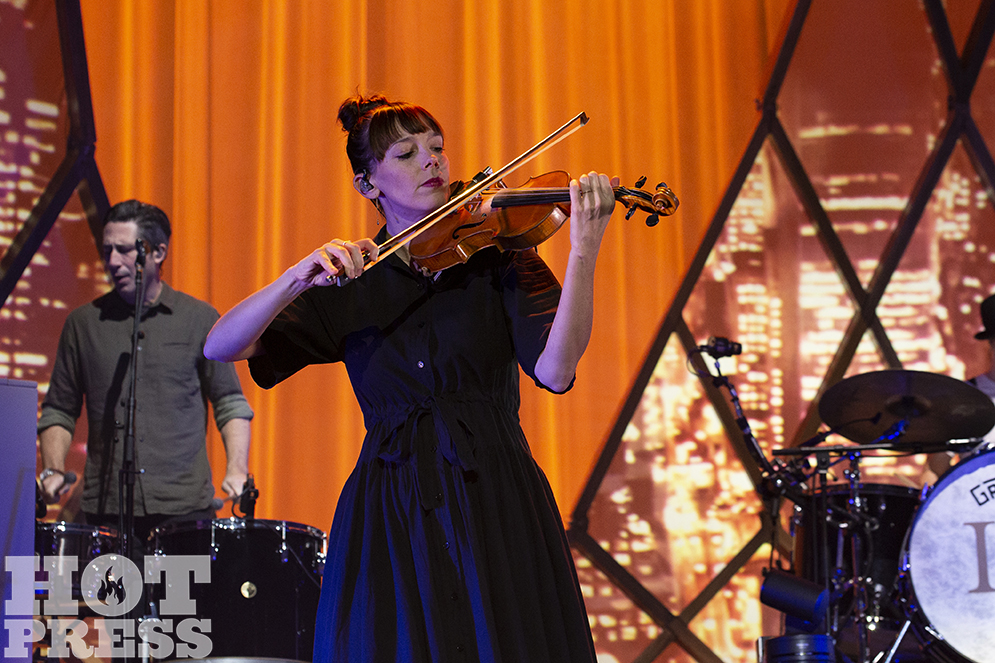