Rex Orange County's first night at the Olympia Theatre was a feel-good concert that soothed the soul.

When the curtains opened at the Olympia Theatre last night, they revealed a big garden, complete with a lawn, flowers, and clouds – and in the middle of it all: Alex O'Connor aka Rex Orange County. It makes sense that he opts for a rather cosy and homey atmosphere as he's not one for big show moves (although he incorporated some mic flips into his performance). After all, O'Connor still seems like a normal lad from Hampshire, UK, who just so happens to be a brilliant and innovative songwriter.

Appearances can be deceiving, though. Rex Orange County just released his third critically-acclaimed album Pony and is currently on a world tour. He may seem like a normal 21-year-old who's still figuring out life, but he is a big deal. Although that figuring-out-life-part might still be true.

That he is indeed someone to look out for is proven by the many teenagers who lined up in front of the Olympia hours before doors opened, and who screamed out every single lyric from the top of their lungs during the show. Seriously, I've been to many concerts but I haven't heard a crowd that loud in a while. It was a beautiful choir that accompanied Rex's sometimes sad and sometimes happy-go-lucky music. 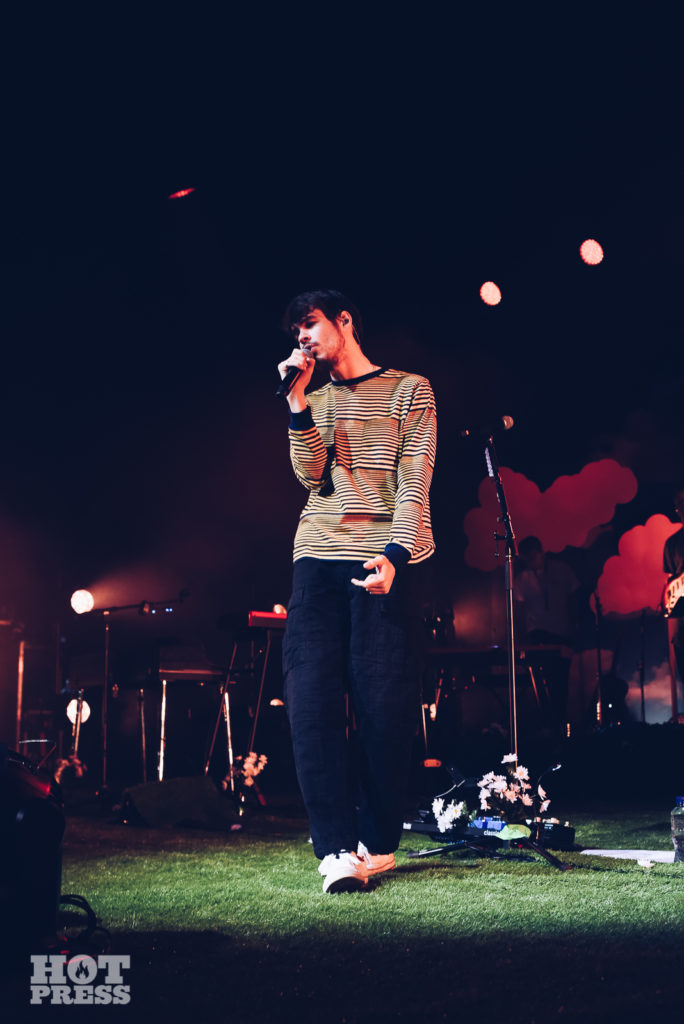 On his records, Rex Orange County plays most of the instruments himself, but this wasn't a one-man-show. He brought some very talented musicians with him – and not only the usual guitar-bass-keyboard-drums combo. His band included a trumpet and a saxophone player, the latter of which occasionally whipped out his flute. He still shows off his multi-instrumentalism and is constantly switching between guitar and piano, very rarely going a song without playing a catchy riff or a fantastic piano fill.

The first part of the show consists mostly of songs from Rex Orange County's new record, including album and show opener '10/10', as well as 'Face To Face' and 'Laser Lights' which combines hip hop with brass influences. He also plays some jams from his sophomore album Apricot Princess, much to the delight of the audience who went crazy to 'Never Enough' and 'Television/So Far So Good'.

"Does anyone know this next one?", he then asks, proving with that typical sarcastic humour that he is indeed from the UK (and not from the US, as many people assume). He's referring to 'Pluto Protector', a beautiful ballad and the second single from Pony.

During the song, a curtain behind him closes, signifying the next part of the show: "It's just you and me now".

The next few songs Rex Orange County performs alone with either a guitar or the piano. The intimate setting not only showcases his talent as a musician but also works well with more personal songs like 'Every Way', 'Happiness' or the upbeat 'Corduroy Dreams' ("This is the first song I ever wrote!"). He even ventures on a cover – 'No One' by Alicia Keys. 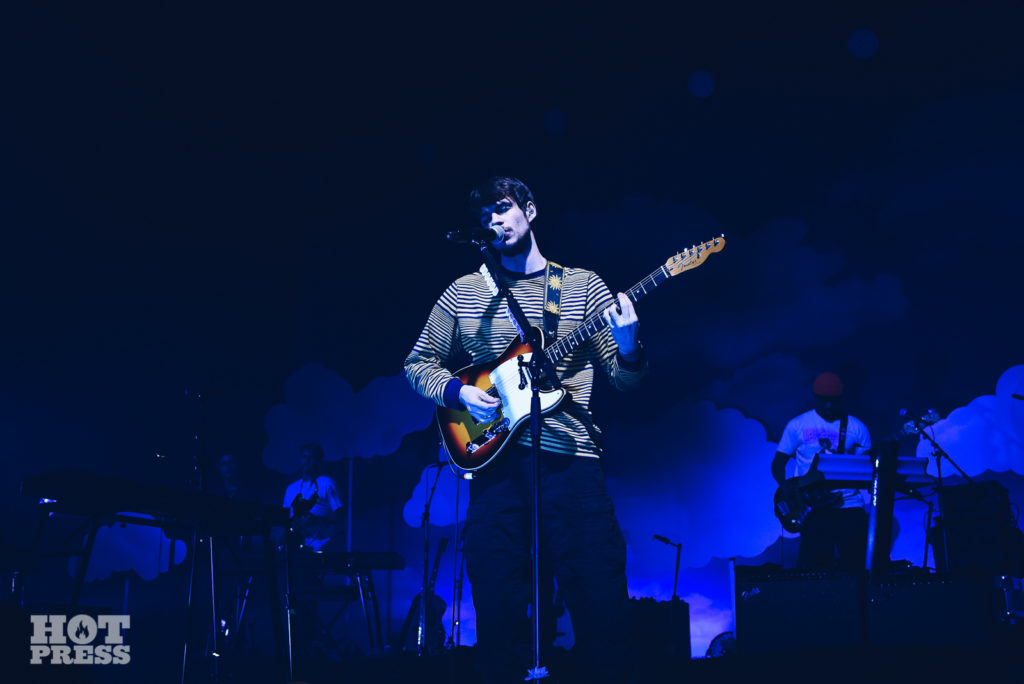 With the chirping birds in 'Never Had The Balls' the curtains fall again, this time reopening to reveal a gigantic inflatable silver pony and colourful disco lights. Naturally, there also had to be confetti raining from the ceiling. It doesn't get more Instagrammable than this.

This last part of the show highlights that Rex Orange County doesn't only make the sad-boy music he is known for. He has some bangers that keep the crowd dancing – 'Sunflower', 'Loving Is Easy' and 'It Gets Better' are just a few examples which even make the singer bust some moves. Is it possible to be dorky and cool at the same time?

Audience favourite 'Best Friend' made for another special moment. During the song, Rex asks the fans to put away their phones and to just enjoy the moment. Who would have thought? The crowd happily obliges and rewards the singer with the longest applause of the evening.

He closes the show with what he does best, however: 'It's Not The Same Anymore' and 'Always' are both slower and emotionally-charged numbers. They leave the audience with a melancholic but warm feeling in their chests that they'll reminisce over for a long time. It was a feel-good, soulful concert for that couldn't and shouldn't have ended any other way.

Rex Orange County might be at the top of his game right now but his show at the Olympia Theatre last night showed how humble and thankful he really is. At times, it seemed like he couldn't believe what he saw, putting his hand on his heart to show his gratitude. It's these moments that make a truly great concert: When artist and fans benefit from each other and together create something magical. 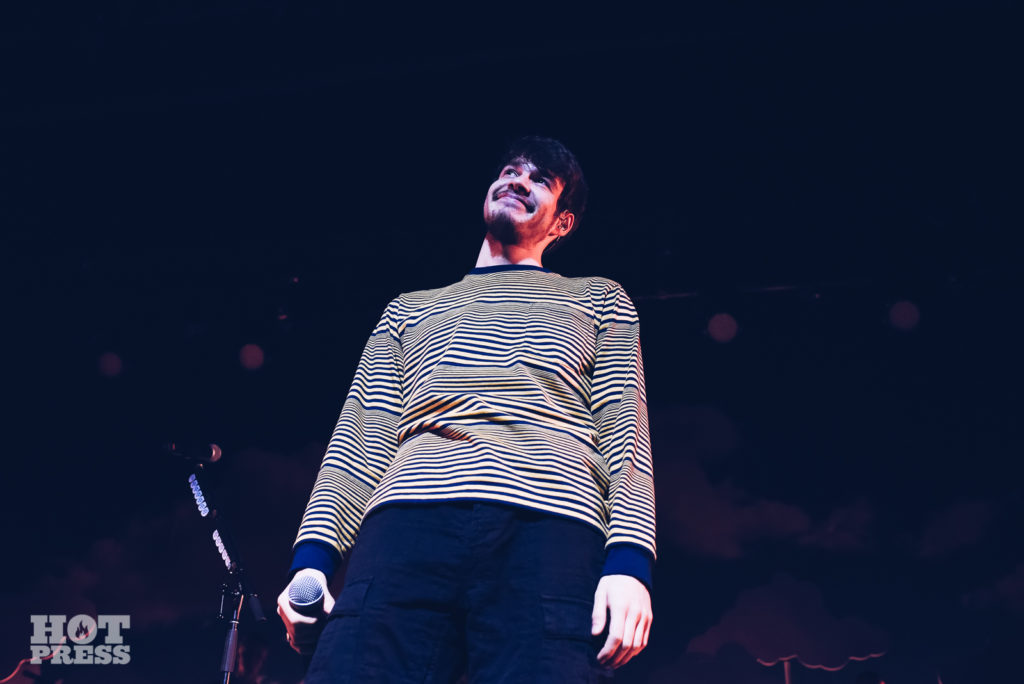 Album Review: Vieux Farka Touré Et Khruangbin - Ali
Live Report: The Black Crowes Shake Your Money Maker at 3Arena, Dublin
Yewande Biala: "A lot of people don’t see police brutality up close in Ireland, so they don’t believe it's here"
Student Special: "Although it's important to be aware of what's happening in the world, doomscrolling is harmful in a plethora of ways"
The Doctor Is In: Seán Millar on Song Writing, Paolo Nutini, Life, and Ruining Everything
Register now for Minding Creative Minds' September meet & greet session